Manali: The Abode of Manu and Hidimba 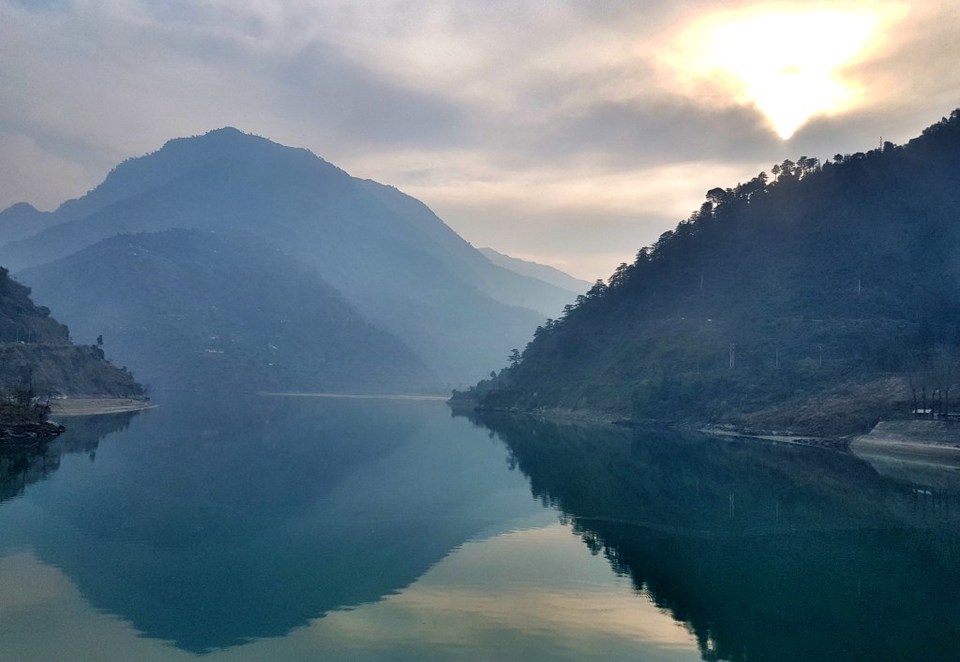 "Find a beautiful place and get lost"

The rivers, the treks, the weather and the general feel of the whole region is very authentic...or so it was. With growing popularity and ease of travel the place is increasingly becoming known for all things Psychedelic, and lets just say I am not just talking about Music or Art here. Not being judgmental here, each to his own, but that's not something that was a call for me to visit Himachal.

I truly wanted to visit the place for what it was originally known for, nature and mythology. Himachal is known as 'Dev Bhoomi' which translates into 'The land of Gods' (Uttarakhand is also known as Dev Bhoomi, cause Himalayas! Duh!). Indian mythology, specifically Hindu mythology refers to various instances of the Gods descending to earth and residing in the lap of Himalayas, around the same region we know as Himachal today. Its quite obvious why such folklores and tales would emerge considering the beauty and the serenity emanating from the surroundings seems to be touched by divinity.

Talking about each and every place in Himachal and the related mythology would take a lot more then just 1 post, so I am going to spare you the trouble of going through an essay and just narrate (in my own style ???? ) the stories of the most popular valley in Himachal.

Manali, does it ring a bell? I'm sure that's not the temple bell but the notorious Psychedelic one I spoke about earlier. But let's not talk about that at all here. Manali is a small town north of Kullu valley, near the Beas river. Its popular as in the past it was trade route to Ladakh an now its a trade route for tourism, acting as a gateway to the Spiti valley.

Now that I have bored you with the demographics of the town, lets get to the story part. Manali is a derivative of the word 'Manu-Alaya' that translates to 'The abode/home of Manu'. Now who is this Manu, the whole town is named after him, must be someone interesting and famous. Well, famous I am not sure, but interesting and important, yes! Manu is the first man according to Hindu mythology. He is the lawmaker, the first king to whom most king trace back their genealogy to. There's a story very similar to 'Noah's Arc, wherein Manu is forewarned of devastating floods by a fish and in Manu builds a ship taking in 2 of each animal and seeds all plants on this earth. After the floods strike, Manu, as prepared is safe and has saved most of the lifeforms on the planet. After the calamity is over, Manu becomes the first person and the father of the next human race. There are a lot of details that I missed out in this story, if you are interested you can read about it here.

But the point is that this legendary town of Manali is said to be the place where, after the great floods, Manu stepped out of his ark and decided to recreate life. There's a temple dedicated to the sage as well, but its a pre-historic temple only recently built.

Quite intense right? End of the world, new beginnings and recreation. All this sounds too deep and spiritual for a small town like Manali. But that's how it is. Mythology, folklore, stories they can infuse a new sense of feeling about a place. You might just look at a town as a quick getaway from the heat and city life, but knowing the history or the local tales about that place can bring the place to life in a magical way.

There's another story about Manali, which has a designated spot to mark the authenticity of the story as well. The Hidimba temple, is a spot bringing the instances from the Mahabharat epic to life to the people in the present day. The story goes that during their exile Pandavas, the five brothers along with their mother stayed in forests in Himachal, when they were confronted by the Rakshas Hidimb, who sends his sister-Hidimba to kill the brothers and their mother and bring to him. Hidimba turns into a beautiful women and reaches out to the brothers to help her. Hidimba, falling off her plan, falls in love with one of the brothers, the mighty Bhim. Bhim eventually defeats Hidimb, marries Hidimba and Hidimba gives birth to their son Gatotkacha. The Temple marks as the remembrance of all these events around the cave where Hidimba is believed to have performed meditation after Bhima, along with his brothers and mother leaves the forest to go back to the kingdom (Ya, that happened). Hidimba devi is worshiped as a deity by the people of Manali.

I guess that's enough mythology for an area with a population less than 10,000. But interesting nevertheless. Its better when you know all these stories before visiting the place, but its even better when you are at your destination and you get to hear some interesting stories to change your perspective. The story of Manu was known to me before I went to Manali, but the story of Hidimba was something I found out only when i visited the temple. I hope to keep stumbling upon such stories from various parts of the country and the world, to give a whole new meaning and direction to my travels. What about you? Do you like hearing such stories about the places you visit?