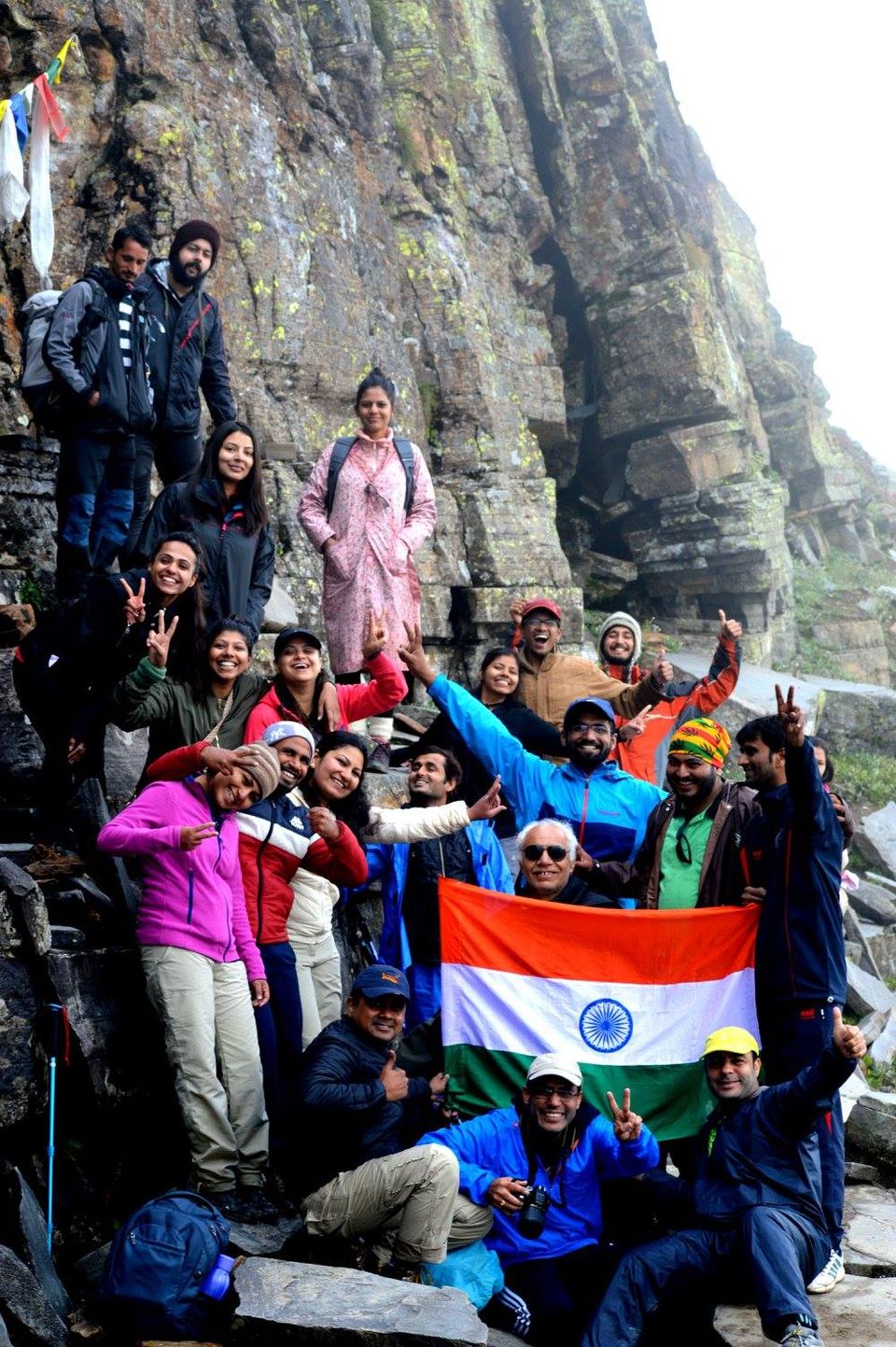 I was planning a trek to the Valley of flowers with Bikat adventure this Monsoon. But due to bad weather condition in Uttarakhand, I decided to postpone it for another month. I contacted Mr. Girish for another option as I had already applied for my leaves. He suggested me Hampta pass trek. In the spur of the moment and without giving it a second thought, I booked it within next one hour while I was still in office. I had a bus from Mandi house to Manali- that I had booked with HPTDC. I was skeptical about doing the bus travel alone. But I met another Solo traveler before and got talking.Later I found out that he was hesitant of his initial plan of Visiting Spiti with some random travel company because of their poor response. I invited him to do the Hampta pass trek with bikat adventure. He was delighted with my invitation and happily agreed to join us. Now all we needed was bikat's approval for this last minute booking. Again Girish came as my savior and helped him in booking and other arrangements.

Since I was traveling solo I was Happy and excited for this unexpected way of beginning of the trek. I was not aware about the no. of females joining me on the trek.I was happy to see so many females for the trek. I was delighted to see that 7 out of a batch of 13 were females.

Our trek began from Jobri village which was the base camp one and half hour drive from Manali. We were two groups. So in total we were 27 including 23 participants. Knowing my experience of trekking in the past Shubham, our trek guide asked me to walk in the front. But I knew that I have a slow pace so I volunteered to walk in the end. I had to make sure that no one is left behind. This is how I saved myself from the embarrassment of being the last in the group.

Initially it was a normal hike through lush green forest but later we came across beautiful meadows. Everyone was excited as well as exhausted due to the previous day being a working day followed by a hectic 12 hours Volvo journey. Some of the participants were very upset because of their heavy backpack. Most of them were first time trekkers and over packed. We trekked for about 3 hours to reach our first camp site of the day Chika. Once we reached our campsite we were welcomed with warm snacks and tomato soup to cheer us. We gobbled them in no time.

After a good night sleep, we began our second day with morning warm up session at 6.30 a.m. It was a long trek of 6 to 7 hours today. The route was all green but a bit steep.

We all were feeling better than the previous day especially the group of 7 as they decided to off load few of their extra backpacks. The view was serene and picturesque. The milestone of the day was when after a long walk we had to cross the chilling water of Rani Naala. But we were happy that it gave us some extra time to relax. I took a power nap while my trek leader was busy helping other participants to cross the river. After trekking the distance of 9 km we reached our second day camp site Balu ka ghera.

Day 3 was the day when we were going to trek the mighty Hampta Pass. Excited and nervous we started our day. The initial few kilometers was a normal hike and we were able to do it easily. The whole valley was green due to the monsoon. We were lucky that we did not face any rain during our trek till then. The steep ascend started from the small lake on our way. The ascent was not only difficult but also very tiring. We crossed green valley and made our way through glaciers. The encouraging words of Shubham and Nikunj kept our spirits up.

Other groups started quite early but we crossed them on our way to the pass. Finally we reached the Pass. The peaks surrounding the Hampta ridge look intimidating. Unconquered Mt. Indrasan was standing tall and was clearly visible from the pass. It was independence day and we decided to hoist our flag at the pass. We stayed there for almost an hour and cherished our achievement to reach 14,009 ft. by clicking group pictures with the tricolor.

Then came the steep descent. But I call myself the queen of descent and was amongst the first few to reach the next camp site shea goru. Four of us reached the camp site almost 40 minute before the rest of the group.

As we crossed the Hampta pass the whole landscape took a twist and the green Kullu valley turns into barren land of Spiti valley. It took a while to absorb the beauty of the surroundings.

We were tired from the day long trek and retired into our tents. It rained quite heavily that night.

Day 4 started with a river crossing. This time we were more scared as we had already experienced the chilled water. The stretch of water was quite long. With this started the trek back to civilization.

The hike to our last camp site Chhatru was a gradual decent through rocks and was an easy hike. Again I was among the first few to reach Chhatru & I have to admit that I forgot my role of walking in the end altogether in the excitement of the descent ;).

It was an easy trek through plains and rocks in between. Chatru is a small place on Manali Kaza Road.The massive mountains of the Pir Panjal and Spiti ranges dominate the entire landscape till the camp site at Chatru. Chatru is a confluence point of paths from Rohtang Pass, Hampta Pass and Spiti.

Once the whole group reached we had our lunch and left for chandrataal.

Throughout the trek we all were looking forward to Chandrataal. Chandra.taal was 3 hours drive from Chhatru. We realized that the drive from chhatru to chandrataal was more tiring than our day’s trek .There were no proper roads till chandrataal. We spent one hour there and then back to Chhatru by 9:00 p.m. We stayed at our camp in the night and back to Manali the next day.

In the morning after breakfast we left for Manali via the Rohtang Pass. Our wonderful trekking in the himalayas and the experience of thrills in Himachal came to an end.

Like all my earlier adventures i again left a part of me here maybe i'll come back someday, maybe i wont but I am glad i had the good luck of seeing this place.