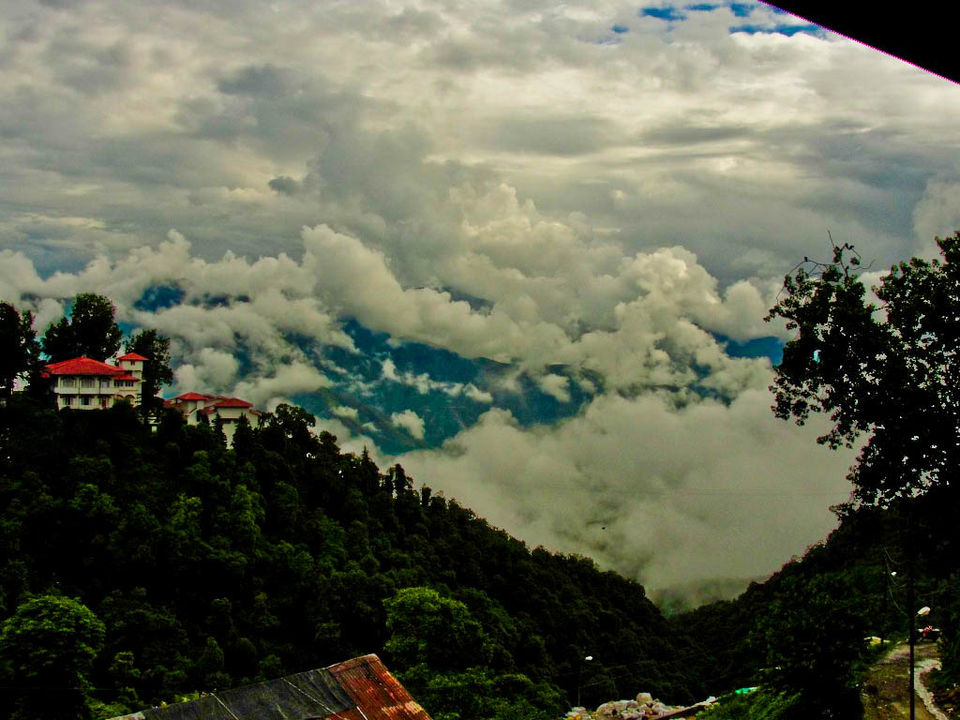 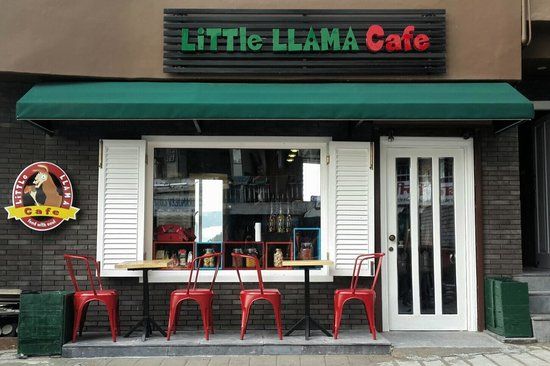 Two days had passed and I still could not get enough of the beautiful place Mussoorie was! It was just perfect with the clouds abound and temperatures that formed captivating smoke while I spoke. Winters had fascinated me since childhood, but living all on my own on a hill station, with silence that stretched to infinity, was once in a lifetime kind of an experience for me. But something even more fascinating had happened! I had met a woman from New Zealand during the dinner buffet at my place of abode for these two days. She had promised to see me again at the Little Llama café today. I wanted to talk to her and know more about her as she was a solo traveler and had held me captive with her extraordinary tales of travel the other day. Being in my regular rather ordinary environment I had never come across such a personality. She was in her mid-thirties, charming and elegant, her eyes spoke volumes about her maturity as they seemed to be wrinkled around the corners. She had an aura of optimism and exuberance. She had straight blonde hair and blue eyes. She would wear kurta, afghani salwar and a pahadi topi to look like someone just from the hills. I reached the Little Llama café before time and waited for her. I ordered for the delicious food out there and her favorite burger as a token of my love to make her smile. She was just on time and impressed me even more with her punctuality and the fact that she had lived up to her promise. Where do you plan to travel next? I enquired in an innocuous tone. I will be travelling to Nepal in a week’s time she replied. She was surprised to see me there, sitting right across the table as she was not expecting me to come over to see her again at her favorite café. I had asked her everything about her travel and life in the first meeting itself and that had inspired me to the core to meet her again. But there were still some questions beyond that, that hadn’t been answered. I did not want to lose this opportunity to satiate my inquisitiveness. I asked her that being a woman didn’t she fear taking such huge travel stints across the globe, where does she get the money and the luxury to be doing that, didn’t she fear the fact that in case things don’t work out well she is just gonna be wandering alone. I kept going on and on as I bombarded her with my silly questions. She waited for me to stop before she could start speaking. In the meanwhile, she started munching the delicious burger but heeded complete attention to what I had to say! Finally when I was done with my blabbering she spoke something to me that still reverberates in my mind like a sound in the hills. Those words made my New Years as special as it could be, and gave me a reason to live when I returned to Delhi. I had read it in the books, watched it in the films, dreamt about such people in my mind, but speaking to a living legend reinvigorated the flame of setting myself free in me. All the questions that had haunted me all this life seemed to have taken a backseat. My fear had surprisingly tapered off with every day that passed post that encounter. I had realized that everything I had wanted in my life started and ended on travel. The only thing that had ever made me feel good about myself was travel and yet unfortunately travel was the only thing I had been most reluctant to take up. I returned back with the focus of taking this up for the rest half of my life. I ditched any other opportunity to work that came my way with just one resolution – It was just travel that was all I was going to do from now on. This New Year resolution seemed to be much more ecstatic than the false promises of shedding weight that I had made to myself in the recent years! I felt liberated, calm, determined and freed as I resolved to live my dream and face all the odds that came my way in order to protect my only reason of existence – travelling. That New Year proved to be a turning point in my life. It wouldn’t have been the same, had I not decided to spend some time with myself.

The words of the mystic traveler from New Zealand

Do what you love and everything else follows. You can make others happy only if you are happy from within. Think about what you want to own 10 years down the line. It is Ok to be happy with a car or a bungalow if that’s what you really want. It would get much scary with time if it is actually something that you don’t want. I had realized it only when I had started travelling on my own that it was only travel that I had wanted from life. I have been divorced thrice because the men I married ran for money. But while I live my dream every day I am happy with all the bad decisions I took as they have just made me realize even stronger that I want to travel. Every person has a story and it is their journey that sets them apart from others. You need not be wealthy or impoverished to be successful. Success isn’t measured in terms of money. It can be measured only in terms of the fact that were you really able to do what you wanted to do. If it is travel that you seek, shed your inhibitions and accept the fact that you already have the answer to all the questions and just get going with what you want. Questions are the face of fear but remember that on the other side of fear lies freedom.

Though she uttered many more words of wisdom that day, her final words left me puzzled, intrigued, speechless yet thoughtful.

Do you really think that Mahatma Gandhi or Warren Buffet are the only people who are successful? They are for sure, but there are quite a few of them around you as well, it’s just that you see them but do not notice them. Although, it’s still a fraction of the entire population but not really difficult to find. Who in your vicinity do you think is really happy, satisfied and successful? Your teacher, friends, relatives?

Much to my amazement I could not think of any of them including myself. All of them had wanted something but they were trapped in the rat race and ended up doing something blatantly different. All of them had enough money, moreover, quest for more money. But none of them ever seemed satisfied with what they did. Lightning struck me as I could finally think of a name and had an answer. I didn’t have the guts to speak it aloud as it somehow pinched my ego more than anything else. I had finally bid the mystic traveler adieu silently without speaking up a single word. But on my way back to the hotel I could still see only one name that flashed all over again in my mind. It was Bablu, the guy who owned the dhaba, near to my hostel!