India Travel GuideIndia TripsBackpacking In India 101: The Best Collection Of Trails In India For Your First Breakaway Trip

Backpacking In India 101: The Best Collection Of Trails in India For Your First Breakaway Trip

'Hey Gunjan! I'm 20 years old (sic) studying in Chennai. My parents have given me permission to travel somewhere within India after my graduation next year. I know you might get this kind (sic) of messages daily but can you suggest some places where I can Backpack?' writes Rohit Ayillath.

I do get a lot of messages Rohit, but few, like yours, I really don't mind answering. Ask the right questions and you’ll get the right answers. So, for everyone who keeps asking me, here are some of the best backpacking destinations in India.

Whether you're hoping to get the biggest bang for your travel buck or just looking for an epic adventure, I've got you covered.

The capital city of J&K can be easily accessed by air from New Delhi, Mumbai and Kolkata. However, most travellers prefer taking the train to Jammu, which is the nearest railhead, followed by a bus or taxi ride to Srinagar.

You can kickstart your journey from Jammu and take it all way up to the Himalayan land of Ladakh. If I may suggest, your itinerary should include the following places: 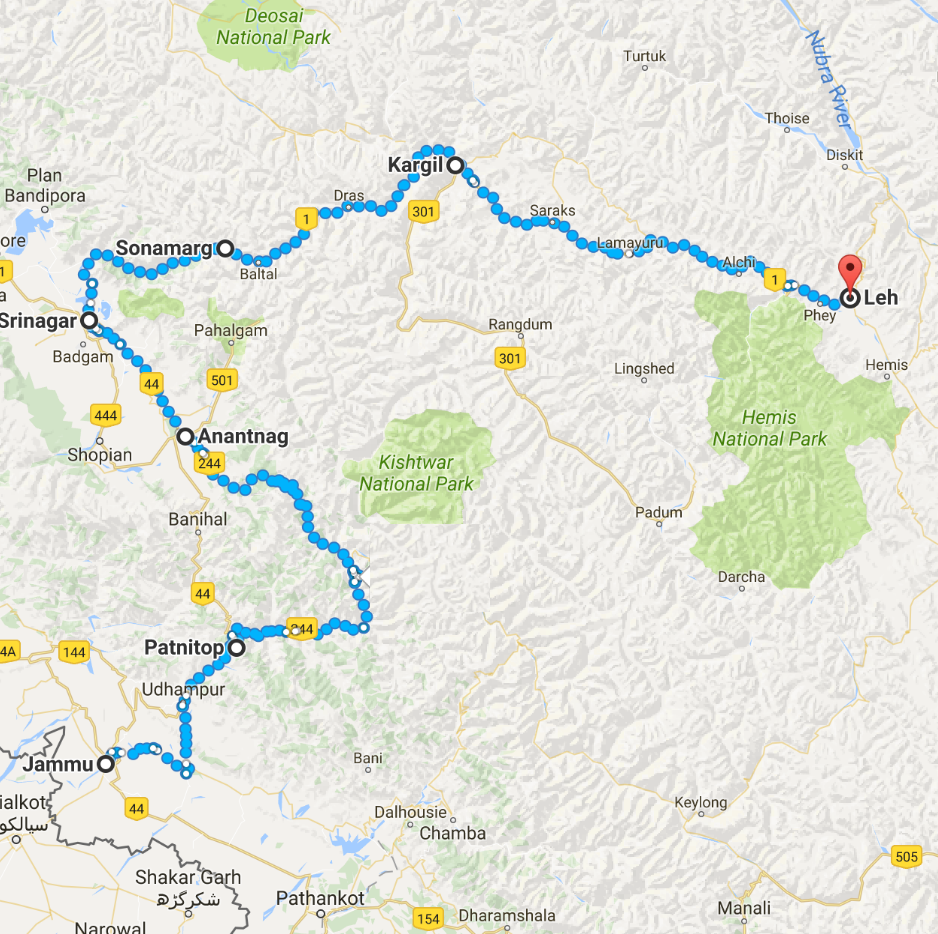 Suggested halts : Out of the seven spots, you can stay and unwind at Jammu, Srinagar and finally Ladakh.

Jammu : Airbnb will give you something for as low as ₹900 for two people travelling together. Find such properties here.

Srinagar : Stay at Shangri-La where you will get a spectacular view of the world famous Dal lake only for ₹869.

Leh : Stay at the Tsetan Guest House for ₹689 per night. 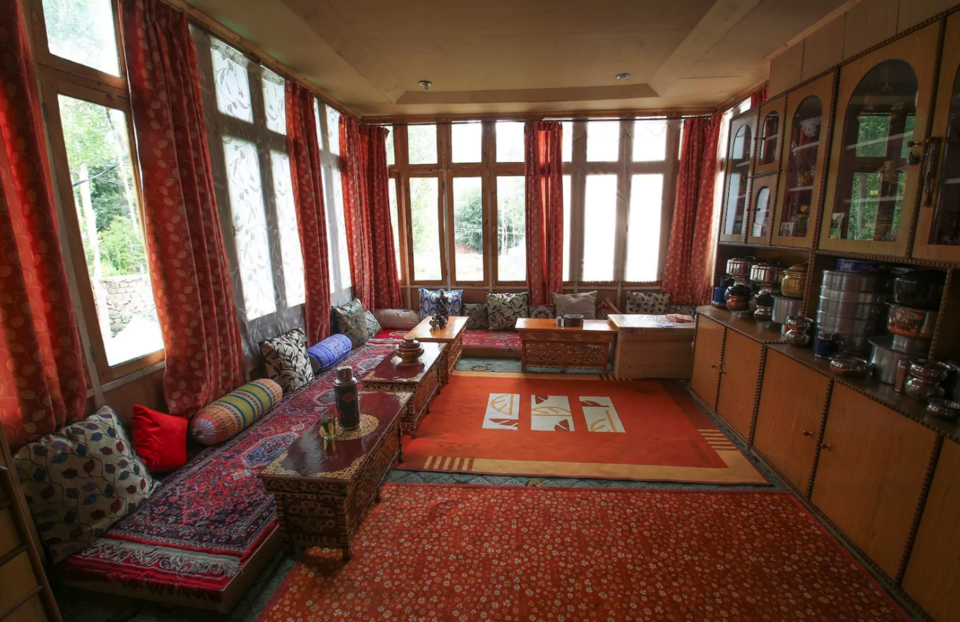 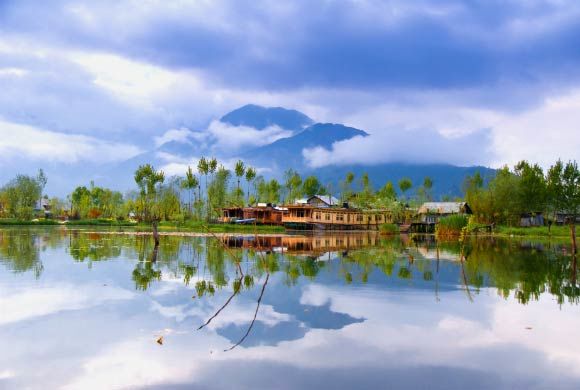 Where to stay in North Goa 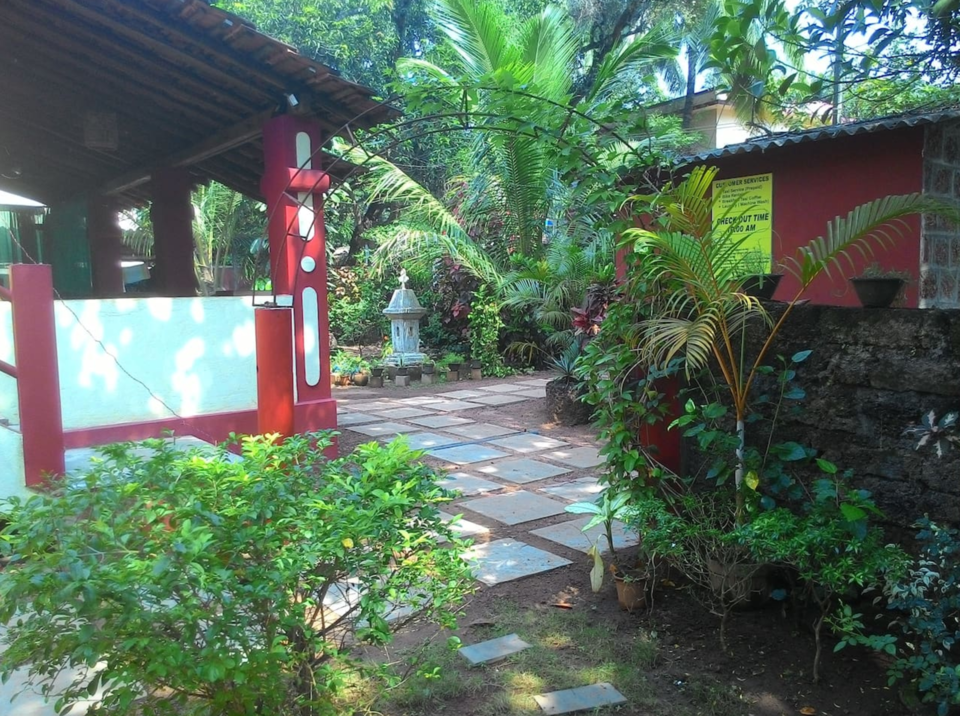 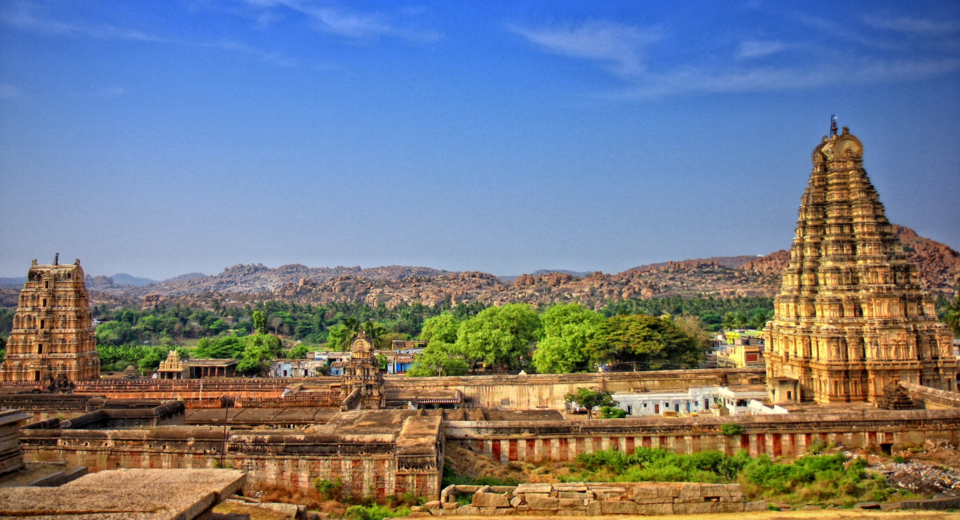 There is no dearth of pleasant places in Himachal Pradesh. Credits: Wikimedia 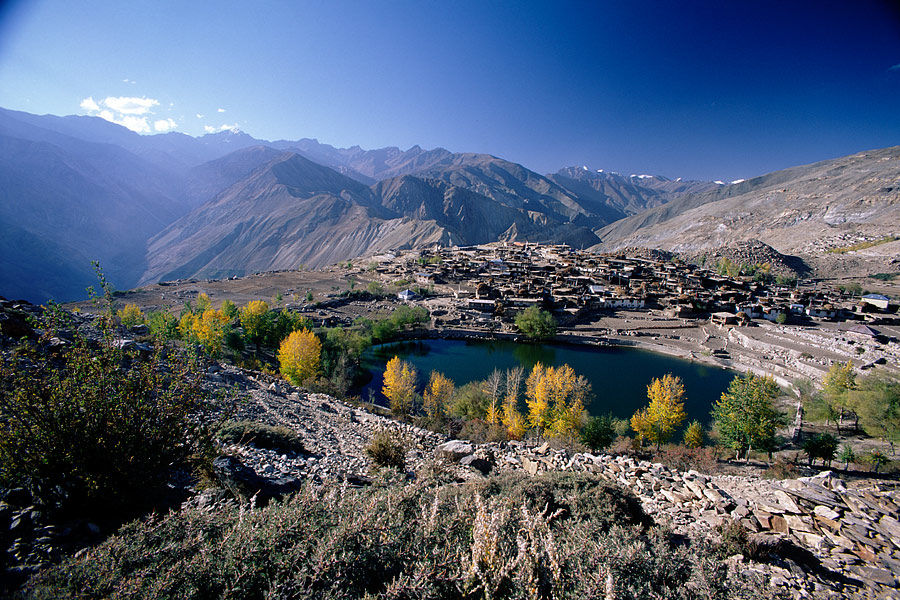 There is no dearth of pleasant places in Himachal Pradesh. In fact, each hamlet hidden in the remotest nook and corner of this land of natural abundance holds a great reservoir of excitement and fun. 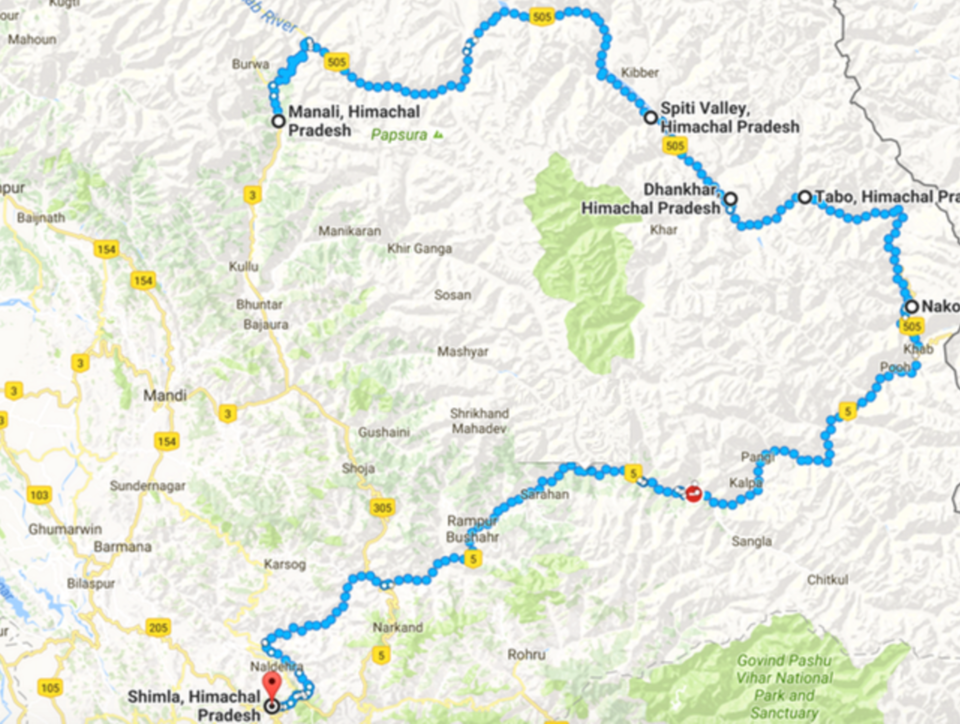 By Road : Himachal Pradesh is well connected via road to all the major cities of the country. It is 343km from the Indian capital of New Delhi via Chandigarh, 151km from Ambala, and 240km from Dehradun, 117km from Chandigarh. Apart from this, it is also well connected to Pathankot in Punjab.

By Train : If you're opting for train, the best option to reach Himachal is the Kalka Railway Station, located approximately 90 kilometres away from Shimla.

By Air : There are three main airports in Himachal. Jubbarhatti Airport in Kullu, Bhuntar Airport in Shimla and Gaggal Airport in Kangra, connected by flight to major Indian cities, such as Delhi, Mumbai, Bangalore and Chandigarh.

Manali : Airbnb will give you something as low as ₹735 for three people travelling together. Find such properties here.

Spiti : Spiti has homestays in 5 villages, namely Langza, Komic, Demul, Lhalung and Dhankhar, set along its highlands at an average altitude of 4000 mts. 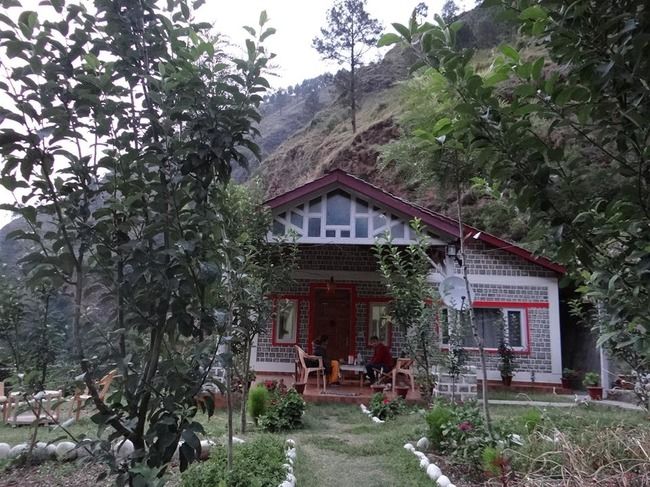 Uttarakhand is a land where all your expectations would be met. And this amazingly diverse and beautiful state would open up countless inconceivable dimensions of travel that might never even have occurred to you. 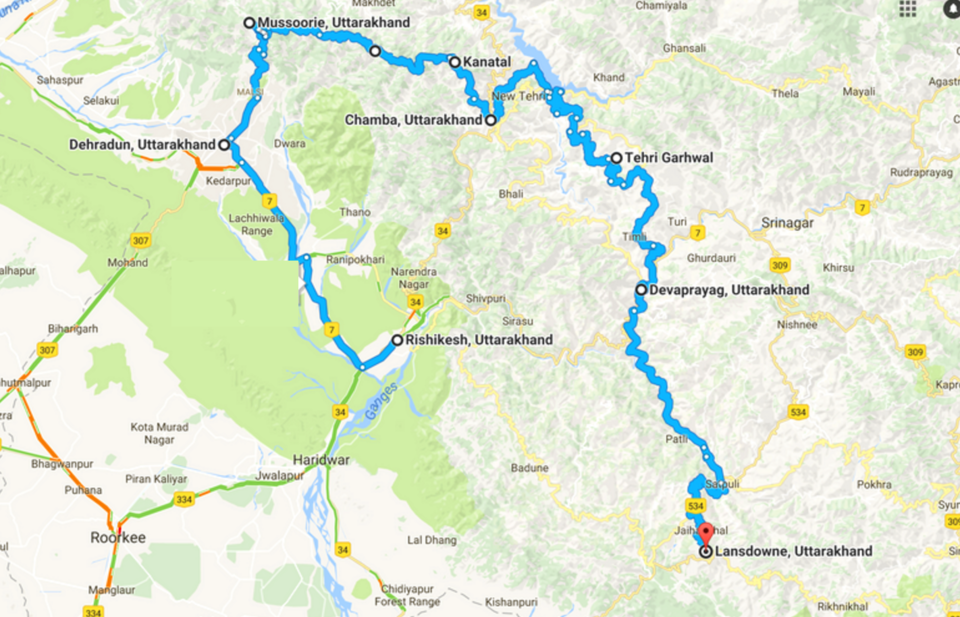 By Road : Uttarakhand has a wide-ranging road network covering the state. The roads are well-connected with Delhi and major state highways. Also, there are bus services which operate on a daily basis to different destinations in Uttarakhand.

By Train : The key railway stations in the state are Dehradun, Haridwar and Kathgodam. Dehradun is well connected from Delhi, Mumbai, Varanasi, Allahabad, Kolkata, Gorakhpur, Amritsar, Indore, Ujjain and Chennai.

By Air : There are two domestic airports near Uttarakhand. These include the Jolly Grant Airport and Pantnagar Airport. While there are regular flights to Dehradun from major cities of the country, Pantnagar Airport gets limited flights.

Rishikesh : Stay at the Yoga Villa, a guest house run by a yoga teacher. The price for a night is ₹801 for two people.

Dehradun : Stay at the Old British House for ₹668 per night.

If you think that everything has to be manicured and perfected, then spend some days in Rajasthan. The magnitude of this state, and nature in its rawest form will change your idea of what really is beautiful. 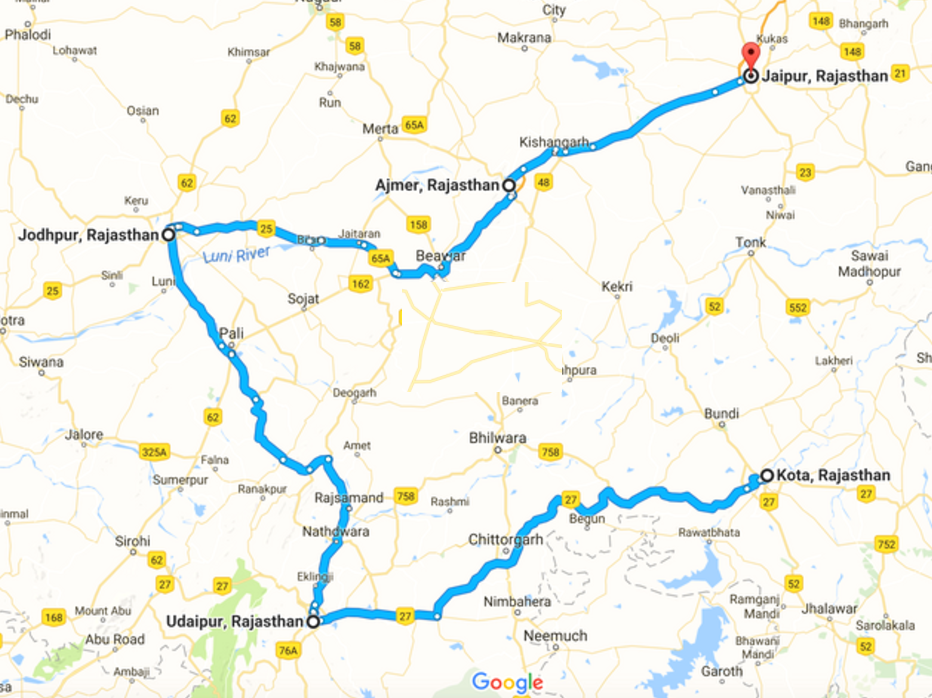 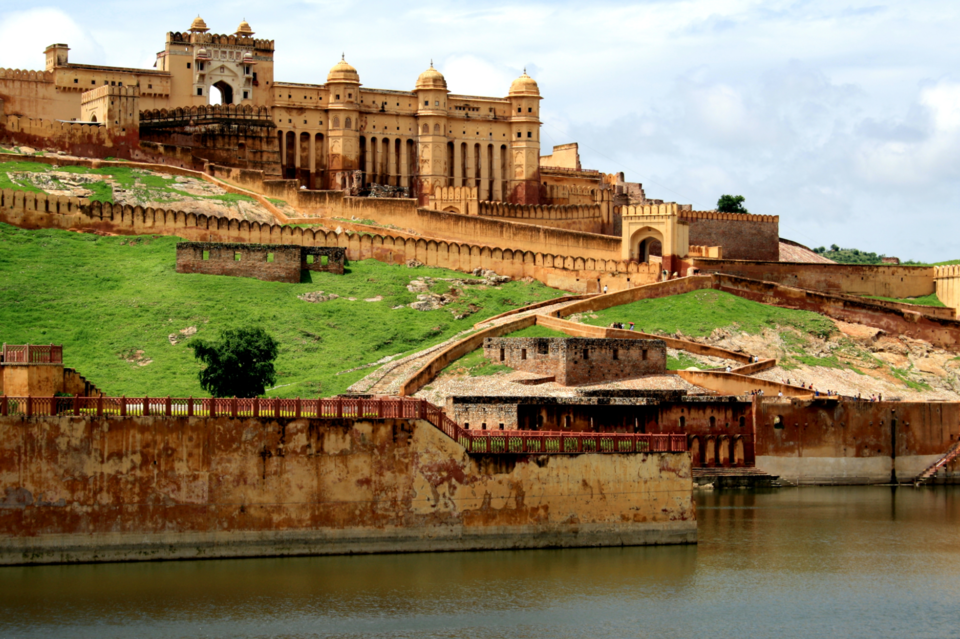 By Road : Rajasthan has 5655 km length of national highway and 8627 km of state highway. Four lanes NH8 passes through the Jaipur and Udaipur and Agra is connected to Jaipur through a four lane road.

By Train : Rajasthan has a 4600 Km of railway track, which means that it is evenly spread throughout the region. There are direct trains from major cities such as Delhi, Mumbai, Chennai, Kolkata, Hyderabad and Bangalore.

By Air : For domestic / international flights, there is an airport in Jaipur. Another international airport closest to reach destinations in Rajasthan by air is at Delhi 260 kilometers away from Jaipur.

Jaipur : Stay at Hathroi Palace, a uniquely artistic place which promises to give you a 'home away from home'.

The state of Karnataka is a perfect blend of cultures, landscapes, landmarks and hair-raising beauty. From ancient sculptured temples, to modern cities, hills, forests and beaches, your backpacking journey in Karnataka will offer you the purest form of enlightenment. 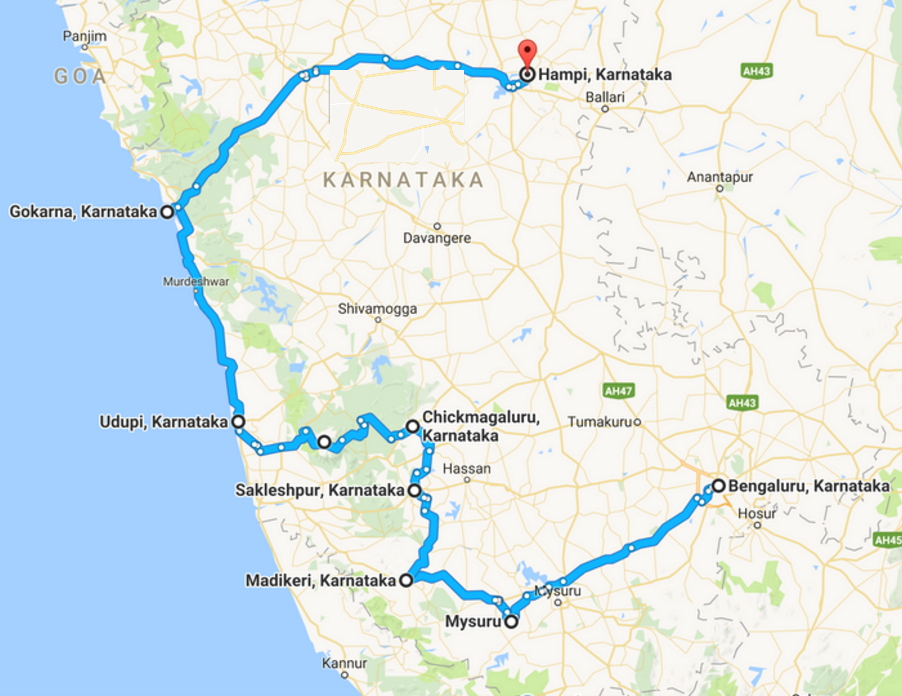 By Train : The state is connected to all parts of the country by rail. It is easiest to get a connection to Bangalore and from here you can easily reach other parts of the state. Mysore and Mangalore also receive some traffic from outside Karnataka.

By Air : Karnataka is well connected to the other parts of India. It has airports in Bangalore, Mangalore, Hampi, Hubli, Belgaum, Bijapur and Mysore (not operational). The Mangalore international airport and the HAL airport in Bangalore are the two airports that offer international flights to and from Karnataka.

Bangalore : Stay at Mini Kerala in Bangalore with your own bed with a private bath and shared kitchen and living space. 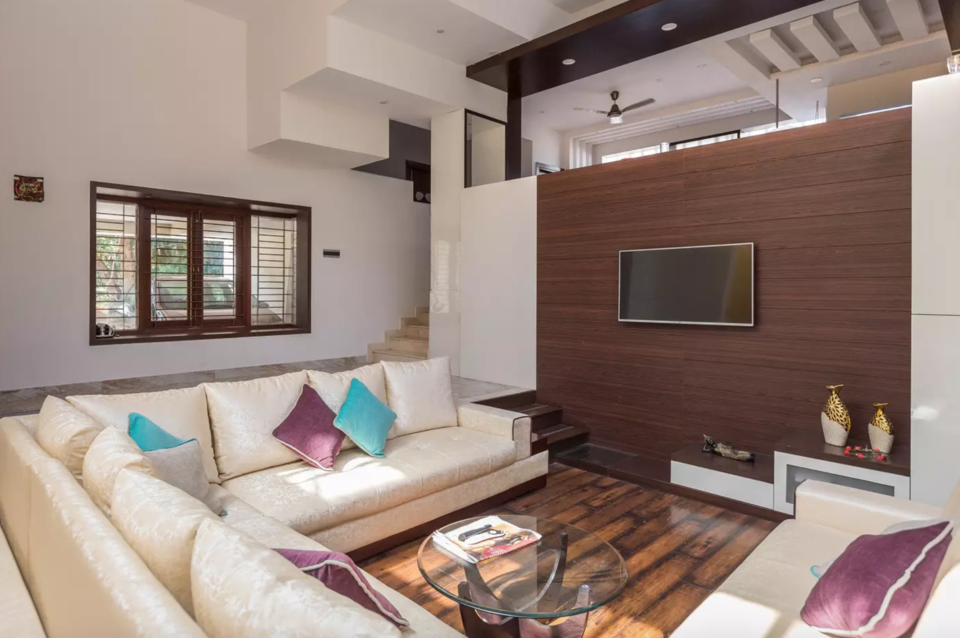 Madikeri : Enjoy a comfortable stay at Wenge House with an easy access to all major tourist spots. 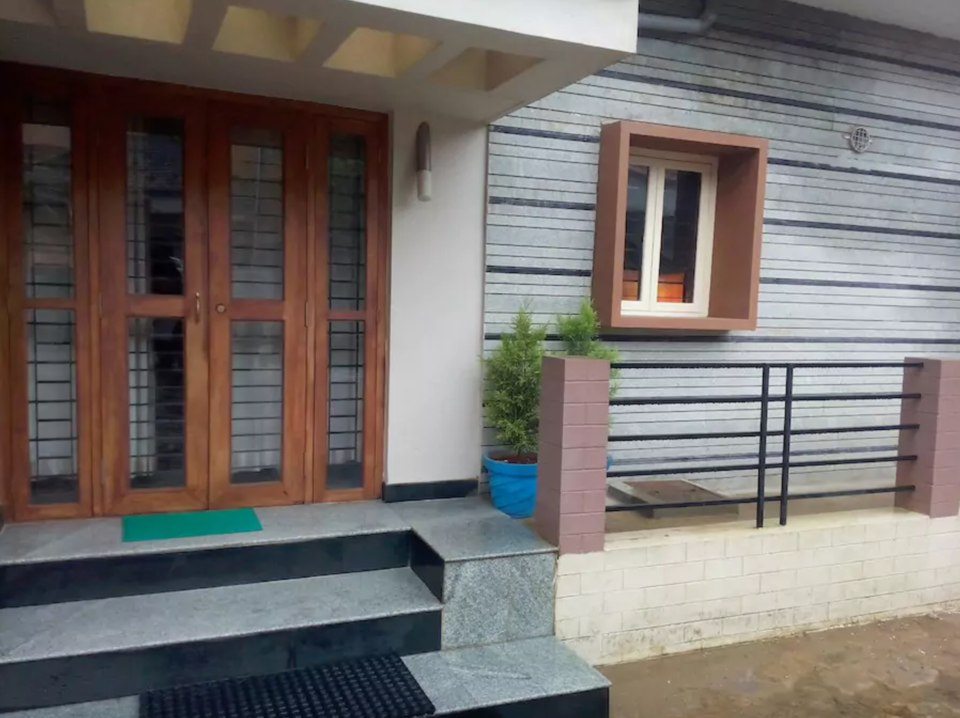 Gokarna : Stay at Zostel, one of a kind hostel in Gorkarna. 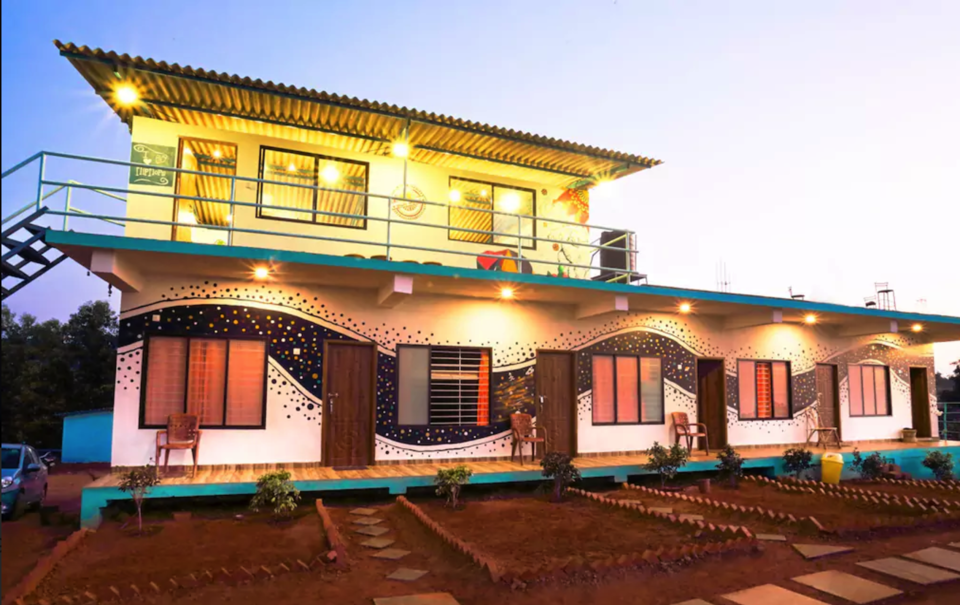 Hampi : Stay at Murali's homestay to experience the best of Hampi.

If backpacking in Goa is your plan, make sure you don't have any time constraint. With over 101 km of tropical beaches and lush jungle inland, you will definitely need a lot of time. 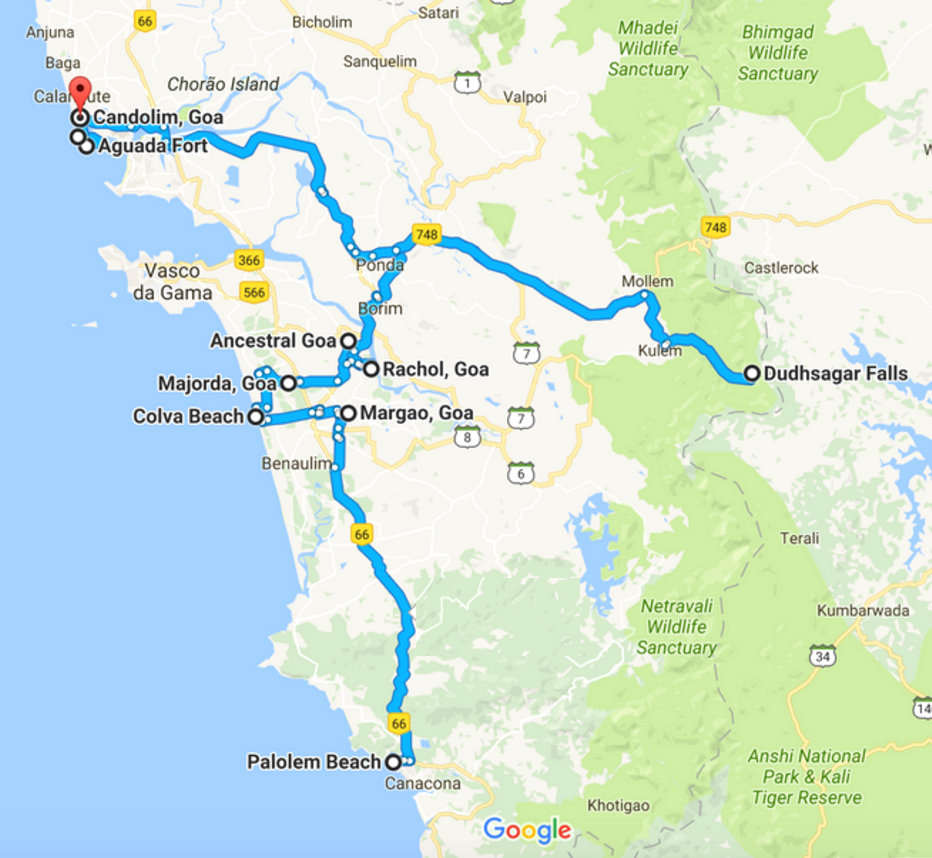 By Train : There are two main railheads serving the state, namely Vasco da Gama and Madgaon and these two railway stations are extremely well linked from other cities.

By Air : Goa International Airport at Dabolim near Vasco da Gama is the state’s only airport.

Where to stay in South Goa 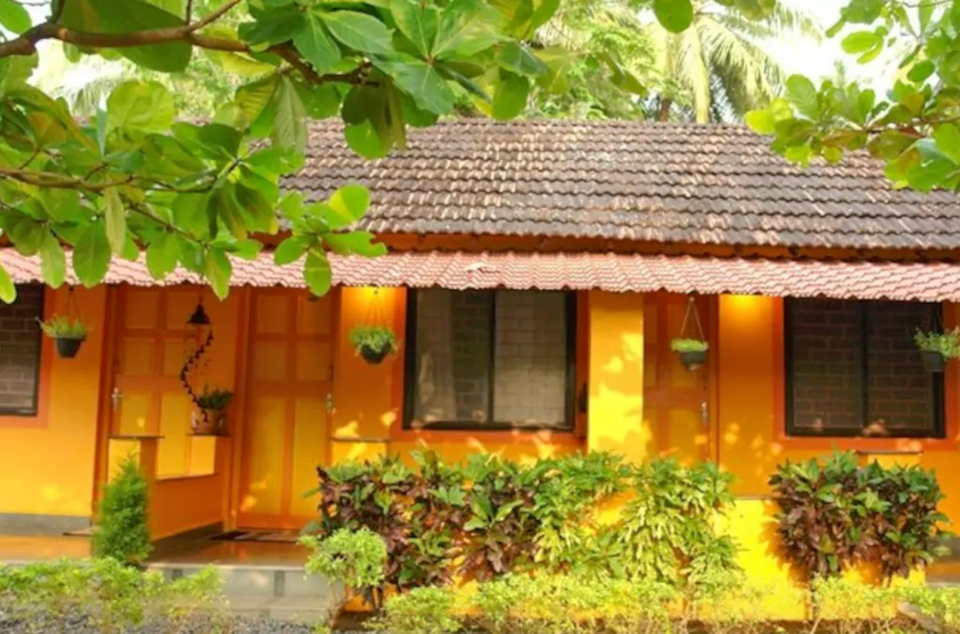 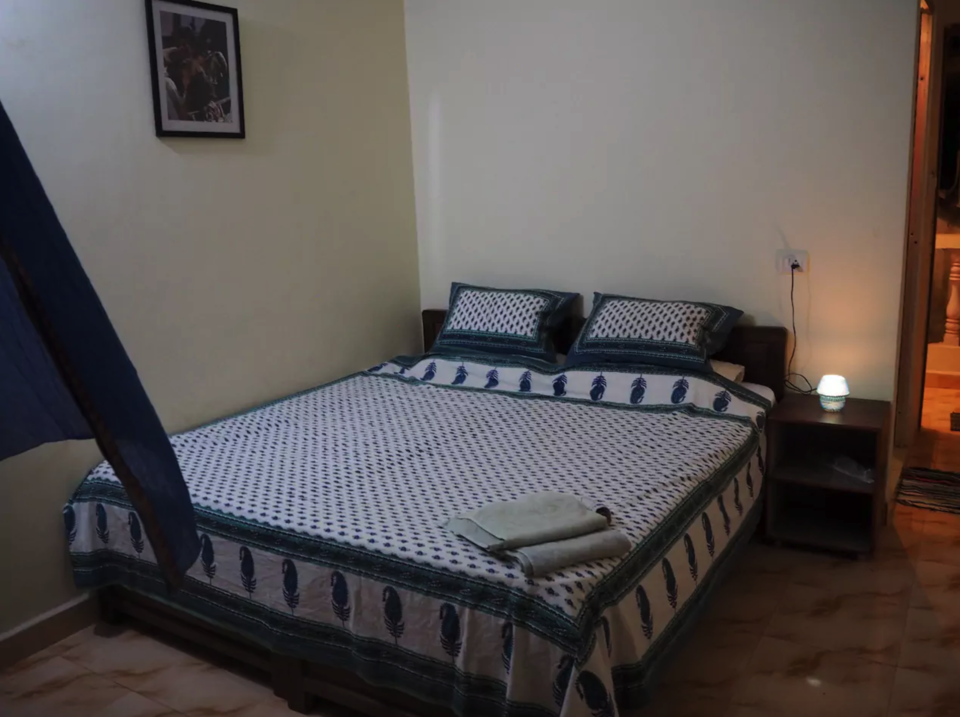 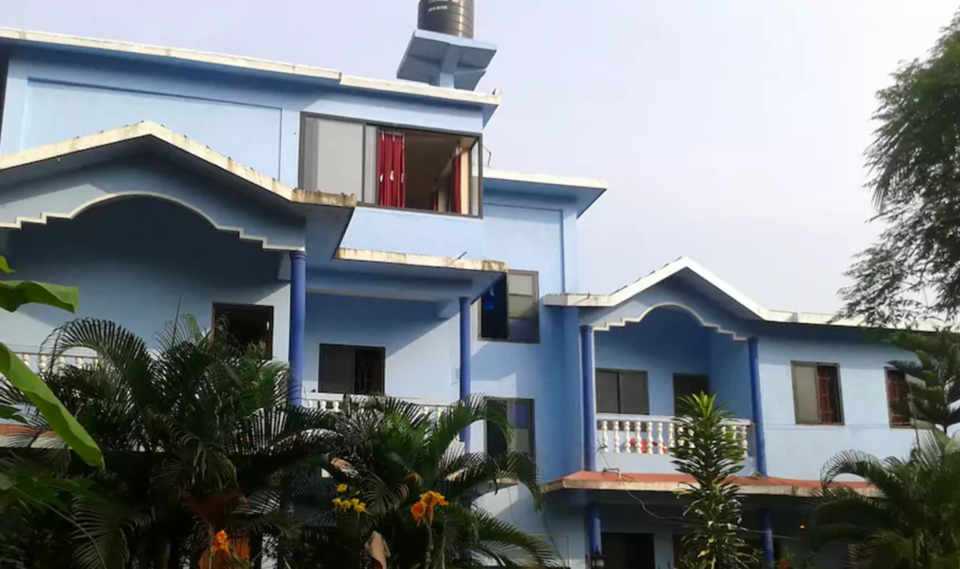 Tips to keep your backpacking trip on budget :

2. You have probably heard this a hundred times before, but pack light.

4. Walk instead of taking a cab/bus/auto.

5. Think before spending every penny.

6. Be careful of pickpockets and scam artists.

7. Camp out. If possible, try camping for at least a part of your journey.