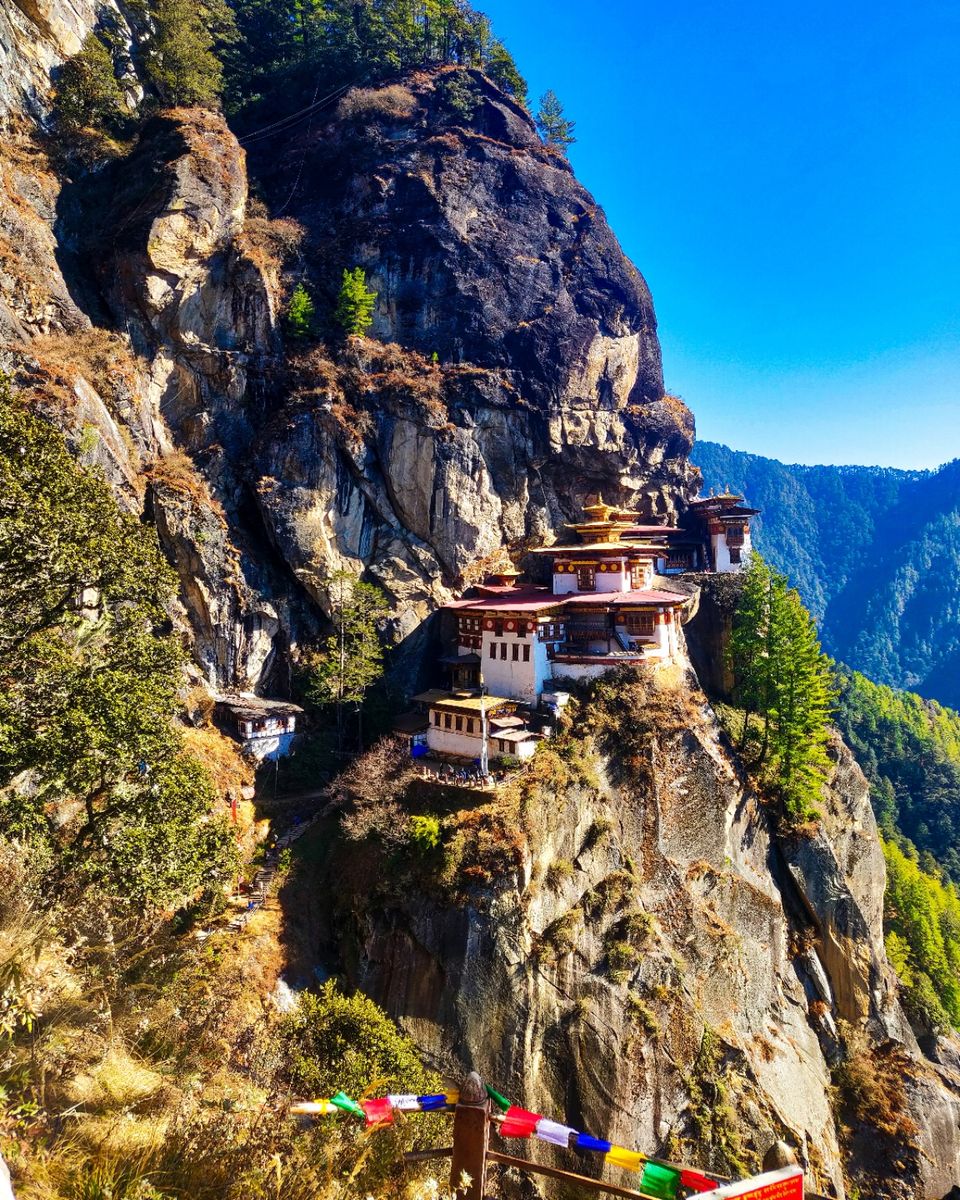 If you are a planner like me, you would relate to how much efforts go in planning a trip.

To find the perfect cheapest everything. Sketching the beautiful masterpiece that your itinerary is. Juggling the dates to maintain your work life balance, because duh, you gotta pay for everything.

When all of these parameters are tightly packed in your no buffer 8 day trip, you can only hope that everything goes as planned. I repeat... Only Hope!

It's well-known that travel turns you into a storyteller and this is my story to reach Phuentsholing, Bhutan Border. I declare my journey to get to one of the Indian Borders as a stressful yet adventurous one due to all the reasons that will follow. Consider this a short story and enjoy!

I had a 8 days Christmas trip planned to Bhutan. Instead of booking a direct flight to Bhutan, we decided to have a roadtrip from the nearest airport ie. Bagdogra Airport, to our border. Our Mumbai-Bagdogra flight was supposed to have a 0.5hr technical halt at Guwahati which means no deboarding.

Aren't Airports the Best Feeling Ever? 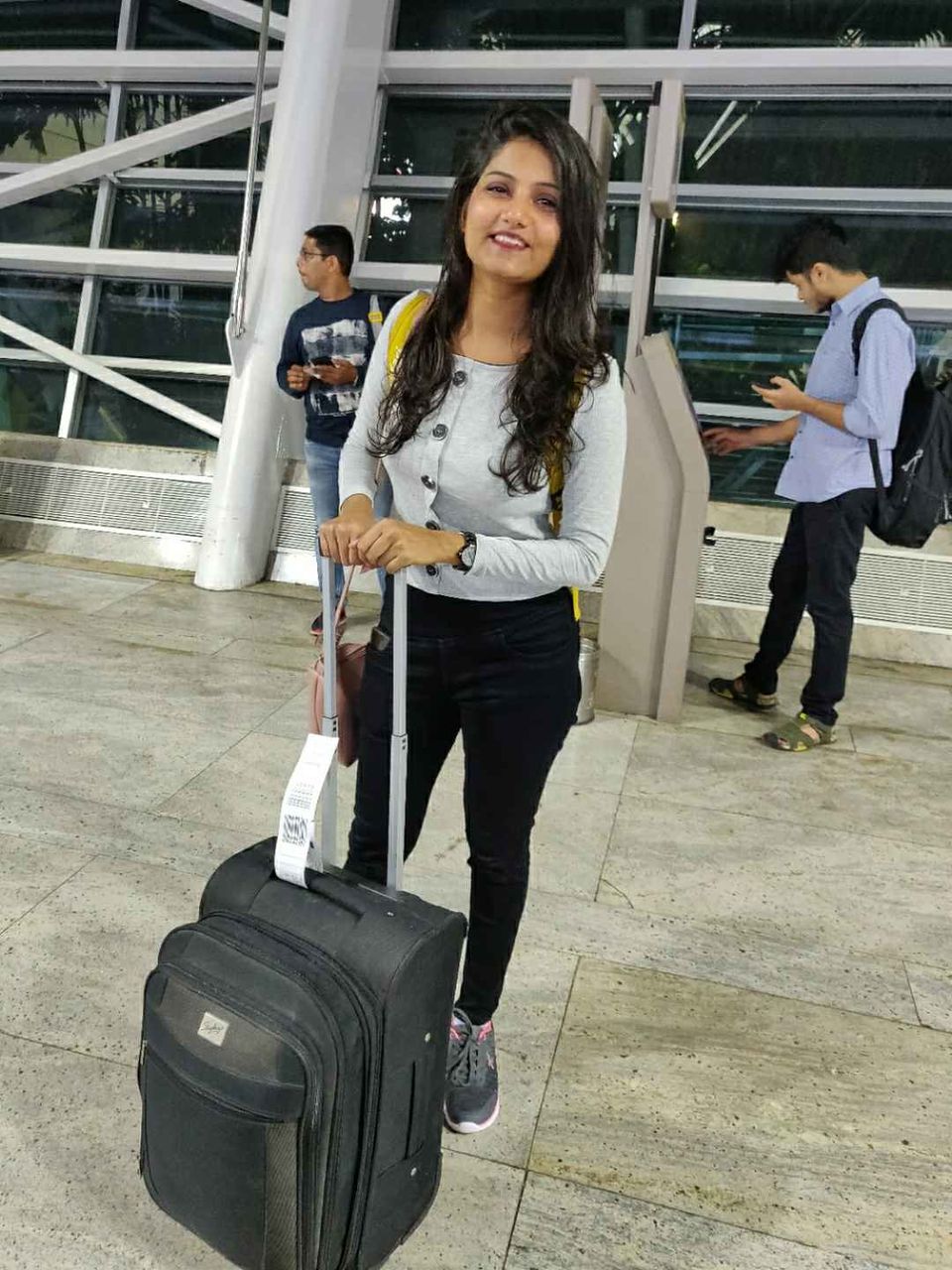 But our destination was not Bagdogra. Our aim was to reach Phuentsholing, our first stay. Where the next day, we were to get our immigration formalities done.

Now to add to above, I was joining a backpacking group at Bagdogra airport. And the whole itinerary was planned for following 8 days for 13 people from all over India. Which means it becomes crucial in such cases to reach the meeting point on time, otherwise you'll either just miss a part of the trip or will have to arrange the transportation by yourself.

Our early morning flight took off and everything was going well until we landed in Guwahati.

Adding some points further, it was a winter morning and Assam was experiencing serious riots all over due to the recent CAA. Don't worry we took off fine from Guwahati too.

Now, like I said, the obsessive planner in me had YouTubed the selection of right window seat as I wanted to witness the mighty Himalayas from above at Sunrise. I had pre-booked by paying a certain amount at the time of web-checkin. But sometimes things don't go as planned. The Mountains showed themselves at the opposite side.

The Window I was Hoping for. 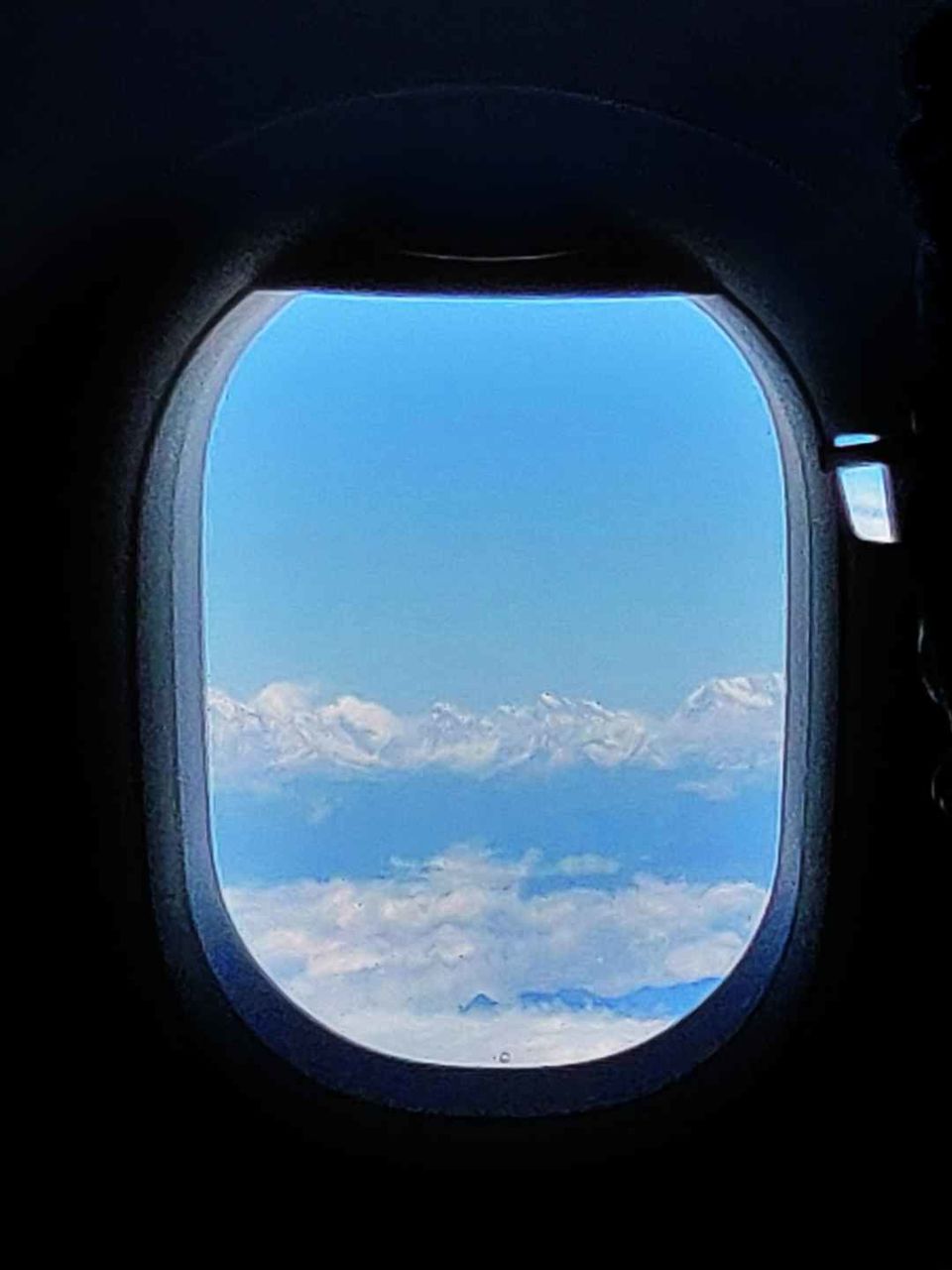 The restless me couldn't stop peeking at the other end window and I was hoping for some kind of a turn for the flight to take. Too optimistic? It works sometimes. Because just as we were about to reach Bagdogra our pilot made an announcement.

"Due to zero visibility at Bagdogra airport we will be hovering over for about 20min for the weather to clear."

When they finally showed up at my end. 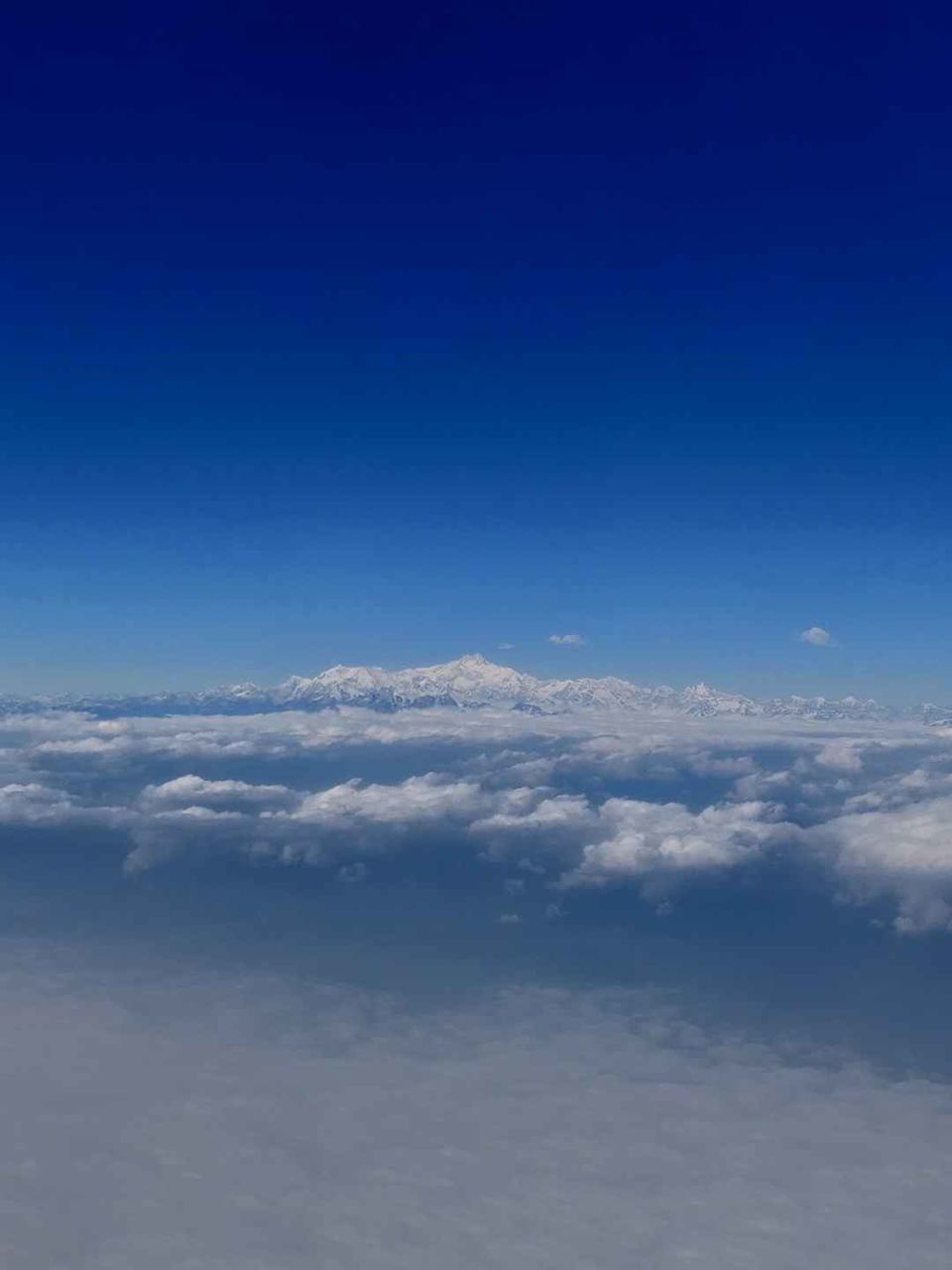 I saw what I wanted to see, not once, but twice! And I was satiated. But... This went on for about 45min and my twice had increased to 5 times. And that's when I started to get worried. The pilot then made an announcement again,

"The weather has not yet cleared. We will have to head to Calcutta Airport as landing was just not possible in zero visibility."

That's it. One line and all the cells in my brain went haywire. West Bengal was also suffering through Riots at that time.

A trip means a lot to me. And I couldn't compromise on anything.

Another announcement from the pilot. Me nervously hoping for a good news:

"Due to congestion at Calcutta Airport we will have to head back to Guwahati. Inconvenience is Regretted."

Regretted by whom? Us or them?

We were supposed to meet the leader in Bagdogra, West Bengal, by 2pm. I was in air at 12.45pm flying the opposite way. Bagdogra is just an hour by flight from Guwahati, but 10hours by road. We understood the seriousness of the weather as we were landing in Guwahati. We absolutely couldn't see anything until we touched the runway.

What followed was hours of argument. Arguments with the airline to arrange an alternate flight, refund, transport, stay. However we learned that other flights have already landed in Bagdogra just around our time. But the airline straight up refused to provide any alternate flight the same day. Our group mate's flights were sure delayed but they still landed in Bagdogra. We tried booking another flight by a different airline at 3pm, which obviously was sold out with no luck.

The aim was not just to get to Bagdogra. What worried me was, getting to Phuentsholing. It was a different country after all, that we knew nothing about. And borders did have a reputation of being thoroughly strict, atleast in my head. Especially now that we might be reaching there at midnight. Would they even allow us to enter? Isn't there a closing time. I clearly had not done enough research to deal with this.

Our airline gave us two options.

1. An alternate flight to Calcutta immediately. A stay would be arranged for us there. And an early morning next day flight to Bagdogra. Which means arranging transport to Phuentsholing on our own, on the spot.

2. A full refund. Which means we would be stuck in Guwahati with no bookings for stay or transport.

Choice was still quite simple. I had to meet the group today itself. We thought, 'What if we ditch Bagdogra and straight away head to Phuentsholing?' This would save us a lot of time as Phuentsholing from Guwahati was 8hrs and via Bagdogra would be 14hrs. We opted for refund and walked straight outta the airport. 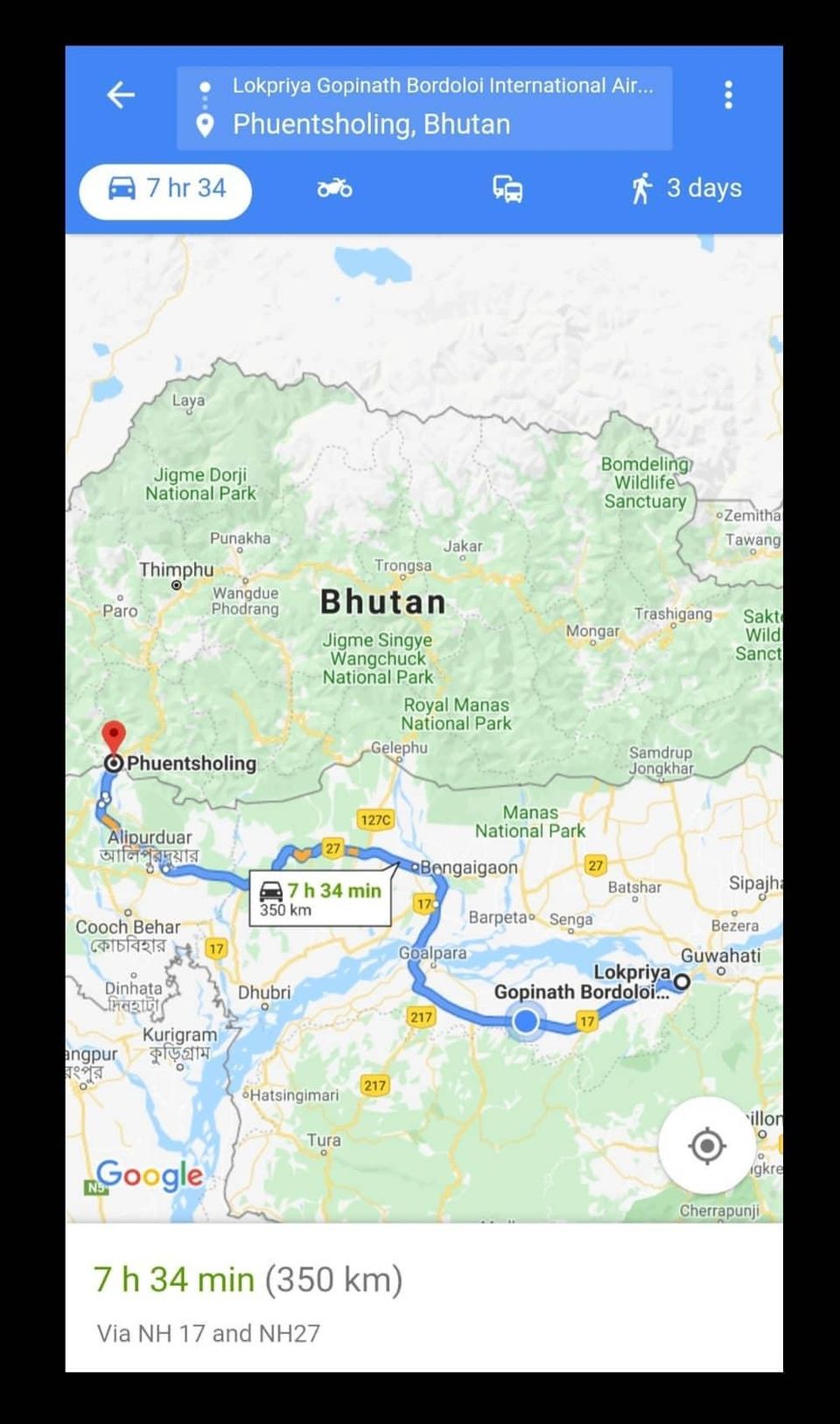 My only concern was traveling to a different country by road amidst the riots and reaching there at midnight. Another concern was that, our network wouldn't work once we enter Bhutan. And no shops would be open by then as well. Neither would our leader have network for the same reasons. We had to rely on Google maps to navigate to our hotel which, thankfully, was at a walkable distance from the border.

- After asking around we learned that many of the passengers were headed to Bhutan. And that indeed this was an option few were considering.

- I asked almost all the authorities at the airport about the riot situation and the road conditions. After positive responses from everyone I sighed a relief that a roadtrip is actually feasible.

- It was difficult getting a cab to the countries border. People had not heard of Phuentsholing and were wondering where it is located. Some were charging us 2k, some 4k and some 12k for one way trip. Such variation did get us worried but thanks to GoogleMaps we knew what to expect. We finally found a driver who agreed to drop us all the way to Bhutan Gate and he charged us 12.5k for 6 people by Innova.

- I knew my parents back home would be freaking out. But surprisingly the confidence that my Dad showed made me believe that I might actually get there unharmed.

- Equal enthusiasm and confidence by my fellow members was absolutely necessary to get there!

The next 8hrs were the ones that reminded me why I love traveling. All the panic, the stress, the worrying... everything calmed once we got on the road. The hype that was created around and by me... shattered. How else would I have faced anything like this?

Our journey was smooth. We took one halt for dinner and that's it.

5pm scenes in Guwahati. It sure does get dark here pretty early! 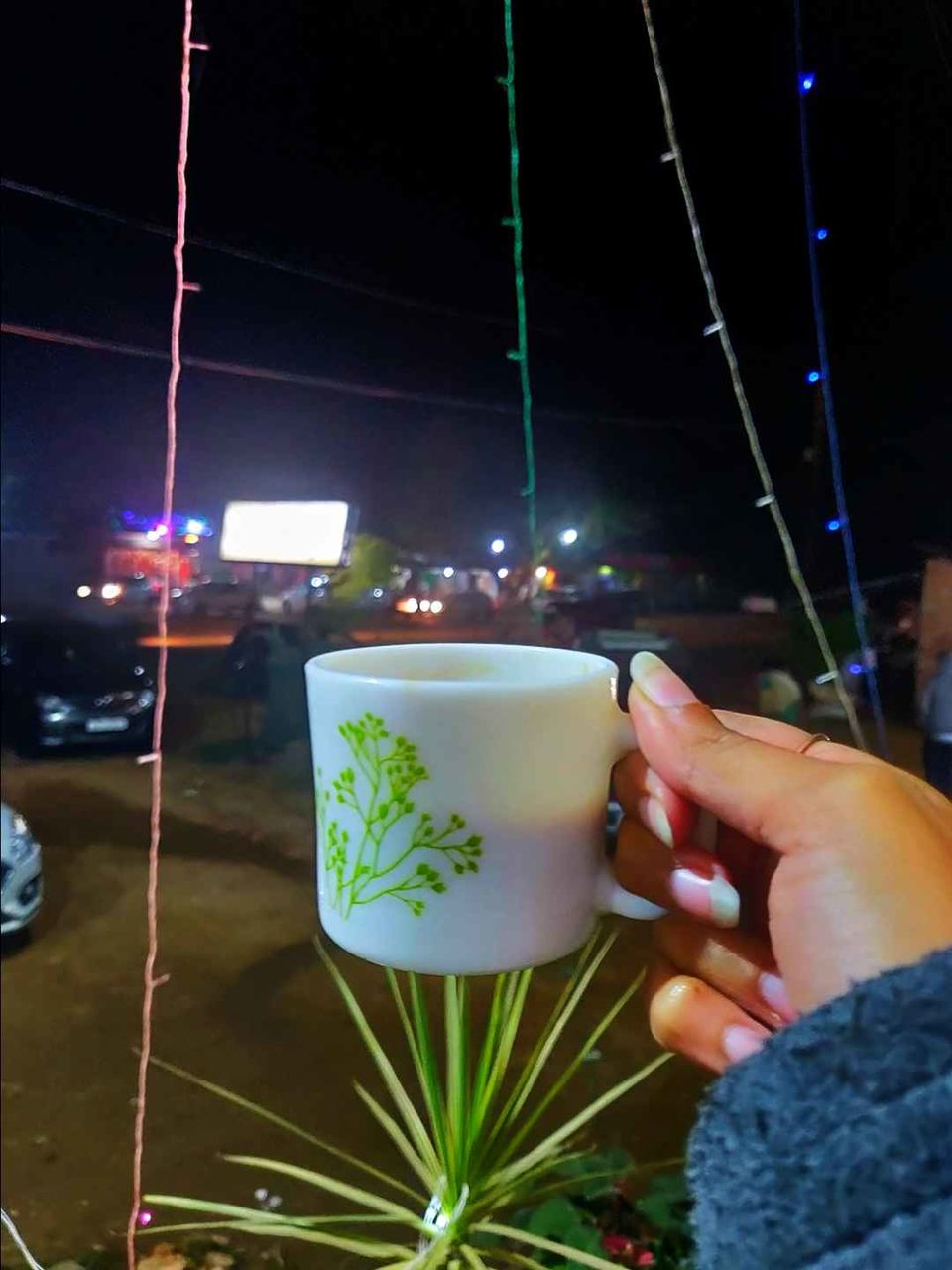 The driver was good and he dropped us at the gate at sharp 11.30pm. Precisely 1.5hr after the rest of our group. And to my utter surprise all we had to next was walk past that gate. Just Like That! No fuss. No checking. No documents. The guards just let us! 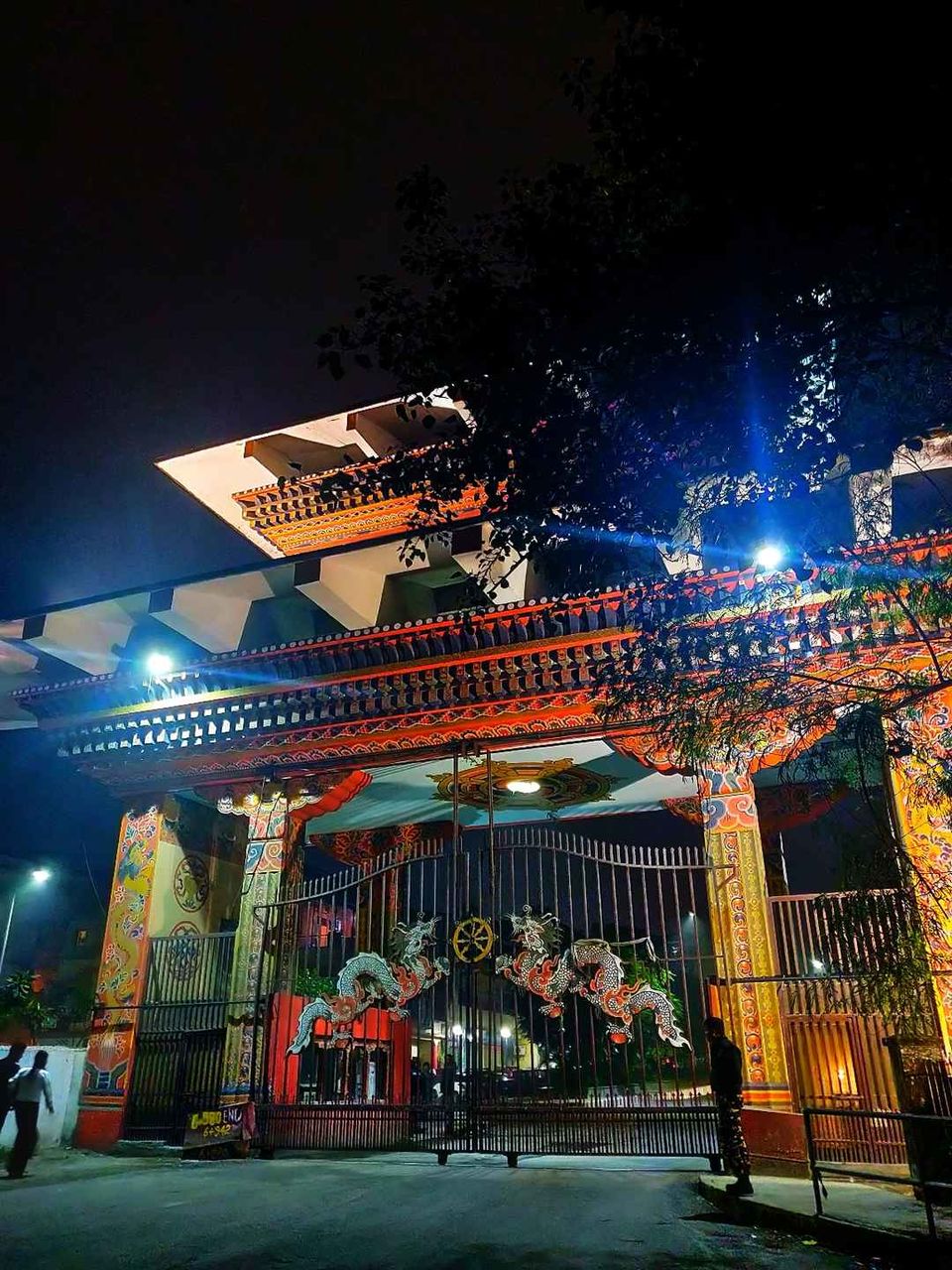 I swear I could hear fireworks in my head as I crossed that gate on foot! The Next 7 days would never have felt so earned!

Bhutan Gate from the other side. 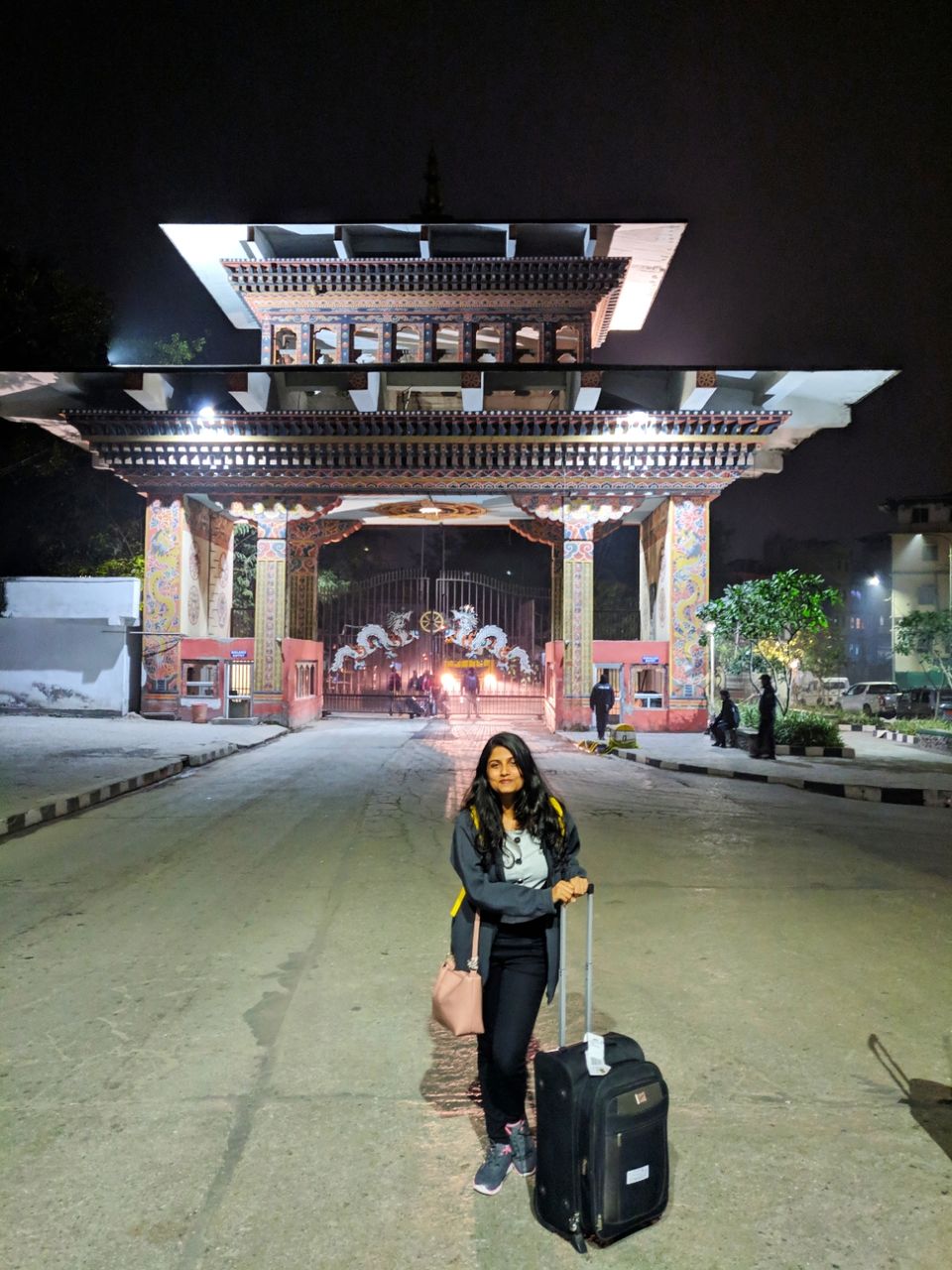 PS : For all the curious souls. I did get the whole refund. The trip too went well. Bhutan is a beautiful country! A detailed Bhutan blog will be up in my next post!

A little peek at day two of this warm border town.

From across the Border. How close! 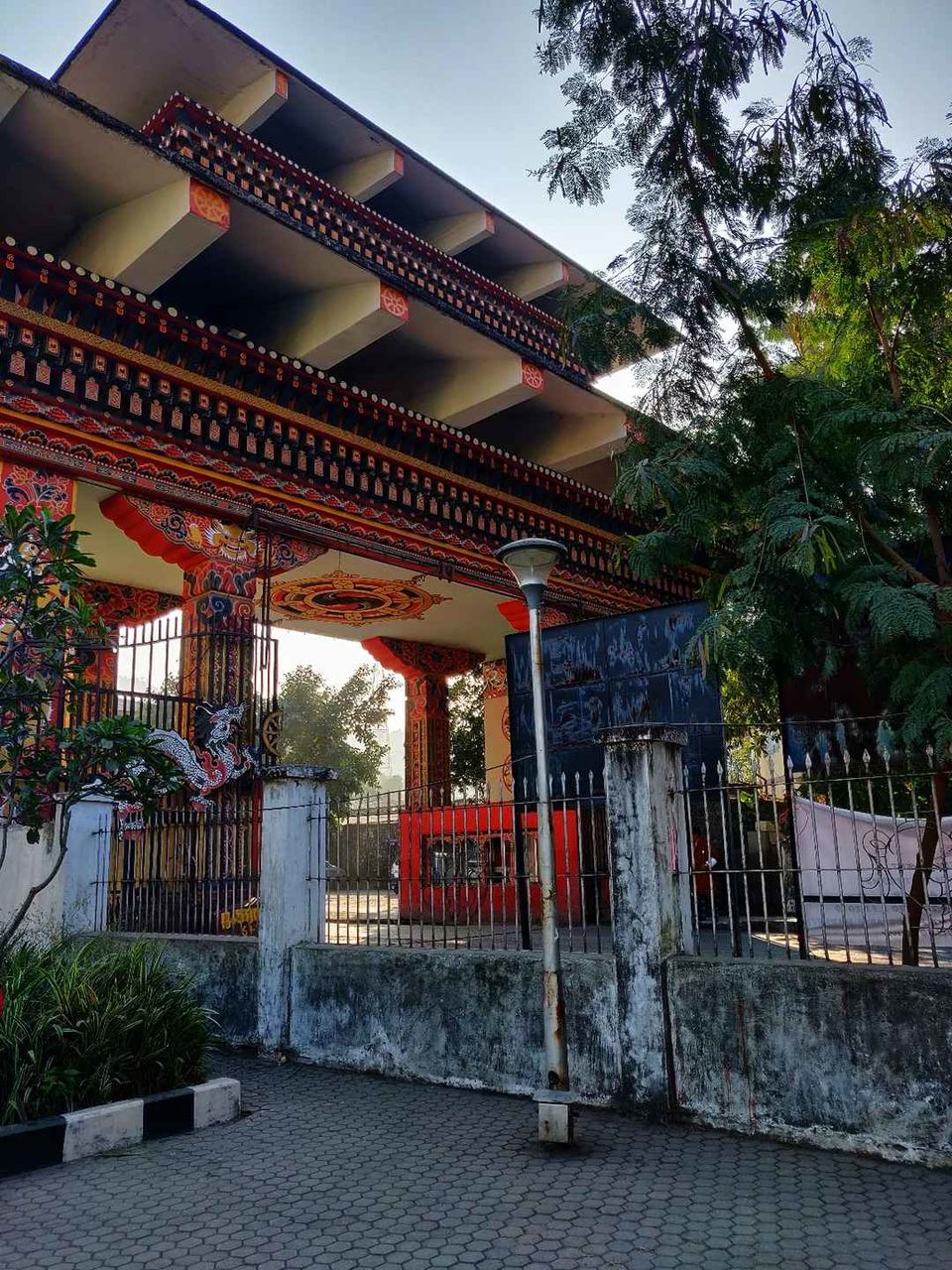 This is how the Gate looks in daylight.

Finally got the first bruise on my passport. This process took us 4 hours btw. Make sure you reach the immigration office early, as it opens around 9am.

All smiles and stamped at the immigration office in BHUTAN! 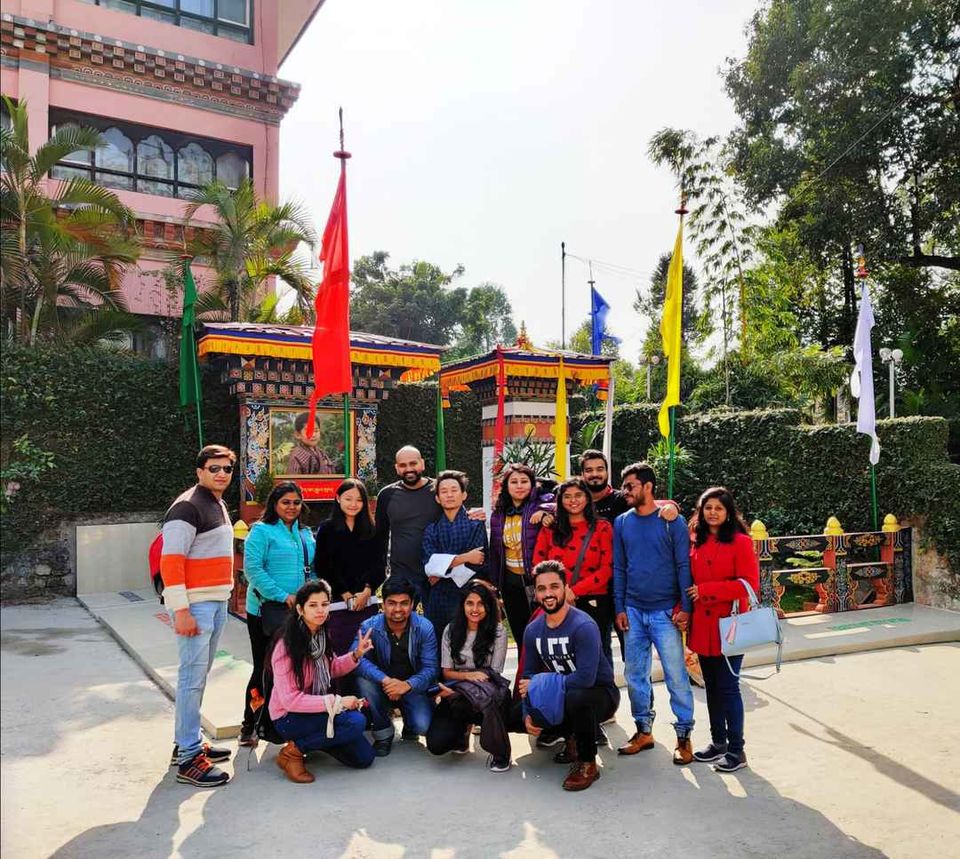 BRB... heading to India for a quick breakfast

The fence itself is the Border. Bhutan, as seen from Home. 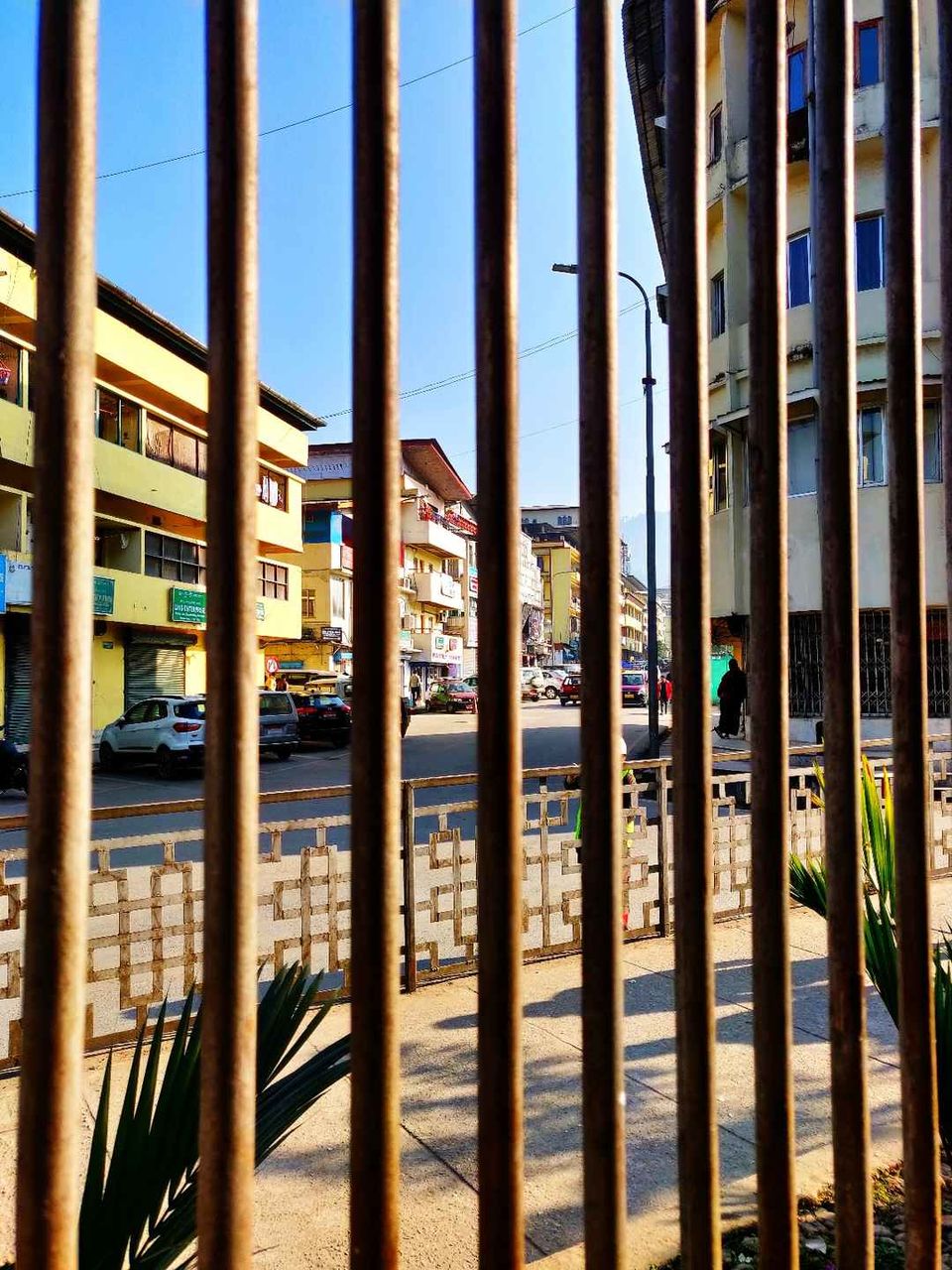 Literally, walked in India to have breakfast and then back! Could feel the presence of traffic and honking the moment we stepped home.

How different the Gate looked in the morning hustle-bustle! 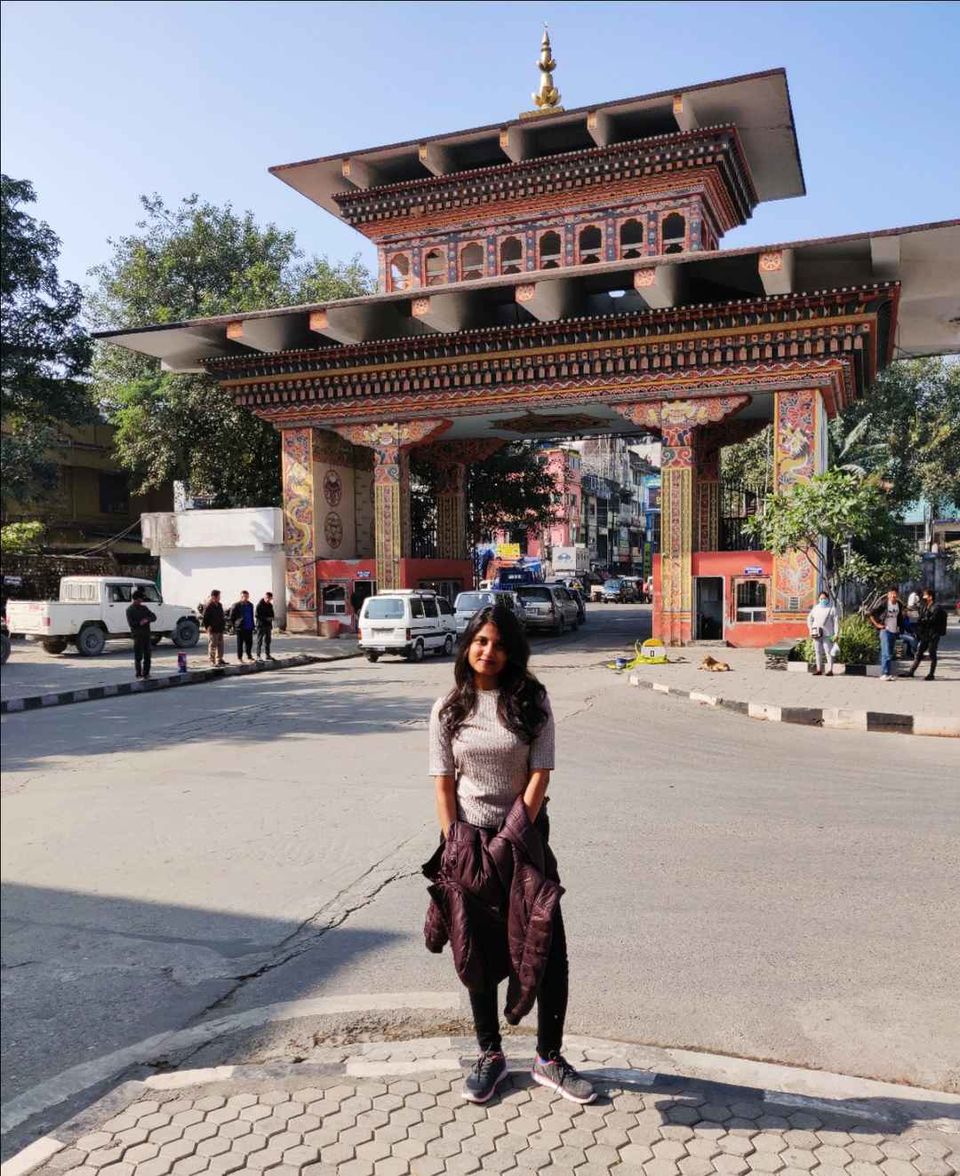 How friendly is this border!

And the country even more Beautiful! <3