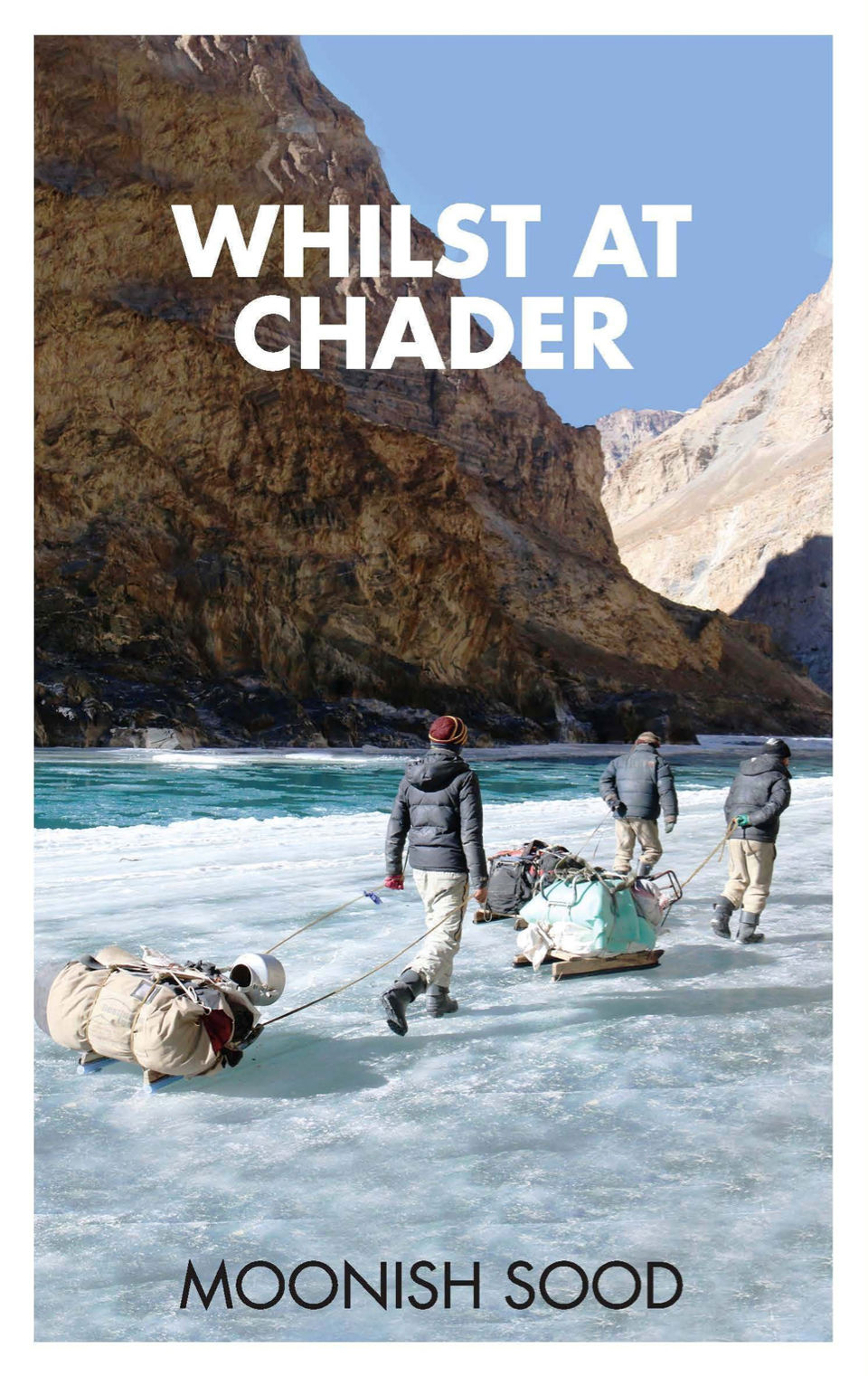 “Whilst at Chader” has been written as a guidebook for all trekkers who want to undertake the Chader trek in Leh, India. Chader trek is one of the most adventurous treks in India. This trek entails trekking on the frozen Zanskar river in very low temperatures upto -40C. The word “Chader” means ‘sheet’ in Hindi and hence the walk on the frozen river is referred to as “Chader Trek” which means “trekking on a sheet of ice”.

The Zanskar river flows through the Ladakh region in the Indian state of Jammu and Kashmir. During winters the road to Zanskar valley shuts down due to snow. The frozen river is used by the locals as a route for commuting and lugging rations. Over a period of time this has become a key attraction for adventurers and has gained popularity. Every year it attracts trekkers around the globe on an unforgettable journey called the Chader trek.

I completed the trek successfully in January 2016. I struggled to get the right advice while planning and preparing for the trek. Whilst there is a lot of information available on the internet, I had to gather information from multiple sources, compile it and believe that I had got it all right. During the trek I realized that a lot of what I had read was handy and there was an equal amount of experience which fell in the category of – “I wish someone had told me this...”. Well – that was my motivation to write this book so as to offer the right advice to all trekkers who want to undertake the Chader trek.

To commence the trek, you have to arrive in Leh, a cold desert city in the state of Jammu and Kashmir in India. You can get there either by road or by air. The city is at an elevation of 3,500 meters (11,500 feet) above sea level. The Chader trek season typically begins from mid- January to the mid-February. There are a lot of tour operators who organize the “Chader Trek”. It is advisable to opt for a tour operator since they are familiar with the terrain. They also take care of the essentials such as tour guides, safety, food, tents, sanitation and so on. The trek takes about 10-12 days in total with a day built in for acclimatization and the return travel to Leh.

The book contains essential advice to the trekkers on a variety of important facets such as acclimatization, needed equipment and gear, where to shop, how to prepare for the trek, what to expect at the river, food, sanitation, hygiene and all such topics that will prepare the reader for the trek.

The days on the trek follow a strict routine. I found the ‘789 morning routine’ very interesting and logical. You wake up at 7 am with a nice warm cup of flavoured tea served inside your tent, 8 am is breakfast and 9 am you leave for the trek. You trek till about noon, and stop for lunch and start walking again at 1 pm till you arrive at the campsite by 5 pm. Once at the campsite, everyone is busy pitching tents, lighting bonfires while the trek organizers are setting up their dining tent and cooking the evening meal (dinner). Dinner gets served by 8 pm. All the meals served during the trek are vegetarian – with the exception of eggs that are served during breakfast – and the meals are freshly cooked every day.

Everyone retreats into their tents by 9 pm except for the enthusiastic ones who hang out a bit later than the others by the bonfire. Eventually everyone is in their respective tents on account of the freezing weather awaiting another great day on the river.

Moonish Sood, the author of “Whilst at Chader” grew up in Shimla, a beautiful hill station in the state of Himachal Pradesh in India. He has lived in Mumbai, Hyderabad and currently resides in Gurgaon. Moonish leads a business for a global company, is an avid trekker and finds his calling in the mountains. He takes a break from his corporate career to go back to the mountains. He is a hotel management graduate and a post-graduate in management studies. He can be contacted for further advise related to Chader Trek on social media.