India Travel GuideIndia TripsLooking For Different Extravagant Cultures? 7 Tribal Festivals In India That One Must Experience!

Looking for Different Extravagant Cultures? 7 Tribal Festivals in India That One MUST Experience!

Keep the doors and windows of your mind open, and let the cultures from the four corners of the earth flow into you.’

Did you know? India is home to more than 600 indigenous tribes, each with a unique culture, and lifestyle. Every tribe has ideologies, and practices so different from each other that to label them one generic category would be unfair. It will of course take more than a lifetime to understand all the gems of knowledge that have been conserved, and passed on for centuries by these different tribes. However, here's a list of a few Tribal festivals in India that will give you a glimpse of the rich, and grand history, and tradition that they have meticulously preserved.

Hornbill Festival is organised by the State Tourism and Art & Culture Department in the month of December, wherein all the tribes of Nagaland participate in full fervour. Dance and cultural performances, food, crafts, sports - the best of Nagaland and its heritage is at display in this festival. If you're in Nagaland during this time than you just CANNOT miss this week-long festival! 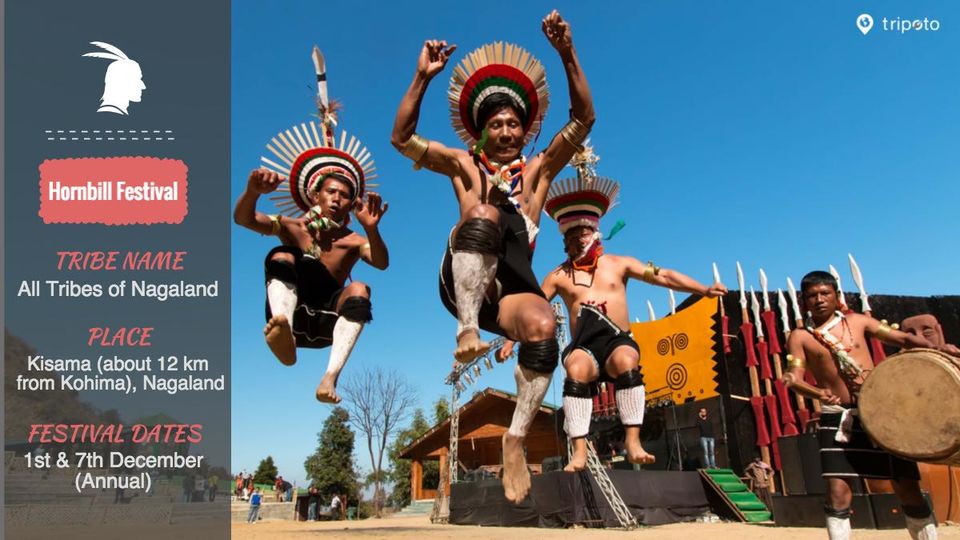 Conducted just before Holi, Bhagoria is essentially a Harvest Festival. Members of the Bhil, and Bhilalas community from across MP, and neighbouring states gather at Jhabua, and West Nimar to celebrate the produce. This festival is promoted by a lot of tourist organisations as a festival wherein young boys, and girls of the community get the opportunity to choose their partner, and elope with them. Read the term 'Bhag' in Bhagoria. However, a lot of older members of the tribe refute this statement saying that these are just gimmicks to attract tourists. However, one cannot deny the fact that the festival itself is a riot of colours, performances, and locally produced food that is sold in the festival market. RUN for this one, we say! 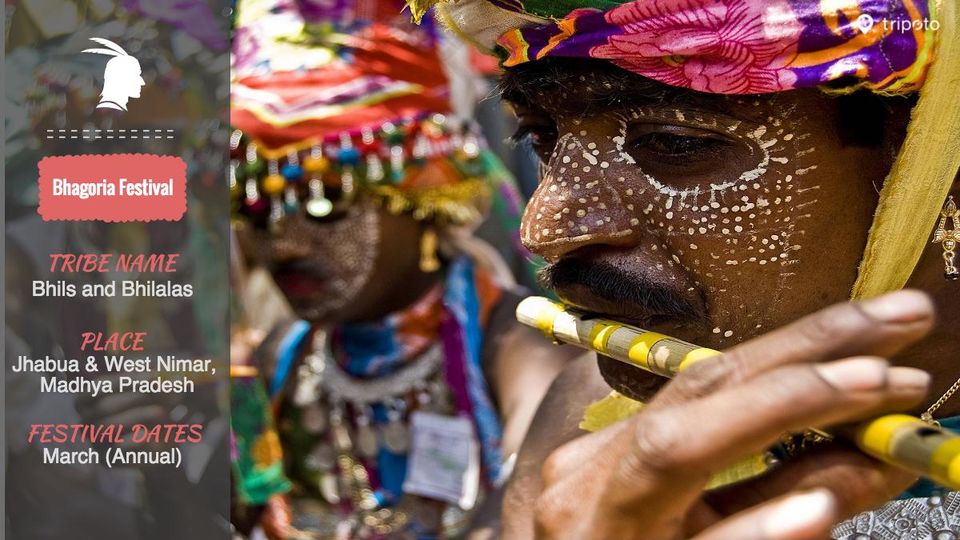 A five-day celebration, Nongkrem Dance Festival is usually held in the month of November at Smit - the cultural hub for the Khasi tribe. The festival is held to appease the Goddess Ka Blei Synshar for a bumper harvest and prosperity of the Khasi people. Animal sacrifice (cocks, and goats) as an offering to the ancestors is a religious practise that is preceded over by the High Priest. Dance performances by the unwed women of the community is one of the major attractions of the festivals. The men also put up performances in full traditional attire. Even if you have two left feet, this is one dance festival that you MUST attend. 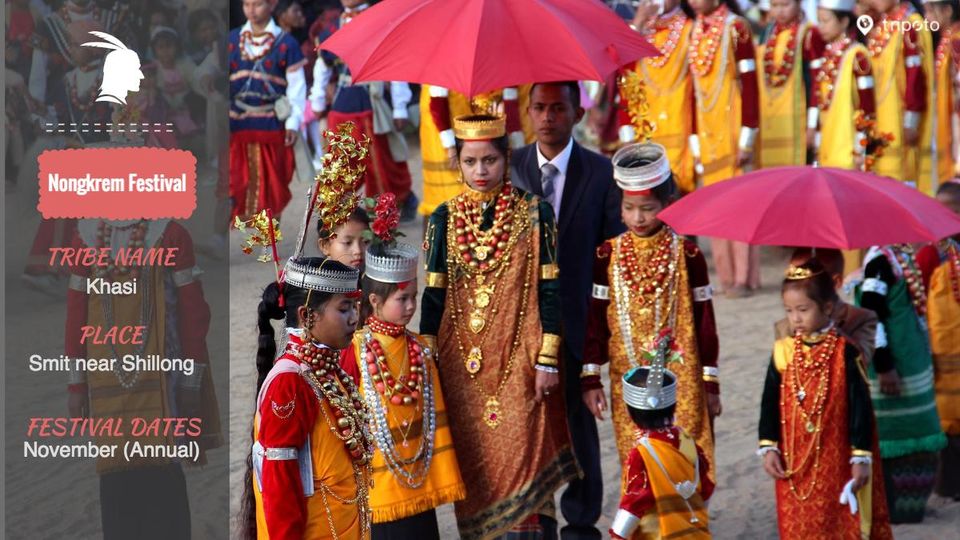 Over the past few years Coorg has become a major tourist destination for people across the country. However, very few people are aware of the traditionally forward Kodava tribe in this region. Puttari is again a rice harvest festival that is celebrated by the Kodava community in the months of November, and December. Packed with traditions, and rituals the festival is kickstarted with a gunshot in the air. A community dinner is also organised a week later where pork, and fish dishes dominate the dining tables. The Kodava tribe also celebrates a few other festivals such as Kailpoldu (Festival of Arms), Kaveri Sankramana (worship of river Kaveri), and Kodava Hockey Festival, which is extremely popular among the youth. Ready to PLAY? 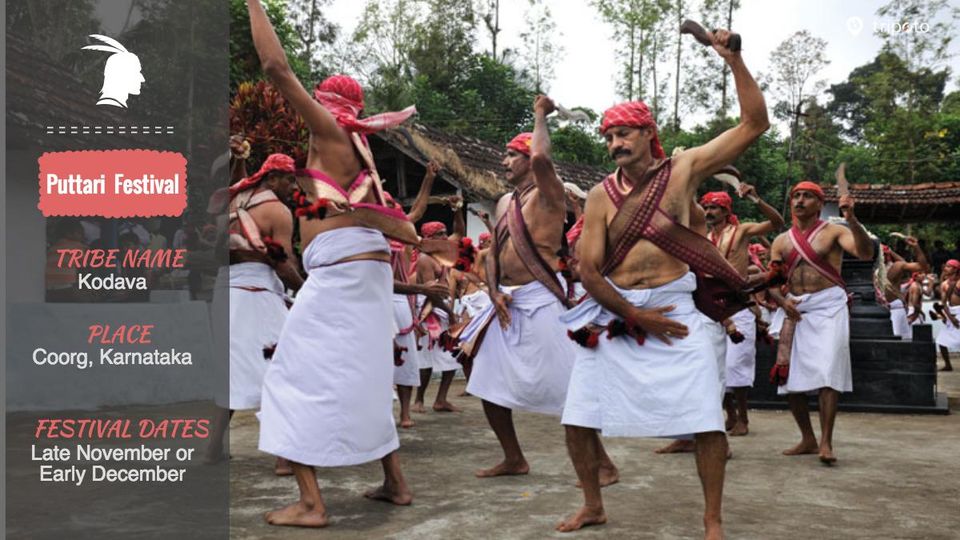 Nyokum is a pre-harvest festival celebrated by the Nyishi tribe, which is prevalent in different parts of Arunachal Pradesh. This is also the beginning of a New Year for the tribe. The festival also commemorates all the ancestors of the tribe through unique rituals, and practices. During this festival the traditions, costumes, cuisines, art, folklore, and culture of the tribe is at full display. The cultural performances, and the traditional attires are the major attractions in the festival. 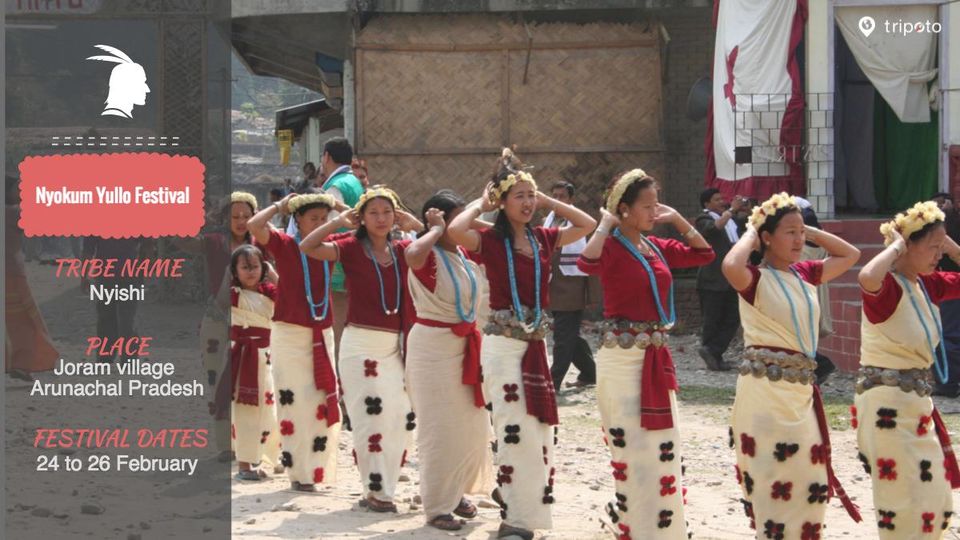 The Gond tribe has it's descendants in many states of the country from Madhya Pradesh to Orissa, from Chattisgarh to Maharashtra. However, in the month of December, and January every year, a huge number of them head to the Keslapur in Telangana to worship 'Nagoba' who the tribe considers to be their progenitor. Many rituals are performed during the festival, however, the Gusadi dance performed by the tribe members wearing peacock feather headgear is the highlight of the festival. 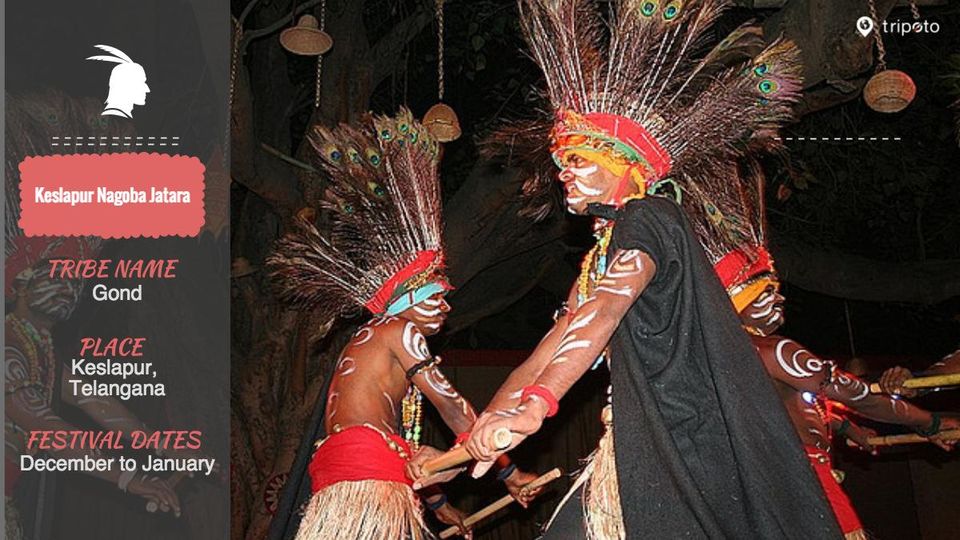 Baisagu is one of the most important festivals of the Bodo tribe. It marks the beginning of a new year for the community, and is therefore celebrated in full fanfare. The rituals during this period involve worshipping of Gods, ancestors, cows, dogs, ducks etc. They worship 'Bathou' or Lord Shiva by offering chicken, and zou (rice beer). The Bagarumba dance is performed by the members of the community in full traditional attire, and is a beautiful display of art and culture. 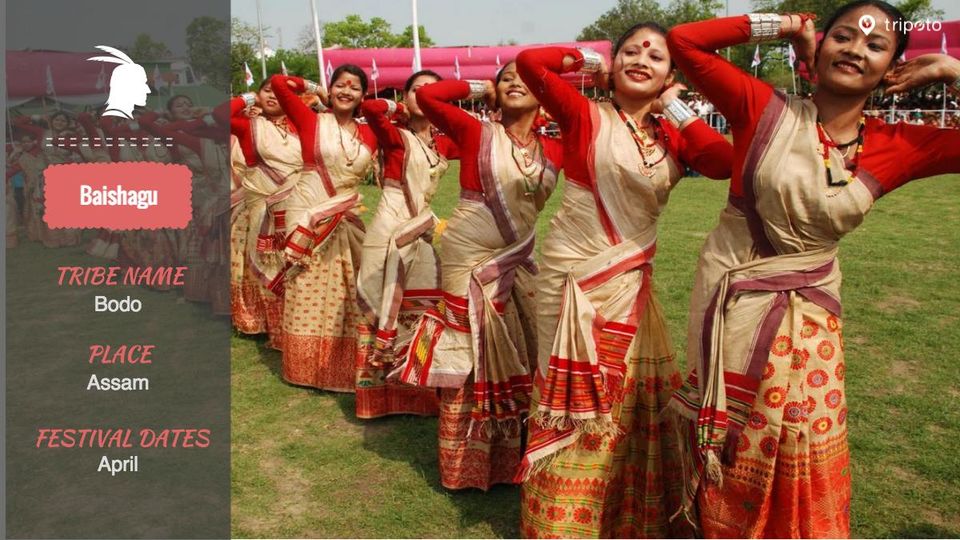 Where are you heading then?