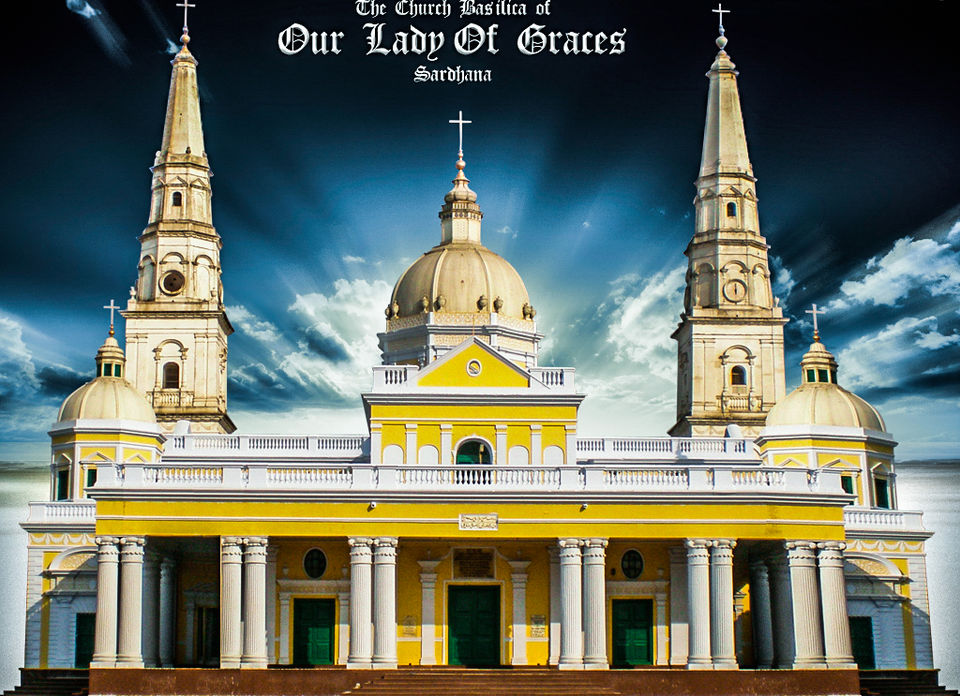 With fewer commercial flights taking off per day, bans on traveling abroad, interstate Lock down restrictions and general fear over contracting and spreading corona virus through air travel or road travel, getting on a plane or on a bus is out of the question for many at this time. That doesn't mean, however, that vacations are entirely on hold.

You can always find some places in your own city which are more popular than you ever thought of they’d be. With a city like Meerut which saw the revolt of 1857 and the thirst for an Independent India, it sure has a lot of history around.

Meerut was the center of the British East India Company in North India. During the helm of affairs, the town saw a number of institutions. Be it religious, charitable or educational institutions that were established by the British. Most of the churches in Meerut were built by the British to serve the military garrison stationed here and are a built in the classical English style of architecture.

St. John’s Church is one of the popular churches that were established by the East India Company in 1819. This church is considered to be one of the oldest and the largest in terms of seating capacity.

163 years ago, the revolt of 1857 forced the church to shut down its doors for almost two months. This time, the war against corona virus has forced it to close.

It was the evening of Sunday on May 10, 1857 when the revolt against EIC erupted in Sadar Bazaar area of Meerut. Soon, it spread across northern India.

In all, 50 Europeans were killed on that day. Many of them were caught unawares as they were heading towards St. John's Church, located on the British side of the cantonment for Evening Sunday Church service.

After their deaths, the church fell silent for at least four months. It reopened in the first week of October after the fall of Delhi on September 20, 1857.

Exactly 163 years later, the church was silent for close to 3 months when the Unlock 1 happened but still it remained close for a month more. In July, the services started and I decided to plan a Saturday trip as I didn’t want to be a part of the Sunday service because I was still avoiding social gatherings anywhere. The last service was held on March 17, before it reopened as told by a church member there.

In 1857, we fought against the foreigners and now, we are fighting a deadlier unseen foreign enemy, the virus.

It was my first day out, usually I used to go out for a small walk or some grocery shopping, but this was around 20 km away from my place. I’ve lived here all my life, did the schooling here but never went. My mom told me when I was 3 0r 4 years old, we visited this place then. Well, I don’t remember a thing now from that time.

So, it turns out this is the Oldest and one of the Largest churches in North India. The holy spot has been a mute spectator of the unforgettable Sepoy Mutiny. The large pipe organ that had once accompanied a 1000-strong congregation of young British soldiers as they sang hymns still stands inside. The structure of the building conforms to a style that most of the English parish churches used to follow before the Gothic Revival. The building is modeled on the Palladian or classical style, which was well suited to local conditions. A large open interior space was built for prayer sessions ensuring air could circulate freely, to endure the stifling temperatures. The church also houses an upper seating area that looks more like a hanging balcony, but it is no longer in use.

It was a great experience and the Sacred Heart Cathedral church in Delhi is also related to it somehow, that is for a whole another blog. But I can say I went to both the churches and there were many similarities in their architecture.

Going out from the house after so many days was really refreshing and one must explore their own city first before bragging about the travel restrictions right now. I know there might be other places in my city where I can go but after this trip, I guess I am going to stay at home again for a while, I guess we’re used to it now.

SOME FACTS ABOUT THE CHURCH

It was no idle boast the Begum made to Pope Gregory XVI, when she wrote, in her letter to him, dated 21 Jan 1834. "I am proud to say it (the Church) is acknowledged to be the finest, without exception, in India".

The construction of the church was in the hands of Anthony Reghelini, an Italian architect from Vicenza, Italy.

It cost four lakhs, a sum that is not so impressive today. But at that time, it was a huge amount.

Top masons were paid the equivalent of 25 p. a day, and the laborers in shells.

It is also known for certain that the church was not finished before 1825. In the Archives of Propaganda Fide in Rome, there is a letter from the architect of the church, Anthony Reghelini, to Fr. Antonio da Lodi stating that ``the church will be completed in a year.'' The letter is dated 17th January 1825.

The altars in Catholic churches were usually built so that the priest and people faced east, the direction of the rising sun, the symbol of the Risen Lord, Jesus Christ.

Few people are aware that this church was once known as a Cathedral. The reason why was because there was a time when Sardhana had its own Bishop.

The beauty and fame of this church was greatly enhanced when the Sacred Image of Our Lady of Graces was enshrined in 1957.

The church was further honored, when in December 1961 Pope John XXIII deigned to raise it to the dignity of a Minor Basilica, a dignity that is bestowed rarely and only on churches that are both historically famous and beautiful.

When an earth quake slightly damaged the church, which was widely reported in the national press, the Human Resource Minister decided that the church would be repaired.

Let me know if you guys have gone to a place in your own city which you were totally unaware of and it turned out to be a great experience.