Kinnaur Travel GuideKinnaur TripsUnheard Stories From The Himalayas - The Legend Of The Magical Sunrise At Kinner Kailash.

Unheard Stories from the Himalayas - The Legend of the Magical sunrise at Kinner Kailash.

The Legend of the Magical sunrise at Kinner Kailash, Kalpa, Himachal Pradesh.

The most magical sunrise I've ever seen 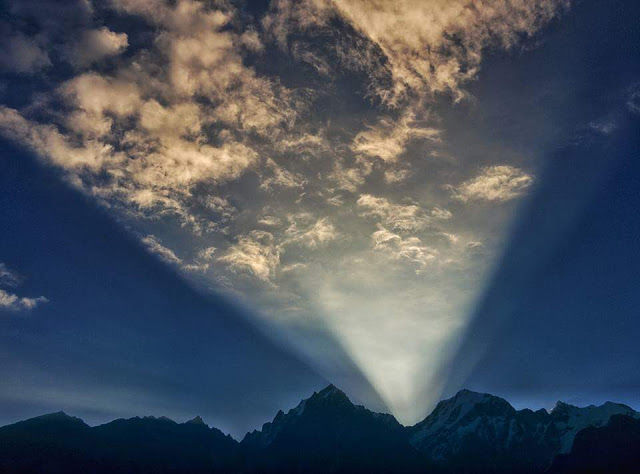 As per the legend, after a great penance, the deadly demon Bhasmasur received a boon from Lord Shiva that he could turn any person into ashes by touching his head.

But Bhasmasur tried to turn Lord Shiva into ashes as he wanted to possess his wife, Godess Parvati. Lord Shiva could have easily killed Bhasmasur immediately by opening his third eye, but that would have also led to mass destruction of the planet, which he did not want.

So, to avoid getting killed, Lord Shiva stayed in hiding and kept changing his locations often. He finally came to Kinner (Kinnaur) Kailash where he meditated and found a way to control the destruction that could happen when he opens his third eye. And it is here that he eventually killed Bhasmasur by opening his third eye (with controlled aggression).

As per the belief such a sunrise is only witnessed when Lord Shiva opens his third eye, which happens only once in several years.

P.S. - There are many folklores and mythological stories about places in the world. And many have different versions. So does this. The popular story about this is that Lord Shiva killed Bhasmasur with the help of lord Vishnu. But this particular story was told to me by a local, after he saw this picture of mine.

Follow my journeys or connect with me by dropping me a comment here, or on my social media. I do have many many more unheard stories from the Himalayas.