Manimahesh Kailash: To the virgin peak 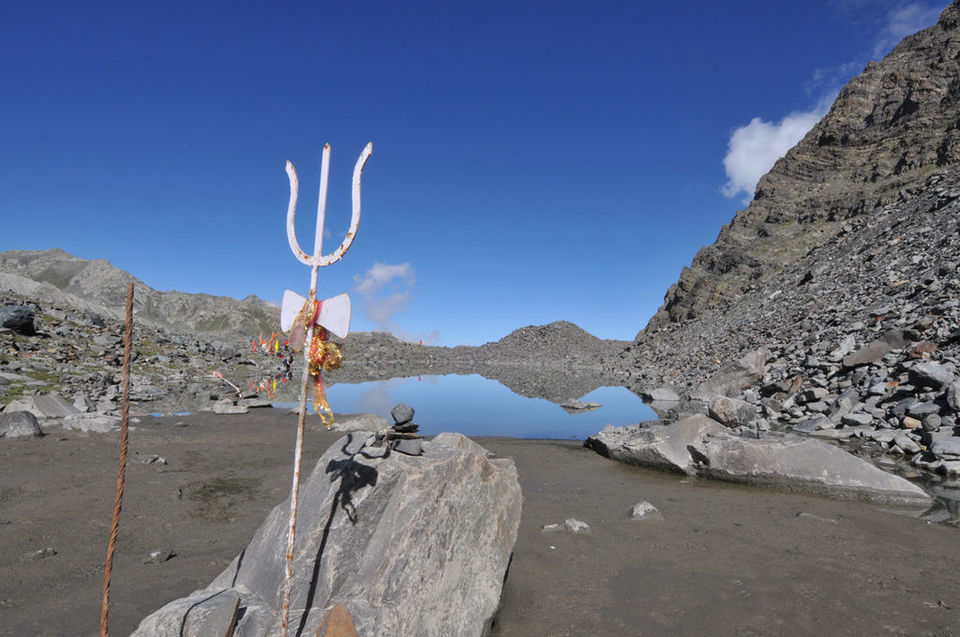 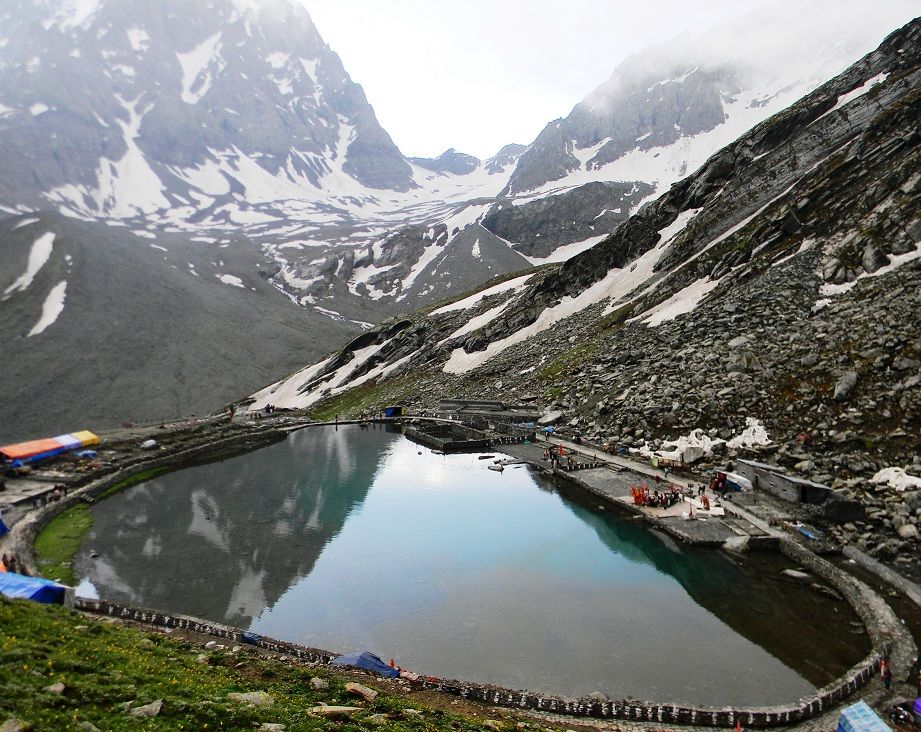 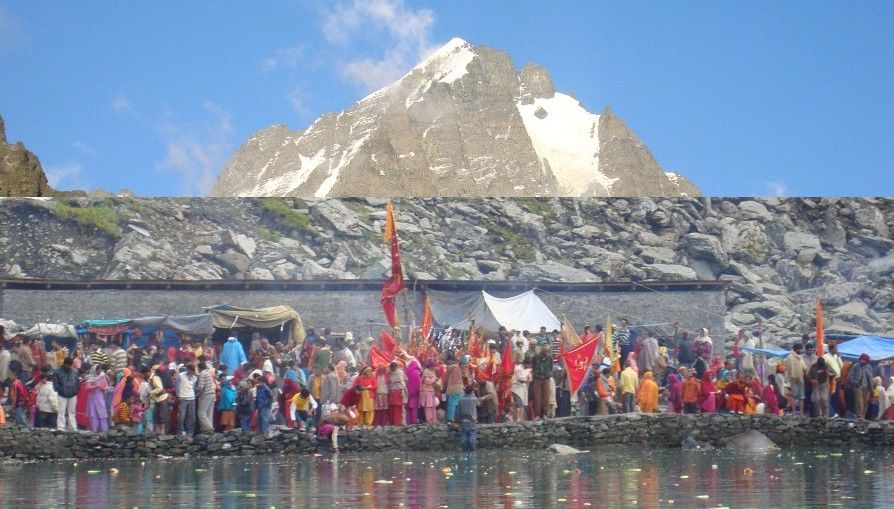 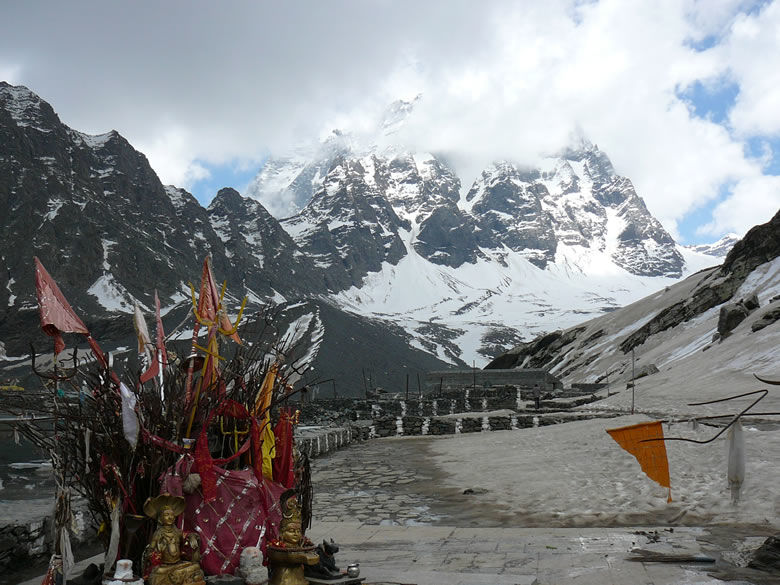 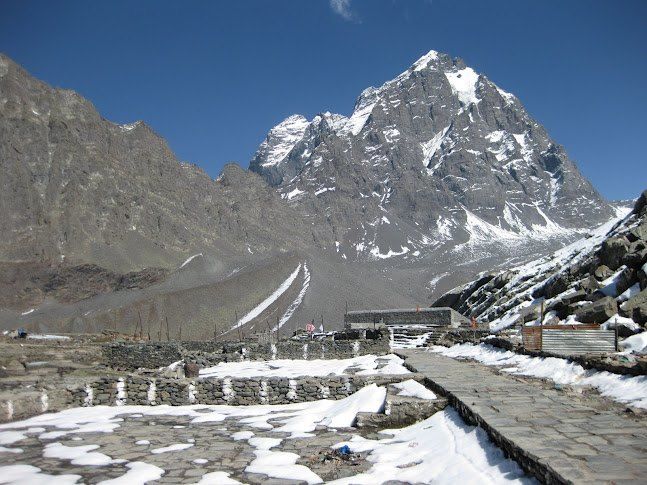 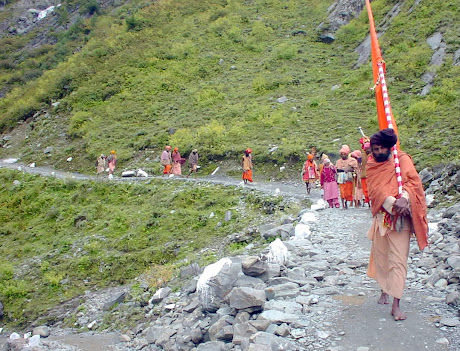 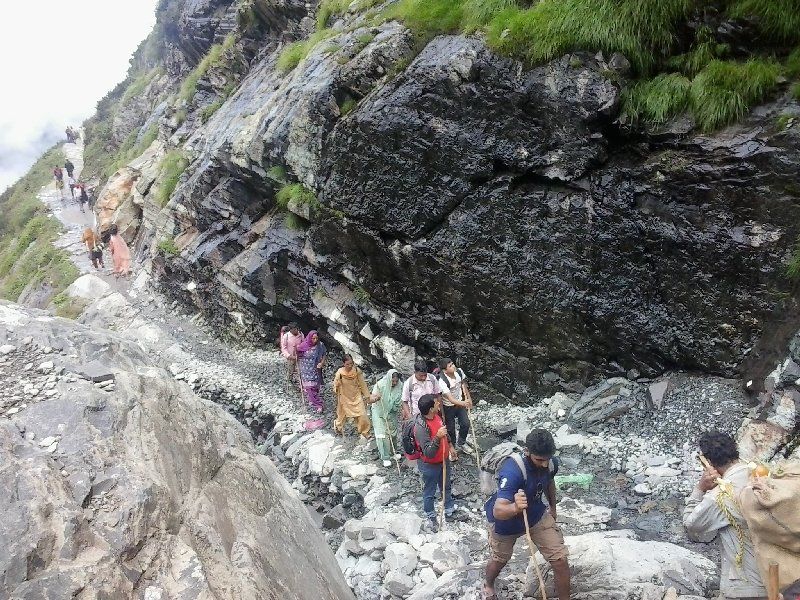 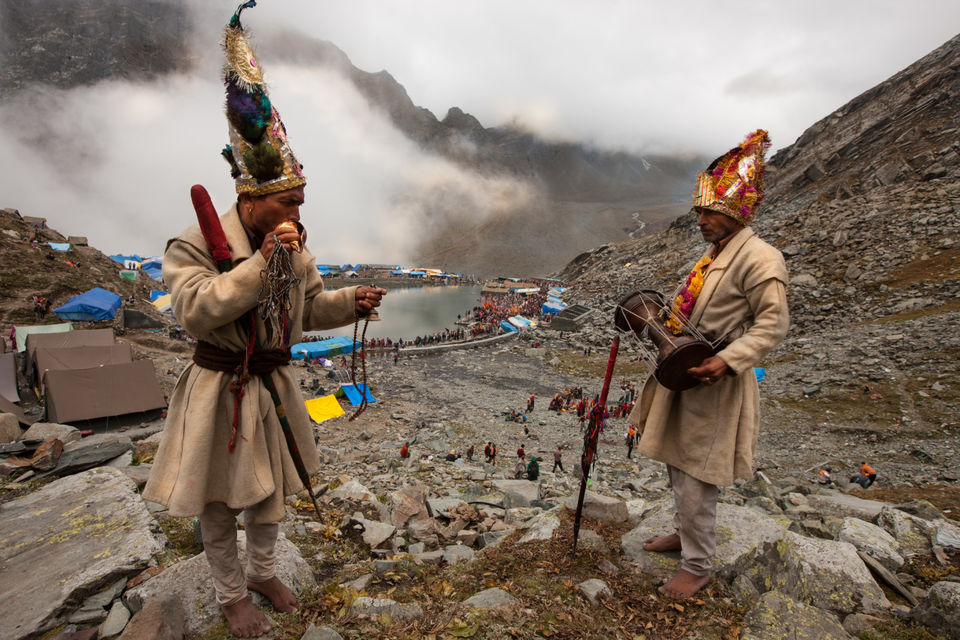 Ever felt, how and till what extent can the spiritual belief of people draw them...? I really have an answer to that, MANIMAHESH PEAK and MANIMAHESH LAKE... Manimahesh Kailash Peak is also known as Chamba Kailash is believed to be the abode of Hindu God Shiva. Located in the Bharmour subdivision of the Chamba district, the peak is 26 kilometres (16 mi) from Bharmour in the Budhil valley. Manimahesh Kailash has not been successfully summitted by mountaineers and is thus a virgin peak. An attempt to climb the peak in 1968 by an Indo–Japanese team led by Nandini Patel was aborted. This failure is attributed to the divine prowess of the peak since it is revered as the holy mountain of Chamba according to the staunch devotees of the Manimahesh Lake and the peak.

In one popular legend, it is believed that Lord Shiva created Manimahesh after he married Goddess Parvati, who is worshipped as Ma Girja. There are many other legends narrated linking Lord Shiva and his show of displeasure through avalanches and blizzards that occur in the region.

According to a local myth, Lord Shiva is believed to reside in Manimahesh Kailash. A rock formation in the form of a Shivling on this mountain is considered as the manifestation of Lord Shiva. The snow field at the base of the mountain is called by the local people as Shiva's Chaugan (play field).

It is also believed that Manimahesh Kailash is invincible as no one has so far scaled it, in spite of claims to the contrary and the fact that much taller peaks have been scaled, including Mount Everest. According to one legend, a local tribe, a Gaddi, tried to climb along with a herd of sheep and is believed to have been turned into stone along with his sheep. The series of minor peaks around the principal peak are believed to be the remnants of the shepherd and his sheep.

Another legend narrated is that a snake also attempted to climb the mountain but failed and was converted into stone. Devotees believe that that they can view the peak only if the Lord wishes so. Bad weather covering the peak with clouds is also explained as a displeasure of the Lord.

Etymology of 'Manimahesh' signifies a "jewel (Mani) on Lord Shiva's (Mahesh's) crown". According to a local legend, the moon-rays reflected from the jewel can be seen from Manimahesh Lake on clear full moon night (which is a rare occasion). However, it has been inferred that such a phenomenon could be the result of reflection of light from the glacier that embellishes the peak in the form of a serpent around Shiva's neck.

A rare event of the first sun’s rays falling on the Mani Mahesh peak is seen in reflection in the lake like saffron tilak. This display in the lake has enhanced the legendary belief of the Gaddis on the sanctity of Manimahesh Lake at the base of the Mount Kailash, which they visit on an annual pilgrimage. This event has also contributed to the practice of taking bath in the lake on Janmashtami day or Radhashtami day, fifteen days after the birth of Lord Krishna.

Manimahesh Lake is at a high altitude with the elevation 4,080 metres. The religious significance of this lake is next to that of the Lake Manasarovar in Tibet. Even though the Manimahesh Lake is of small size with shallow depth, its location, directly below Manimahesh Kailas peak and several other peaks and dangling glaciers, is an “inspiration even to the least devout pilgrim.”

Trekking in the last reach is through the glacier fields of the lake. However, on the way, the walk is through the valley of flowers and wild medicinal herbs up to the lake. Reaching the lake feels as if we have reached a land with no noise, its pure spirituality... The silence of the place is broken only when the pilgrims visit the place in large numbers, an evening before the holy dip (locally known as naun) in the lake.

Pilgrimage to the lake is held every year during the Hindu month of Badon on Radha asthami, the 15th day following the festival of Janmashtami, corresponding to the Gregorian month of August or September. Pilgrims undertake the holy trek barefoot and cover a distance of 14 kilometres (8.7 mi) from the nearest road point of Hadsar to the Manimahesh Lake. The trek is accompanied by various pilgrims who accompany the silent trak with hymns in praise of Lord Shiva. It is a two-day trek to the lake from Hadsar with a night halt at Dhanchho. Tents are available for hire at Bharmour or Chamba. Ponies are hired by some devotees for the trek.

My holy trek started from the Laxmi Narayan temple and the Dashnami Akhara in Chamba. After the procession arrives at the lake, ceremonies are held all through the night. On the following day, pilgrims take a holy dip (naun) in the lake. After taking bath in the holy waters of the lake, pilgrims circumambulate the lake three times as an act of reverence, seeking blessings of the Lord Shiva. However, before taking a final dip in the Mani Mahesh Lake, women devotees take a dip at the Gauri Khund, which is situated about a mile short of the lake while men take bath at Shiv Karotri a part of the main lake. The belief is that Parvati, Shiva’s consort bathed at the Gauri Khund, while Shiva took his bath at the Shiv Karotri.

When I asked the locals regarding the question which i asked to you all at the start of this post... They smiled and directed me to the senior of those 'sadhus'. I asked him about the level of spiritual belief of the people and he told me that the Manimahesh Lake is a shallow lake and this lake is frozen with ice, nearly all through the year... During this period when the Manimahesh Yatra is followed, it is said that just before that the locals break the top layer of the ice on the lake with tools like hammers... now the answer is self explanatory... Taking a holy dip in the extremely cold water, is the limit, doing the complete trek barefoot with just a stick (chhari) in hand is another... praying for the ultimate god and seeking forgiveness for the past sins in such a manner is the third limit... Which I can count for... I don't know much about spirituality, but one thing, that yes... after taking a dip in that icy cold holy waters of the lake felt as if my heart is also taking the name of LORD SHIVA in its beats...

I would definitely go on this trek again... and this time it would not be for just an answer, it would be for spirituality