View of the Mountains from Dharan 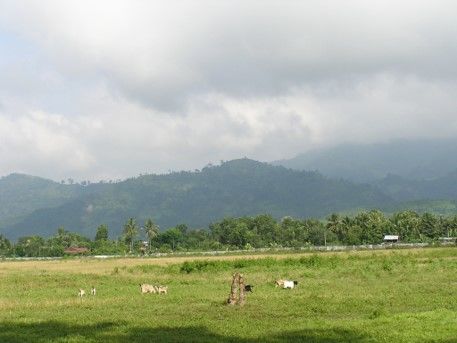 The idea of writing about Dharan did not come overnight. I have spent most of my childhood in this closely connected tiny town which significantly gives me all the more reason to extensively elaborate.

Situated on the foothills of the Mahabharata range, Dharan is the second largest city in eastern Nepal with no more than 1,10,000 residents. The peaceful demeanor of the locals warms you up making you feel at home.

History has it that during the 1890s large parts of the forest were cleared to establish the settlement of Dharan. A lot of us do not know an interesting fact that the city actually got its name from wooden platforms used to saw logs.

Dharan gained popularity with the establishment of the Gurkha Regiment Centre in 1953 and has ever since been brimming with activity. The Centre was later converted to a medical institution now known as B.P. Koirala Institute of Health Sciences.

B.P. Koirala Institute of Health Sciences was established in 1993. It is interesting to note the campus surrounding the hospital has grown to be a famous tourist spot. Tourists visit to relax and enjoy a good view of the Himalayas while picnicking in a lush park gorging on Momos drizzled with the authentic Nepalese peanut sauce. The laid back attitude of the locals takes you straight into holiday mode. Be prepared to see a throng of young men jogging in the wee hours of the morning. The campus is a common ground for health fanatics.

Spiritual travelers should visit the Dantakali temple. If you are staying at the main market, it would not take you more than half an hour. Mythology states a forlorn Lord Shiva had carried Sati Devi's corpse and wandered aimlessly around the world during which her teeth fell in the middle of Vijaypur hill on which, the temple was built after 1978 AD.

If you don't mind travelling through a winding road for little more than an hour, I would recommend you visit the town of Bhedetar. Perched at 1420 meters, Bhedetar presents to you a picturesque view of the valley below and makes you feel a thousand times closer to the mountains. If the weather too is in your favour, the view is breathtaking and nothing less than a postcard.

Bhedetar is littered with eateries serving Momos and Sekuwa. Sekuwa is barbecued meat grilled in the traditional Nepali style. If you are quite adventurous and enjoy an occasional drink, you should try a mug of Thongba. It is an alcoholic drink made out of millets which is traditionally consumed by the Limbu community in eastern Nepal. The consumption is rather unique. Boiled water is added to fermented millets and is left to set for a few minutes after which it is consumed.

The best time to pay a visit would be from the month of March to the middle of May. A weekend getaway would be ideal for people living in nearby states in India.

If you love understanding different types of cultures, enjoy nature, love getting experimental with food and don't mind visiting your spiritual side every once in a while, Dharan would not disappoint.