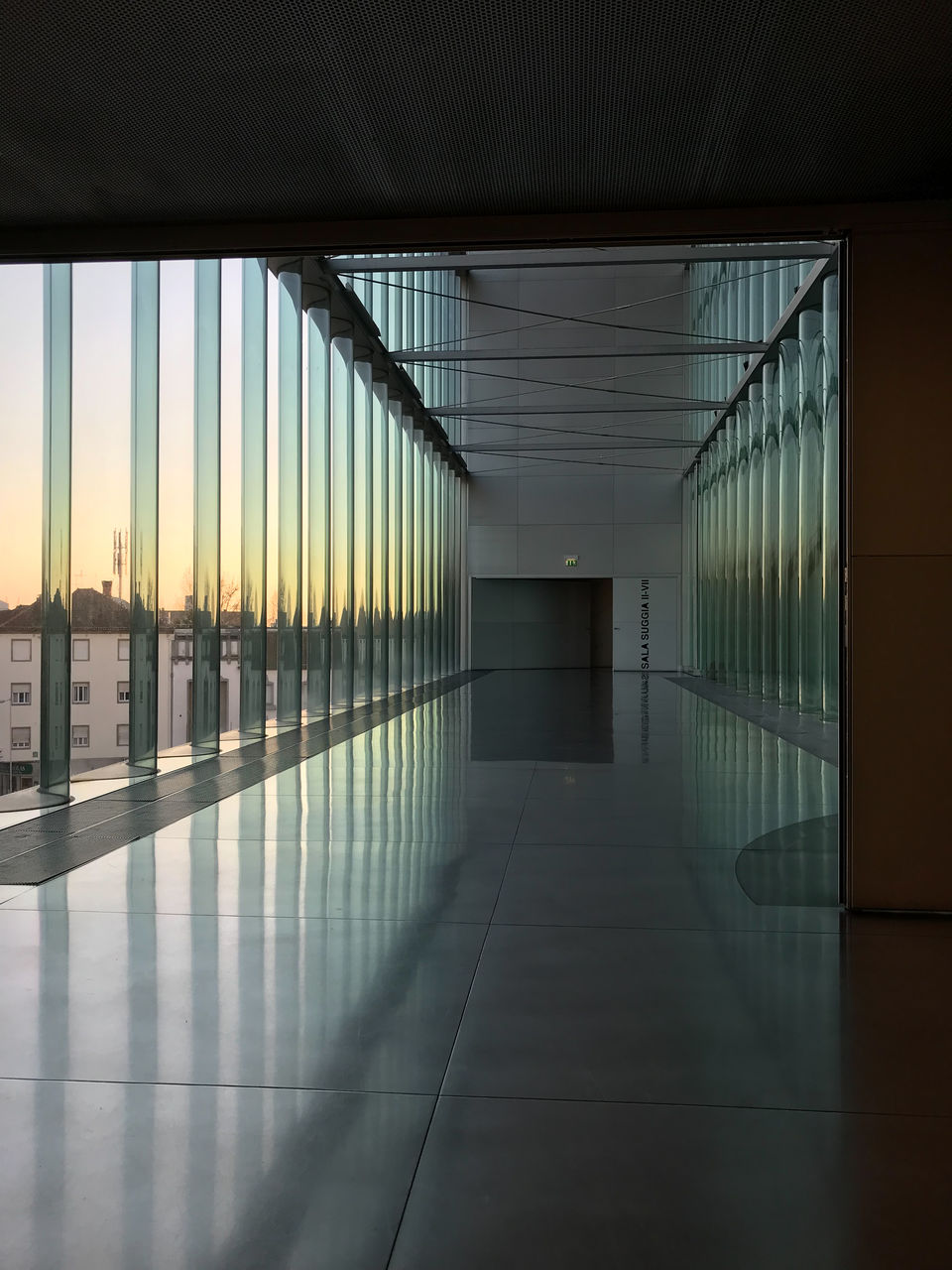 Casa da Música, this diamond shape building, was designed by Rem Koolhas and is a building that stands out from its surroundings.

As we come closer to the building, there’s a very particular dynamic: the square that surrounds the building is full of kids, skating. Something that at first was forbidden, but that today is very representative of the area. It’s crazy... the urban life was completely changed by the building.

That must be one of the best things of being an artist: seeing people subverting, enjoying and using your creation. It’s marvelous to see kids in every corner, having fun.

We enter the building for our guided tour.

The first thing that the guide points out is: "the most important concept of the project is transparency". And definitely, it will be always present during our visit.

The opposite wall of the ticket office is perforated. On the other side of that wall there’s a glass box - the rehearsal room - and when someone is rehearsing, we can see them.

The foyer is deliberately different from the typical large foyers of this kind of buildings. Later in the visit, we understand that it is part of a continuous public route that connects the spaces around the Grand Auditorium - the Sala Suggia.

Sala Suggia, the heart of the building, pays tribute to Guilhermina Suggia, from Porto, who was the first cellist to have an international career in a time when most orchestras didn’t admit women.

It has superb natural light, entailed by the innovative materials and transparency, and is a room where nothing was left to chance – from its acoustics to the velvet seats.

The auditorium is the centerpiece, and everything else blooms around it. From our seat, we can see the other rooms, through waving windows, that also contribute to the acoustic quality of the space.

The next stop is the VIP room. This room is intended to be a distinct and particularly formal space. It is totally coated by tiles, hand-painted by Portuguese artisans, and representing sets of tiles from important buildings, as the ones we can find in the São Bento station.

The architect aimed to establish a connection between his country (the country of the blue Delft) and Portugal, that also has a great tradition in ceramics.

The secondary auditorium is also detailed built, for the perfect acoustics. Next to it, there's the suspended lounge, on the opposite side of the top wall of the great auditorium.

The educational rooms are super stimulants, from the colors to the coating.

Our last stop is another tiny room, covered by geometric tiles. These tiles are traditionally from the north of Portugal. It’s astounding how our perspective of the tiles changes, according to the place where we are in the room.

Every room is perfectly thought for its function. But there’s something in the building that sticks with you… and I believe that it has to do with the way the body flows through the spaces.