Hidden Gems of Philippines: Why I Fell Head-Over-Heels In Love With The Country! 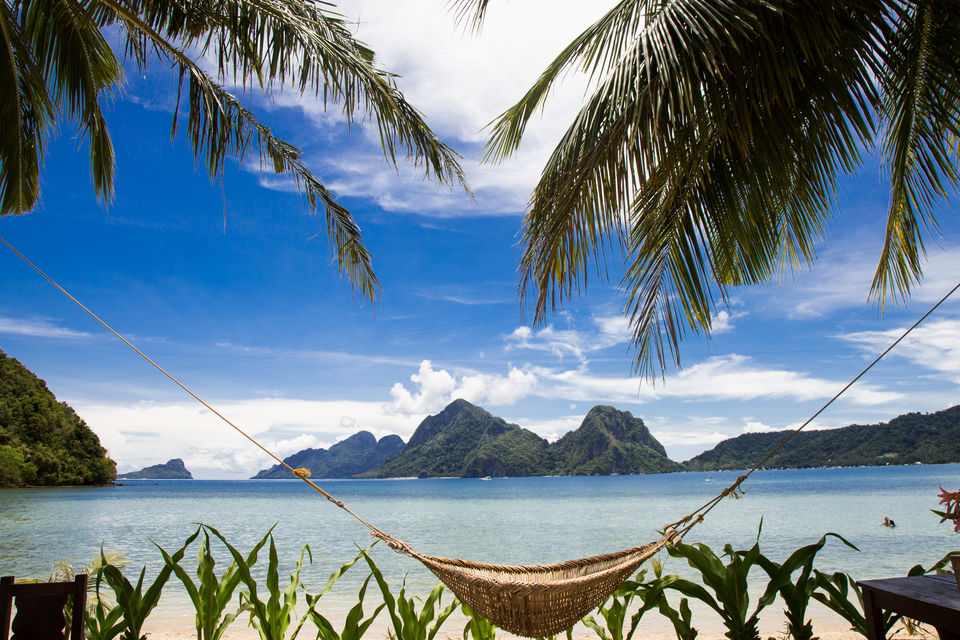 I took the one less traveled by, And that has made all the difference. - Robert Frost.

Now imagine the same lake with a bunch of people splashing water and swimming in the lake. Will it be the same?

We had 10 days in this magical country! There is so much to do in the Philippines! We were lost for choice between wanting to zillion things. So much to do. So little time! We did a little bit of island hopping, some city slicking in Manila, whale shark swimming and exploring a few lagoons and lakes. We saw some gorgeous hidden gems, which didn't get the attention a James Bond Island or a Niagara falls did but is breathtaking! Listing some of those beautiful places so you can add to your bucket list!

This lake is the 2nd clearest lake in Asia! Kayangan Lake is surrounded by limestone mountains. Getting there involves a short trek of 15 minutes but it was so worth it! The color of the water was unbelievably blue! 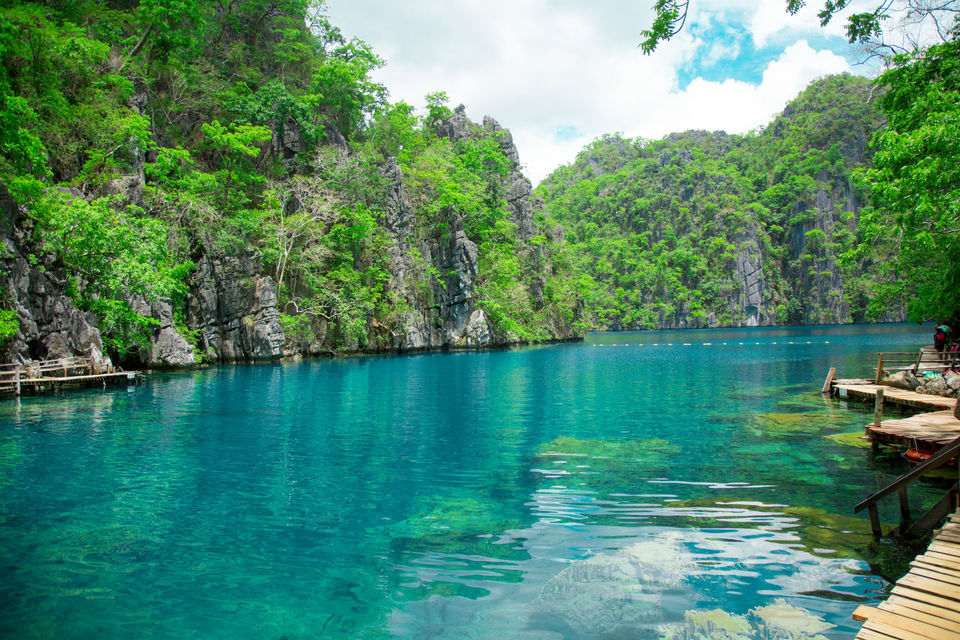 This is another clear water lake in Coron, Philippines. It's hidden behind a huge cliff. This very deep lake still has two big barracudas. The water here was a shade of DEEP blue and no snorkeling/swimming was allowed without a life-jacket but our guide Randy had his share of fun nonetheless! It's an eerie lake and swimming in this lake did scare me a little. 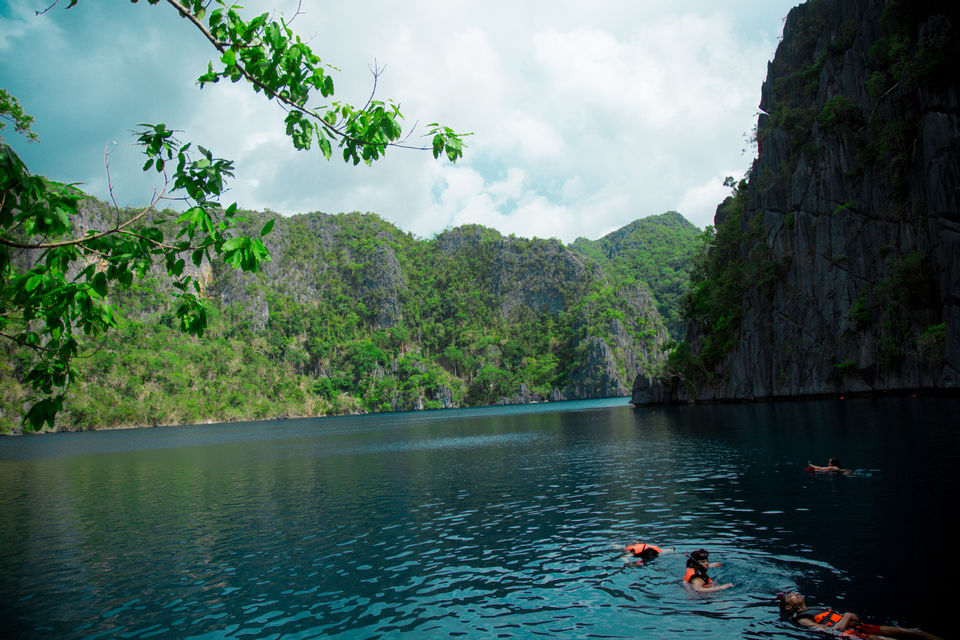 Look how fancy this Philippines is. It has a ‘Twin Lagoon’. Usually, during a high tide, access to the second lagoon is cut off due to the rising water levels. This lagoon had clear white sands and varying levels of depth. 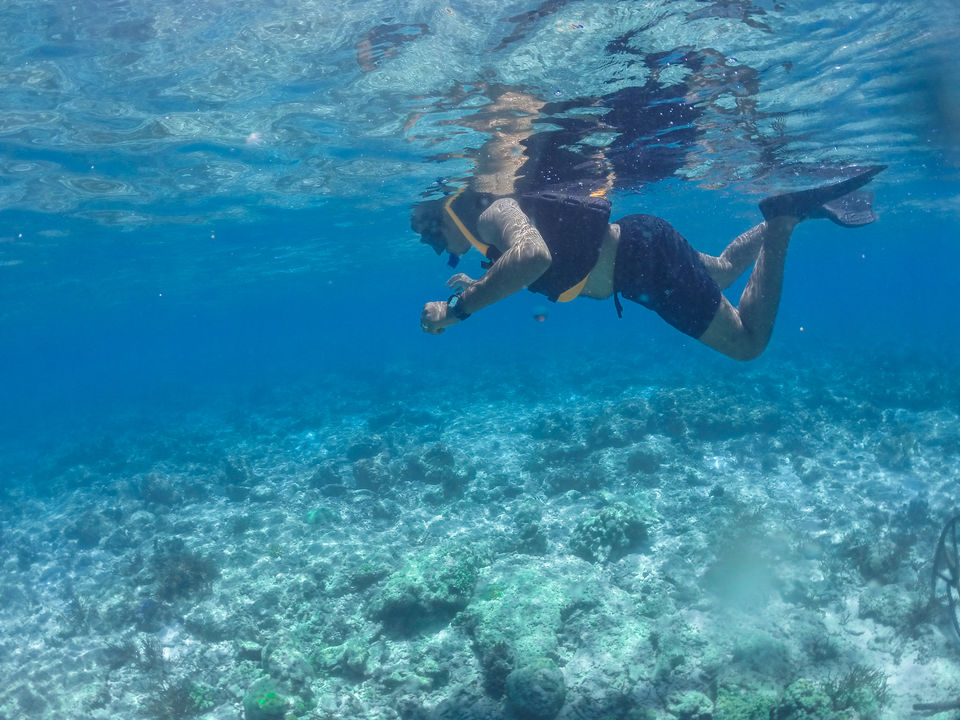 El Nido is a small touristy town in the Philippines. We were staying at the heart of El Nido. We took a tricycle to the Las Cabanas beach which costs roughly around 50 PHP (70 Rs). However, we had to take a short steep trek from the roadside to get to the starting point of the Zip Line. We had a choice of flying ‘the Superman position’ or the ‘sitting position’ in addition to our choice of one-way/two-way routes. We zip-lined from one island to another with a Panoramic view of gorgeous turquoise-blue Las Cabanas beach right below. The experience was exhilarating! Once at the other side, we climbed down the bamboo staircase and walked along the shallow beach with knee deep water to get back to the Las Cabanas beach. 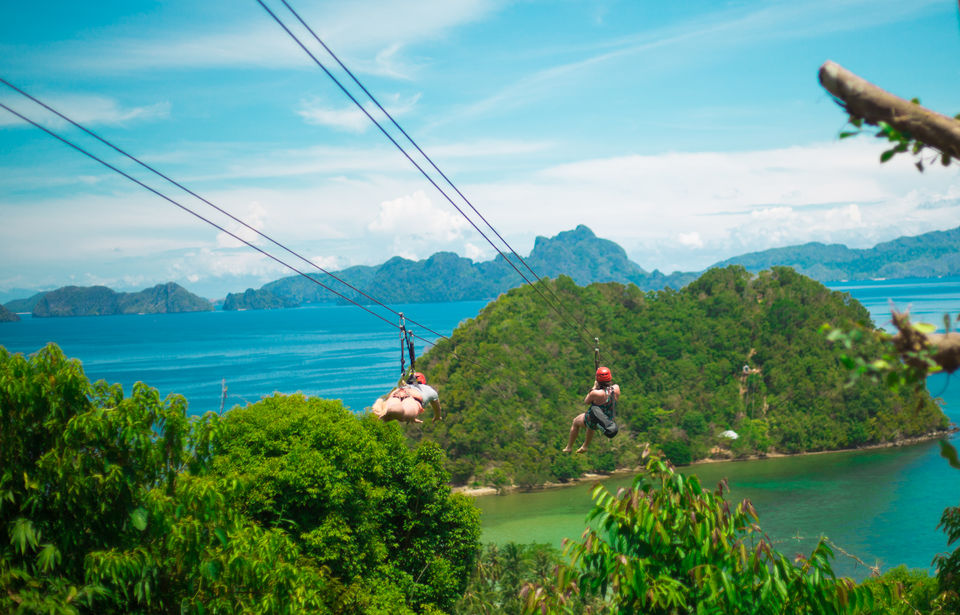 Cebu is one of the biggest islands of the Philippines. We took a flight from Palawan to Cebu. The whale shark swimming was in a place called Oslob in Cebu. Whale sharks are also called as Gentle Giants. The fishermen in Oslob feed these whale sharks and they come to relatively shallow part of the sea. Offbeat tourists flock from every part of the world to swim with the biggest fish in the world. The average height of the whale sharks is around 30 feet. It was a gorgeous experience to swim with these beautiful animals. So elegant and so scary. Read more about this experience here. 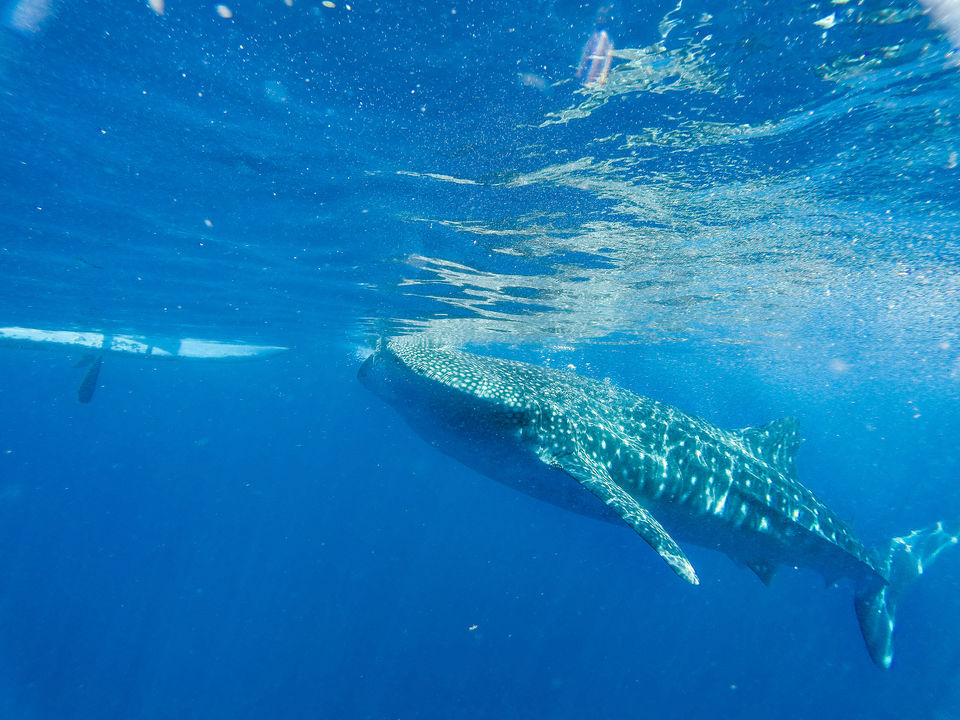 This secluded lake was empty when we got there and we got to swim in this turquoise blue lake. We swam and snorkeled to our heart’s content before breaking for lunch. Such a breathtaking experience. 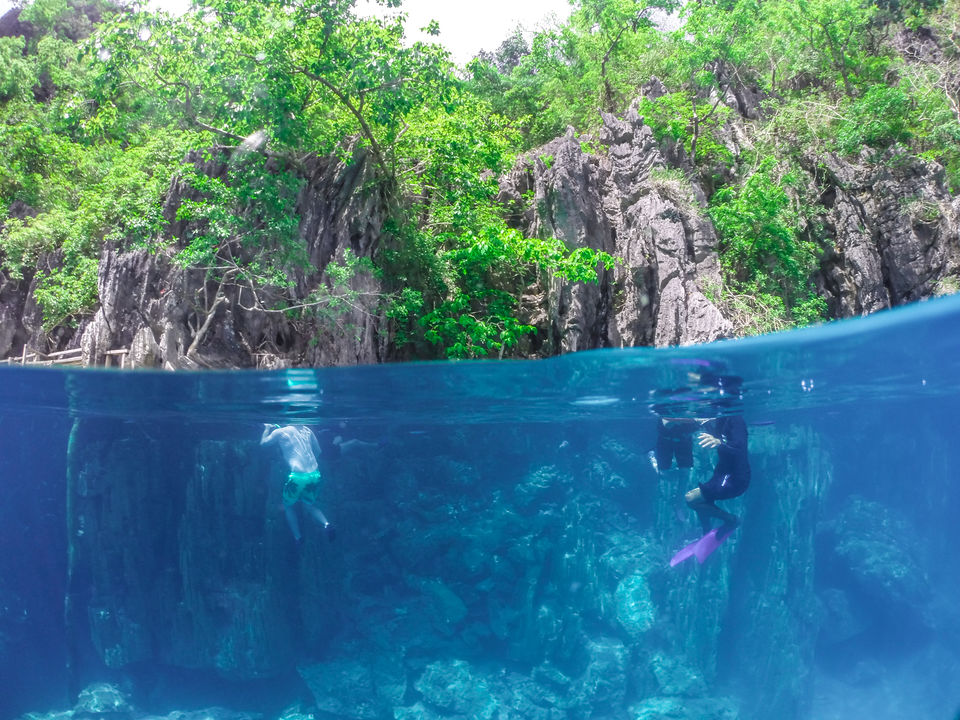 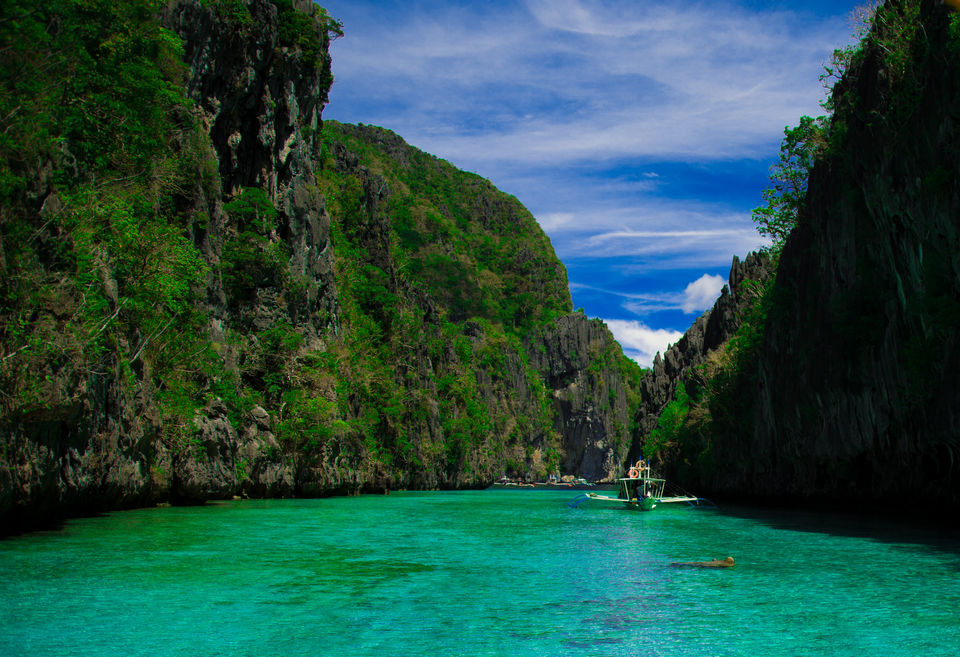 Swimming With Whale Sharks In Cebu.

The Philippines is made up of gorgeous islands, some of the best places to scuba dive, not so populated beaches and some spectacular volcanoes. You'd be surprised to find beautiful resorts at a very affordable price here. Unlike the other touristy island countries, in The Philippines, you can find a gorgeous room in a seaside villa for Rs 1800 only! You must plan a trip here soon! :)

Villa Germaroze in Oslob for Rs 1800 per night! Look at this view! 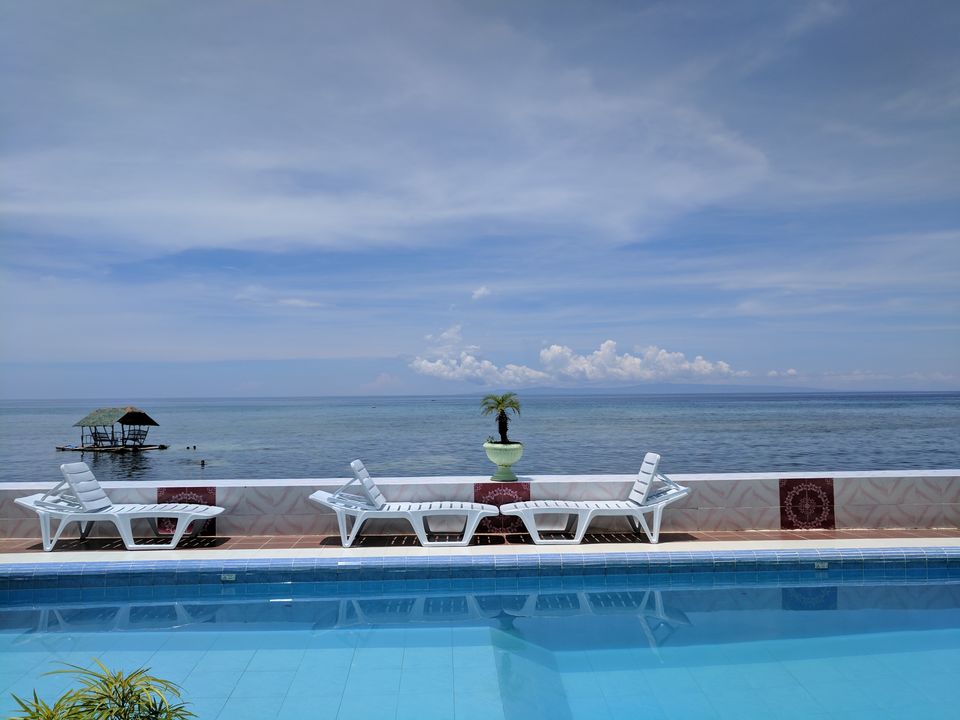 Love this blog? Do let me know by commenting below! Follow my adventures here!