Sinhagad Fort - A Journey to History and nature's Prosperity 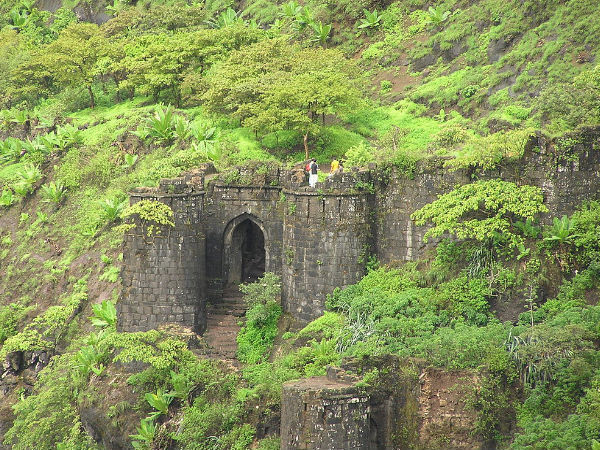 My first Trek of my life and good it was really great experience.Built 2000 years ago. The caves and the carvings in the Kaundinyeshwar temple stand as proofs for the same. If you meet any Punekar and ask him he will at least once in his lifetime have trekked fort sinhagad. Sinhagad have a great history it was won by shivaji maharaj and commander to undertake was taken by Tanaji malusare. story goes that tanaji wanted Shivaji mahraj to atted their son's wedding and give his blessing but after meeting Maharaj he understood about mission to recapture fort. He asked Shivaji maharaj personally to be the person to caputre it for him. And said very famous words 'ADI LAAGNA KONDANACHA ANI MAAG RAIBACHA(son)'translated as First marraige must be done of kondhana then Raiba 's. After Tanaji's Death Maharaj renamed the fort as Sinhagad. And famous proverb said by him was 'Gad (fort) ala Paan Sinha gela' 'Won fort but lost lion' as translated.

Previously known as Kondhana, the fort had been the site of many battles, most notably the Battle of Sinhagad in 1670. Perched on an isolated cliff of the Bhuleswar range in the Sahyadri Mountains, the fort is situated on a hill about 760 metres above ground and 1,312 metres above mean sea level

A water color painting of Pune dating back to the late Peshwa era by British artist, Henry Salt. The picture clearly depicts the towering Sinhagad Fort in the background

One of the most famous battles on Sinhgad was fought by Tanaji Malusare, a general of Chhatrapati Shivaji of the Maratha Empire in order to recapture the fort on March 1670

A steep cliff leading to the fort was scaled in the dead of the night with the help of a tamed monitor lizard named "Yashwanti", colloquially known as a ghorpad. Thereafter, A fierce battle ensued between Tanaji and his men versus the Mughal army headed by "Udaybhan Singh Rathod", a Rajput sardar who had control of the fort. Tanaji Malusare lost his life, but his brother "Suryaji" took over and captured the Kondana fort, now known as Sinhagad.

The Sinhagad Fort is a popular weekend destination for many residents of Pune, including trekking enthusiasts with access to the top of the fort from the base of the Sinhgad village. The trek involves a one-way walk of 2.7 km (1.6 miles) over which the walker gains about 600 m (1950 feet) in elevation.

Parts of the once extensive fortification are in ruins. The fort houses a memorial to Tanaji as well as the tomb of Rajaram Chhatrapati. Visitors can see the military stables, a brewery and a temple of goddess Kali (goddess) along with a Hanuman statue to the right side of the temple, as well as the historic gates.

Pitla - Pitla is a spicy, runny, thick curry made of besan (gram flour)

I would not recommend using a public transport as the travelling will take more time and it will spoil the drive experience.

So thus End the Journey Least but Not Last