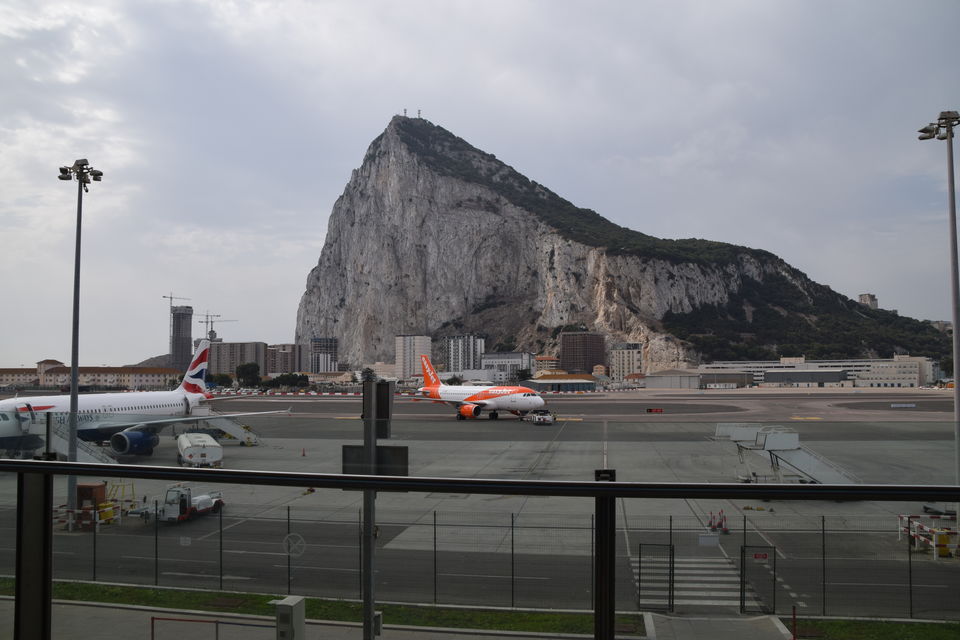 Gibraltar is on the green list and so we planned our only foreign trip for 2021 to Gibraltar.

We booked British Airways holidays with flights(BA) and hotel (Holiday Inn express) included. The best thing is that the flights have a good schedule and considering Heathrow is near our house, Heathrow is our first choice as an airport. Comparing the costs with other flights, it was a good deal of around 1000 GBP for 3 of us (2 adults and 1 kid).

Our journey started with a hiccup. My son and I hold Indian passports and my husband holds British passport. Travelling to Gibraltar does not need a visa for UK residents i.e if someone has a UK resident visa (most probably if the issued visa is for at least 6 months), they can visit Gibraltar without visa. Now the flight we were supposed to travel got diverted through Malaga and thus me and my son were not allowed without a Schengen visa. Thus we had to book the next flight, luckily no extra cost was asked.

We had to book for free Covid tests to be taken in Gibraltar airport. Further information can be found in https://www.visitgibraltar.gi/covid-19.

On the first day we intend to know the place. Holiday Inn is around 10 mins from the airport. After freshening up, we went to find the town square for lunch. We went to Casemates square, the main square in the town centre. There were some nice restaurants including Mexican, British and Spanish cuisine.

After a delightful Spanish lunch including Prawn gambas and Prawn pil pil, we took a bus (day pass can be obtained) to the airport. Just near to the airport there is ‘Ocean village’ comprising the port, few posh restaurants and also a big superstore. We clicked some pictures and also came to know that the dolphin rides start from there.

Then we went to the airport. Gibraltar airport has a speciality, the runway crosses the road, so the traffic is stopped when a flight lands, which is something to see and enjoy.

We booked (online) the dolphin ride as the first thing in the morning and headed to the Ocean village to take our cruise. This was quite a fun ride and I definitely recommend it. The cruise took us in the middle of the sea where it was a dolphin breeding zone and we saw a load of dolphins.

Rest of the day we enjoyed the beach. We first took a bus to ‘Catalan bay’. I read the reviews that though the beach is nice but usually very crowded as it's the locals’ favourite and it was just true. I thought about the sandy beaches in UK, tried walking barefooted and almost burned my feet.

We went to the Eastern beach from there, which was lovely, the biggest in Gibraltar and just right to spend the rest of the day. We had our lunch in a nice beach restaurant. Toilet facilities were there.

In the evening we had our supper on the Holiday Inn’s terrace.

The next day’s plan was to climb and see the Gibraltar rock. Now here is a warning, there are various cab/bus tours available but we wanted to avail the cable car and did not take any tour and I think that was a mistake.

The cable car carries to the top of the rock and the ride is pleasant but it's a short ride and nothing too good, as one can get the same view from the top of the rock. Now, I said not taking a tour was a mistake, because it was a hot day and we had a kid, so going from one spot to the other on the rock was a little bit of a hurdle.

Note: Try to carry as much water as possible, water kiosks in almost every attraction spot but the spots themselves are not nearby.

The rock tour itself was quite interesting, firstly the famous monkeys of Gibraltar, Barbary macaques.

Note: As cautioned, do not carry any food packet or plastic, we did see them snatching thing from the people, otherwise they are mostly well behaved.

We saw two restaurants, one on top of the rock and second near St Michael's Caves. Both spots have toilet facilities.

We walked across the rock and finally reached the town centre, to have a lovely Italian dinner.

Last day was for returning to London. As we know the hotel is not that far from the airport, we just managed to walk to the airport. I would like to mention here that Holiday Inn Express is definitely a decent budget hotel and very well located.

Finally I want to conclude saying that Gibraltar is a not that cosmopolitan like UK and not as vibrant as Spain but it definitely has its charm and is a lovely weekend destination without the headache of Schengen visa.