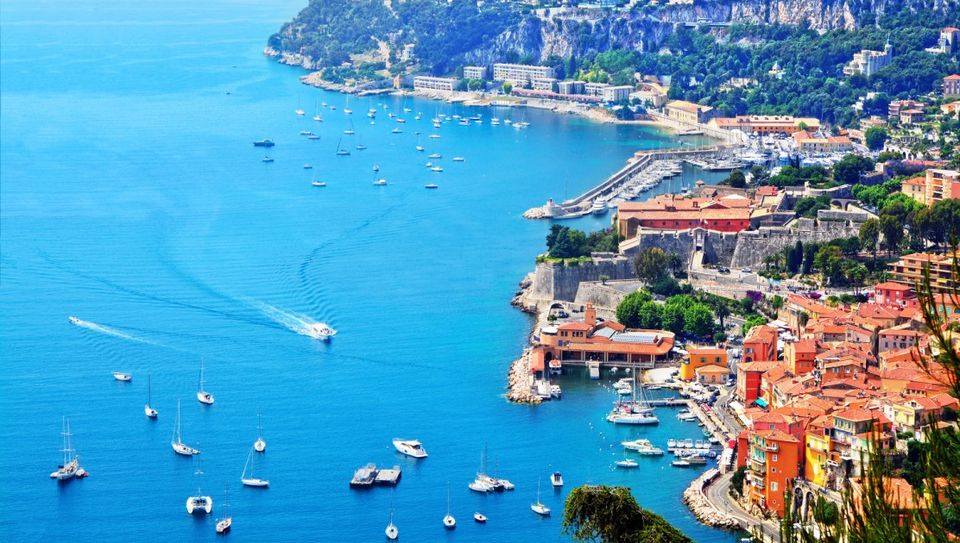 No matter how much you try, you might miss out on something or the other. Don't lose out on precious memories with the people you love, just to fit in an extra visit.

It's bright! It's sunny! It's summer! It's May! It's the most awaited month for the International Fashion, Film and Travel industries!

Between Rihanna reigning as the Queen B of the MET Gala, Deepika Padukone and Priyanka Chopra getting massively trolled for their Tommy Hilfiger and Michael Kors ensembles and Kendall Jenner on the 10th anniversary cover of Vogue India with Sushant Singh Rajput, social media has been in a frenzy.

And just when we wished for peace to prevail, the excitement of the Cannes Film Festival is upon us! Between all this talk about the festival and the latest Brand Ambassador walking the red carpet at Cannes with Ash and Sonam, wouldn't it be refreshing if someone spoke about Cannes as a city and not just a flurry of shutterbugs?

I caught up with a very close friend of mine, who is all too pleased to spill the beans on this exquisite little town in the French Riviera.

Devanshi is an avid traveller who is too restless to be in one place for too long a time. Between her busy weekdays and weekend parties in Mumbai, Devanshi has been to the US, lived in the UK for 5 years, backpacked across Europe to Paris, Bordeaux, Toulouse, Nice, Cannes, Monaco amongst many others.

Q: How much time should one spend at Cannes?

A: "We were essentially on a backpacking trip through Europe so firstly we had limited time on our hands for a particular place. Secondly, the locals advised us that a day trip to Cannes would be sufficient to cover the entire town. However, Cannes is not a very big city. It is a small town and you can cover almost everything in a day. Although you should expect a lot of walking!"

While you are at Cannes, you must visit The Boulevard de la Croisette - which is an elegant palm-lined boulevard and home to the grand French Art Nouveau architecture designed by Charles Dalmas. The boulevard extends to the Palais des Festivals, which is the heart of the Cannes Film Festival, and a beachfront promenade which looks out to the splendid Lérins Islands.

The Palais des Festivals et des Congrès is the venue of the famous Cannes Film Festival. Designed by the architects Bennett and Druet. Apart from the film festival, the building also hosts the G20 Summit, the international music trade show MIDEM, and the MIPTV (International Television Programme Market) events.

The old town or Le Suquet is the fishing village perched on the slopes of Mont Chevalier above the bay. At the heart of Le Suquet, the old church, Eglise du Suquet, and the 11th-century Tour du Mont Chevalier watchtower dominate the skyline. Don't forget to wander the quaint old streets during sunset.

A: "Definitely check out the street markets in the old city for local stuff. You won't really find High Street Fashion there."

The old town's main shopping streets are the Rue Meynadier and the Rue d'Antibes which are renowned for their speciality gourmet boutiques. A shopping destination for French Riviera fashions, these streets are lined with designer prêt-à-porter clothing boutiques and local textiles that will take your breath away.

Notre-Dame de l'Espérance is the most important church in Cannes and a must visit. Built in the 16th century it has a notable 17th-century Madonna on the high altar. There is also a wooden statue of Saint Anne that dates back to the 1500s. During the Second World War, the church was temporarily used as a hospital.

Cannes is famous for its white sandy beaches and the calm of the Mediterranean Sea. While many of the beaches in Cannes are owned by hotels, there are several beaches open to the public.

These include the Macé Beach and the Zamenhof Beach, located off the Boulevard de la Croisette. These beaches charge a small fee (€4 - €7) for use of the lounge chairs and parasols.

Hours are from 8:30am-6:30 pm during the tourist season. If the purse strings are too tight, the Plage de la Casino along the Boulevard de la Croisette, La Bocca Beach, a gorgeous beach with golden sand, and Mouré Rouge Beach near the fishing ports are free of cost and the perfect fit for you.

If you intend to stay a while longer and take in the beauty and warmth of Cannes, you could also visit –

Q: What about food?

A: "For a sit-down meal at a good restaurant will cost you somewhere between 10-12 Euros without alcohol and about 15-20 Euros with alcohol. I would, however, recommend that you try out authentic street French food which will cost you around 2-3 Euros. And don't forget the ice cream!"

Q: So, what should you pack?

The best way to explore any place is by blending in with the locals. Sport light weight sundresses, maxi dresses, linen trousers, cotton tops to keep you cool during the day. A hat is necessary to protect against the heat. Use lots of sunscreen! Carry scarves and sunglasses. For walking around the streets of Cannes, the best footwear is flip flops or any other flat comfortable shoes. Save the high heels for the night.

A: "France is infamous for its Gypsy population who are very good at spotting tourists. Carry a small sling bag which you can keep close to you to avoid losing valuables."

Q: What did you regret missing out upon?

A: "Obviously, the Cannes Film Festival! And not carrying my swim suit. The beaches a beautiful and inviting and even if you have a packed schedule, you can always fit in an hour to enjoy the Mediterranean Sea."

Through my own travel experiences, there is something that I would like all of you to know - No matter how much you try, you might miss out on something or the other. Don't lose out on precious memories with the people you love, just to fit in an extra visit.

Q: Any tips for our readers?

"If you are not crazy about fashion and the glitz and glam of the celebrity world, it is best if you go once the festival is over. You get much better deals on hotels, travel and tours. However, summer is the best time to be at Cannes. Don't just stop at Cannes. Plan your time well so that you can do the entire French Riviera. If you stay at Nice, you can plan day trips to the entire French Riviera."

Well, that was all from our end. Hope you had fun reading!