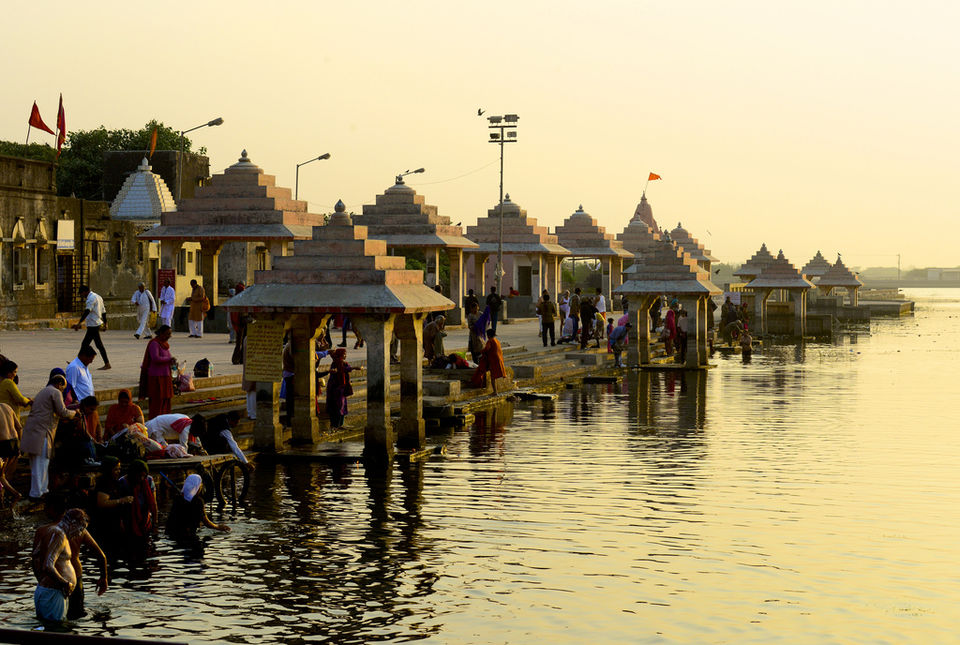 Gujarat hosts a catalog of traveling interests. This westmost state of India has a varied terrain and is crazy abundant in terms of religious and sacred involvements. Infrastructure has been pacing up there since the past few years and tourism as a whole has geared up and frankly Gujarat truly has a lot to offer. Boasting the longest coastline of the country and virgin beaches, alongside ancient temples dripping with architectural genius.

One of the major reason, Gujarat has been crowned with the reputation of being the most religiously jeweled locations is Dwarka. A country like India, where religions are so in abundance and at times enjoys a limelight like in nowhere else, places like Dwarka don't require publicity. A religious hub and an architectural gem, Dwarka is one of the four most holy sites of Hinduism. Being the dwelling place of Lord Krishna made the location an instant legend in the travel books and pilgrims have been rushing in ever since. I myself take no such interests in religions, but Dwarka has historical and architectural values mapped out throughout the entire city. To be honest, seeing the fan following of such a thing as complex as religious interests, makes you dig deep into your conscience and might just lit a tiny flare of belief. Books and elders say that the city till date has been built for the seventh time and regardless remains flawless except for some inevitable crowd control issues. Standing tall in the middle of the town is the Dwarka temple, which goes back to the sixteenth century. The magnificent structure of the same makes it look emergent from the waters of the Arabian Sea. Held by seventy two pillars, this five story high temple and reaches out a little more that two hundred feet towards the sky. The southside of the temple took a different direction and has 56 steps leading to the Gomati river.

Mere descriptions aside, place like Dwarka, Ayodhya, Mathura, Haridwar and Varanasi are the true reasons why the nation has today shaped up as a tycoon in traveling terms. Two years ago when I was wandering along the elaborately ornamented shrines of the city, I was quite frankly disappointed with the monotony of the traveling population. Hiking at Manali or footloosing at the endless beaches of Gokarna, the tourists were as diverse as the locations. But middle aged couples or grey haired, saffron wrapped men were the only types I could remember seeing. Teenagers start saving money for backpacking across Europe before thirty or to quench their adrenaline thirst with select adventure sports but seem to forget why people from the other side of the globe put backpacking this country as a must on their bucket list.