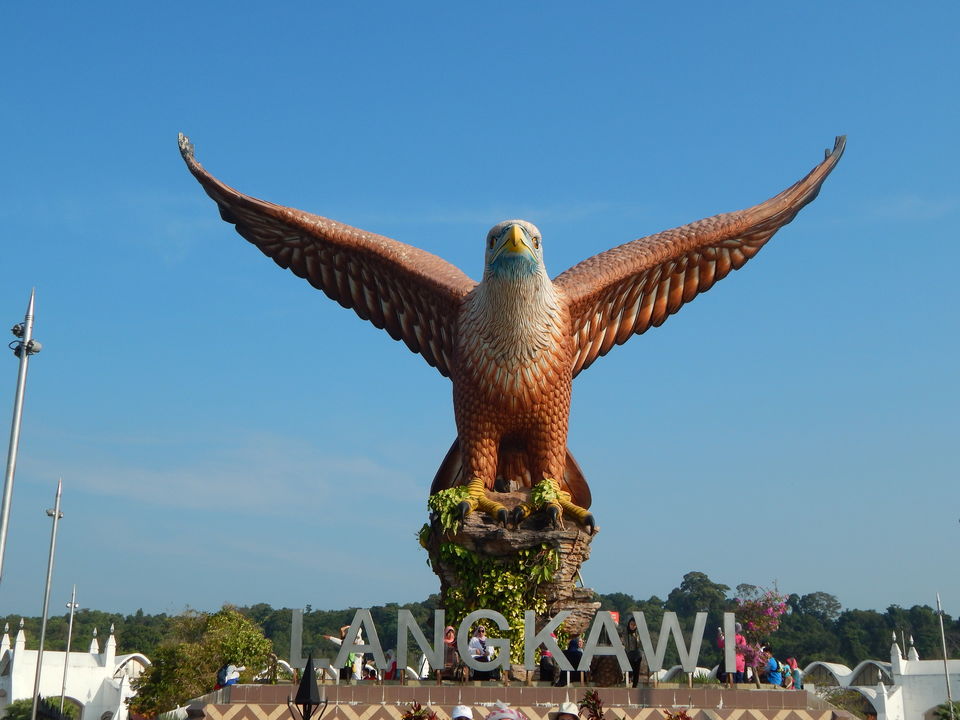 While working in Singapore, I had an opportunity to explore the South East Asian countries as the flight cost was much cheaper. Malaysia, a beautiful vast country had so many islands to explore and so I finalized my plan for Langkawi Island which is known as the best holiday destination island in Malaysian. The island is located near the Malaysian Thai border and can be accessed by flight and Ferries but everyone prefers the flight.

A 1 hour 35 min direct flight from Singapore (Tiger Airways) took us directly to Langkawi Island. The place adjacent to the airport seemed quite normal and nothing as such special. It looked like another normal city with people rushing thru their daily routine. We had booked our accommodation at Green Village resort. This accommodation was only a kilometre away from the famous Cenang beach. As soon we started moving away from the airport, the climate started to become cooler, the number of trees started to increase and the greenery increased. By the time we reached the accommodation, the climate already felt very pleasant.

We reached the accommodation around 13:00 HRS, had some rest, food and started exploring the island.

First we headed straight to Kuah Jetty to see the Dataran Helang, the eagle square. According to one interpretation, Langkawi means island of the reddish-brown eagle, a Brahminy kite and here we were right in front of this eagle. This eagle is quite huge and can be seen from a distance. The reddish-brown eagle at Dataran Lang was built as an emblem of the island. It is a massive 12 meter tall statue situated on the most recognizable monument of the island. Certainly the best place to view the ferries ply across the harbour. According to folklore Langkawi’s name came from two Malay words – ‘helang’ (eagle) and ‘kawi' (reddish brown): hence the name “Lang-kawi”.

The Kuah Jetty is beautiful with blue waters with a green background of the nearby hills.

On our way, there was a very friendly local sitting at building near the Eagle square holding a python. We were staring at the python and suddenly this guy waves at us and called us. He asked whether you want to hold this beauty (pointing at the python). I immediately grabbed it and put it on my shoulders. It was heavy and very warm. It was slithering all over me and wrapped me. It was a good experience to come so close with a python as it was the first time for me. When asked him how much do we pay you? He smiled and replied “Whatever you like”. He then started sharing some memories about the tourists and python. He guided us and told to visit the nearby Legend Park which is a calm place to relax.

After saying goodbye to him, we started walking towards the Legenda park. It was not much crowded but it was a very calm and quite place. As soon as we started walking inside the path, there was a nice romantic pathway which divided the park into two parts. The trees were arching in a particular pattern which was more delightful to watch. There was a soft breeze flowing thru these trees and the leaves made crackling noise

Sunsets are always beautiful to watch and there is no way to miss the sunset at the Langkawi beach. The Cenang beach is the most popular beach in Langkawi and we reached there just in time to have a magnificient view of the sun setting in.

There are lot of beach cafes on the Cenang beach which is flocked by endless tourist. Most of them prefer to relax on the bean bags kept on the beach, eat, chill out.

We went to the Yellow Café for relaxing and spending the evening . The ambience was so nice, with soft music in the background, the nature playing its music thru the waves splashing on the beaches.

There was a staff working at this café, who happened to be from Kolkatta. He approached us and asked whether we were from India. He was so happy to meet us and started talking with us. He looked after us very well. He recommended all special food items and the food was quite amazing.

I also remember India was playing against Pakistan in the Cricket World cup. As we did not have any means to get the score updates, he was updating us with the score time to time on his mobile.

We spent almost 8 hours chit chatting, eating drinking on the beach. This ambience is very difficult for me to forget. There was nothing loud everything was just perfect.

We left past midnight and reach our resort.

We reached the top station of the cable car and it gave a panaromic view of the Langkawi island. The island is densely covered with trees. From the top station, there is a small mountain hike to reach the Sky Bridge. The skybridge was featured in Shah Rukh Khan’s Don. The sky bridge has portion of the bridge with glass flooring. It was very easy to have a look of the forest right beneath your feet.

We descended by the afternoon and after lunch we returned back to our accommodation. We rented out bicycles and started exploring the island.

The evening was spent on the Cenang beach again with the beautiful sunset. The beach has lots of options for watersports like banana ride, parasailing, and Jet Ski. Since I have already had most of these water sports, I was not much interested but then the staff said that you can ride the Jet Ski on your own without any of the staff.

The staff gave a small briefing and how to control, accelerate, turn and start the jet ski. 5 mins later Vroom Vroom, we were already speeding into the sea. If you look the jet ski riding in movies it looks that it is very easy to control but trust me it is not at all easy to control. It took some time for me to understand and judge the movement.

We were just zooming across the ocean and hitting the waves quite hard but the ride was awesome. It lasted for about 25 mins and it was a fun riding the jet ski. Make sure to try riding the jet ski on your own. Most of the places don’t allow to ride the jet ski without their staff and I was lucky to experience to ride it on my own.

Later we went to have a relaxing massage to release the stress. There are many spa centres on the island and it is flooded with tourists.

As the trip was almost on the verge of ending, we decided that we need to end the trip with some adventure. We came across a small advertisement hoarding for para gliding. This is it. We headed to experience the paragliding. We reached the place and to our surprise it was not something which we expected .

The paragliding machine was something which I had never seen before in real.

It lasted around 20 mins and gave a nice bird’s eye view of the Cenang beach. The pristine white sand and blue waters was mesmerizing.

After this ride, we had back to the accommodation, packed our bags and headed to the airport.

The island is an beautiful place to visit and surely you need to make sure to visit it if you are a beach person.