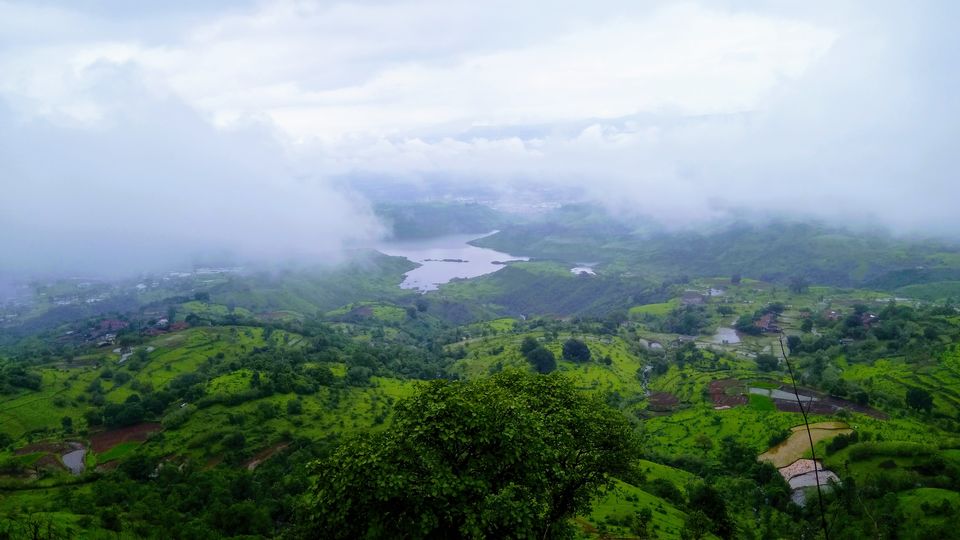 There are 10 trekking routes to Matheran, and the one through Garbett plateau is famous among them. I will explain the other routes in coming videos. This trail starts from Bhivpuri railway station, passes Dhom Lake, Sagachivadi village, Garbett Plateau, and Garbett point, and ends at Matheran entry point.

Bhivpuri road station is between Neral and Karjat on central line. I started my journey on the first train to Khopoli, which is the 3rd train on the central line in the morning, and reached Bhivpuri station by 6.30.

After reaching station, we need to walk 300 meters along the railway track .Then turn right and walk again 300m towards NH. There is a junction over there from where you can take some refreshments. Then we move onto our first destination Dhom lake which is around 900 metres away from NH.

The lake is surrounded by lush green mountains on all sides and view is beautiful in the morning. Now we need to walk to the left along the lakefront for about 1.5 KM.

During the walk, there are multiple viewpoints from where you can enjoy awesome sceneries of the lake. You have to cross two small water streams before reaching the other side of the lake.

Now you need to trek 2.5 KM to reach the Sagachivadi village from the lake. The first one KM is following a trail through a paddy field, and then start climbing the hill. You can see the famous Ashane water falls on your left side. We need to cross another stream on the trail just before climbing towards the Sagachivadi village. This stream originates from the same waterfall. You may need to remove your shoes while crossing this stream, and you can enjoy the beautiful view of these waterfalls along the way.

Sagachiwadi is a small village situated in a small plateau and it consists of less than 20 houses .

Villagers are mostly farmers working in paddy fields on the plateau and the valley. I got company of another trekking group of 6 people, and we trekked together. From the village you need to walk further 500 meters, and then you start climbing the second hill. This is the most difficult part of this trek. You could be very tired since the hill is very steep. By the time we were midway, the mist had started covering the hill and the trail. The distant view of dhom lake and surrounding hills is beautiful.

You need to be very careful at some point where you need to walk over the slipping rock patches. You need to climb 1.5 KM to reach the next plateau called Garbett plateau, which is also known as Table point. Garbett plateau is at an elevation of 510 meters from the sea level. The plateau is filled with green bushes and grass, and its landscape is breathtaking. Now you can get the sight of Matheran hills from here, and Murbe dam at a distance.

You need to walk further one more KM over the plateau, and start climbing to the next destination which is Garbett Point. Garbett point is at an elevation of 650m, and it will take 15 minutes to reach there from the bottom. Climbing this part is also very dangerous as it is very steep.

I reached here by 1 PM, and this area was completely covered in mist. At some point the visibility was absolutely zero. I spent 1 hour on the top and started trekking towards Matheran. A 3KM trekking on plateau will get you to Aman Lodge railway station, which is the last stop for Matheran Toy train. After a walk of 500 Meters on the railway track, I reached the Matheran entry point where taxi stand is located. I got a taxi from here to Neral station, and returned back to Mumbai 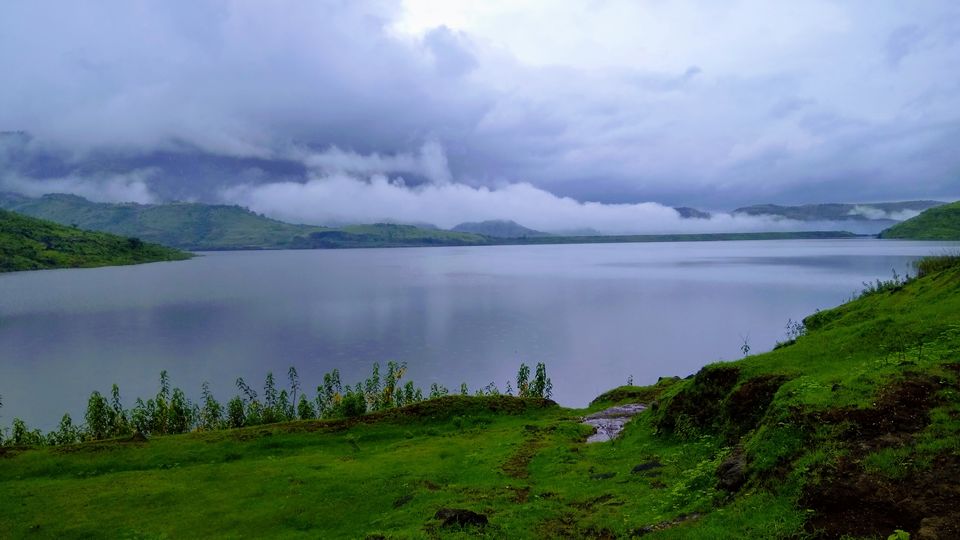 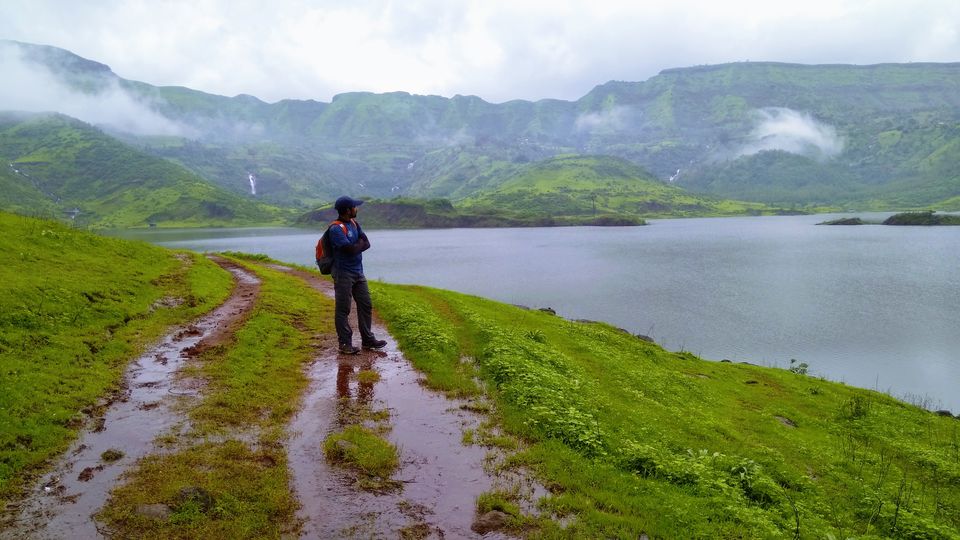 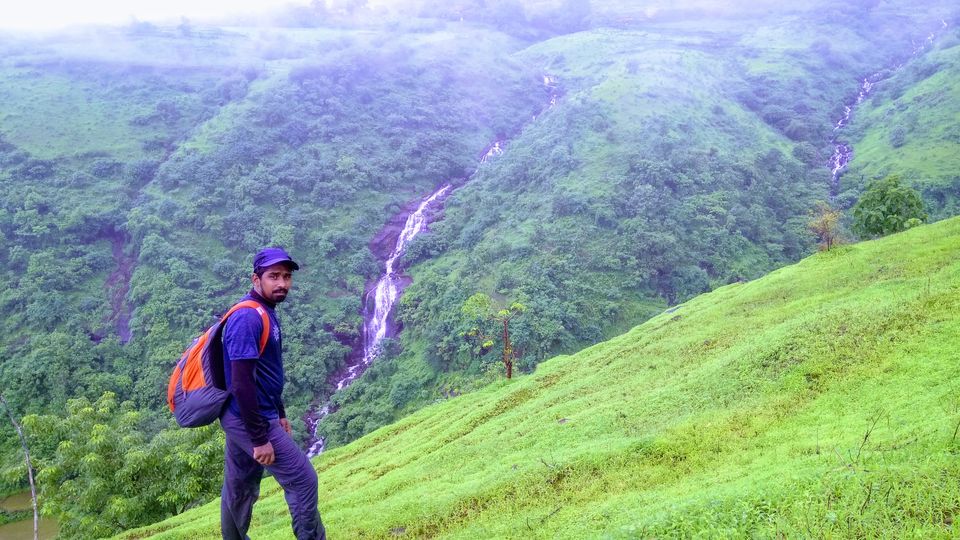 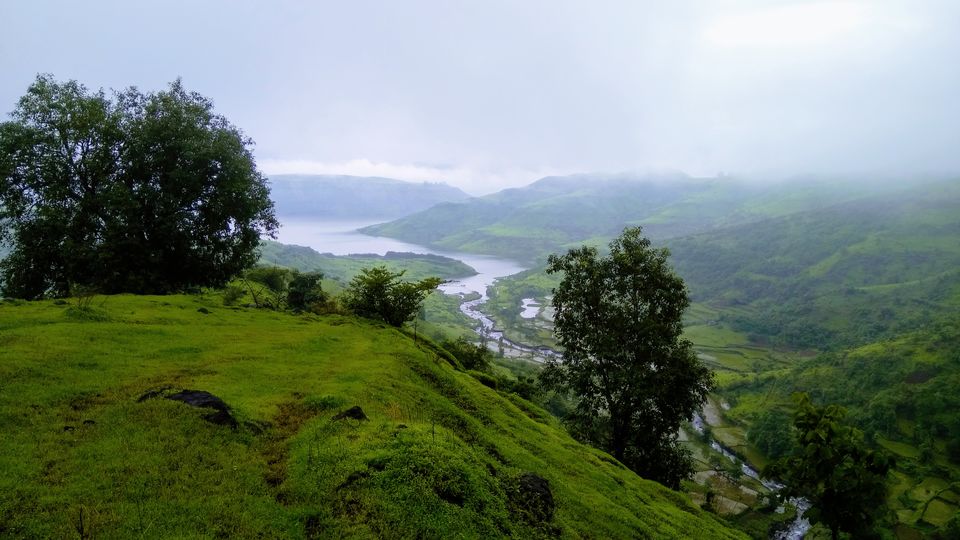 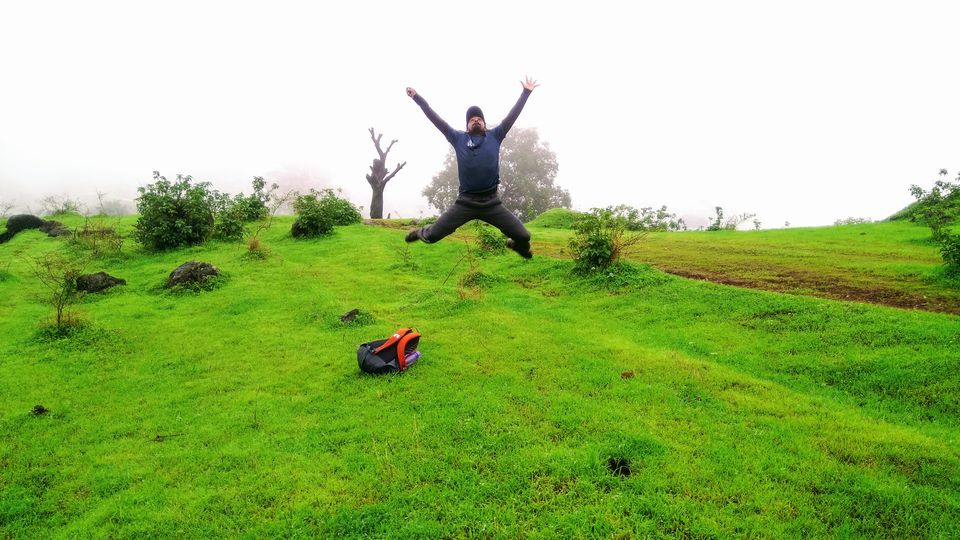 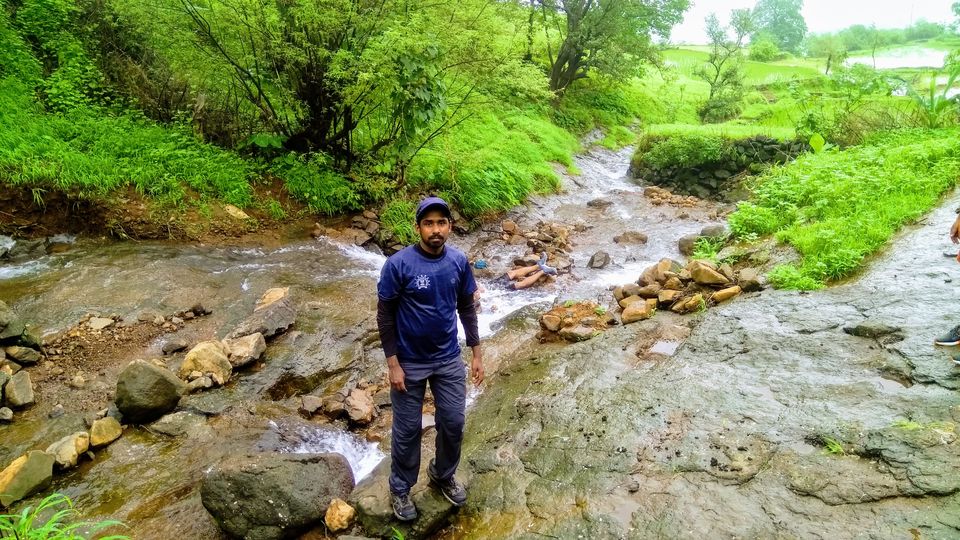 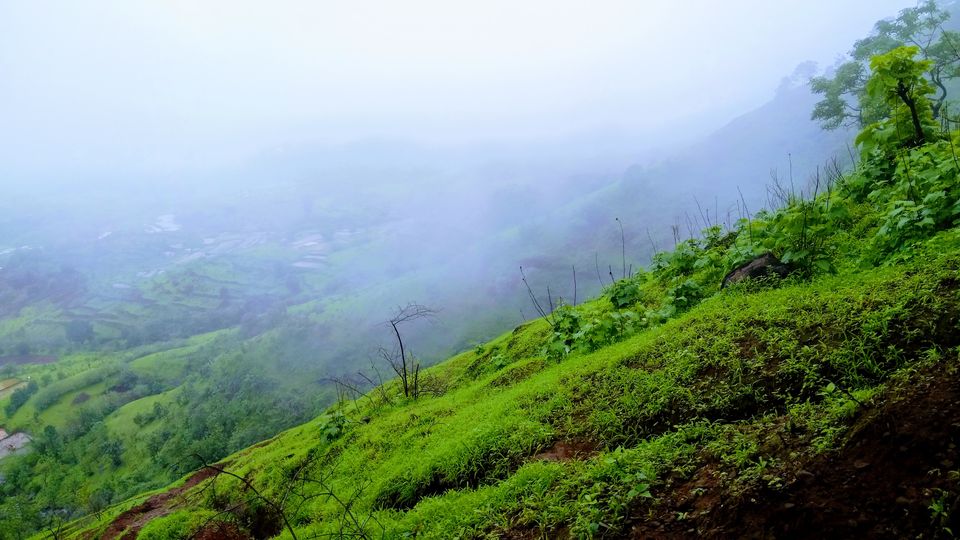 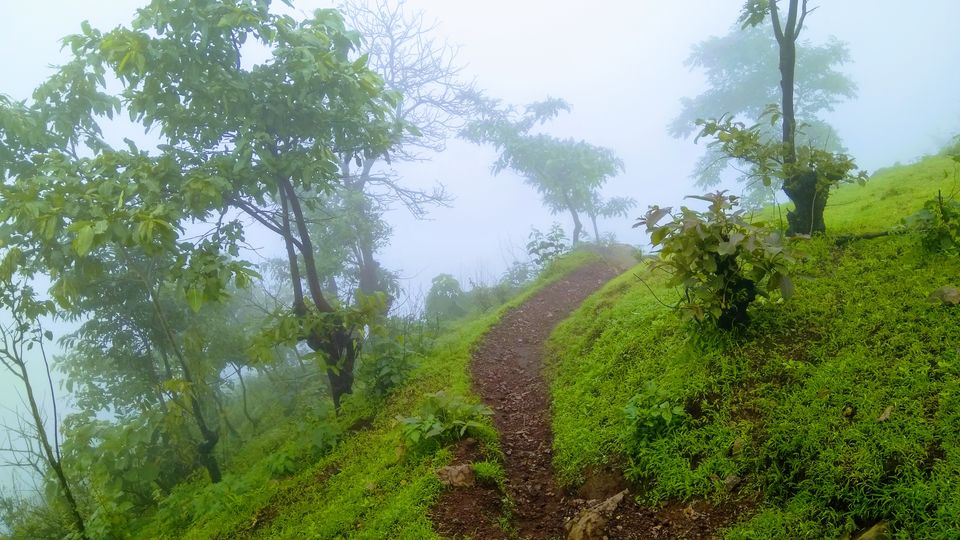 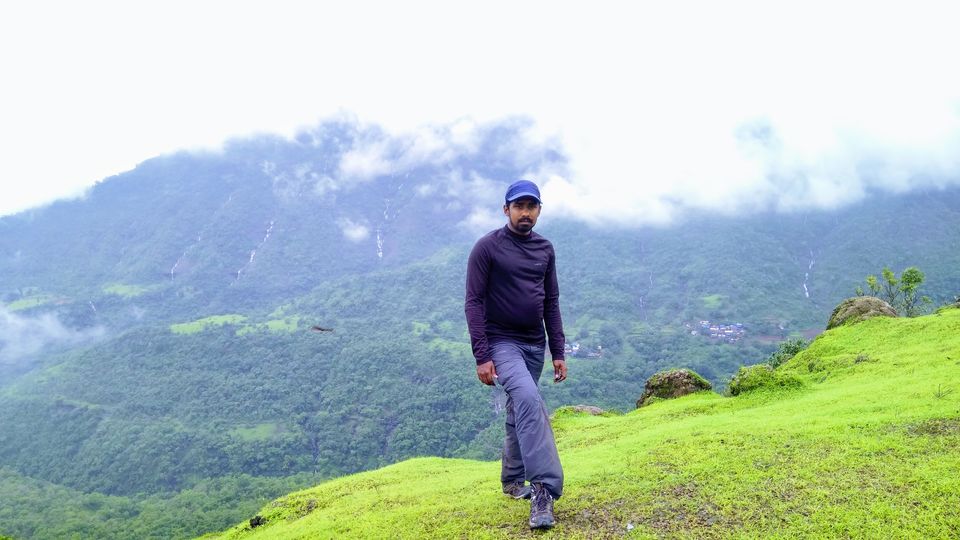 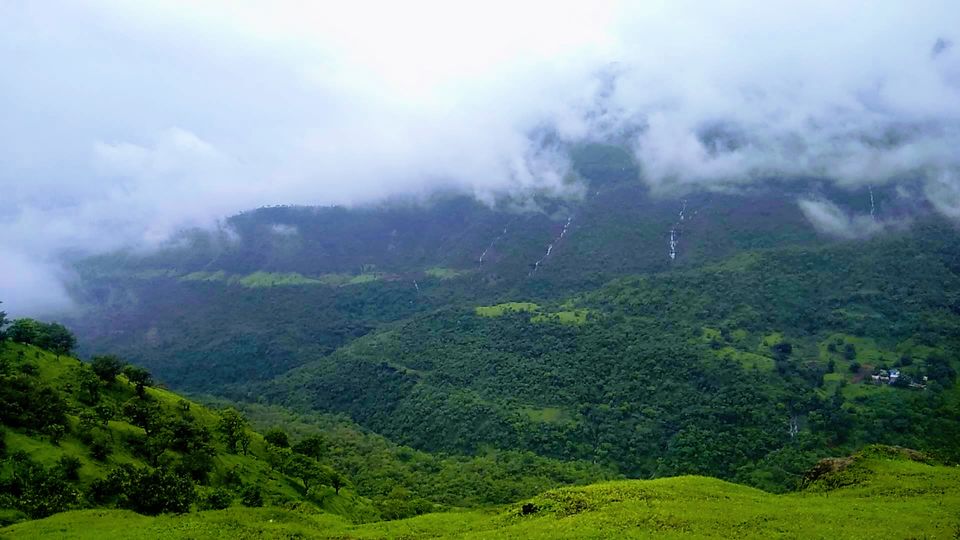 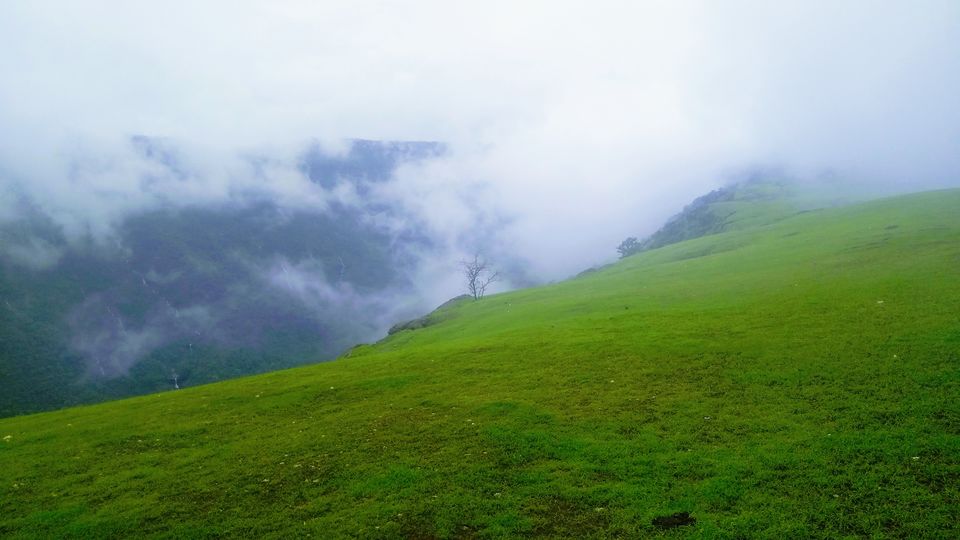 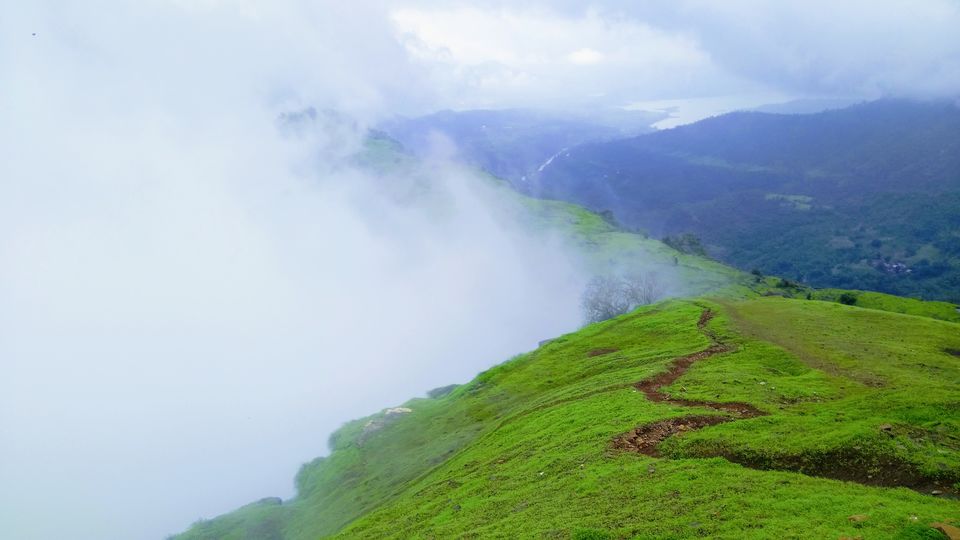 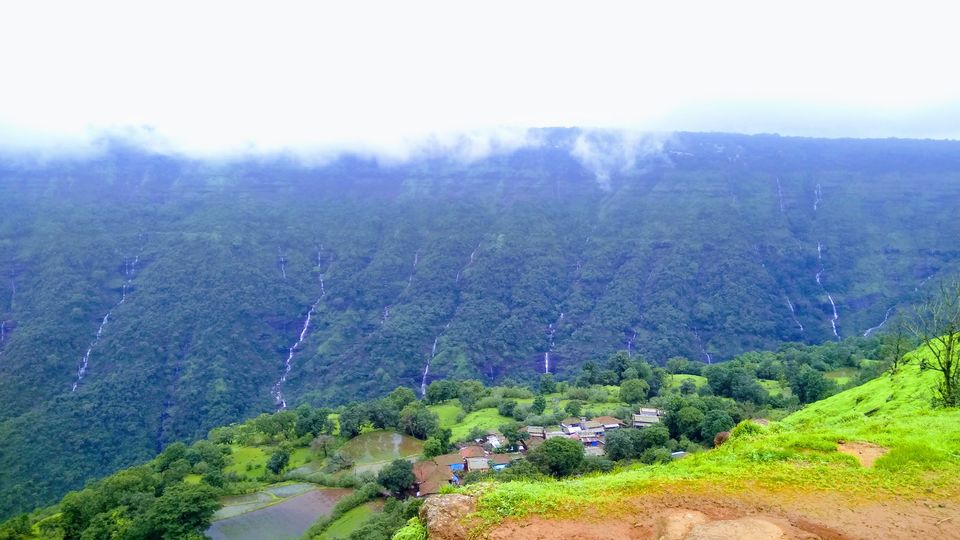 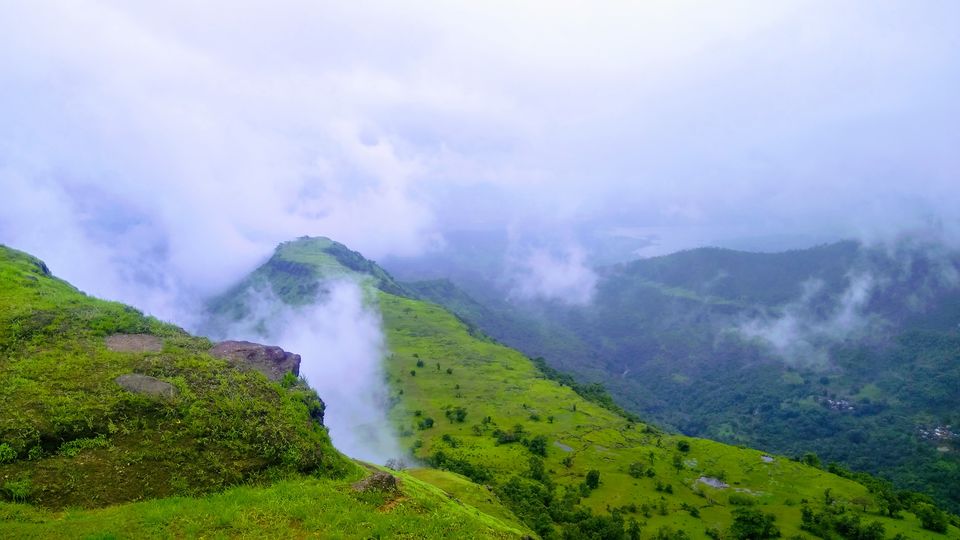