My journey to Red Fort, Agra – Revived and relived 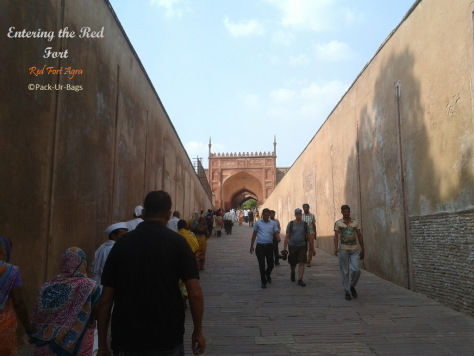 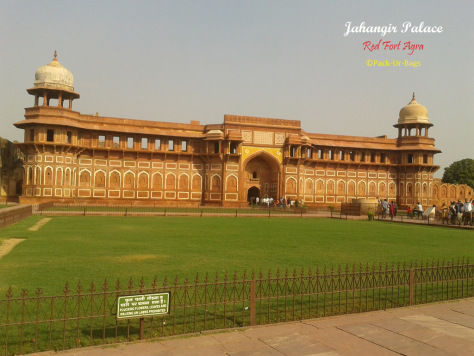 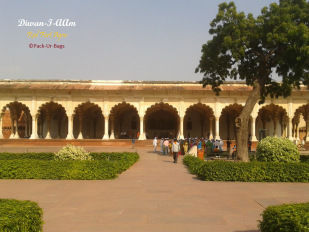 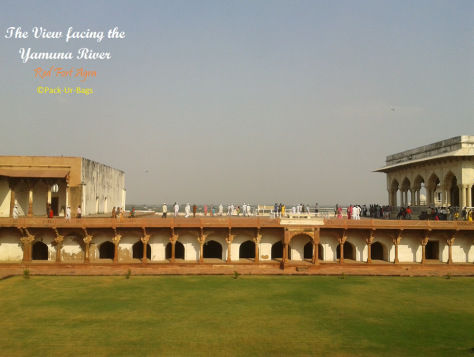 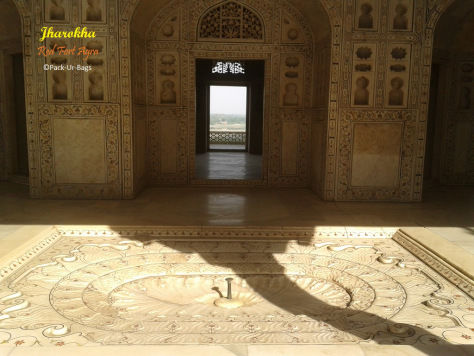 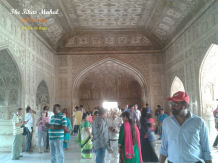 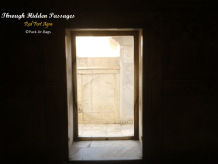 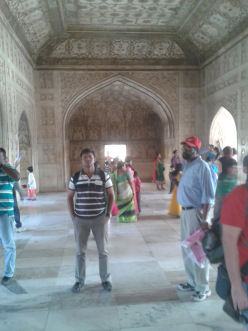 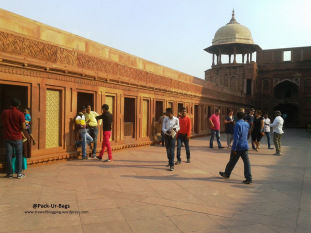 Another most important landmark of the city after the Taj Mahal, the red fort hides many unknown secrets that are little but visible to the laymen eyes. I have been here twice, once in childhood and once last year in October 2014. The walls still stand a tall yet, it is now fighting its age undergoing repairs at some of the places within the structure.

I entered through the Amar Singh Gate, this is where you can get your entry passes to make your way inside. After a measly security check at the gate, I moved inside, and along the way, tried to recollect my memories. My first confusion was, why would someone make his entry into his own house so claustrophobic and difficult- Here’s the answer. This is not for the own; its for the enemy. Small vertical channels run along the walls on the either sides. These channels were used for pouring burning hot oil, for the approaching enemy through the first gate. The narrow passage would create a stampede, making no way to return, and then, suddenly, the gates from behind would close; there would be no way for the enemy to escape- so it was design, not a coincidence.

I encountered the Jahangir Palace on the right, overlooked with a lush green lawn in front. Symmetrical, niche carvings and authentic architecture, made the entrance a masterpiece. I moved further to experience the beauty of the Diwan-i-Aam (the Hall of Public Address) where the Mughal Emperor Akbar used to address the citizens of his kingdom, Much of it is in shambles today, and I was not that happy about this fact. Some of the structures I had seen earlier have been closed down for public, so my nostalgia was sort of incomplete.

The narrow entrance through Diwan-i-Aam lead me upstairs to enter further into a lobby area leading to Diwan-i-Khas (The House for the Exquisite) leading to the lawn and finally to the Peacock Throne of Shah Jahan. The throne has subsequently traveled through several hands into Tehran.

I moved along the gallery to reach the Diwan-i-Khas corridors and ahead of that was the mystifying Jharokha or the corridor for witnessing the sunlight. Everyone knows about the infamous Kohinoor diamond I presume; it first staged itself in its original form on the Peacock Throne of Shah Jahan and during Aurangzeb’s reign, the diamond was distorted to fit into the outer corridors of the Jharokha. I was able to see that in my earlier visit, however, I could not witness it this time, as the corridor was sealed off for public due to repairs. I still remember what the tour guide had mentioned. The diamond was placed strategically to reflect the image of the Taj Mahal behind and from far off, the Emperor Aurangzeb was able to preview any threat perception on the Taj.

I entered into the Khas Mahal thereafter through a narrow and semi-dark corridor, which was a resting room for the Emperor as well as the room used by the ladies of the Royal Family. I passed through a series of passages thereafter, to reach an open area, to witness the interiors of the fort, having an intricate and subtle design, crafted with patience and elegance. It was artistry at its best, with beautifully crafted arched doors and windows, finely chiseled columns and beams and a perfect orientation to the position of sunlight, which spoke volumes about the architectural knowledge of the past. Finally, the exit is through the Jahangir Palace, to reach the Amar Singh Gates.

Though my journey here enlivened my past memories, but I could not see most of the structures as they were under repair. I hope that the fort gets repaired soon, so that the rest of the glory does not go unidentified, or they will remain behind the locked doors of time, waiting to get explored.

This trip was originally published on Pack-'Ur'-Bags.