Rajpura To Manali :The Time I Lost My Friend

RAJPURA TO MANALI :THE TIME I LOST MY FRIEND

6 AM: We were up already as we had crashed last night at 10 after a heavy but tasty dinner. We took a cold shower to get rid of any remains of sluggishness. While we started getting ready for our day ahead my friend's uncle woke up too to say goodbye, probably. He did help us out find all our stuff and even helped us tie it all on our bikes. He told us about a shortcut that would save us a good amount of time and fuel.

It was 7 am and we were all set to leave Rajpura and head towards Manali after a full fledged Punjabi breakfast leaving no void in my tummy. We realized that we were not carrying enough cash for the journey ahead and we were not sure if we would find enough ATM machines on the way so, we decided to find an ATM and fill our pockets up. As i entered the Punjab and Sind bank's ATM with all my gear on, the guard came running in with a rod in his hand prepared to hit me with it as he thought i was there to rob the ATM. It took me 5 whole minutes to take my helmet off and my gear inside and show my face to him. Only, then he let us use the ATM. Not the kind of start we were expecting but, it was adventurous.

As we moved further away from the civilization and approached more remote areas the number of people and shops reduced to the minimal. Good thing that we had home cooked meals, full tanks and smooth roads. We were making frequent stops and keeping our bodies hydrated enough to tackle the direct sun. Using the 10 ltr cans we had bought for fuel to carry water was a brilliant idea as it saved us time and space that we would have spent if we had carried multiple bottles. After making good progress till Roorkee the conditions changed a little. There were roadblocks, and the path got narrower.

As we touched down on our first mountain road the adrenaline rush took over and all the tiredness went wooooshhhh. Though the roads stopped being straight and it felt like we were following a snake, it got more and more interesting. The feeling of being free runs in your veins when you take turns in the mountains and see a huge valley filled with cotton like clouds in front of you. It gave me the kind of goosebumps i had never got. We were crossing town after town and village after village and i could notice the difference in living conditions and clothing and even language.

It is so easy to get carried away by the beautiful mountains and get lost in it so, we had to be extra careful while riding through them. Extra care had to be taken while riding through small cities as it was very easy to take a wrong turn and literally get lost and that's exactly what happened while crossing a town before Kullu. My friend was riding ahead of me and I thought I had over taken him in the traffic but, couldn't see him. I kept going, thinking he is right behind me and decided to stop once we get out of the city traffic. I stopped and started waiting for him but, he was nowhere to be found. I took my cellphone out to call him but it was of no use as there was no cellular service available. The tension started building and I became a little nervous. After waiting there for 20 minutes I told myself that he probably overtook me and I didn't realize and is waiting for me up ahead so, I started moving. I had almost covered 3 kms without any sign of him. Then after covering a good 5 kms stretch a found this guy chilling on the side of the road soaking in the beauty of a magnificent valley. I was there shitting my pants and this guy had not even a single fold on his forehead. First I slapped him a couple of times then sat down with him to enjoy the view.

Moved ahead and reached Kullu two hours post the estimated time which made me realize that our calculations around the distance we cover everyday in the mountains were way off. It was taking 3 times more time to cover the same distance in the mountains that it did on the straight highway. But, it didn't bother us much as riding on those roads kinda felt like floating and it was amazing. 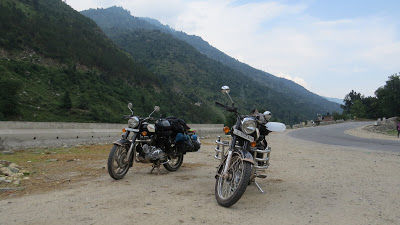 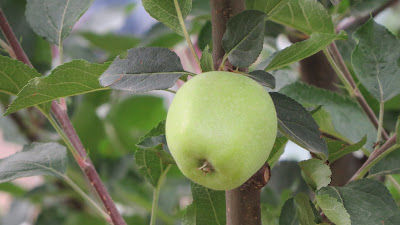 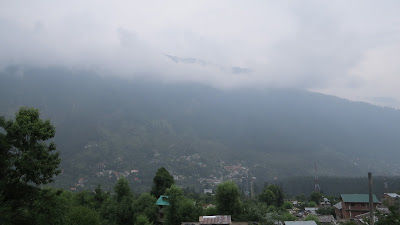 It was almost 6 pm when we finally reached Manali(331 kms). I had lost a rear view mirror by the time we reached there. The continuous and rigorous vibrations made it loose and it just fell and broke. So, I buried it right there in the mountains. The weather had cooled down a bit and it was very pleasant. We were riding alongside the river Beas which obviously did lift the mood and energy. After riding all day (almost 12 hours), the cold breeze acted as a remedy and I could feel the pain and fatigue evaporating from my body. Reaching the hotel was a big relief and we did not waste any time before heading out to explore local places and enjoy the local delicacies.

It was a good day overall and ended pretty well too !!!