Goa Travel GuideGoa TripsAway From The Beaches, Salaulim Dam In Goa Will Make Your Holiday A Little Less Of A Cliché

Away From The Beaches, Salaulim Dam in Goa Will Make Your Holiday A Little Less Of A Cliché

Blame it on the lazy beaches or the laidback tourists in Goa, but for years the hinterlands of Goa have been completely unexplored.

Whether we like it or not, beach hopping and incessant partying is the gist of most Goa experiences. But in a quieter corner of South Goa, Salaulim Dam in Goa is a marvel that has still not caught the attention of travellers in this erstwhile Portuguese territory.

The dam lies on the Salaulim River, a tributary of Zuari River, about five kilometres from Sanguem Town. The entire South Goa gets its drinking water from here.

For travellers on the hunt for lesser known spectacles, Salaulim Dam in Goa is a sight to behold. The dam spread over an area of more than 24 sq km, is a pleasant surprise for visitors who come here for a break from the beaches.

The unending, vast expanse of water runs down through a semi-circular outlet and splashes 50ft down at the first level and again falls down to a 100ft deep chasm. It finally strikes the riverbed creating a breathtaking mist cover over the dam.

If you still need more reasons to give the beaches a break when in Goa, here are some that will encourage you to travel to the Salaulim Dam in Goa.

• To gaze through your lens at this marvel of design

One of the most intriguing and unique aspects of this dam is its design. The spillway at the edge of the dam is a unique duckbill type. The mist cover over the dam during the overflow is a breathtaking sight for shutterbugs looking for unique shots on the quieter side of Goa.

• For a day trip to the Botanical Garden

For nature lovers in Goa, the reservoir area around the Salaulim Dam in Goa and the surrounding Botanical Gardens offer the perfect shades of green to sit back and relax during the day. The garden is designed based on the pattern of the Brindavan Gardens in Mysore. 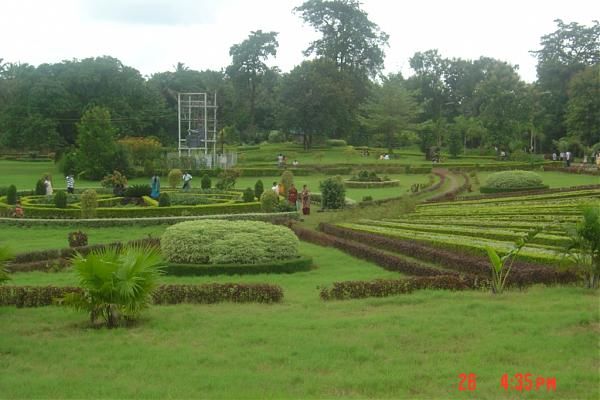 • For some delightful birdwatching

The backwaters of the Salaulim Dam are an excellent site for birdwatchers. The occasional flight of the Cormorants and Pied Kingfishers towards the Blue Island Mountain at a distance make for an excellent frame capturing the unique side of Goa.

Netravali Wildlife Sanctuary at the southern end of Goa is a splendid site, with Saveri Waterfall being the highlight at the spot. Racket tail Drongo, Greater Flameback Woodpecker, Green Bee Eaters, egrets, pond herons and several other bird species can be spotted in the region. 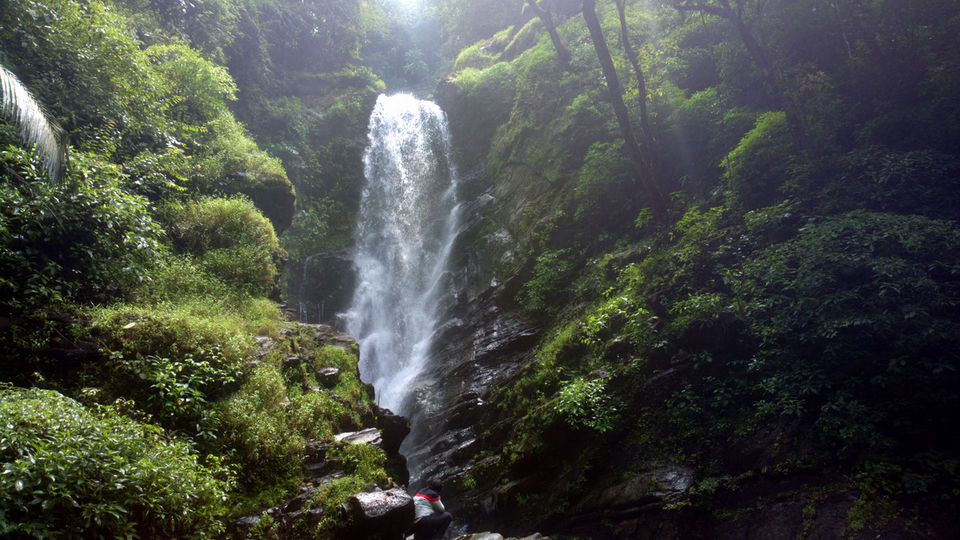 Getting there: The Salaulim Dam in Goa is located at Sirga, 5km from the Sanguem town. The site is 35km from Margao and 68km from Panjim. Public transport, rented two wheelers and shared taxis are available to reach the spot.

More information: The dam is open for visitors from 9am to 6pm. Though there is a canteen in the vicinity, it is recommended to carry your own food and snacks.

Away from the beaches, have you visited the Salaulim Dam in Goa? Write about hidden gems that you have found at popular destinations and share your insights with travellers on Tripoto.