Why is Dhankar the best village in Spiti, Himachal Pradesh ? 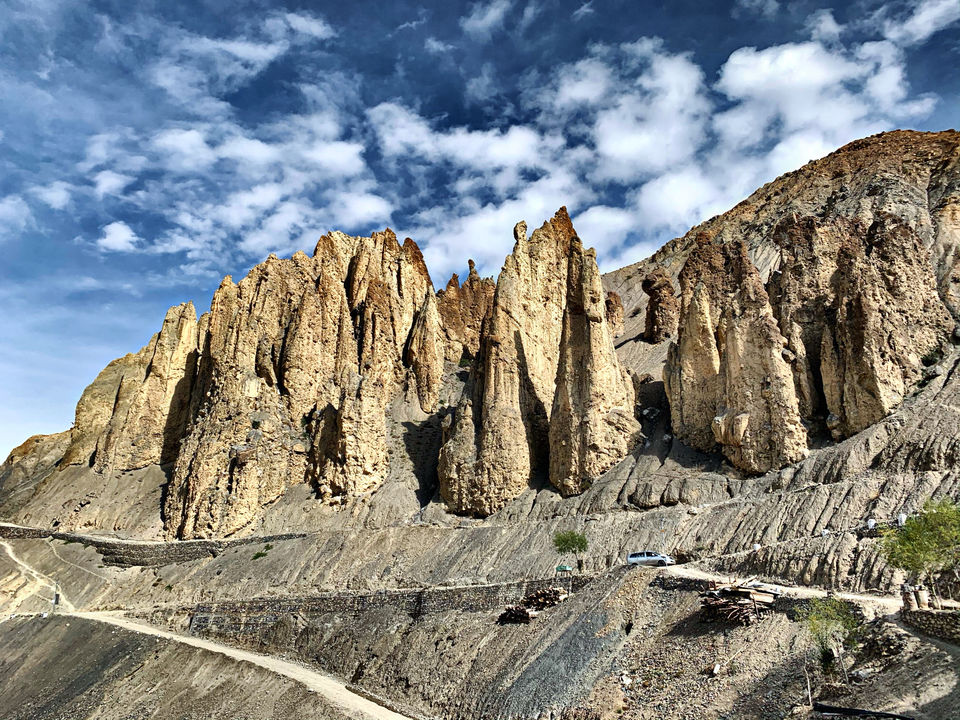 Dankhar (3870 m.) the old capital of Spiti is a large village built on a spur or bluff which stands out into the main valley and ends in a precipice. It rises 300 m above the river. It stands above Sichling on the left bank of the Spiti river which is wide here. There may perhaps once have been a fort here, but no trace of it was seen except for what seemed to be a large house on the top of the hill. Dankhar was capital of Spiti for many years till needs of the modern day saw the capital shifted to Kaja Kaza. Situated on the ridge it would have been very easy to defend this place. I was told stories about how the lamas sat in the monastery or the upper houses throwing stones at invaders. Life was very simple before the days of bullets! The whole place is very picturesque. As I approached it, I could see its corridors cut in the rock face leading to various chambers which are either used as store rooms for the villagers or as rest-houses for the travellers. There are seven tiers of houses built along the slope. . . . Now it is connected by a rough, motorable road and is 27 km from Kaja. Towards the west of it is the Pin Valley.