Things To Do In Al Ain: The Garden City In The Middle Of A Desert, Two Hours From Dubai

Jebel Hafeet, the highest peak in the Emirate of Abu Dhabi, and the second highest in UAE, is a 1,249-metres high mountain looking over the city of Al Ain. The mountain provides stunning views of the city from the top. You can either drive, take a cab, or if you have the stamina, cycle all the way up to the peak of the mountain for stunning views of the sprawling city. Over 500 ancient burial tombs have been found in the foothills of Jebel Hafeet. Also, the 12km long road, leading to the top of the mountain, is easily termed as the greatest driving road on the planet. There are 21 turns on the road and it's the road to drive on if you own a supercar or have rented one for a day! 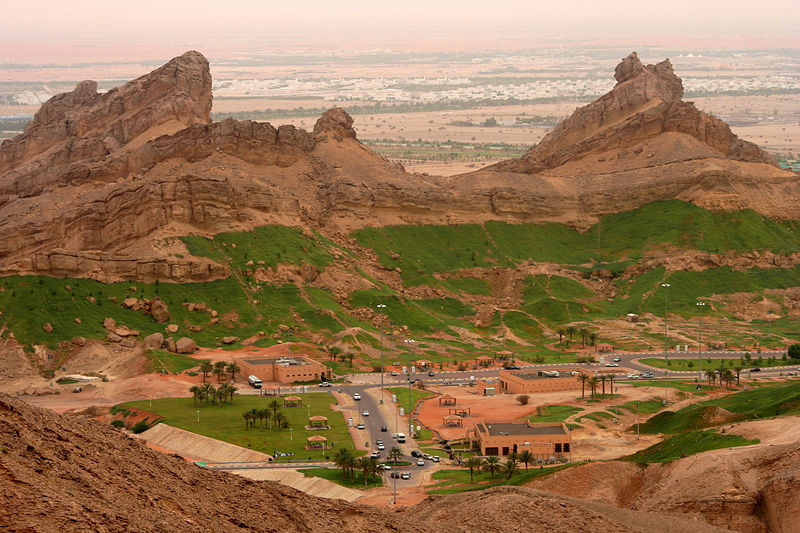 Al Ain Zoo is the largest in UAE and a very popular destination amongst families. Home to over 4,000 animals, it has a giraffe feeding centre, a petting zoo and camel riding facilities. The zoo can be visited on foot and it takes around 2 hours for the full tour. There are also other options to tour the facility – trucks and SUVs. Besides the animals, the zoo also offers a night safari and a learning centre called Sheikh Zayed Desert Learning Centre. It's an area full of interactive exhibits showing the past, present and the future of the Desert Emirates. The night safari starts at 7pm and is an exciting way to spot animals peeking out of the trees and bushes. The safari ends with a session of feeding the giraffes some dinner! There are other experiences on offer – you can know more about the timings and prices of these here. 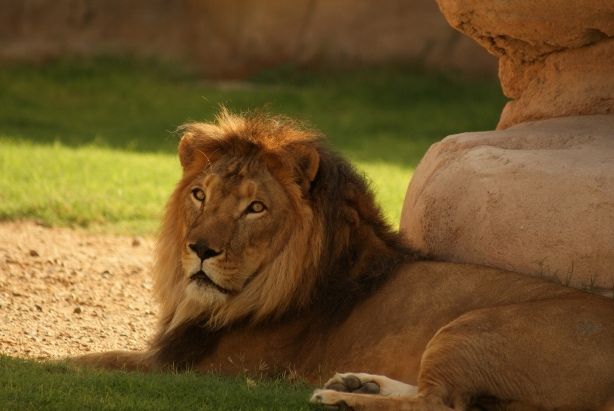 Wadi Adventure is the Middle East's first man made surfing, rafting and kayaking facility. It has the world's largest artificial surfing wave, three levels of white water rafting rapids and a long kayaking channel. It hosted the world's first ever rafting championship in 2016 where 27 countries participated. Other than water-based activities, Wadi Adventure also has an 'airpark'. The airpark has a 200m long zip line, suspended balance beams and a 13m high climbing wall. It also has a giant swing, which can hold up to three people at one time and gives a great adrenaline rush. Wadi Adventure is the perfect place to spend all day having fun and enjoying yourself. 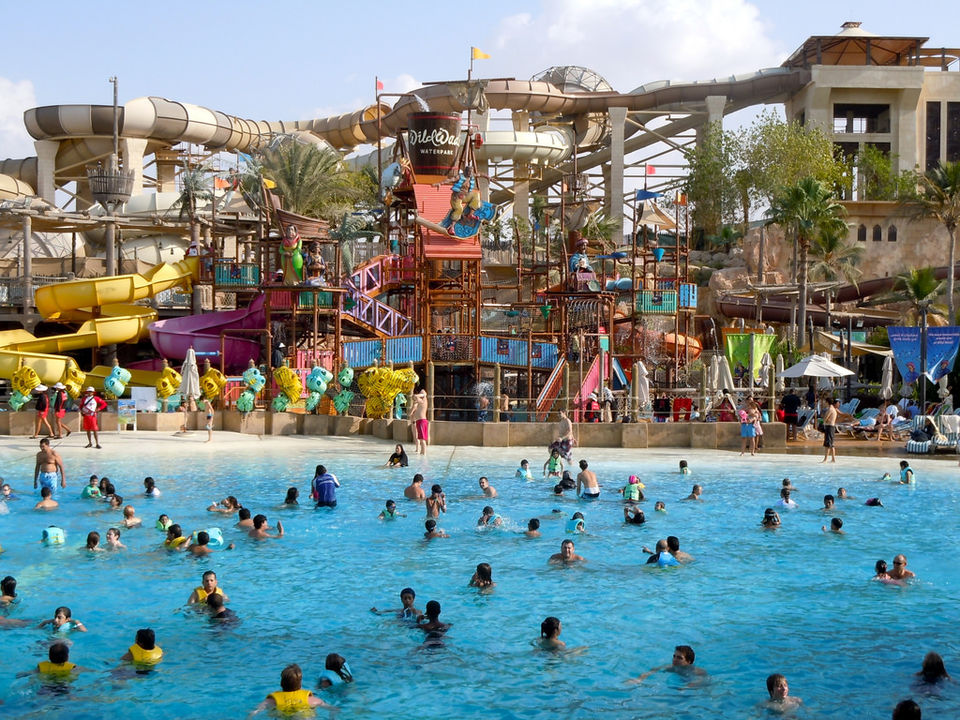 The Al Ain National Museum brings the history, culture and heritage of UAE alive. It houses artefacts from the Stone Age and many local archeological finds. This museum may not be large, but it offers a very comprehensive reflection of the history of the country and the city. The museum consists of two main sections – the ethnographic section and the anthropological section. The ethnographic section illustrates the life of people who have lived here for the last 3,000 years, before oil was discovered. The anthropological section houses antiquities such as weapons, jewellery, pottery and coins from the country's ancient ages in a chronological order. The museum stays closed on Mondays. 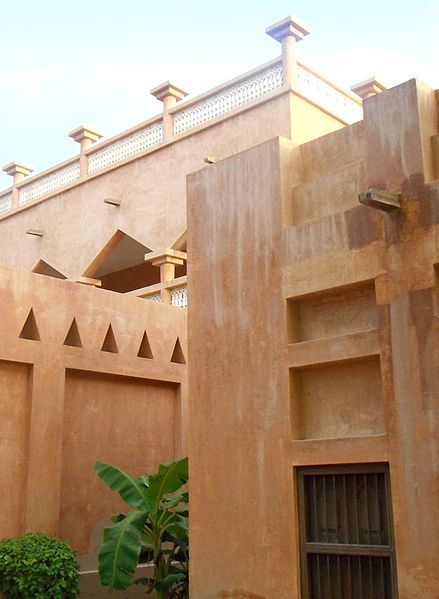 Al-Jahili Fort was built as a defensive feature to protect the city from the invaders. It is one of the largest forts in Al-Ain and a class example of military architecture. Today, however, this fort has been restored and has become one of Al Ain's major points of interest. The north wing of the fort houses a permanent exhibition by British traveller and photographer Wilfred Thesiger, documenting his time spent in the desert in the 1940's. The west wing is used as a temporary exhibition centre and the east wing houses an information centre and a bookshop with books on the history and life of different emirates of the UAE. 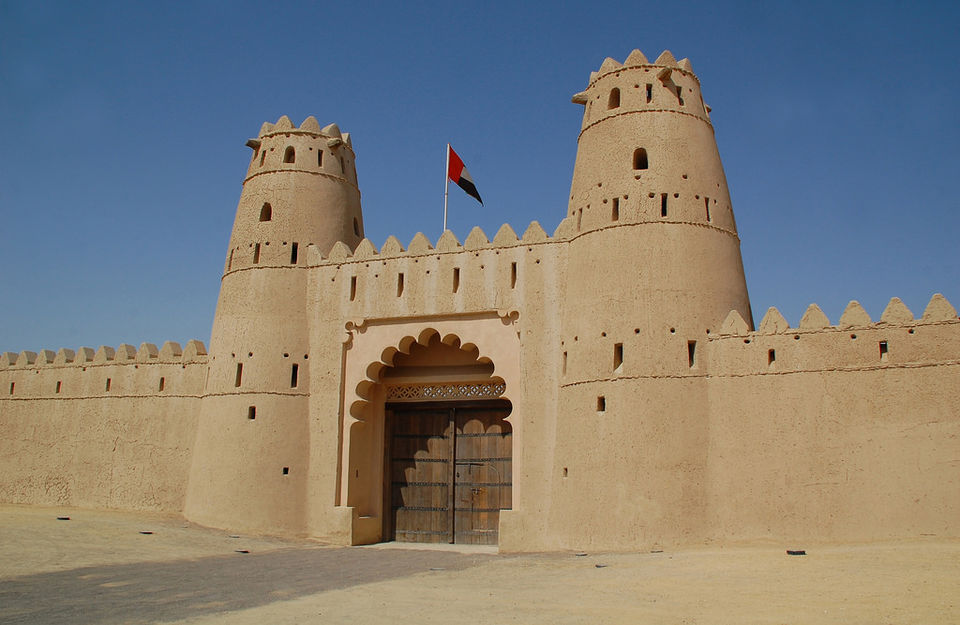 Al Ain Oasis features a full programme of curated activities and exhibitions following its opening to the public as part of the UAE’s first UNESCO World Heritage Site. The expansive palm plantations and the 3,000-year-old irrigation system make this an intriguing visit. It is a partially functioning date farm and home to almost 100 varieties of date trees. An ancient irrigation system, named falaj, is still used to irrigate the farm and other plants inside the oasis. There is a dedicated Al Ain Oasis Map that can be downloaded on your own and used to navigate through the public access areas. 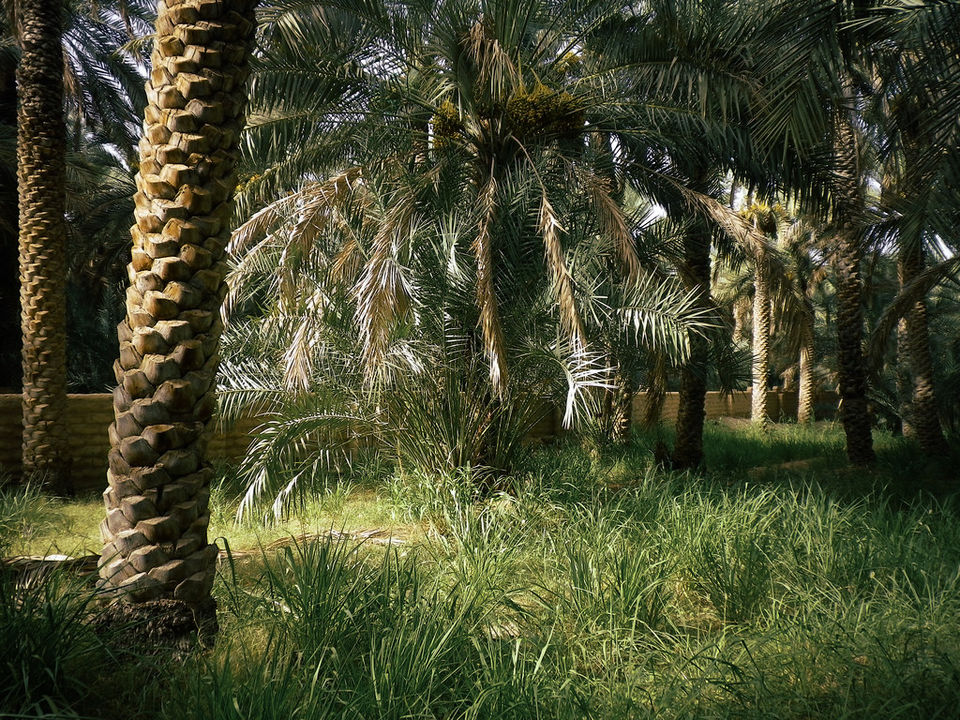 Visiting the camel souk is a must do while at Al Ain. This is the best way to experience the local traditional culture. The last remaining camel market in UAE, where the animals are kept in pens and displayed like any other market for you to watch or buy! The show camels are black, the racing camels, tan, thin-hipped and long-legged, the milk camels are round of belly, and the breeding camels are huge with lots of teeth. There are also calves for sale. It's a stinky yet fascinating experience that hasn't been destroyed by throngs of tourists yet. Some traders may offer you a tour around the market, but you are totally free to explore on your own. 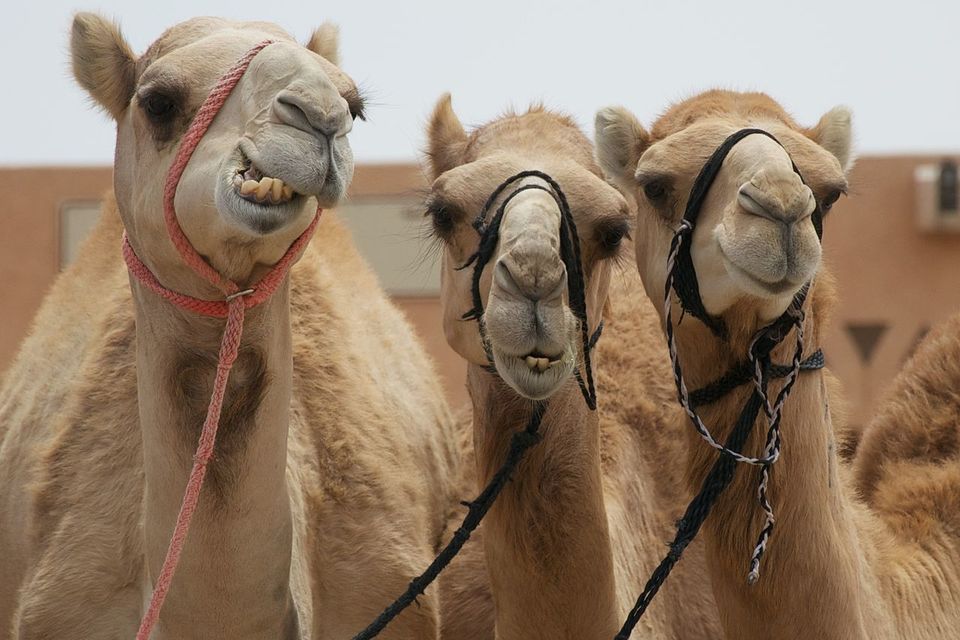 Camel racing is one of the oldest Emirati tradition and an experience that you will remember for the rest of your life. Al Ain has a large 10km track that hosts regular camel races. Some of the best breeds can be seen galloping around the tracks. The entrance to the race is free, and you can bet as much as you want on your favourite camels! But an even more fascinating sight is the 4X4 cars racing alongside the tracks. What are these you ask? These are the cars of the camel owners. They follow the camels along the side of the track, yelling at full volumes to encourage the jockeys and the animals to run faster. The winner stands to win outrageous prices, from huge sums of money to luxury cars! 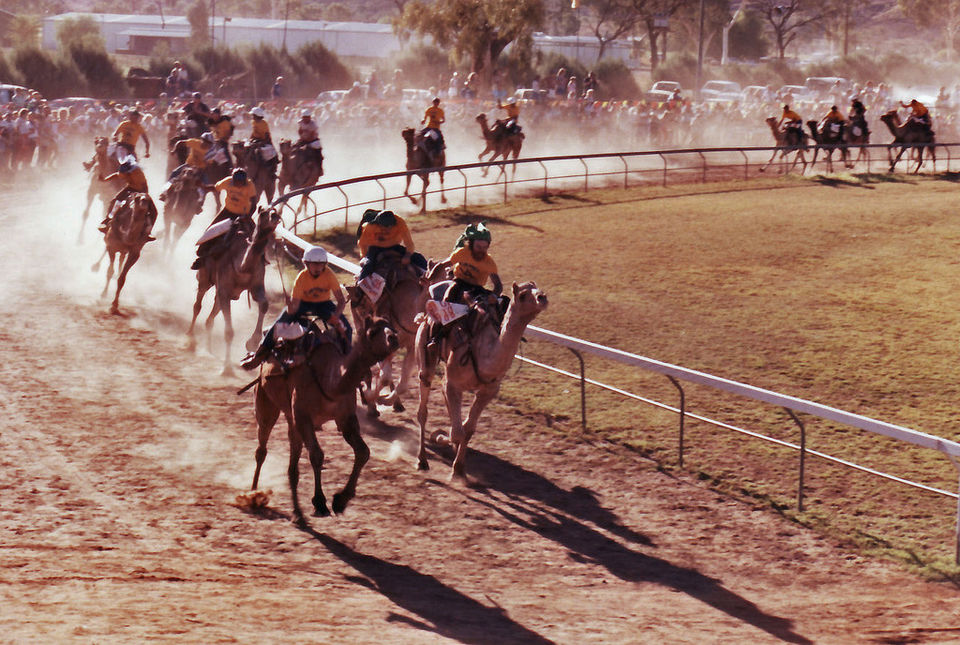 Hili Fun City is one of the largest theme parks in UAE. It has more than 30 attractions ranging from thrilling rides and adventures to gentle rides for children of all ages, including a roller coaster and an elevated sky-flyer. And located right next to it is the Al Ain Ice Rink, an Olympic- sized ice skating rink where you can chill out while the sun beats hot outside. Wednesdays are reserved for ladies only and the park is closed on Sundays. 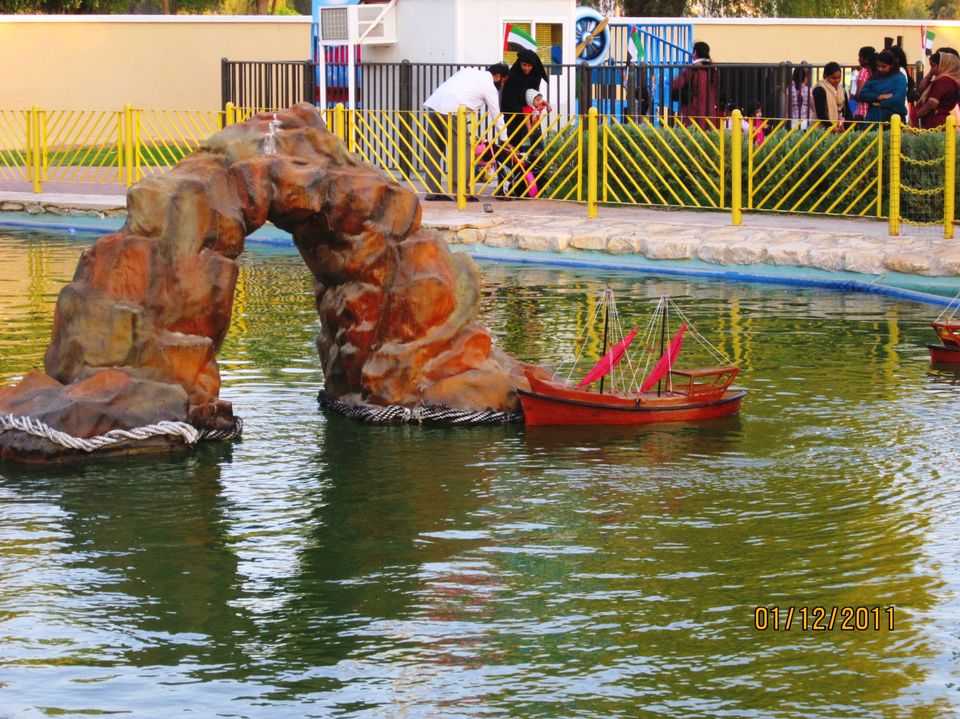 Al Ain Palace Museum is the former residence of Sheikh Zayed Bin Sultan, the first ruler of the Emirate of Abu Dhabi. The palace has been restored to its former glory and has beautiful interiors. The information inside is mostly in Arabic but the decor is worth admiring. The palace is divided into private, guest and official quarters by courtyards and landscaped with cacti, magnolia trees and palms. You can see the Sheikh's meeting room, take a tour of the huge kitchen and also see the master bedroom of the Sheikh and his wife. 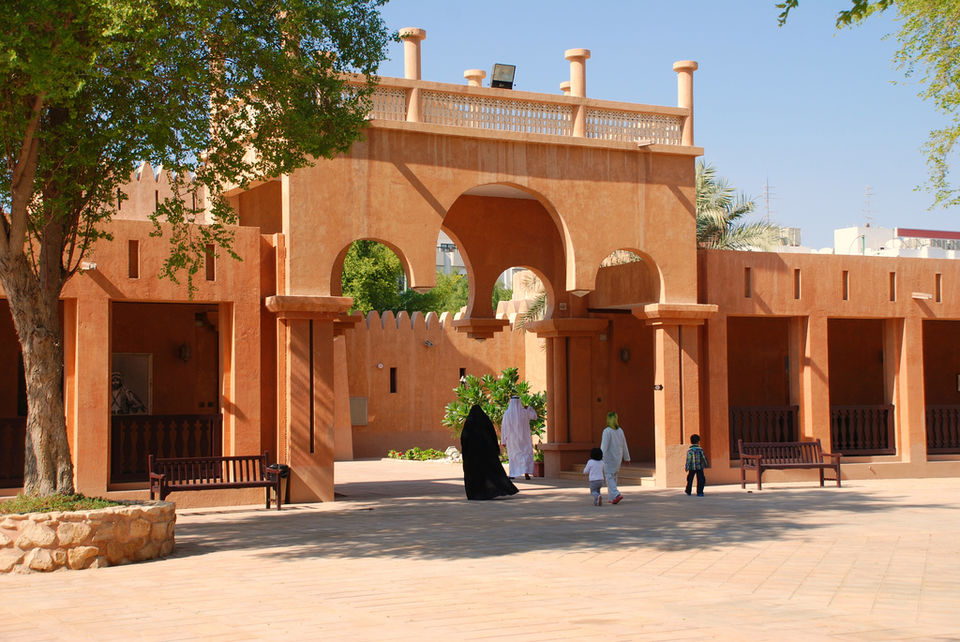 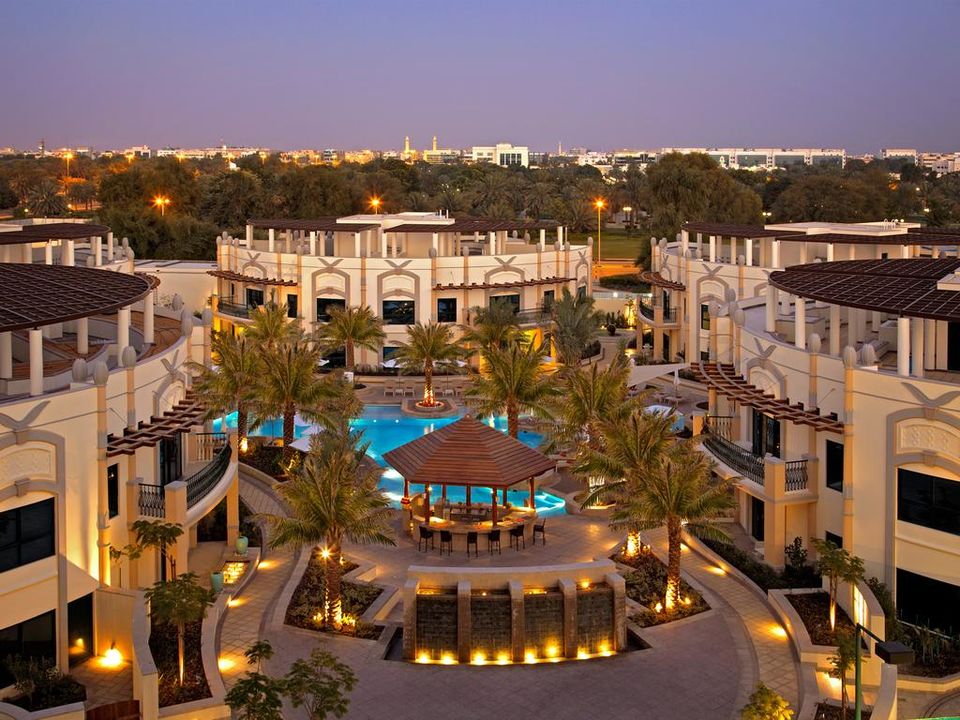 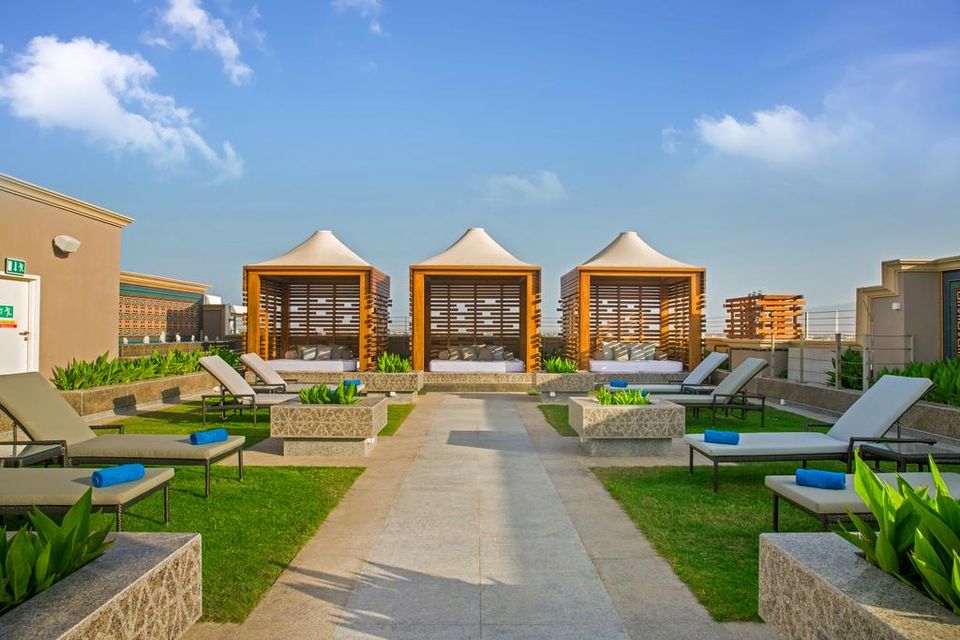 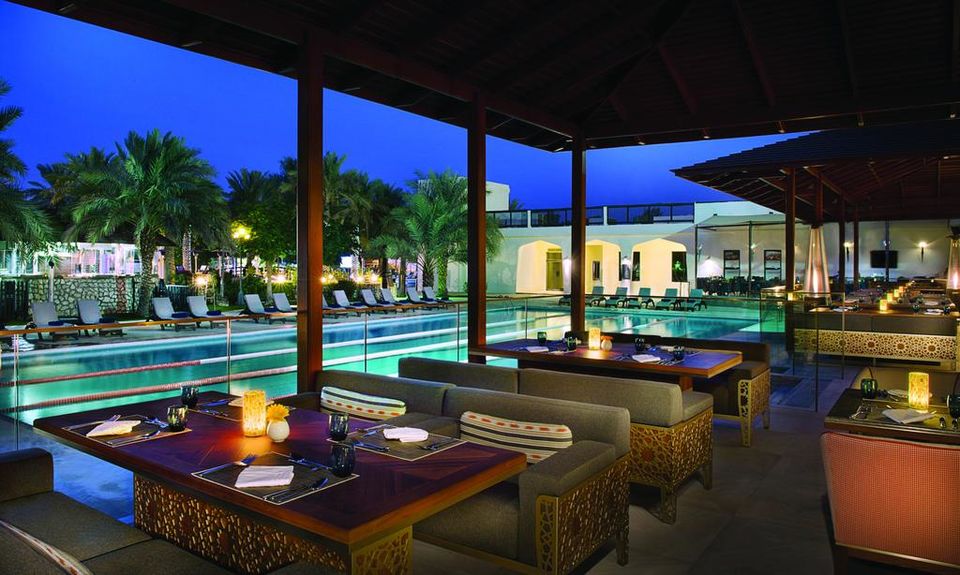 By Bus: The best way to reach Al Ain is via a bus or a minibus. Etihad Airways also offers a complimentary coach service to Al Ain from Abu Dhabi airport. Buses depart hourly from the Abu Dhabi bus station and it takes about 2 hours to reach. Buses also run every 45 minutes from Al-Ghubaiba bus station in Dubai, from where it takes around 1 hour 45 minutes.

By Flight: You can take a flight from Delhi to Al Ain. Carriers like Etihad Airways and Jet Airways operate between Delhi to Al Ain, with a stopover at Abu Dhabi.

Have you been to Al Ain? Write about your adventure here! Or if you wish to ask a question, ask here and get real answers by real travellers!

Al Ain, an oasis in the middle of the desert, is the largest in-land city in UAE. Though smaller than Dubai and Abu Dhabi, Al Ain still has so much to offer that you can't not visit this place. Located only two hours east of Dubai, this destination makes for a great weekend getaway!

Al Ain is full of parks, tree-lined avenues, green roundabouts and mini oasis, giving it the nickname 'Garden City'. It is the birthplace of Sheikh Zayed, the founder of UAE, and an ancient settlement that was one of the pitstops between Oman and other Gulf countries. It is one of world's oldest permanent settlements and now a UNESCO World Heritage Site.

The city has picturesque forts, beautiful gardens, traditional souks and adventure hotspots. It truly is a coming together of the ancient and modern worlds and shows how a city can retain its cultural roots while still evolving into a modern and developed entity.