Dubai Travel GuideDubai TripsA Week In The Desert: The Best Of The Uae

A Week in the Desert: The Best of the UAE

The UAE has long been an iconic symbol of Arabian heritage and is sure to exceed every expectation of a traveler. It offers everything from heritage and culture to modernity and innovation. To explore the enriching destinations was indeed a novel experience for me as it deepened my connection with the eastern world and helped me in gaining new perspectives. My trip started with a view of the capital, Abu Dhabi, a splendid city with the enchanting Corniche and beaches, apart from the malls and souks. The magnificent Saadiyat island, Khalifa Park, the Capital Gate, the miniature gardens and the ostentatious mosque overwhelmed me. The trip took me to the green Al Ain and then finally to the enchanting Dubai.

For years, Abu Dhabi has been known as a place of mythical beauty, eclectic significance and cultural splendor. I was simply awestruck when I looked up at the world's tallest gate- the 25km wooden edifice- bearing the Sheikh Khalifa's name in 250 languages- testifying the extraordinary breadth of Emirati achievements, 'Talal Omar'. 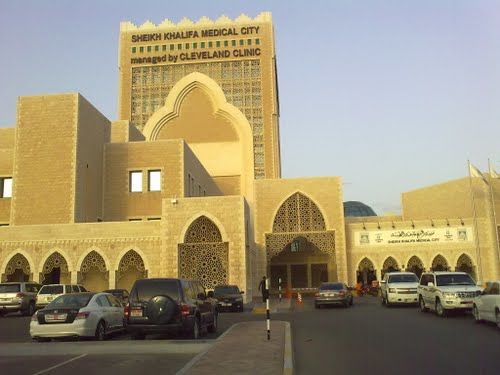 This city also boasts of the world's furthest leaning tower- The Capital Gate, which creates an incredible impression. To me, these impressive architectural structures revealed a plethora of phenomenal modernity amidst the mammoth sandiness. The gray sky with the ominous, raw winds blowing, however reminded me of the rugged desert ambience as I headed towards an eatery for my late lunch, the Arab Udipi at Salam Street which draws crowd for its subtle Arab-Indian fusion. It definitely turned out to be an inspiring and exciting experience as my eyes captured the splendor of the Sheikh Zayed Mosque with its pristine aura in the sun drenched afternoon. My taxi driver, a Tamil fellow, Anand explained the history of this white marbled dome which can accommodate 40,000 worshippers. I gazed at the huge 17,000m square courtyard and the marble domes studded with gold and semi-precious stones and wondered at its marvel. After this surrealistic experience my driver took the route towards Al-Ain's mountain roads in its stride. 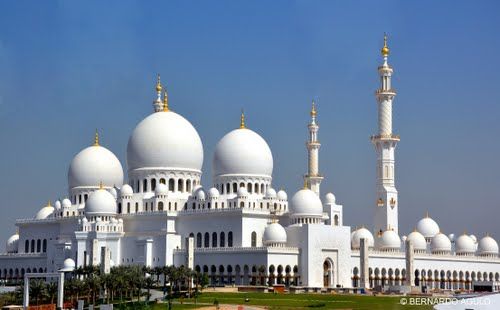 Al Ain has always been an upmarket tourist resort in UAE and is a gifted land of abundance. On both sides I could see the desert vastness spread all around creating variegated geometrical patterns on the sands. The breathtaking beauty of almost nothingness is unique, ethereal and tranquil. As we entered the so called 'Garden City', part of the emirate of Abu Dhabi, UAE's most fertile areas, a literal oasis. I could feel a rush of adrenaline as we ascended Jebel Hafeet mountain from where we could see the verdant landscape as the driver took the steep turns. 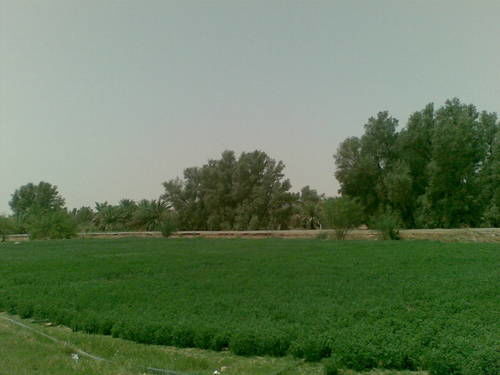 Al Ain is quaint, quirky and sublime with lots to offer, especially the panoramic flower garden with colorful blossoms, Wadi Adventure Water Park, the Jahili Fort and the impressive oasis filled with palm plantations. As we passed the date groves in the dappled light fortified by a dense cluster of trees we kept wondering how the desert can highlight such inordinate green setting. Not to forget the natural zoo in Al Ain which boasts of a variety of avian and animal life. It was with a pang of regret I went inside the car as it was time to leave.

It's roughly a 90 minute ride from Al Ain to Dubai. During the journey I did have some moments of disquiet as I recollected the exquisite moments I spent there. Like standing at the top of Abu Dhabi's tallest peak, Jebel Hafeet, 220m above sea level, was like standing on another planet as the rocks took on a russet hue with the approaching dusk and the wavy desert sands below extending into an obscuring haze. 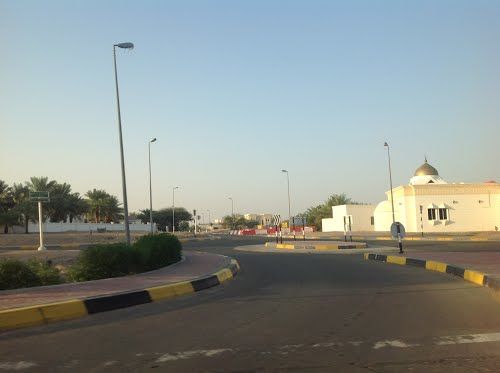 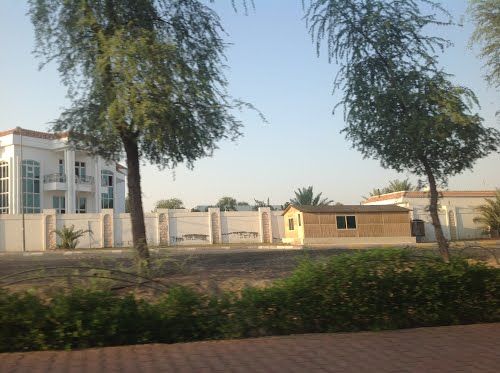 The Outlet Mall on the outskirts of Dubai was brimming with people, lounges, bars and cafes at this dusky hour. And we were soaking in the allure of the Arabian city in all its glory. The olfactory smell of freshly brewed Arabian coffee and Swiss Arabian perfume pervading the area was simply divine. We enjoyed our evening meal of coffee and falafel, which was awesome. Dubai after dusk looked enthralling with the minarets, towers, skyscrapers and illumination. With over 70 malls and more than 6000 shops throughout the city, people get a range of options to shop. The souks, clubs, fun fares galore adds to the glamour quotient of Dubai. We unwound at the Hilton Creek Hotel near the Dubai Creek. The presence of the celebrities and the hospitality of the hotel offered an unmatched experience. 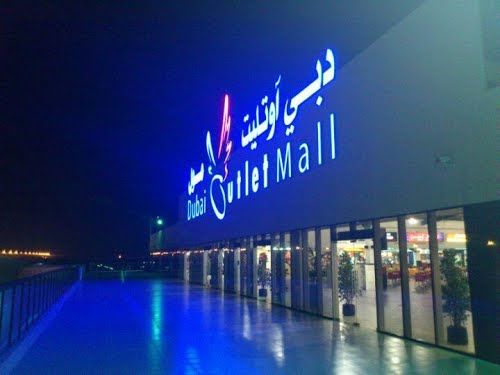 The next morning began with desert safari. A unique journey into the real desert to experience the authentic desert life. The vast sands of eternity, dune bashing and rolling in the sands was a thrilling experience for anyone with an adventurous spirit, The camel rides, Arabian food and dance revealed the distinctive Emirati culture and art which again was an enriching feature of my UAE sojourn. From its upfront culture to the finesse of entertainment UAE definitely presents world class options. Finally, my tour ended with a view of the stunning Burj Al Arab, the enthralling beach of Dubai, The aquarium at Dubai mall and the sublime Khaleefa Tower which offered a picturesque view of the city. 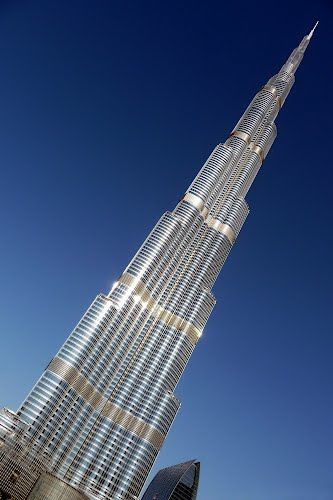