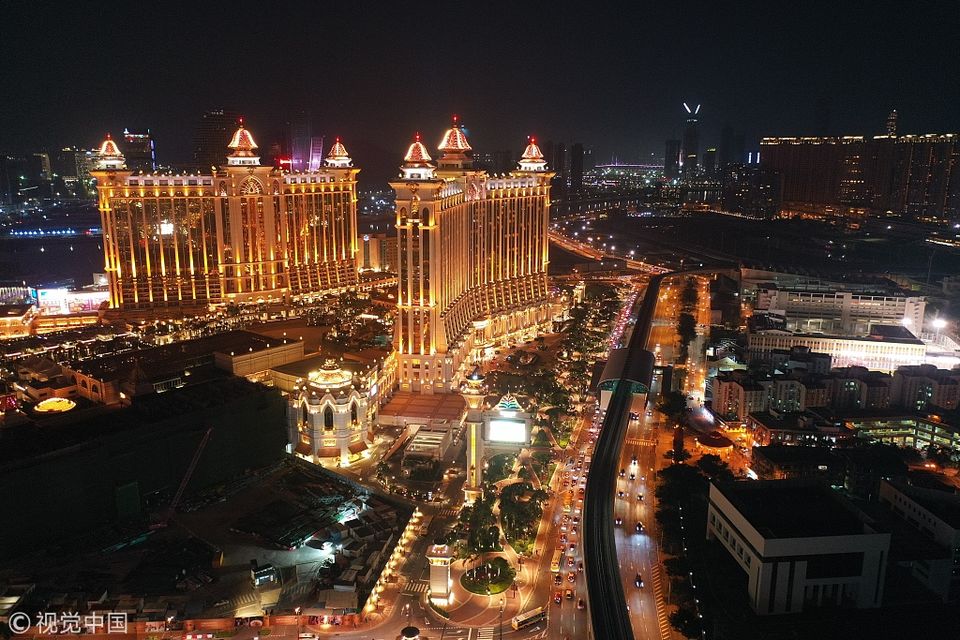 Macau is a Special Administrative Region of the People's Republic of China. A Portuguese overseas territory until 1999, it reflects a mix of Portuguese and Chinese influences. Its giant casinos and extravagant malls have earned it the nickname, the "Las Vegas of Asia." One of its more striking landmarks is 338m-high Macau Tower, with sweeping city views. Here are 20 reasons to visit Macau.

It's true that the casino industry is a large reason why Macau has become a hotbed of tourism. Eclipsing Las Vegas in terms of overall dollar volume, Macau's casinos have quickly become THE spot for global gamblers.

The Ruins of St. Paul's refers to the ruins of a 16th-century complex in Macau including of what was originally St. Paul's College and the Church of St. Paul also known as "Mater Dei".

Shops are renowned for offering designer labels at much less than in nearby cities. There’s also generous duty-free shopping, including at The Shoppes at Four Seasons, which features fashions from many high-end designers

A-Ma Temple, situated on the southwest tip of the Macau Peninsula, is one of the oldest and most famous Taoist temples in Macau. Built in 1488, the temple is dedicated to Matsu, the goddess of seafarers and fishermen.

Fortaleza do Monte is the historical military centre of Macau. It forms part of the "Historic Centre of Macau", a UNESCO World Heritage Site

In the same neighbourhood as St. Paul's, a different type of opportunity awaits if you round the corner at Senado Square and a stroll down Rua da Tercena. This street has yet to become a major tourism point and is where you'll find underground shopping in Macau.

More than 300 dogs run at the Canidrome, Asia’s only greyhound racing stadium. At the Macau Jockey Club, horses are imported from several countries to inspire international excitement.

9.Sink your teeth into a delicious and distinctive Macanese pork chop bun. This sandwich features fried pork between slices of sweet round bread. It is easily found in Macau’s restaurants and is very filling.

The Grand Prix Museum is a motor racing museum in Macau. The museum was inaugurated at the 40th Macau Grand Prix in November 1993. It is co-located with and adjacent to the Macau Wine Museum.

The Macau Fisherman's Wharf is the first theme park in Macau. It is located at Freguesia da Sé in Macau Peninsula, near the Hong Kong-Macau Ferry Pier.

13.Our Lady of Penha

The first chapel was founded in 1622 by the crew and passengers of a ship which had narrowly escaped capture by the Dutch. The chapel served as a point of pilgrimage for sailors embarking on a hazardous voyage.

The most Chinese of all of Macao's gardens is the Lou Lim Ieoc Garden. It was built by a wealthy 19th century Chinese merchant, Lou Kau, and was inherited by his son Lou Lim Ieoc in 1906. When the family fortunes declined the garden fell into ruins, but it was eventually purchased and restored by the government and opened to the public in 1974

The Guia Fortress is a 17th-century colonial military fort, chapel, and lighthouse complex. It is in the St. Lazarus Parish, Concelho de Macau. The complex is part of the UNESCO Historic Centre of Macau World Heritage Site.

MGM Macau is a 35-story hotel tower with 600 beautifully appointed rooms, suites and villas, a grand casino and private gaming salons for preferred customers. A convertible convention area with 14,455-square-feet of meeting space, world-class spa, swimming pool facilities and a variety of restaurants catering to international tastes and influences.

Macau is one of Asia's best-kept culinary secrets, with an astonishing density of fine-dining options and a vibrant street-food scene. The 'must-try' is the iconic Macanese custard egg tart; some swear by those at Lord Stow's Bakery on Coloane, others argue passionately for those from rival Margaret's Cafe e Nata.

Spend an entrancing hour or so gazing at one of the big, bumbling pandas who live in Macau’s Giant Panda Pavilion, where you’ll also spot monkeys and lemurs.