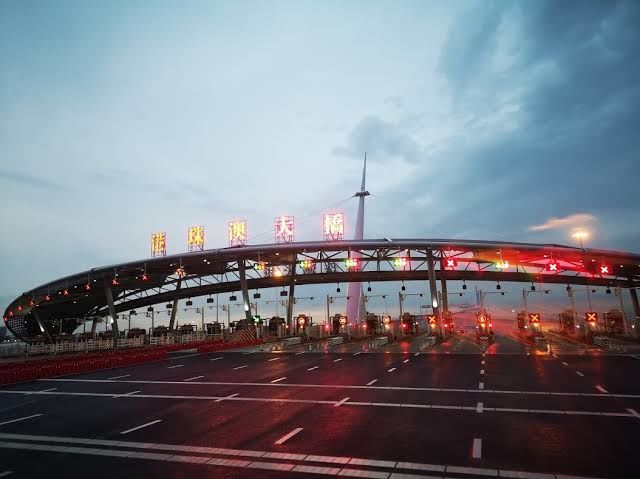 Popularly known as Sam Ba Sing Tzik, Ruins of St. Pauls is situated near Mount Fortress and Macau Museum and is one of the most popular places in Macau. It is one of the top Macau tourist spots. This is the most important and age-old structure of Macau with a gigantic relic and a stairway that reflect the remains of the century-old Jesuit Church. This structure of the biggest catholic church of East Asia has five tiers, built in granite.

One of the most popular places to see in Macau, Senado Square is always bustling with tourists and locals making it one of the top Macau tourist places. The Square isnt just about shops, restaurants, and offices, this is an important World Heritage Site as announced by UNESCO since it well portrays the magical history of Macau.

Venetian the Vegas style and Venice-themed hotel is one of the stylish and best places to visit at Macau. It is known for ultra-luxurious expanses, spectacular d-cor, lavish facilities and amazing activities.

Macau Tower is a significant landmark of the city, known for a-lovely view from the-top, a magnificent structure, and an incredible construction. Constructed by Gordon Moller, this beautiful structure is one of the amazing places to visit in Macau.

A-Ma Temple dates back to 1488 and is devoted to the Chinese Goddess Matsu worshiped-by seafarers and fishermen). The ancient temple is one of the top tourist attractions in Macau. It is believed that Macaus name itself was inspired by this temple. The temple boasts of its marvelous architecture, d-cor, style and overall design – all of which combine to make it among the most important places to see in Macau. There are six sections of the temple and each holds significant spiritual significance of its own.

Located near Maritime Terminal, Fishermans Wharf is a themed shopping mall and park, designed following Euramerican fisherman’s wharfs. Spread over sprawling 28 acres, the Fishermans Wharf has three sections; namely, Dynasty Wharf, East Meets West and Legend Wharf and is definitely one of the best places to visit in Macau.

Located in Monte Fortress, Macau Museum is a huge display area, exhibiting items and souvenirs of different communities and nationalities. The museum also exhibits how different sects of people had lived here in harmony, preserving their own culture and ethos. Offering an insight into history and culture, it has become one of the best places to visit in Macau with family.

Grand Prix and Wine Museum are among the most spellbinding places to see in Macau. The Grand Prix Museum is known for displays that are connected to Grand Prix globally, such as images, video clips, demonstrated write ups, victory cups, chronicles of champions and many celebratory items. Macau Wine Museum is also one of the most popular and interesting places to visit in Macau. It displays different processes and stages of brewing to public. Sprawling over 1400 sq m area, this museum boasts of its collection of 1115 wine brands.

Located in close proximity to St Pauls Ruins, this Fortaleza do Monte has historical cannons, barracks, cisterns and storehouses, used in significant historical battles. Known as a military fort, this place attracts tourists, especially history buffs. Today, one side of this vintage fort is refurbished as the city office of Macau Meteorological Bureau.

Hac Sa is the largest natural beach located on the south-western side of Coloane Island and one of the serene and splendid places to visit in Macau. This is a black sand beach and offers immense natural beauty. The serene shoreline and splendid beachfront attract nature lovers, honeymoon couples and travelers who prefer peaceful surrounding.

Kim Iam statue is a 20 m tall bronze statue of Goddess of Mercy emerging from a lotus. This work of art is located in outer harbor causeway and is one of the spectacular places to visit in Macau in one day. The lotus structure is an ecumenical center, which shares various pamphlets on Buddhism and preaches the religion too.

Located along Macau coastline, the St. Lawrence Church is known as a praying ground for families of Portuguese sailors for a-safe return. The neo-classical structure with subtle Baroque decorative inspirations fascinates visitors. Definitely one of the charming places to see in Macau!

Canidrome Club is the only greyhound racing venue in Asia. The club is known for spectacular and thrilling dog races, 5 days every week. This premium club is one of the amazing places to visit in Macau for kids and has a-couple of grandstands, private boxes, and VIP lounges along with public stands for spectators and enthusiasts.

Guia Fortress is one of the oldest forts in Macau located in the highest point of the peninsula. The fort is an elegant white structure representing western and Chinese designs, showing off styles of spiritual and fabulous motivation.

Located by the side of Lilau Square, Mandarins house was the residence of Zheng Guanying who was a patriotic merchant of modern China. A beautifully architectured courtyard style mansion, this attraction became a UNESCO world heritage site in 2005 and considered as the part of Historic Center of Macau. This ancient monument was built in 1894 and after an eight year renovation this monument was opened for public in 2010.

Just a few steps away from the Macaus famous Casino strip lies this traditional village which is one of the best areas of the city preserved. This village reflects the cultural side through its historic buildings, museums, galleries and shops which are standing there since old times. Adorned with pedestrian streets and beautiful alleys, it is one of the interesting places to visit in Macau.

If you are tired of the museums and galleries in Macau, then the highlight of the city is still there to light up the nightlife. The Venetian Macao is the worlds biggest Casino resort standing at the famous casino strip. Replicating its sister property in Vegas, this resort is a perfect place to enjoy the after-hours like never before.

Located in the Cotai region of Macau, the Studio city is a hotel and casino resort which is Asias first. This luxurious studio resorts integrates television, film production facilities, gaming and retail. Featuring an Art Deco design, the Studio city has various attractions to enjoy while enjoying its lavish interiors. Some of them are the Batman Dark Flight, the Cosmos food station and many more.

Situated at the foothills of the Guia hill, Flora Garden is an European style garden which is considered as Macaus largest public park. This garden was once used as a ground for Flora Palace which is a mansion built during the Portuguese Macau Era. Inside the garden there is an aviary, a small zoo and a patio. Along with this the garden is adorned with flowerbeds, small waterfalls and belvedere.