Macau: A must visit Place#20ThingsILoveAboutMacao 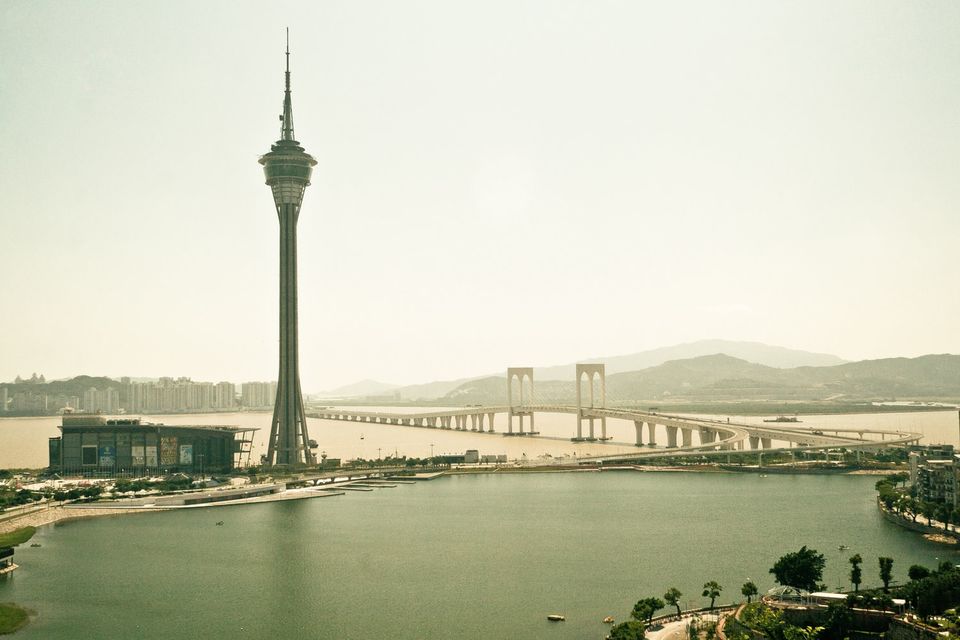 Macau is a lively city full of most energetic and exciting experiences. Its food, culture, people, architecture and places attract tremendous awe and wonder. Often underrated as a small island, the peninsula offers luxury, accommodation, and entertainment. And experiences in Macau go far beyond normal and good; they are mindblowing.

It is a large (111,500sqm) theme park, with various port 'towns' - among them New Orleans, Amsterdam, Lisbon and Cape Town. The area, within walking distance of the ferry terminal, features shops, restaurants, nightlife, an amusement park and amphitheater. The vast assortment of shops at Fisherman’s Wharf rivals any of the world's shopping capitals.

2. Be at the top of Macau Tower and hang in there for your life!

The best thing to do in Macau is to climb the Macau Tower. It is the most exhilarating experience in Macau, and is quite popular with the tourists. No matter how short the trip is, make sure you don’t come back without doing this. It may feel nauseous at the top, but do it.

The striking 338 meter tower boasts of an observation deck, cinema, revolving deck, and an adventure zone. The tower’s thrilling walk, right on the edge of the observation deck, is truly a once-in-a-lifetime experience.

4.Macau is filled with Cultural treasures and you can enjoy exploring them.

5. A-Ma Temple is the oldest temple in Macau, and is a perfect representation of Chinese culture, Buddhism, and multiple folk beliefs.

6. Urban center of Macau, Senado Square will make you feel like you are in a city by the Mediterranean Sea when you see the pastel-colored neo-classical buildings everywhere around.

7. Macau's one of the best known landmarks, Ruins of St. Paul's Cathedral desserves a visit.

8. Monte Fort: It is an almost 400-year-old stone fort, which offers superb sunset and casino views from the top.

9. Travellers can explore Hong Kong as well which is just an hour away by fast Ferry.

10. Although Macao is a small island, there are more than 15 interesting museums of various themes, such as art and culture.

11. Foodies can satisfy their taste buds with Macau Food.

12. Collect your memories and leave Your Footprints on Hac Sa (Black Sand) Beach.

13. Love Blossomes in Macau. You can take a Romantic Stroll Along Travessa da Paixão with Your other half.

14. Travellers looking for adventure, here you Go. Macau Tower is the tenth tallest sightseeing tower in the world with a height of 338 meters offering you a very challenging activity: bungee jumping.

15.The most famous and oldest (built in 1488) of Macau’s Chinese temples, this Taoist building was around before the Portuguese colonisation and therefore has a huge historical significance to the island and its initial religious standing prior to the western colonisation. The goddess A-Ma is also where Macau gets its name from.

16.Revel in the old world charm of Taipa Village.

One of the most important of the island's many museums, it tells the story of how Macau has constantly been connected to the sea, which consequently led to its colonisation by the Portuguese and its subsequent rich history.

18.The most famous and oldest (built in 1488) of Macau’s Chinese temples, this Taoist building was around before the Portuguese colonisation and therefore has a huge historical significance to the island and its initial religious standing prior to the western colonisation.

19. House of Dancing Water (HoDW) is a world-class, family-friendly performance that will have you highly entertained 90 minutes. The performance remains high-calibre and offers great entertainment value, the likes of which you would expect of the best shows in Vegas, Broadway and the West End.

20. Macau is very festival and enjoyable during the Chinese New Year period each year. Most squared are decorated, have small fairs, exhibitions, pinwheel and flower markets and a fair number of (themed and traditional) dance and performances.