During the Holi season, Barsana is one of the most colorful treat in India... a very overwhelming place with such a beautiful history of lathmaar holi (Lath means stick used for beating; maar = to hit). As the name suggests, the  holi is about hitting with a lathi (stick).

When Lord Krishna use to come to Barsana from his village Nandgaon, Uttar Pradesh to tease Shri Radha Rani Ji and the Gopis (girls of Barsana) .  The gopi(s) used to beat Shri Krishna by the laathis (sticks). Since then, Men from Nandgaon come to Radha Rani (Barsana !!) dressed as Krishna and the Ladies of Barsana welcomes them with the sticks.

As soon as you enter the village of Barsana, you will see many cross-dressers, dressed as Radha and Krishna, various pandals having musical and dance rendition of Krishna Raasleela.

Drunk Men and holi are synonyms of each other these days. So you will find many people walking zig zag somehow managing to balance themselves and some are not lucky enough to hold on to their balance and could be seen lying anywhere on the road or even in drains.

Barsana , Nadgaon and Vrindavan Holi collectively has a huge caliber of becoming one of the biggest International Tourist attraction in India. The authorities must create the necessary infrastructure, star rated hotels  , Roads, Train / Air connectivity and publicize this event globally with the incredible India campaign. Already Reuters and many international photojournalists has widely covered this event. A better publicity can definitely benefit the tourism industry and the locales.

Local administration must make sure about the safety and security of the visitors as the streets become really shady post the sunset and and the only people seen on the roads are Drunk Men a, Sex Workers and Eunuchs.

Like every place in India, there are some Dos and Donts of visiting Barsana (specially Photographers) Dos 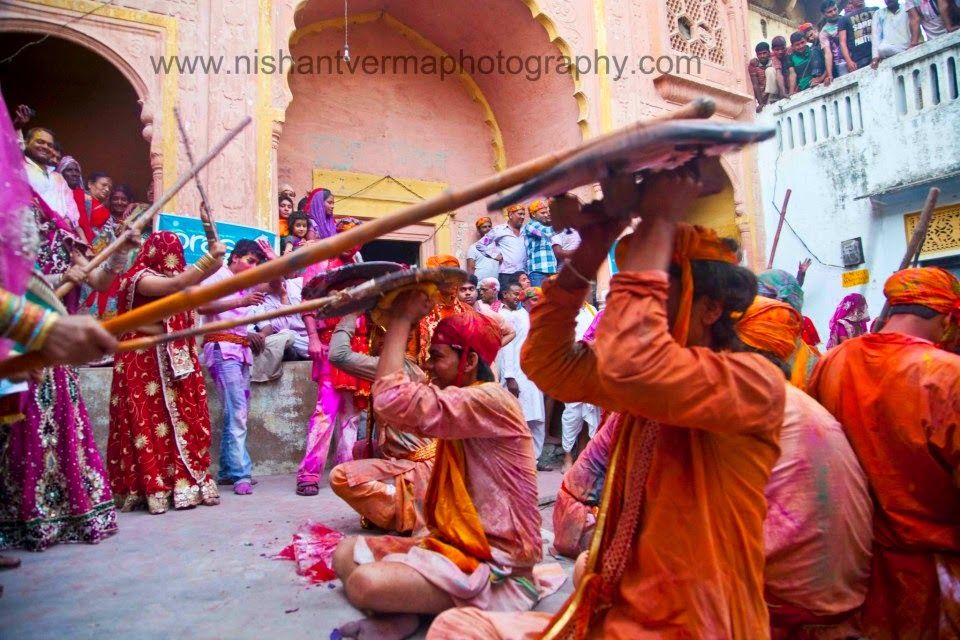