A Road Trip to Harihareshwar 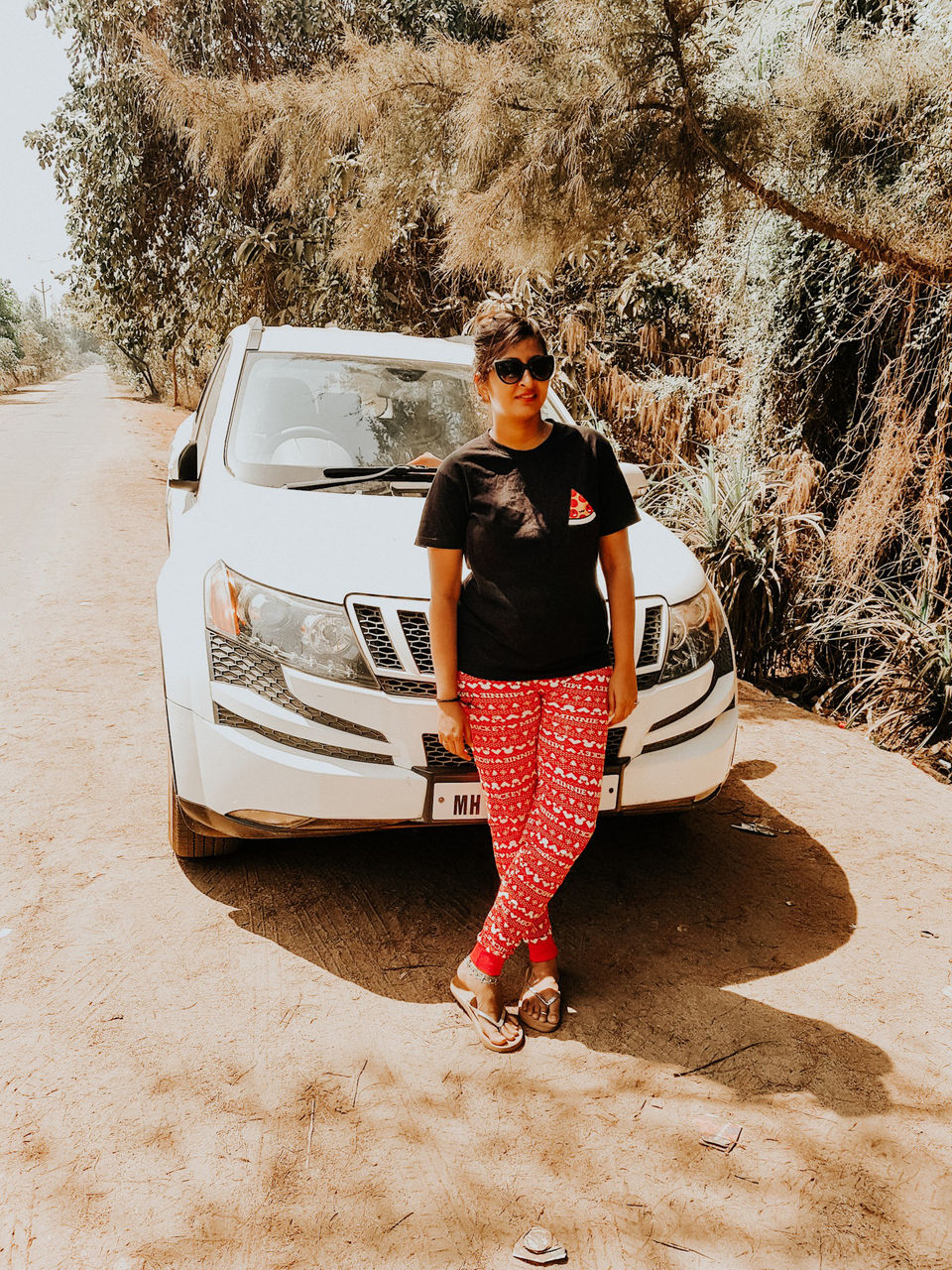 Harihareshwar is a tiny coastal town in the Raigad district of the Konkan region in Maharashtra. Nestled in the foothills of three hills Harihareshwar, Harshinachal and Pushpadri, it is touched by the river Savitri before it meets the Arabian Sea. The town is a famous religious seat of Shaivism and has an ancient Kalbhairav Temple, giving it the name Dakshin Kashi.

But, what I would suggest is to go on a road trip from Mumbai or Pune

To beat the traffic, we started early around 6.00am and by 7.30am – 8.00am, were already outside Pune. We stopped midway at a McDonald for breakfast and then proceeded further. This region is really beautiful.

The roads went progressively bad on the ghats, and it was so bad at places that we could not drive above 20-30kmph Speed. 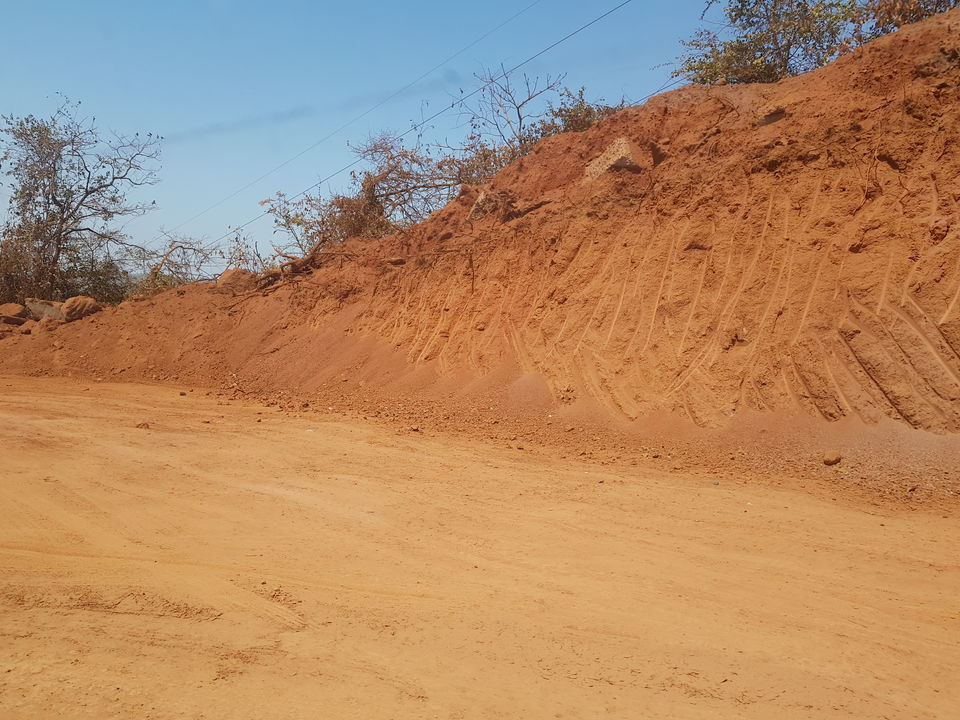 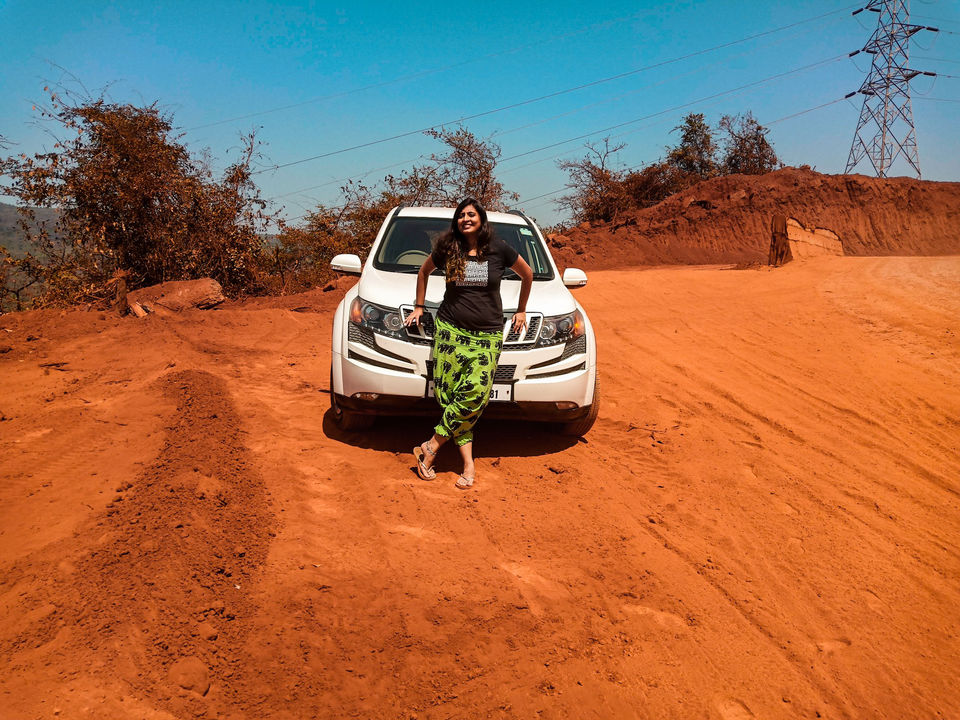 The route to Harihareshwar is extremely scenic, even by the standards of the magnificent Western Ghats. The serpentine road navigates through lush green rain forest under tunnels formed by trees with the Arabian Sea and its backwaters on one side and low hills on the other. It has a very calming effect and the general lack of human presence on the road makes it even better. 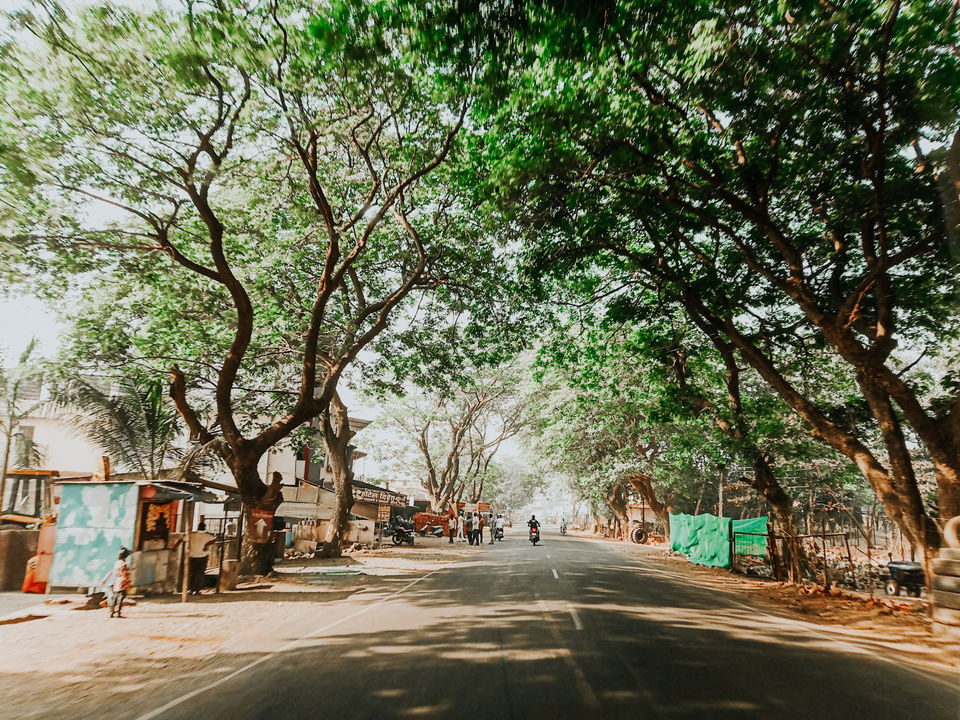 We reached at some time past noon and checked in at our hotel. We stayed in MTDC Resort -Premium suit A/c room. They have two types of rooms: Wooden Cottages and in new building Premium Suits both were beautiful and stood just next to sea. I have experienced both. We were told that the best eating options were available at the restaurant of the MTDC resort. It serves good seafood and has decent options in vegetarian as well. If you are planning a trip to Harihareshwar, try to book your accommodation MTDC well in advance, instead of looking for any other hotel. 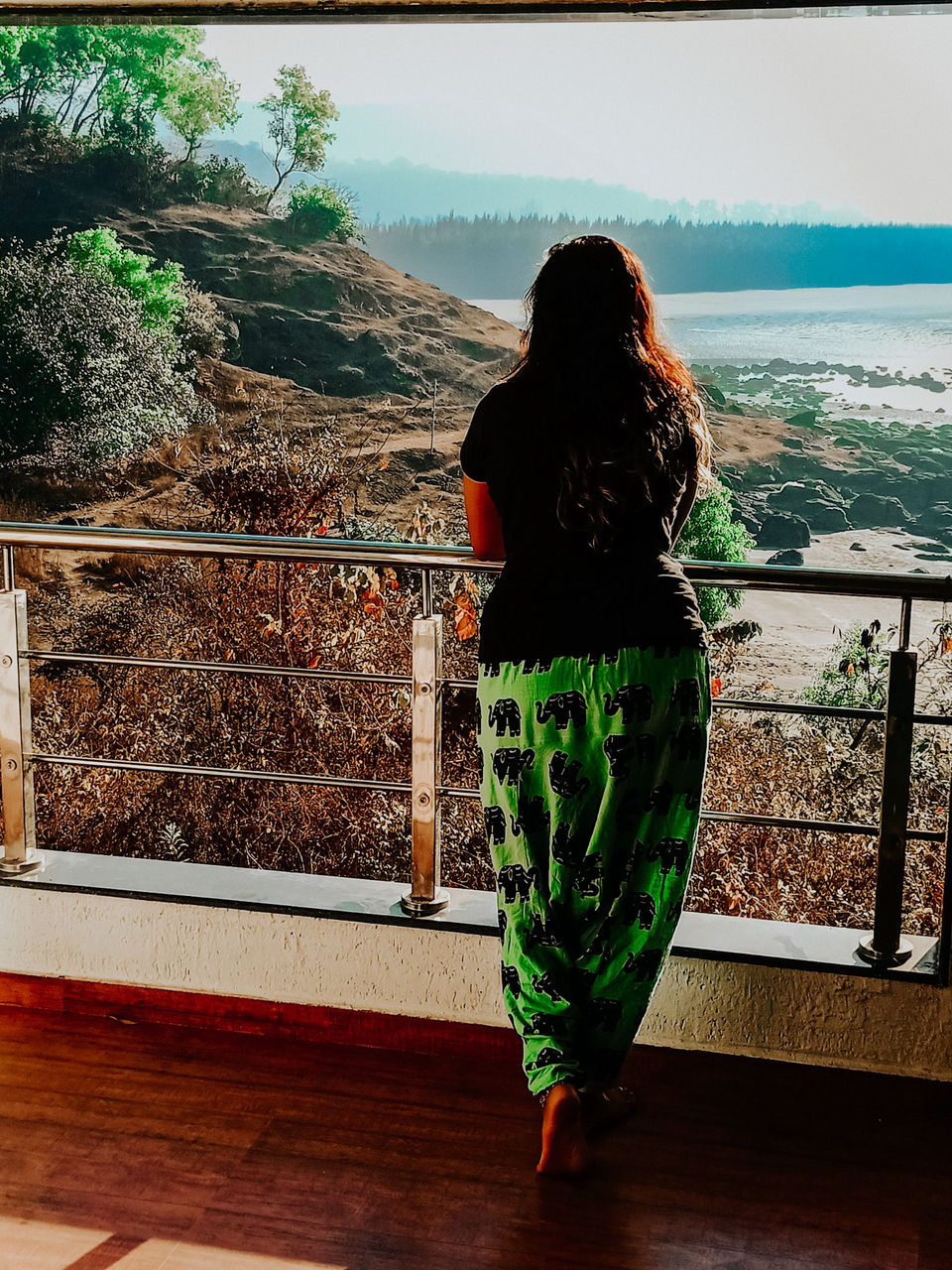 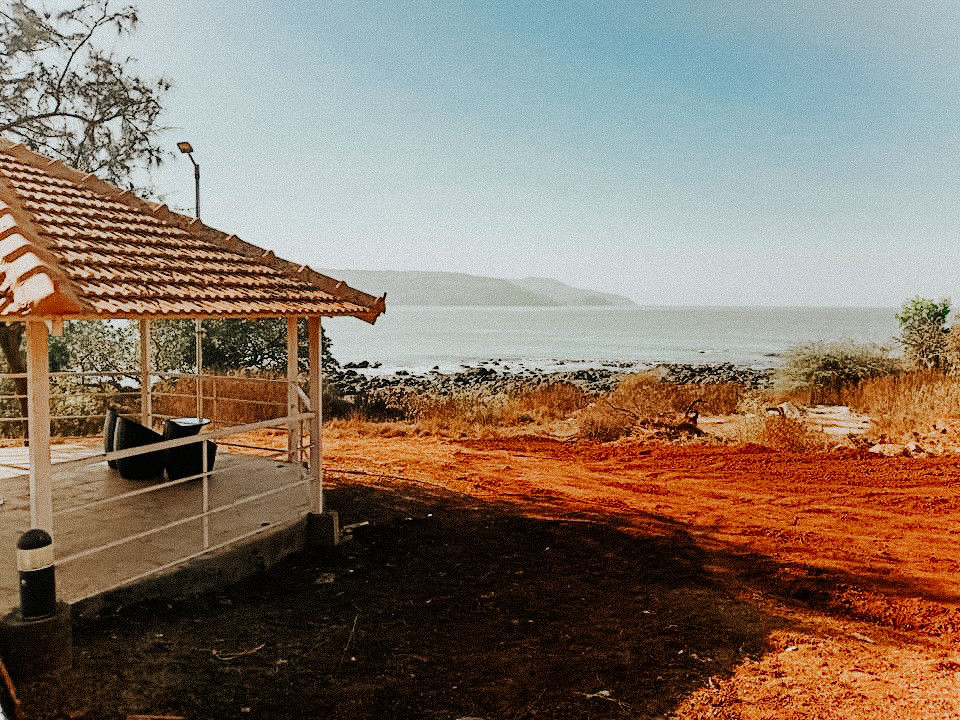 The sea beach at the MTDC resort is rocky, with black lava rocks dotting the landscape and at a 2 min walk from the restaurant. Though beautiful, it is dirty – strewn with broken glass and rubbish of all kinds – ok for spending 30 minutes but not much of a place.

At the Harihareshwar beach, there is the famous temple of Lord Harihareshwar which is said to have been blessed by Lord Shiva and known as Kashi of Southern India. Temple and nearby area have huge mythology history associated with it. We visited in the afternoon, the sky, clouds, sea and sand, conspired together to create such a spectacle that it will remain etched in the memory for a long time. 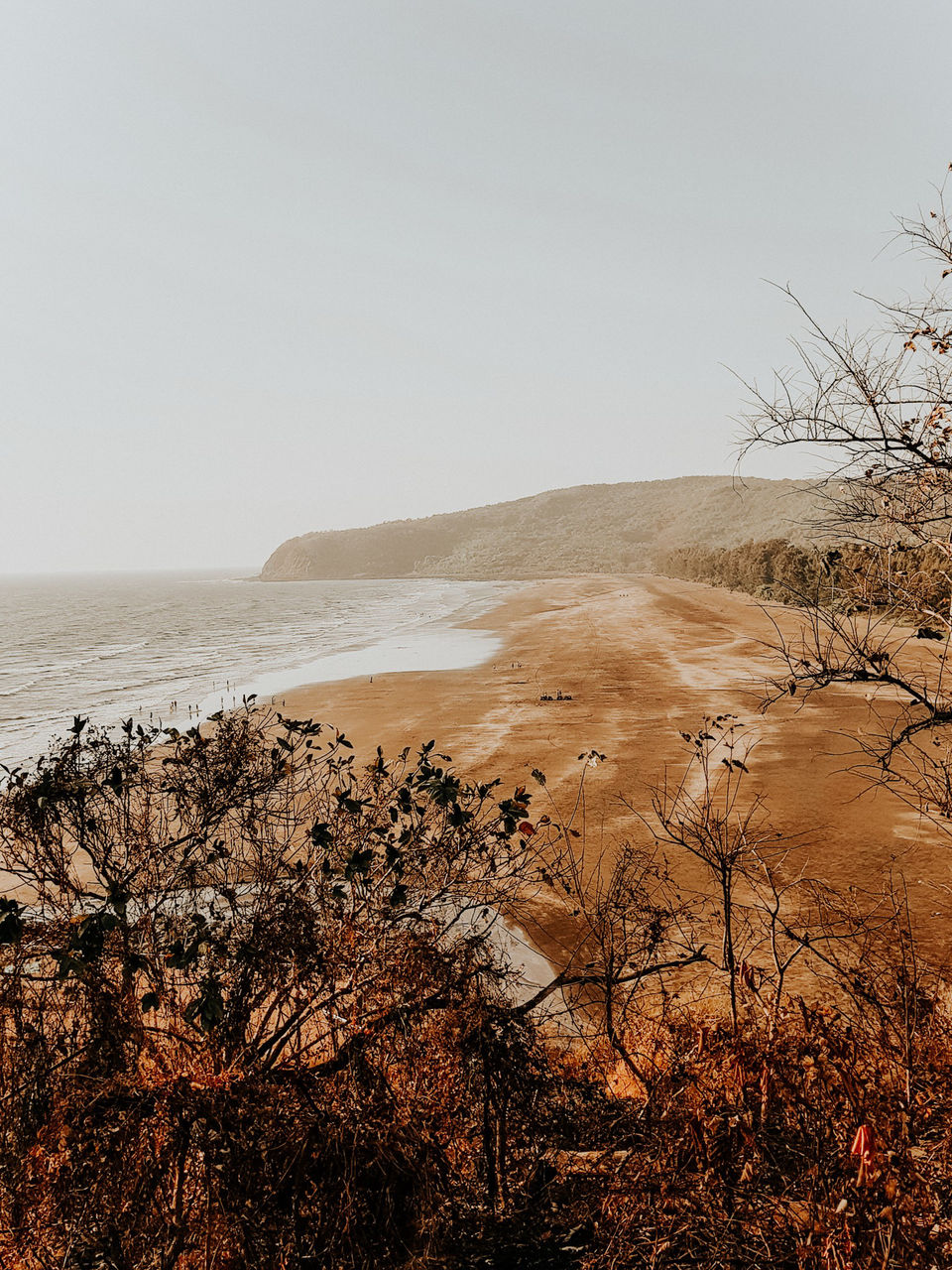 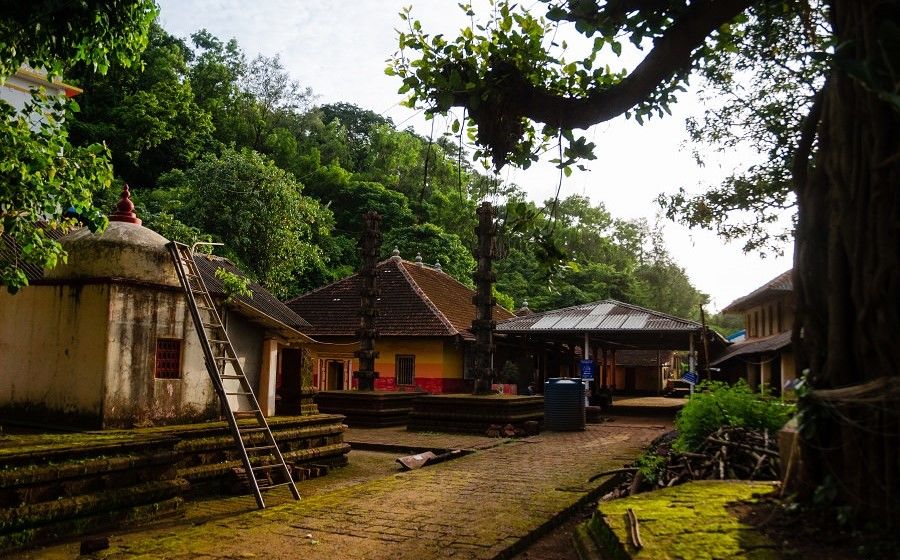 Perhaps one of the most important landmarks, and sometimes ignored, of Harihareshwar are the lava rocks lying to the left of the beach can be accessed from Temple. Behind the temple is a stairway which will lead you to peak. Here you will find another stairway (around 130 stairs) which leads to the rocky patch by the side of the sea. View of the Arabian Sea from the stairways is simply breathtaking. Also, don’t miss the sunset as the views are simply stunning. 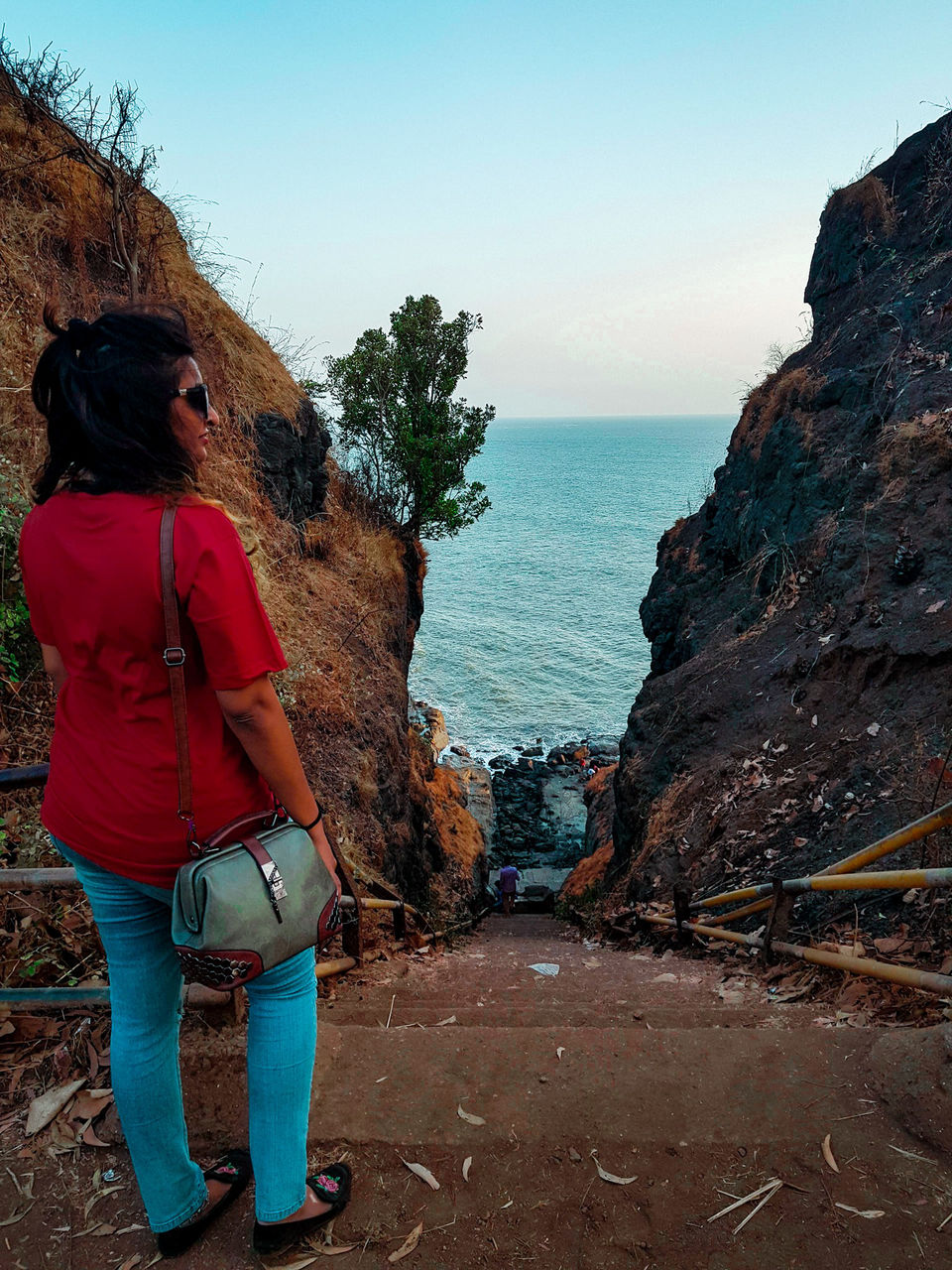 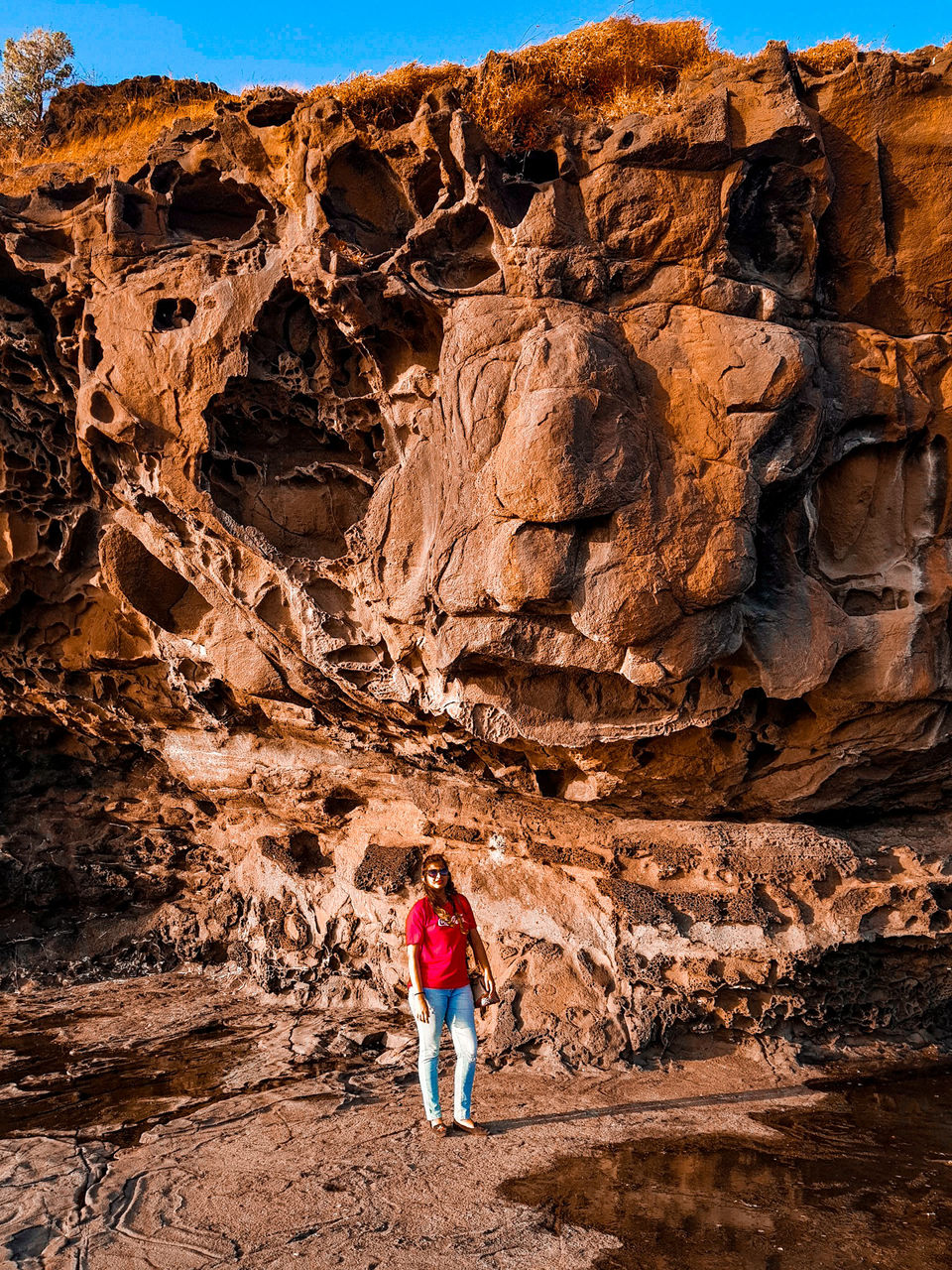 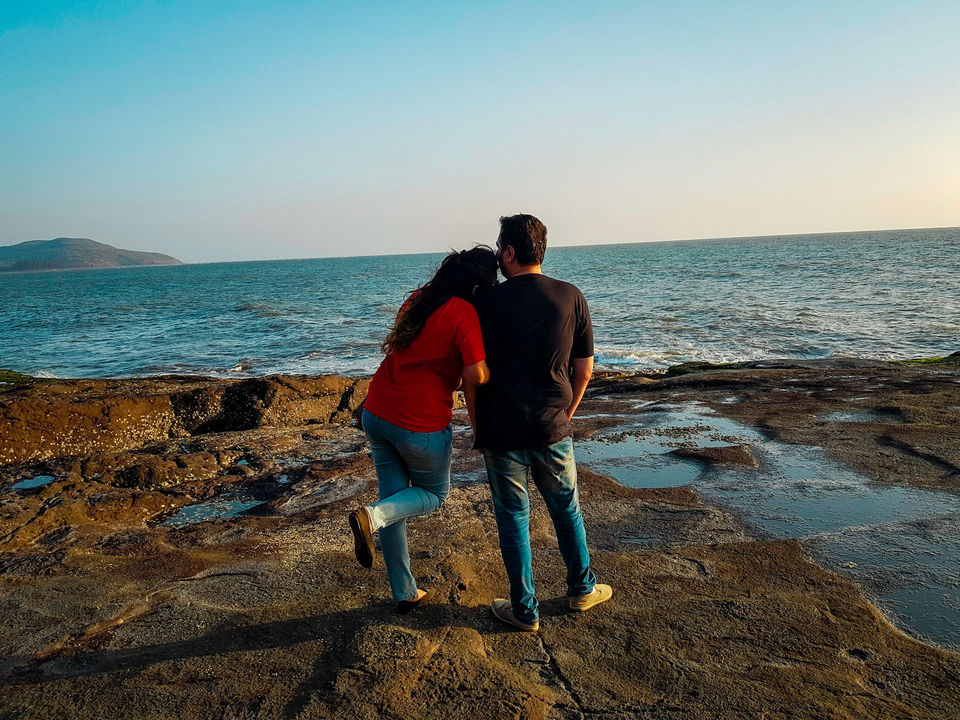 The Harihareshwar beach is not very clean; the local administration does not seem to be very Swachh Bharat conscious. However, what the place lacks in terms of human folly, it more than makes up by the bounties of Mother Nature. It is an alcove of fine black sand and a calm sea flanked by hills on both sides and opening up towards the town.

Are you excited about your Road trip to Harihareshwar?  Share you Roadtrip stories below in comment section, would love to hear...