Planning for Dharamshala? You can't give these historic amazements a miss! 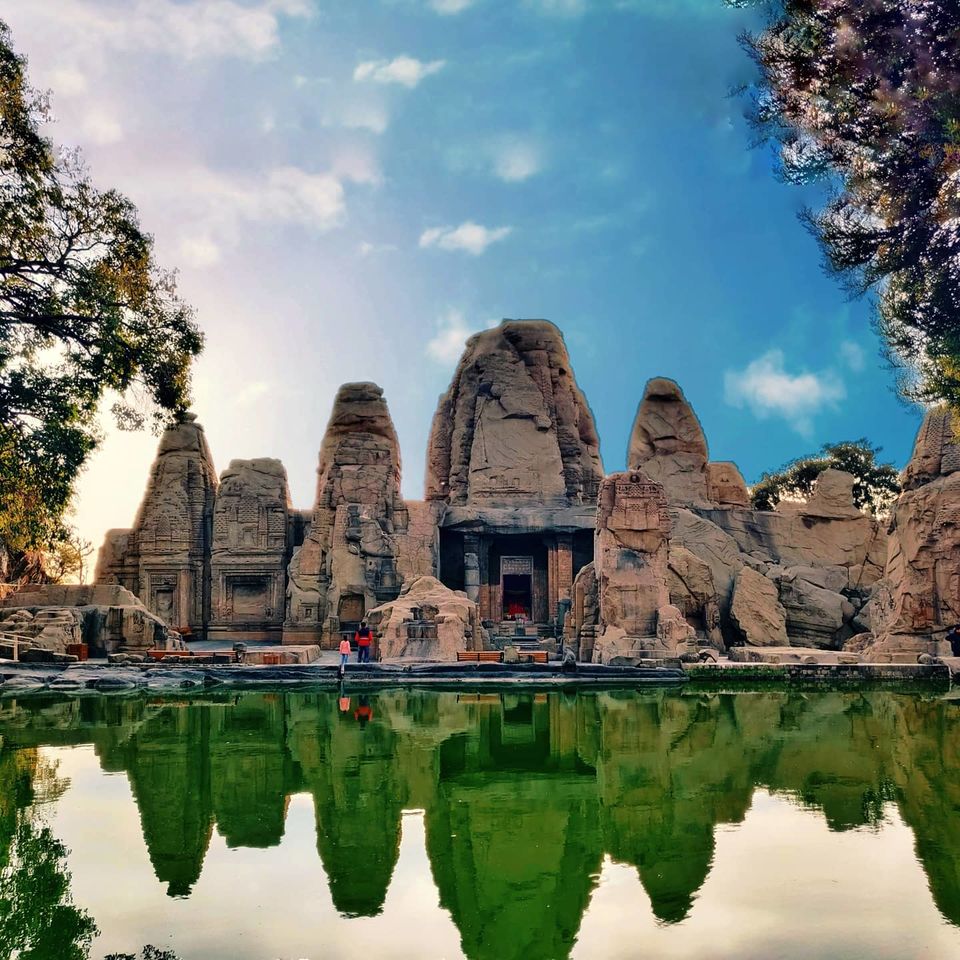 I have always considered February as the queen of all months. The pink hues in evening skies, the receding blankets of winters and the looming embrace of springs render this month as perfect for globetrotting. Agreed? 🙃

This year, I decided to spruce up my February with a crisp trip to Dharamshala. It eventually turned out to be my last trip before Covid-19 lockdown struck and humankind found itself homebound.

Dharamshala, as is widely known, is a quaint hamlet basking in the lap of Dhauladhar Ranges of Himalayas. The town is known for its exceptional panoramic views of the snow-clad Dhauladhar mountain peaks kissing the stark blue skies. Dharamshala is increasingly becoming popular amongst both the vibrant spirited youth as well as the family travellers. While most of the credits of being great tourist spot are taken by the vibrant Namgyal Monastery, Bhag-su Nag Falls and Temple, Dharamshala Cricket stadium and the upper town of Mcleodganj, there are a few pieces of excellence which do not quite so receive the much deserved love from travellers. I am going to talk about two such Historic monuments, which will add a sheen of perfection to your trip to Dharamshala! 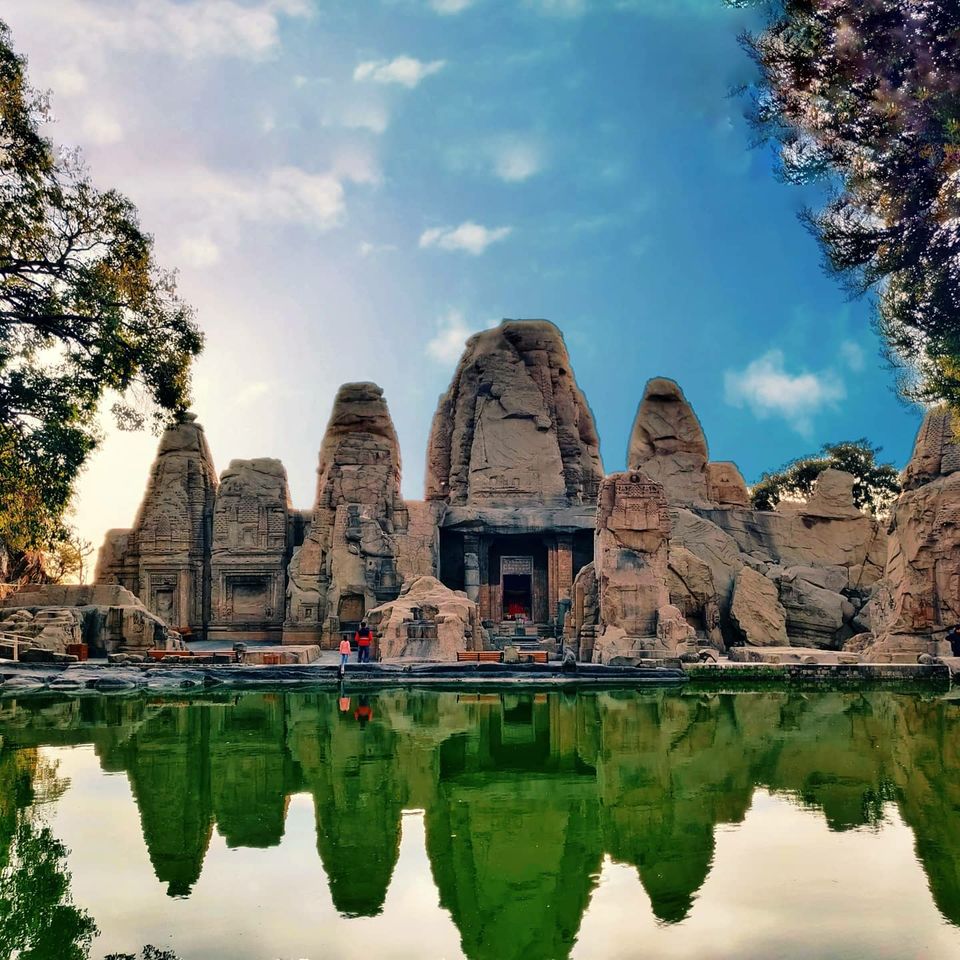 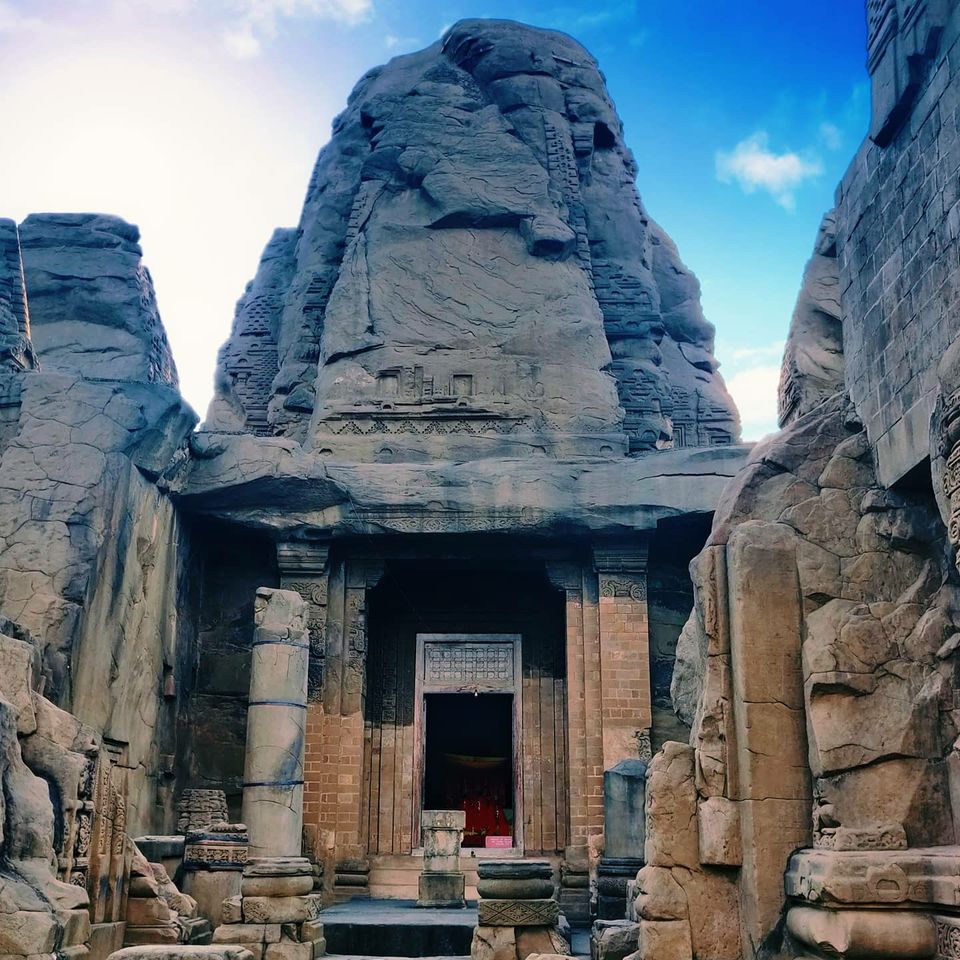 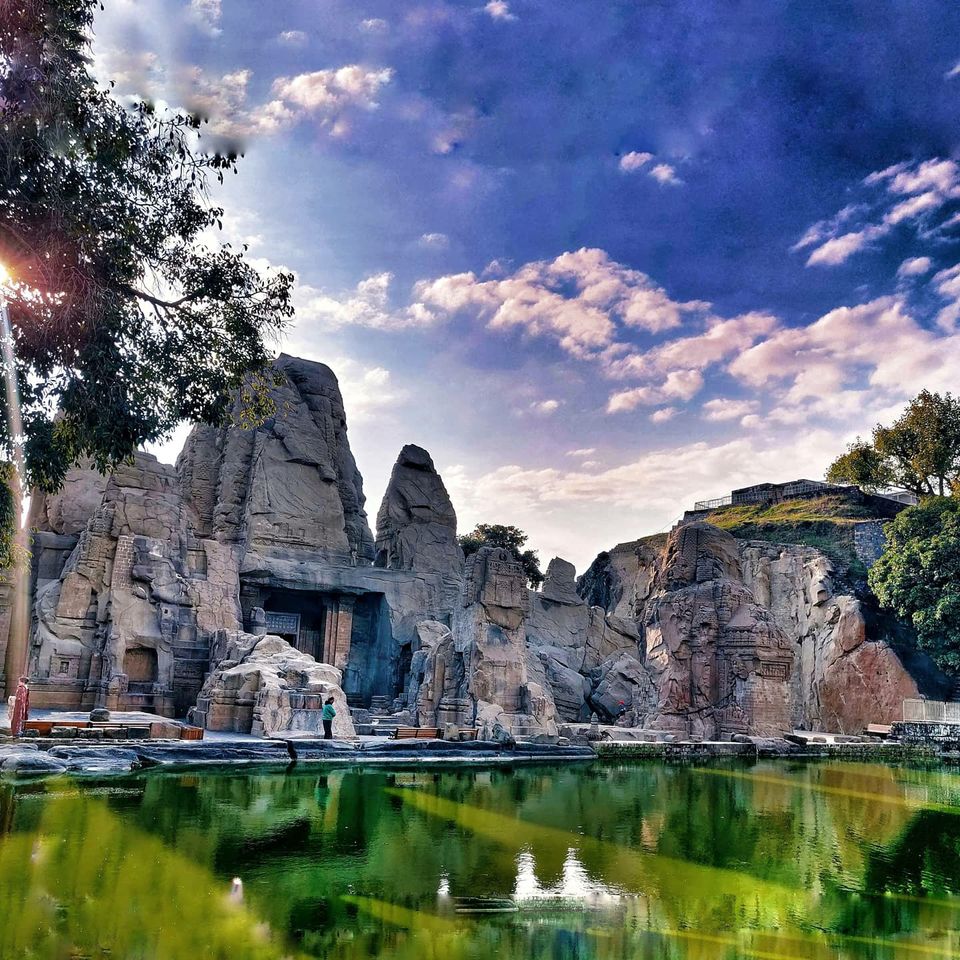 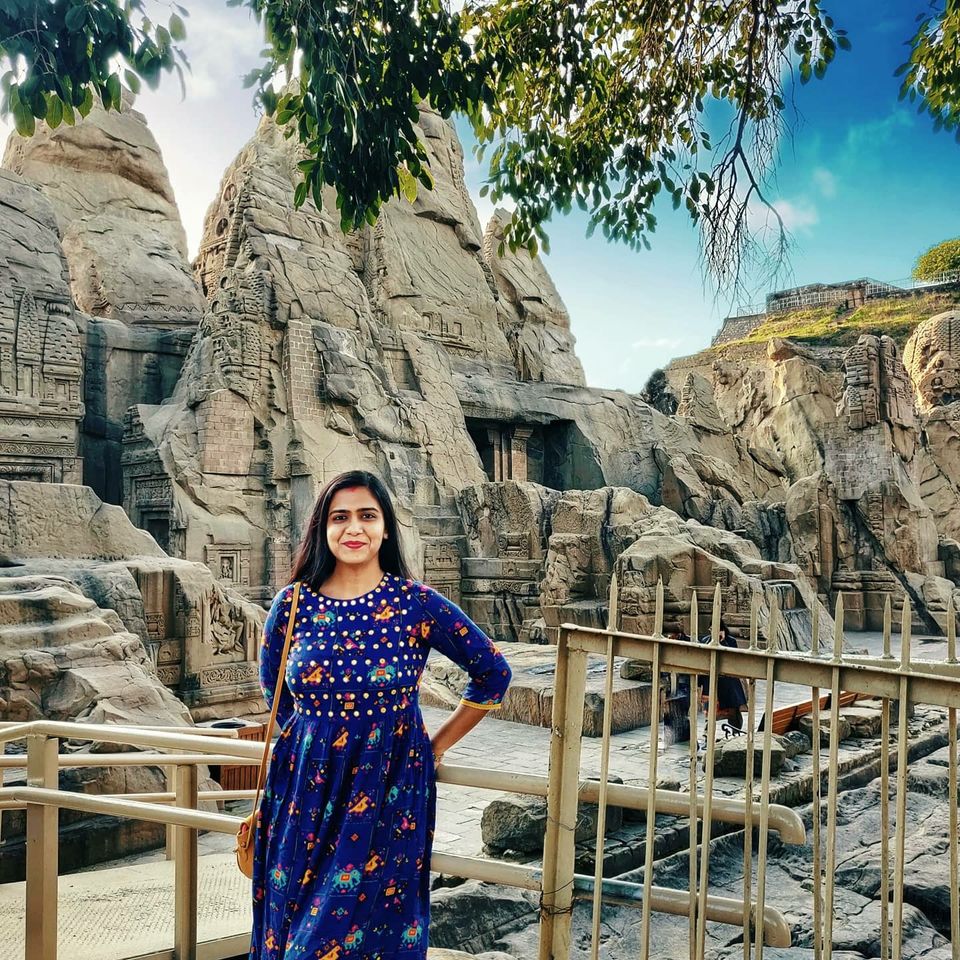 About 45 Kilometers south-west to Dharamshala, the village of Masroor is home to the stupendous Masroor Temples, also known as Rock Cut Temples. These are a group of 15 temples which are carved out of a monolithic rock and are surrounded by a rectangular sacred pool of water. (which increases the oomph factor of the pictures by an exponential level 😉) The temples were originally 19 in number before the 1905 Earthquakes of the region struck its havoc and crushed much of the structure of the monument. Legend has it that these temples were built by the Pandavas and were used by them during their period of incognito exile. There are certain other studies which point towards construction of these between the 8th to 9th century. However, due a lack of absolutely reliable scriptures, the origin of these temples remains a mystery to this date.

How to reach and what to do:

As these are very famous among the locals, cabs are easily available from Dharamshala/Mcleodganj to Masroor temples and a twisty and curvy ride of about 1 and a half hours, one can reach the place. There is a nominal entry fee of Rs. 10/- per person.

You can climb to the upper floor of the adjoining structure from where you will find a breathtaking view of snowy mountain peaks on the one hand and the sleepy green pastures of Kangra valley on the other. There are few small 'tapris' in the premise, where you can chomp on some steaming bowls of maggie and cups of tea. Try to blink a few times while to watch the spectacular craftsmanship of the temples, as these are for sure to remain etched into your memories forever.

As I said in my earlier blog, no trip is complete without a plate of local special maggie!! 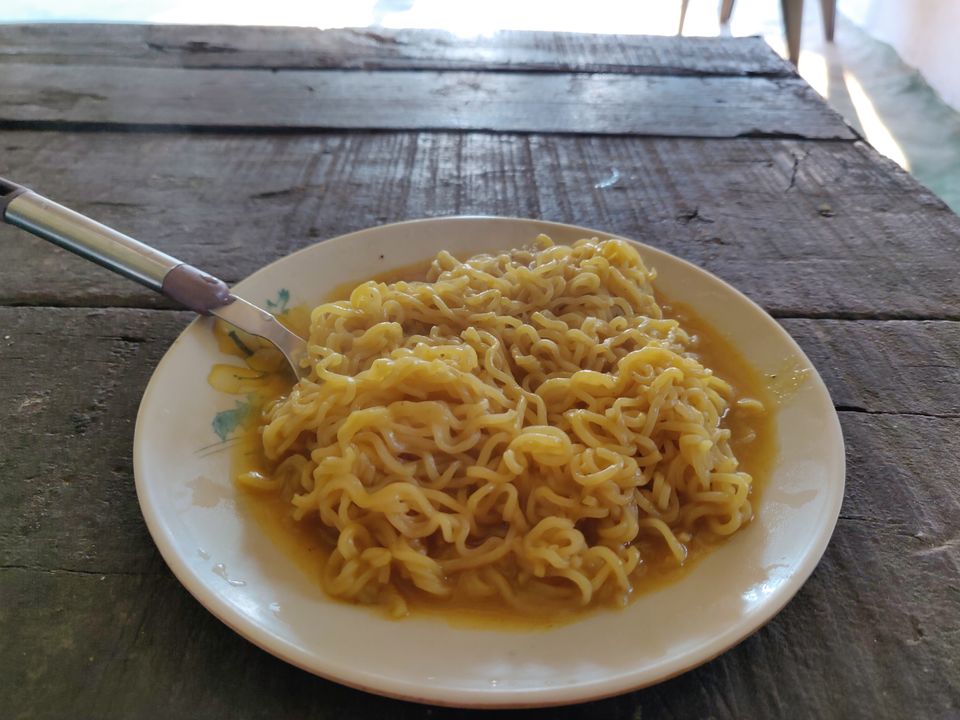 Against the backdrop of snow-clad Dhauladhar 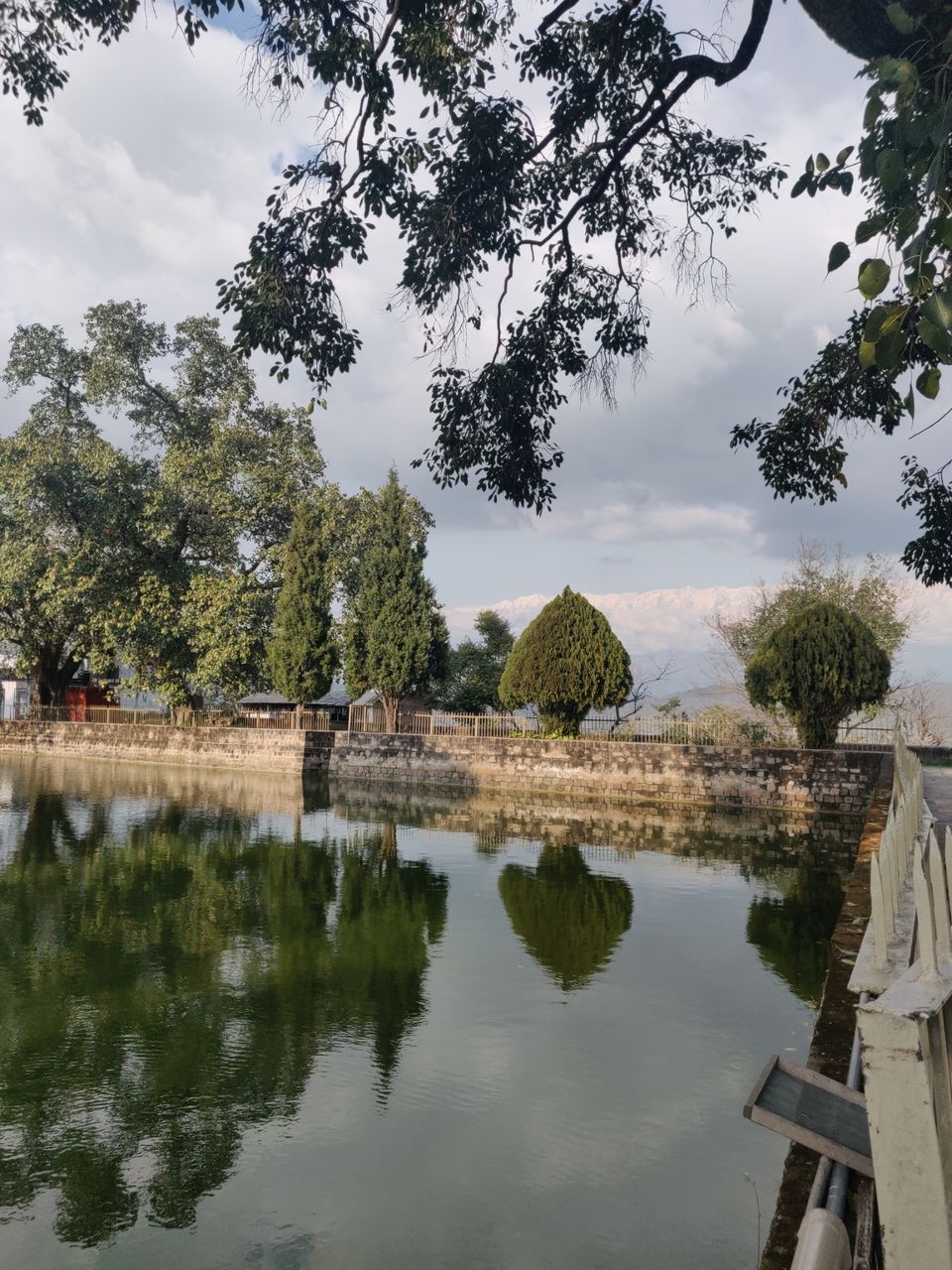 Another amazement in the Kangra Valley, which could make a history buff like me jump with joy, is the Kangra Fort. 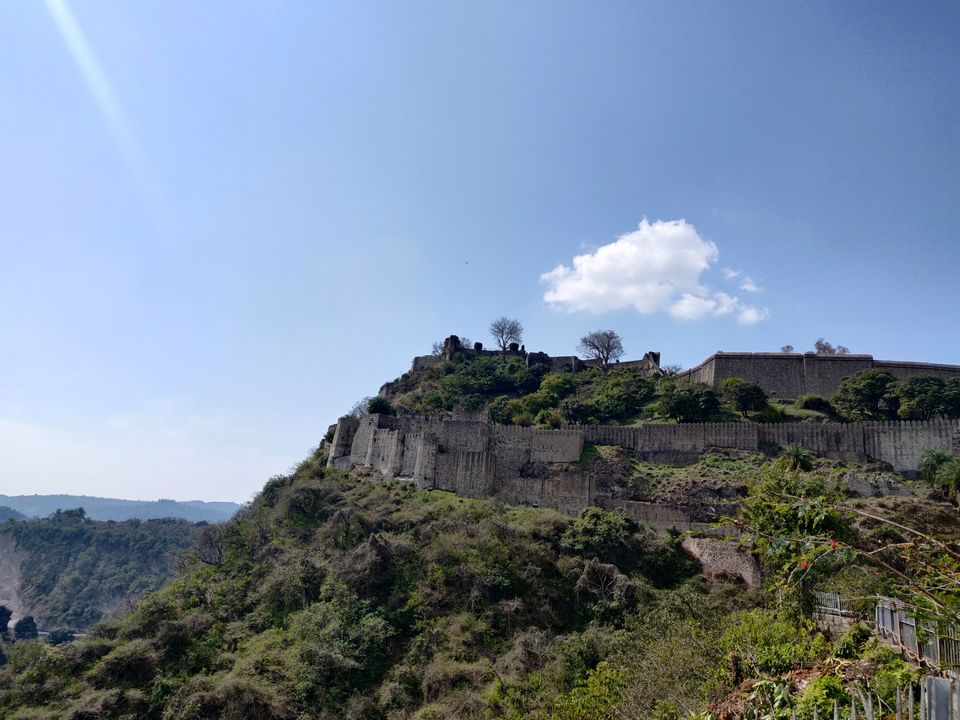 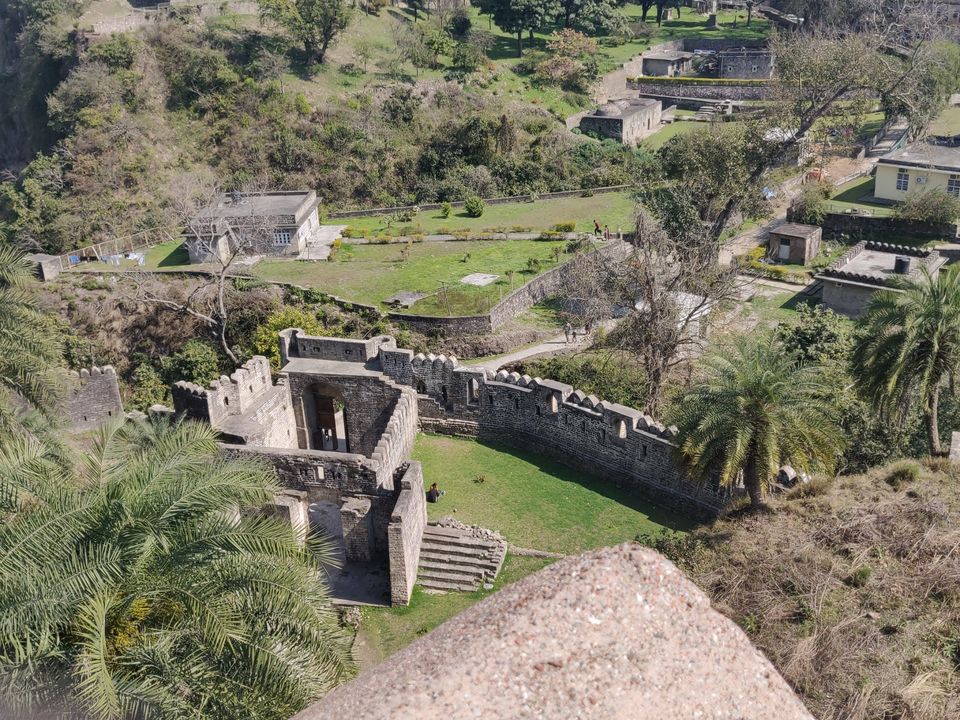 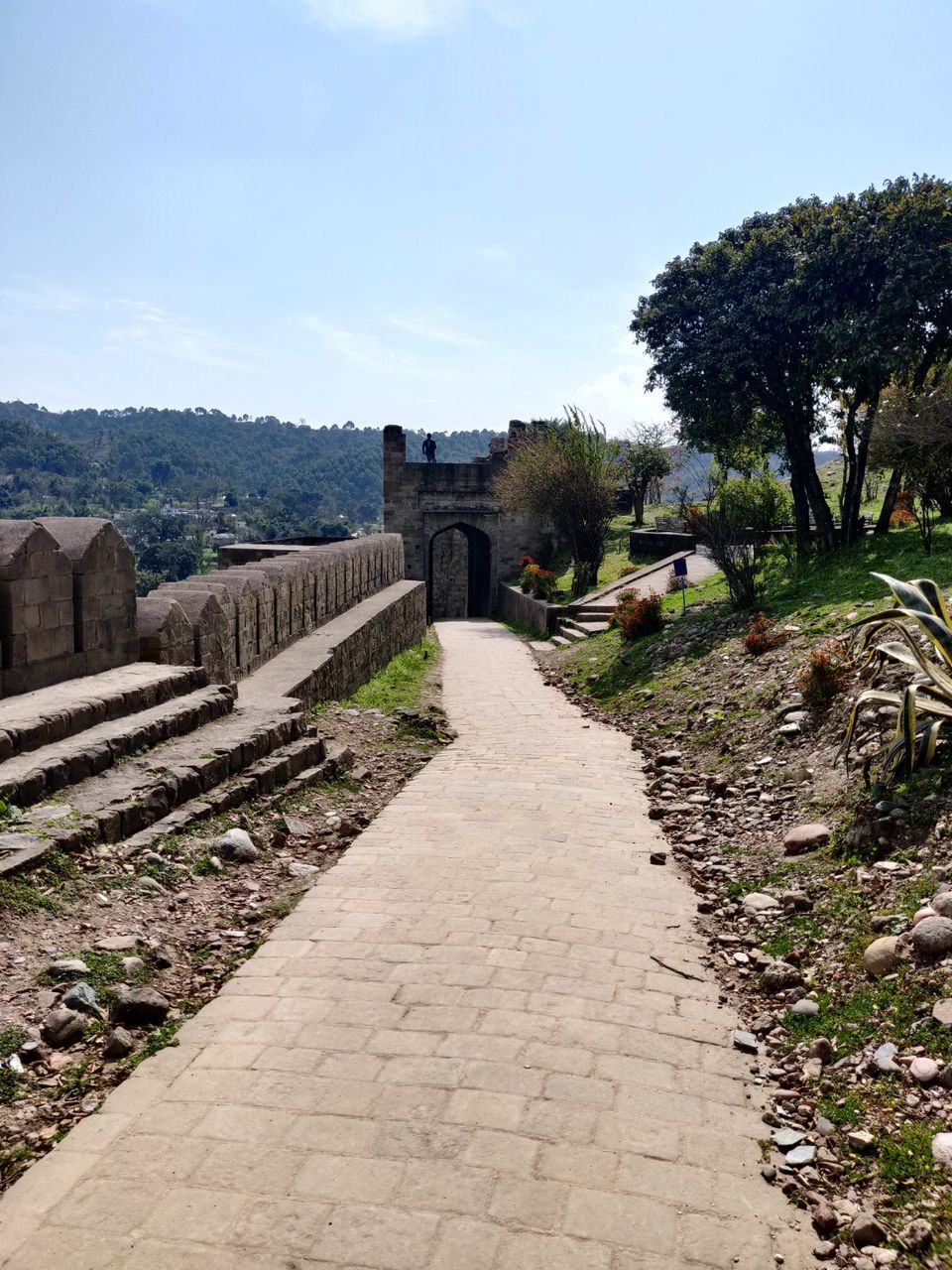 Majestical view of the Fort 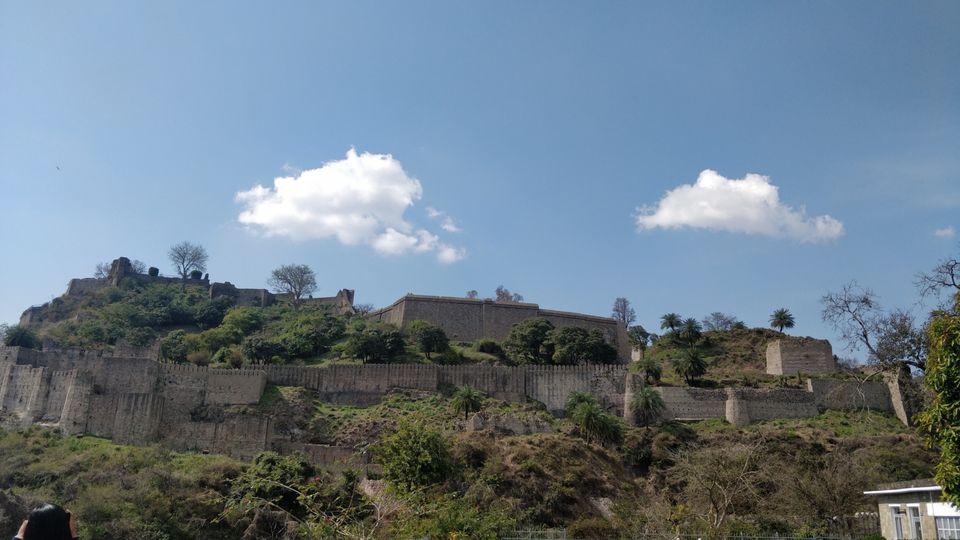 Lying around 25 kilometer to the south of Dharamshala, this is the largest fort in the Himalayan region and is also said to be the oldest fort in India. The fort was built by the Katoch Dynasty, the royal rajputs of Kangra state. The fort was heavily destroyed in the 1905 earthquake of the region, however, its charm still is unmatched. It is said that the fort had 21 wells, splashed with unfathomable quantities of treasure. 8 of these wells were looted by the Sultan of Ghazni whereas 5 more wells were excavated by the British. However, if the legend is to be believed, there are 8 more wells loaded with gold, diamonds and what-not, waiting to be found.

How to reach and what to do

The fort is around 45 minutes ride from Dharamshala and lies on the way to Kangra Airport, which makes it perfect to be visited on the last day of the trip, before hopping on to your return flight. It may take about 2 hours to completely explore the fort. There is a Museum in the adjoining premises, making it a double win for history enthusiasts.

*Tip* - It's very much advisable to wear comfortable footwear and carry at least 1 litres of water considering the little trek one has to do in order to reach the top of the fort. 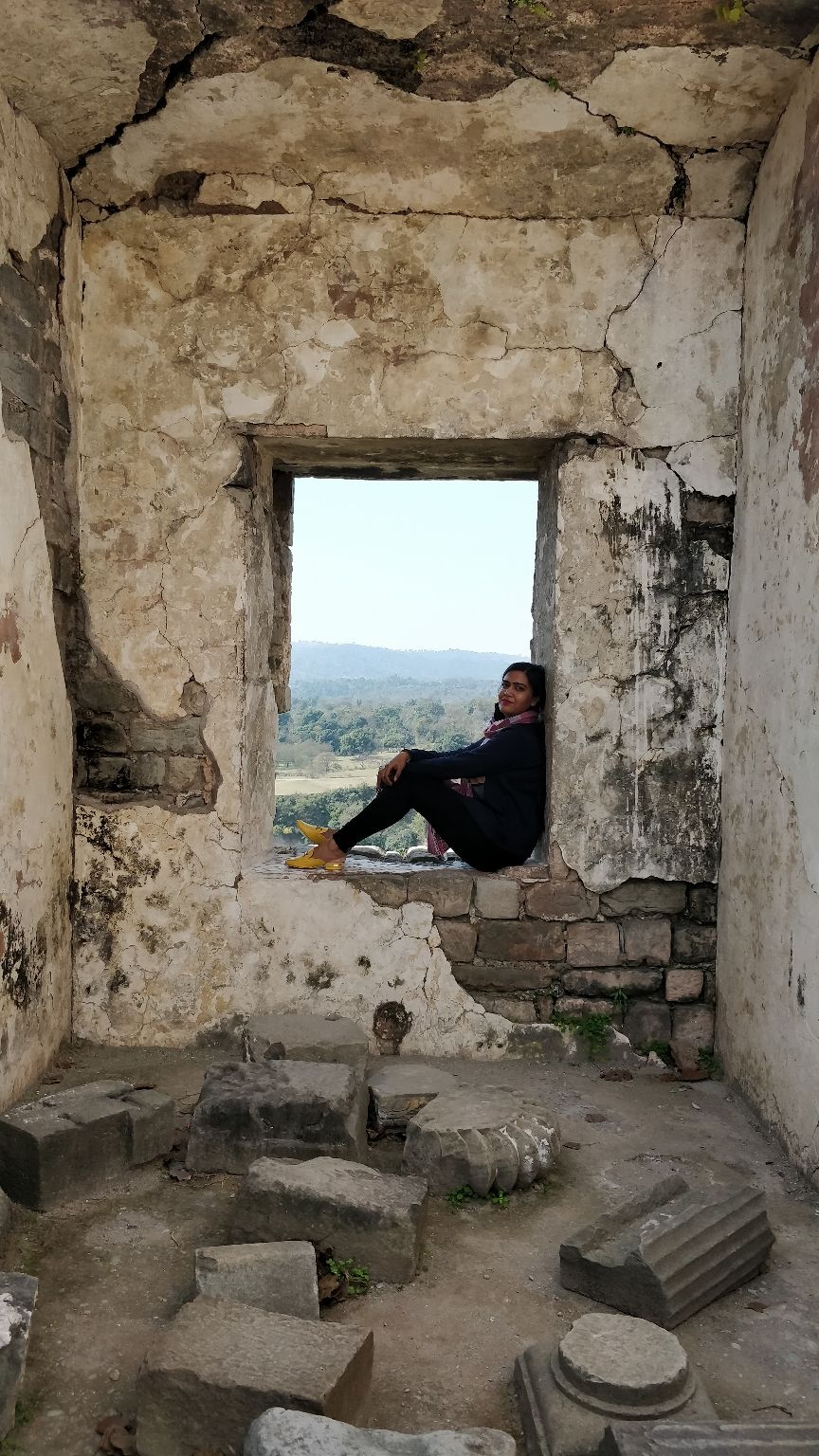 These two destinations added an unforgettable factor to my Dharamshala trip. Posting a few more pictures of the pretty town, because - why not! 😁

Nestled in the laps of Dhauladhar, Dharamshala Airport is arguably the prettiest airport in India 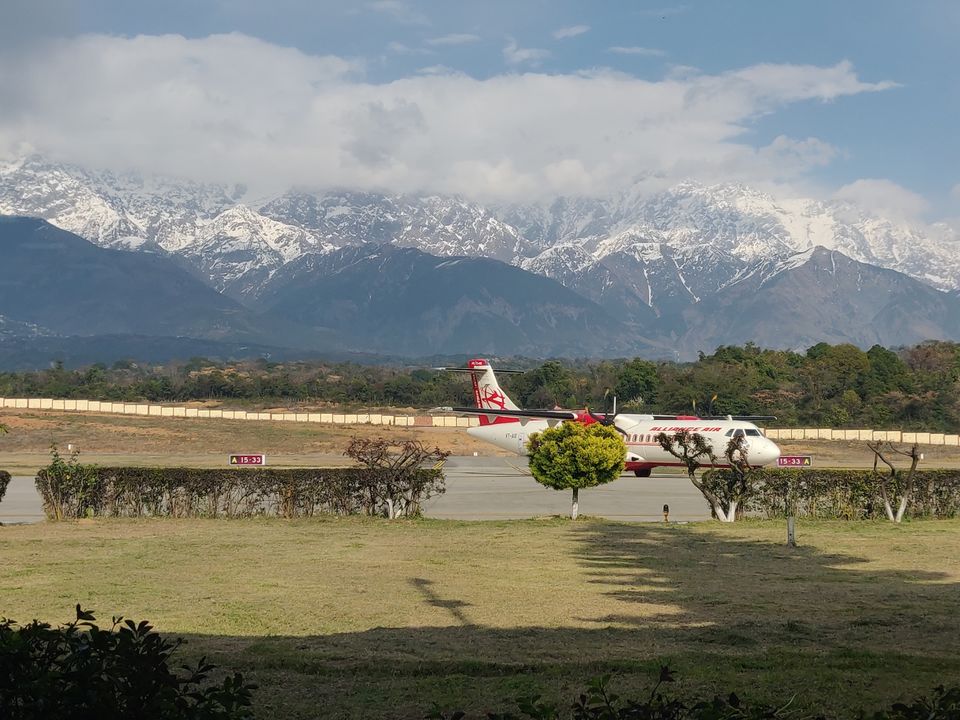 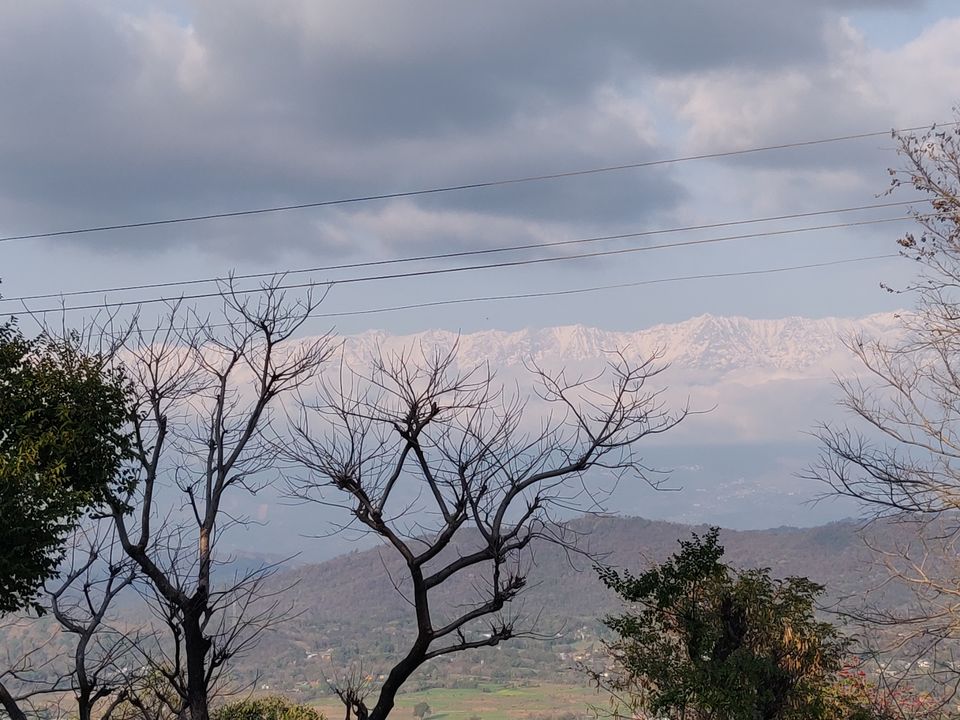 Dharamshala Cricket Stadium, one of the highest sports grounds of the World 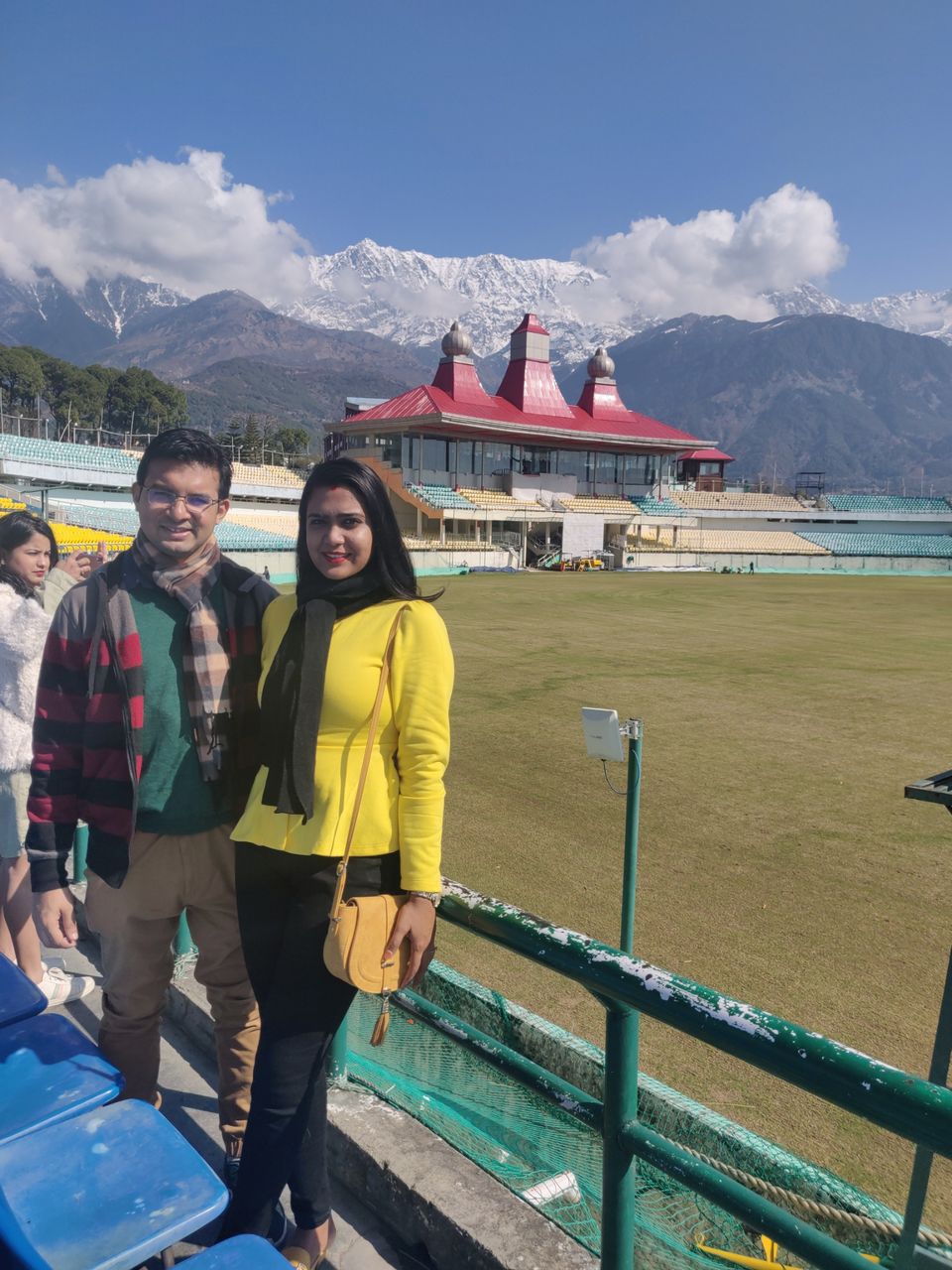