By The Gypsy Soul 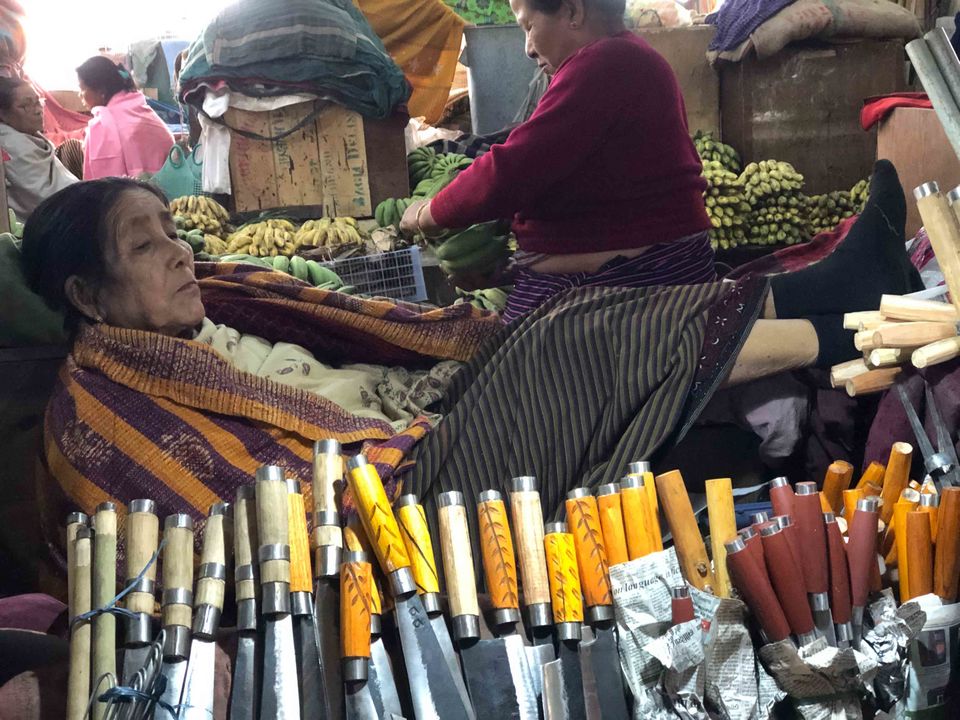 Manipur, one of the beautiful seven sister states of Northeast India. One of the lands less travelled and explored had taken me on a journey that made me feel at home at the first instance itself. Starting from its birds view from the airplane to the road travel, makes you excited for whats more to come.

Want to know what all you can do in Manipur then read:

Coming back to the theme of this post, while I was in Imphal I came to know a few facts which I found to be really interesting and astonishing which I wanted to share with you all . Here they are:

There is a belief that the first king of Kangla, Pakhangba - was a man who could change his body to any form, like animals, and others as he was a powerful God. He was the ruler for Kangla from 1445 - 1405 BC.

Today the dominating religion in Manipur is Hinduism, but before Hinduism became popular there was a religion called Sanamahi in which they worshiped Pakhangba . There is even a temple for the same inside the Kangla fort and thats the only one there.

2. A common townhall and community pond in every village

There are a lot of villages around Imphal. You can easily find one after the other while travelling from Imphal to Moirang to see the Lokatak lake. More than the actual city what grabbed my eye were the houses in the villages. All of them similar to look from far but unique in there own way and most of them had a flowery arch way on their entrance gates which made the houses even more pretty . They just looked so cosy even from outside.

But thats not the fact I am talking about, what I wanted to tell you is that here in Manipur all the villages still follow the custom of having a common Townhall for all the major events of the village . And also there is a community pond in each village.

Also you can still find people(Man, woman or children) taking bath out in the open outside their houses.

During the peak of naxalities problem in Manipur they used to hide in the huts in the Loktak lake. Giving the military a tough time dealing with them.

4. People stay in the Loktak lake

The principal attraction of the state is the Loktak Lake in Bishnupur District which is 48 km from Imphal City and it is the largest freshwater lake in the North-East India. Take a boat ride into the lake and visit the fisherman houses on phumdis (heterogeneous mass of vegetation, soil and organic matter at various stages of decomposition). Have some chai and prawn pakodas in the hut or you can enjoy them in the boat too.

Don't be surprised when you come to know that they actually live there. All the huts get electricity from the solar panels set up for each.

5. Nagas on the hills

Manipur has a lot of hills in and around it. Basically the Manipuris are said to occupy the plain lands and the Nagas are the one's residing on the hills. This is prevalent in all of Manipur.

Black stone pottery - crockery, cutlery, and utensils. It is indigenous to Ukhrul in Manipur. The black stone its made of is only found in Ukhrul and most families of Ukhrul are self-employed in the making of these black pottery items .

7. The palace is supposed to be buried underground

Currently, there are excavations going on the eastern side of the Kangla fort. The archaeologists believe that the actual fort is buried underground in the eastern front and a lot can be discovered once the ruins are excavated. I would not have come to know this if not for our guide Dayarani Devi .

Manipur home to the only floating National Park in the world, the Keibul Lamjao National Park located on the Loktak Lake is the last natural habitat of the "Sangai", the dancing deer of Manipur.

If you are lucky you'll be able to see a deer through the telescope from the hilltop in the national park. It is currently home to 251 Sangais right now.

9. The cemetery is managed by the Olympic committee

The cemetery has 1,600 Commonwealth burials of the Second World War and is maintained by the Commonwealth War Graves Commission. Till date, it keeps the records and pays the caretakers. Even today you'll find white garlands placed on some of the gravestones. They are placed by the descendants of the soldiers who come to visit this cemetery.

10. You can enter Burma through Moreh in Manipur

Did you know that as an Indian citizen you can enter Myanmar on foot, without a visa and just for Rs 20? and if you want to know how to go about everything related to entering Myanmar through Moreh then you have to read 10 Awesome things you have to do on the India, Myanmar border in Manipur.

11. 36 communities which are recognized and 7 which are still not

This was told to me by a local of Manipur. He was from Meitei community. He told us that Manipur has in total 43 communities out of which only 36 are recognized by the government and there are 7 of them which are still unrecognized.

The current game in its modern form originated in Manipur, a northeastern state in India, and was propagated by officers of the British military in the mid 19th century.[4] It is now popular around the world.

The modern game of polo is derived from Manipur, India, where the game was known as 'Sagol Kangjei', 'Kanjai- bazee', or 'Pulu'.[ It was the anglicised form of the last, referring to the wooden ball that was used, which was adopted by the sport in its slow spread to the west.

This is a sprawling 500-year-old market has long been an important meeting ground and trading hub of Manipur. An unique symbol of Manipur's history, Ima Keithel (which translates to 'mother's market') is believed to be the largest all-women market in Asia, and possibly the world.

Only married women are allowed to trade and run the stalls in this multi-ethnic marketplace, a privilege that is passed on from one generation of Manipuri women to the next.

That is all for this post and I am officially done with all the Manipur posts!

Hope you guys liked and enjoyed them as much as I enjoyed writing them. Do subscribe to the blog for more such stories and adventures I have to write about.