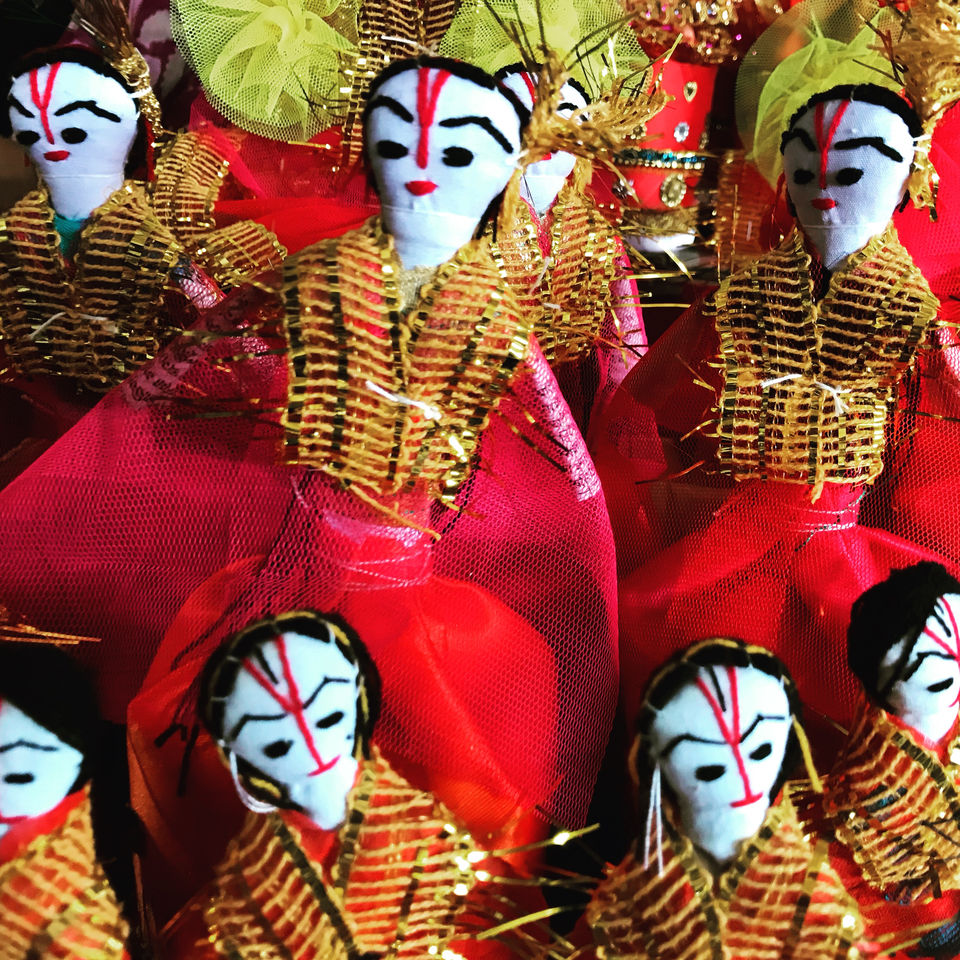 For almost three millennia, the seventy four kings of the Ningthouja dynasty founded by the hallowed Pakhangba ruled Manipur. The end of the nineteenth century saw the advent of the British and with it, the defining trajectory of Manipur’s modern history – first as a theatre of conflict during the Second World War and now, as a state in the north eastern part of the Republic of India. And while today most can only identify the state with insurgency, the Armed Forces Special Powers Act (AFSPA), Irom Sharmila and Mary Kom (in no particular order), it is a beautiful state which grows on you. Its capital (and only city) Imphal is its perfect allegory - at once unimpressive and almost derelict, but dig deeper and you will find an incredibly resilient and warm people, driven by immense pride and a fantastic sense of history and culture.

Go hill walking; immerse yourself in the near-overwhelming mix of smells, sounds and sights at the Ima Keithel or market, run by over four thousand women; sample the oasis of peace, power and history that is the Kangla Fort; remember the fallen at the two war cemeteries; tuck into lip-smacking (and oh so hot!) local cuisine; and marvel at the serene Loktak lake.

Imphal is accessible by air from Guwahati, Kolkata, Agartala and Delhi and other cities in India. International connections exist to Mandalay (of course!). The September to March months are the best times to visit, although it does get cold in December and January. So, if you are looking to sample a part of India still relatively unknown, here’s presenting the essential 48-hour itinerary for your Imphal stopover.

Start your day early with a hill walk

Imphal is surrounded by hills which have served as natural fortifications over millennia. Now, this is where morning walkers head to, for their daily dose of cardio. The city wakes up very early, in part because it sleeps early and in part due to the much-debated single time zone for India. But in more ways than one - and if you can muster the stamina - it is a great way to start your Imphal experience. Head to the Cheirao Ching trail, a little beyond the Legislative Assembly building. There is a proper, albeit slightly steep road up from where walkers park their vehicles to the start of the trail, where also stands a memorial to fallen soldiers. Thereafter climb up is all trail, and good walking or trekking shoes are advisable. The summit affords wonderful, all-round views of both Imphal city and the valley. During Cheiraoba, the Manipuri New Year, people from all over the state come here to climb the hill and offer prayers.

Marvel at the glory of Kangla Fort and, polo! 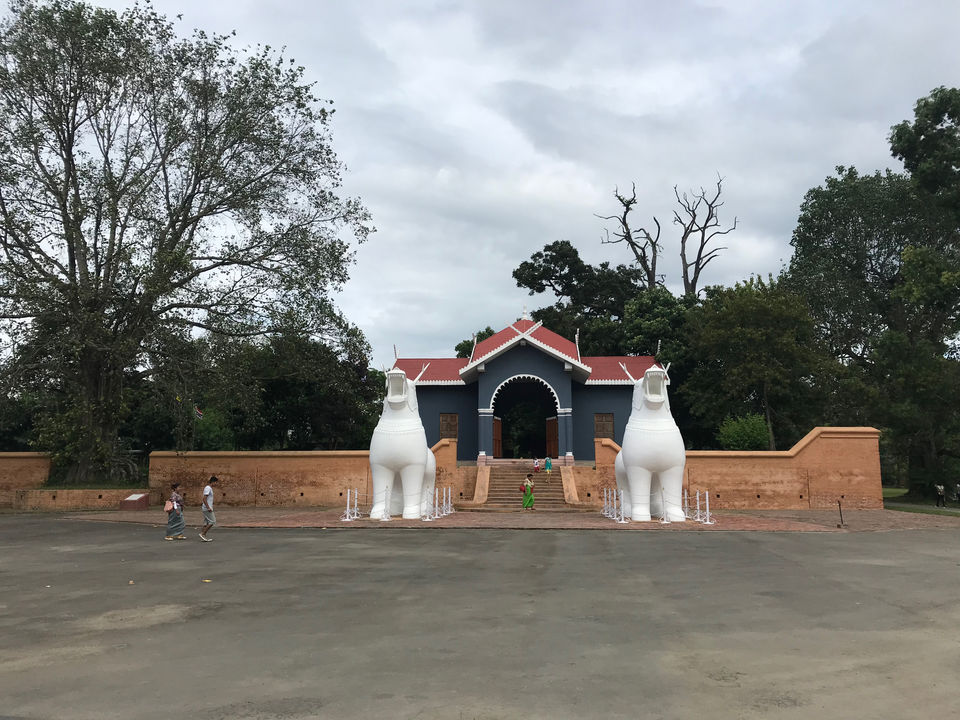 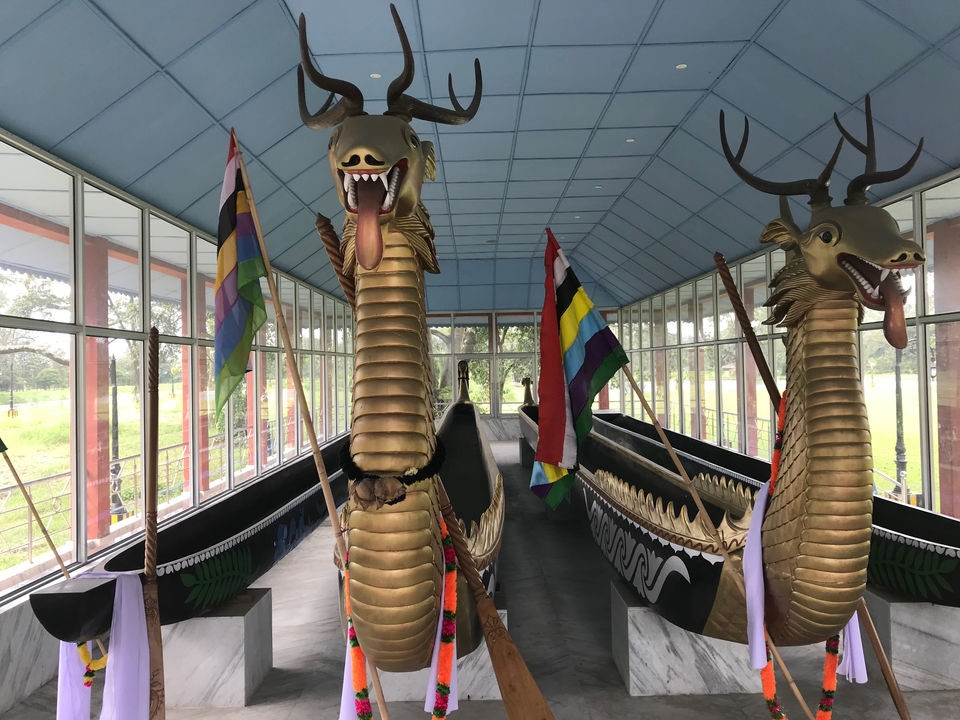 After breakfast, head to the Kangla Fort – the ancient capital and seat of power for Manipur’s kings. When it finally fell to the British in late nineteenth century, it was converted into a cantonment and many of its monuments destroyed. After Indian independence and up until 2004 it served as the barracks of the Assam Rifles. Today the Kangla Fort is a beautiful ode to the Ningthouja dynasty and stands as the state’s most important historical and archaeological site, covering a little over 237 acres against its one-time area of one square mile. Make sure you keep a couple of hours to do reasonable justice to this sacred heart of Manipur. Apart from the ancestral royal palace, burial sites, areas of worship, shrines and moats you should not miss the Nungjeng Pukhri Achouba, a pond believed to be the abode of Lord Pakhangpa, the supreme deity of Manipur; the restored Kangla Shan and Uttara as well as Shri Govindaji Temple; the Nunggoibi site where enemy heads were buried; the Citadel - a fort-like structure deep inside Kangla and the last defensive wall of the Fort; as well as Manung Kangjeibung, a polo ground. Unknown to many, the modern game of polo is derived from Manipur, India, where the game was known as 'Sagol Kangjei', 'Kanjai-bazee', or 'Pulu'. The anglicized form of ‘Pulu’, in reference to the wooden ball that was used, was adopted as its name. The Imphal Polo Ground, outside the Fort is considered the oldest modern polo ground in the world. 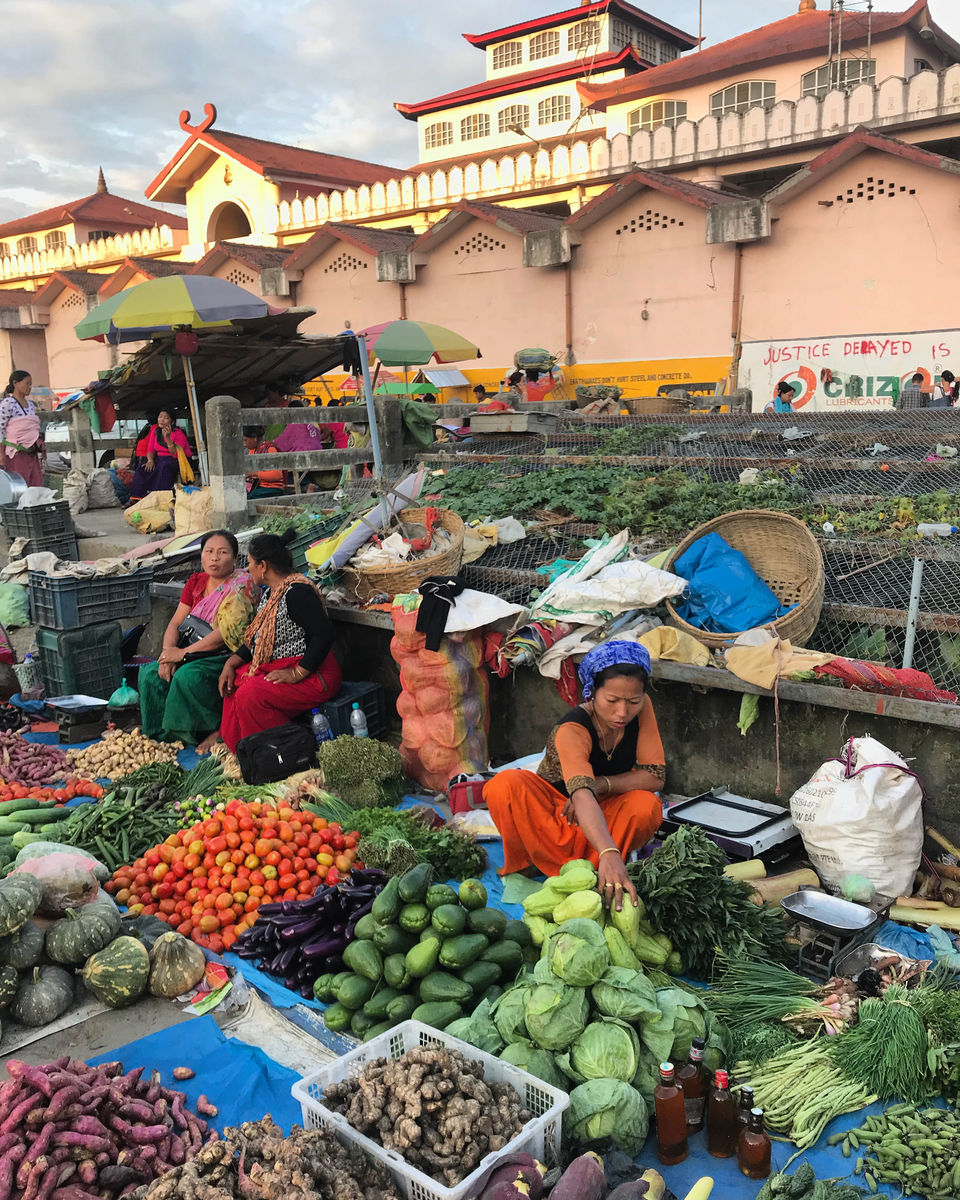 Down the road from Kangla Fort is Ima Keithel, literally translated from Manipuri as ‘mother’s market’ and the world’s only market run entirely by women. Otherwise also known as Khwairamband Bazar, it is over five centuries old and today has over four thousand women shopkeepers. At one point an open market, shops are largely housed in three relatively recently constructed government buildings – one each for groceries, handicrafts and household goods. Opening by around 4 AM and closing by around 7 PM every day, Ima Keithel is a fantastic sensory experience. This is where you can pick up your Manipuri Phanek (or Manipuri sarong), fresh fish and (if you can stomach the heat!) the famous Umorok or king chilli. There is a temple within the market as well, with the deities Ema Emoinu Lairembi and her husband Lairemba. 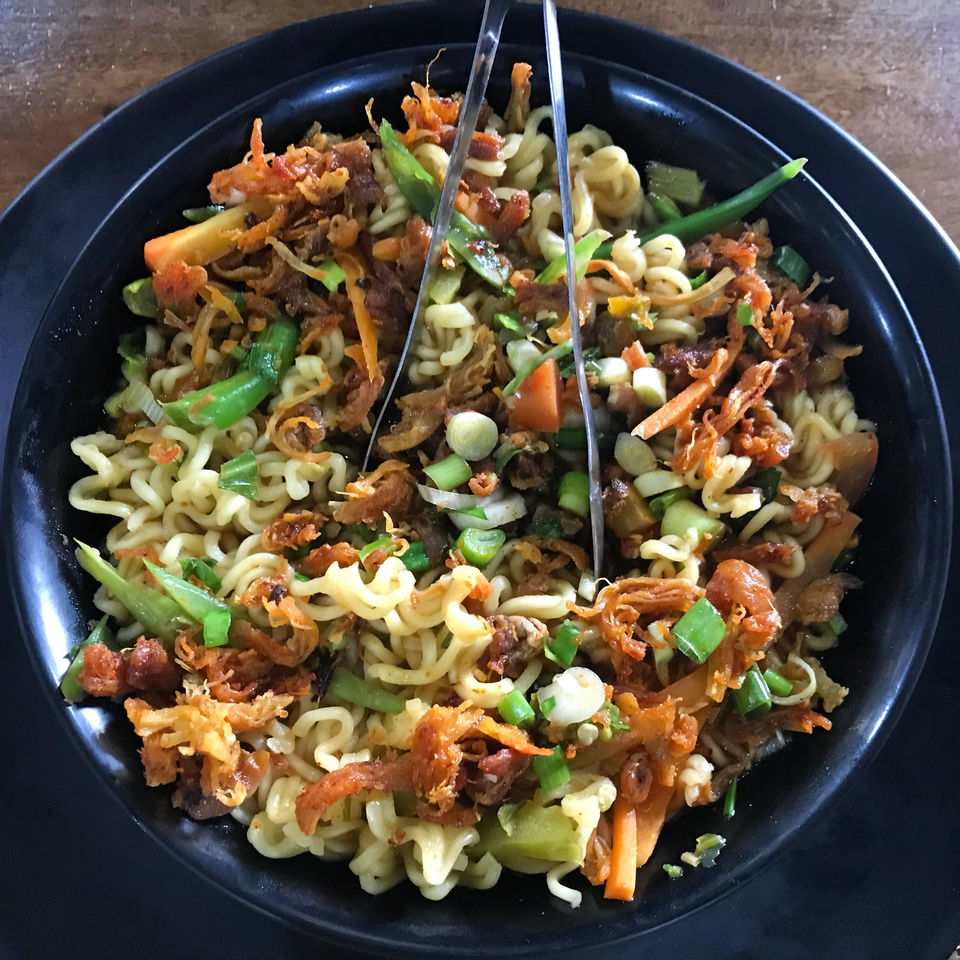 With all that shopping, you would have worked up quite an appetite. Head to the Shosa Kitchen in Sangakpham Chingmeirong for lunch. The beef singju is healthy and yum; the very very spicy chicken ramen is extremely hot and depending on your spice tolerance, you could opt for the chicken ramen instead; and the baked yogurt is not only absolutely delectable, but a great foil to the spicy ramen!

Remember the fallen at the two war cemeteries 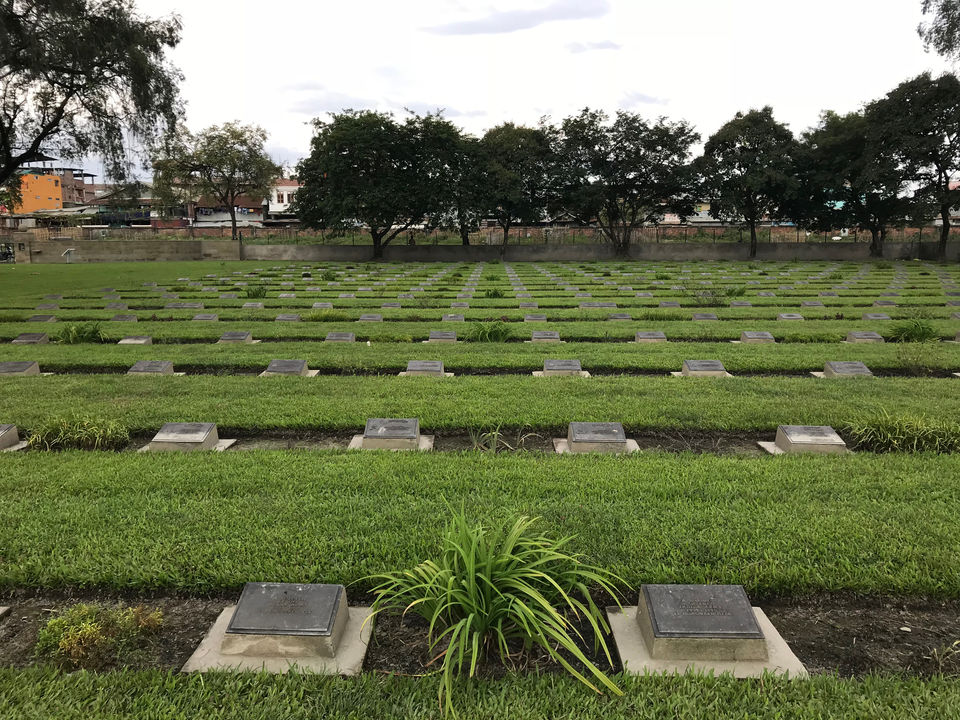 The 1944 Battle of Imphal, together with the simultaneous Battle of Kohima, is recorded as one of the most decisive battles of the Second World War – resulting in the largest defeat to that date in Japanese history. Soldiers of the Commonwealth, the Japanese Empire and the Azad Hind Fauj fought fierce battles in the region around Imphal, whose people found themselves at the center of a war which was not theirs. The Commonwealth War Graves Commission maintains two cemeteries in the city – the Imphal War Cemetery, for Christian soldiers; and the Indian War Cemetery, for soldiers of other faiths. Both of them are quiet, immaculately maintained and in stark contrast to the surrounding neighborhoods. It is a good idea to hire an auto rickshaw, as there is a fair distance between the two.

Dine at the superb Forage 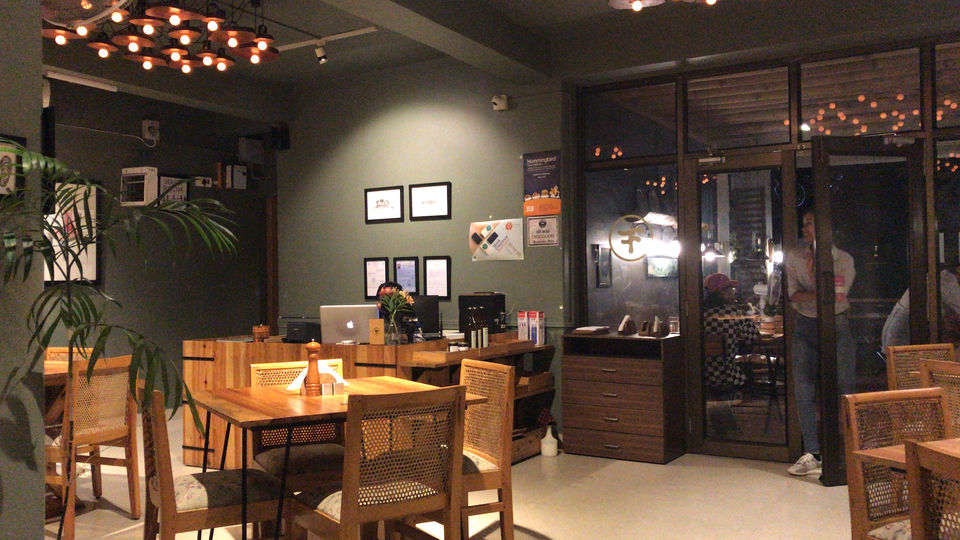 Step into Forage and you could be forgiven for thinking that you are in an upscale neighborhood of Bangalore, Mumbai or Delhi. A wonderful restaurant on one end of DM College Road, it stands out for its ambience - warm décor, easy music – as well as wonderful rendition of both Manipuri and Mediterranean fare, using ingredients sourced locally. Their smoked pork momos (or dumplings), chicken kahathur stew and pasta carbonara are wonderful. And don’t forget to try the kombucha drink – the perfect ending for the first day of your Manipur experience! 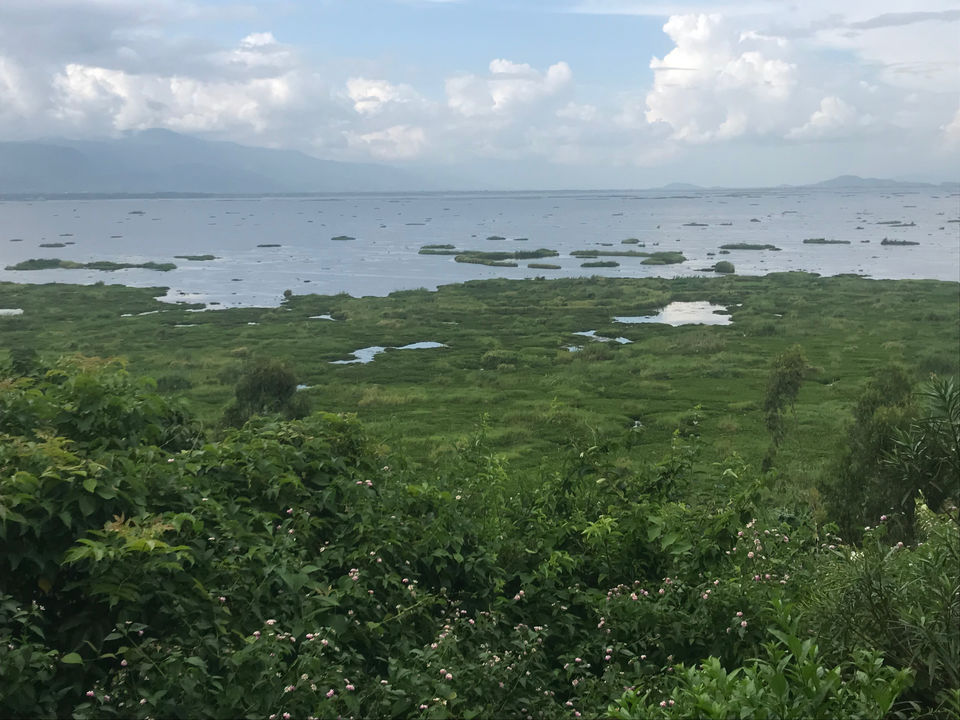 After an early breakfast, take a bus, shared or personal taxi (depending on your budget) down to Moirang. Vehicles from Imphal ply from the Jiribam-Imphal road, close to the intersection near Ima Keithel. The journey is a little over an hour and a half long for a distance of about forty-odd kilometers. Moirang is a nondescript town at the head of Loktak Lake, the largest freshwater lake in north eastern India. Literally translated as the ‘stream at the end’, Loktak Lake is famous for its phumdis or floating masses of vegetation and organic matter, the largest of which has the Keibul Lamjao National Park, the only floating national park in the world and the last natural refuge of the endangered Sangai or brown-antlered deer - Manipur’s state animal.

Loktak Lake plays a vital role in Manipur’s economy service as a source of water for hydropower, irrigation and drinking water supply. It is also a source of livelihood for local fishermen, who create ataphum or phumid-like rings for harvesting fish. You would have seen these rings from the air, as your flight approached the Imphal Airport.

The lake in itself is gorgeous. And a boat ride is a great way of sensing how large it actually is. Its surrounding areas are perfect for exploring by foot or on a bike. And you could also visit the small island of Karang by boat. Taxis ply from Moirang to the Keibul Lamjao National Park as well.

Tuck into traditional Manipuri fare at the Sendra Tourist Home 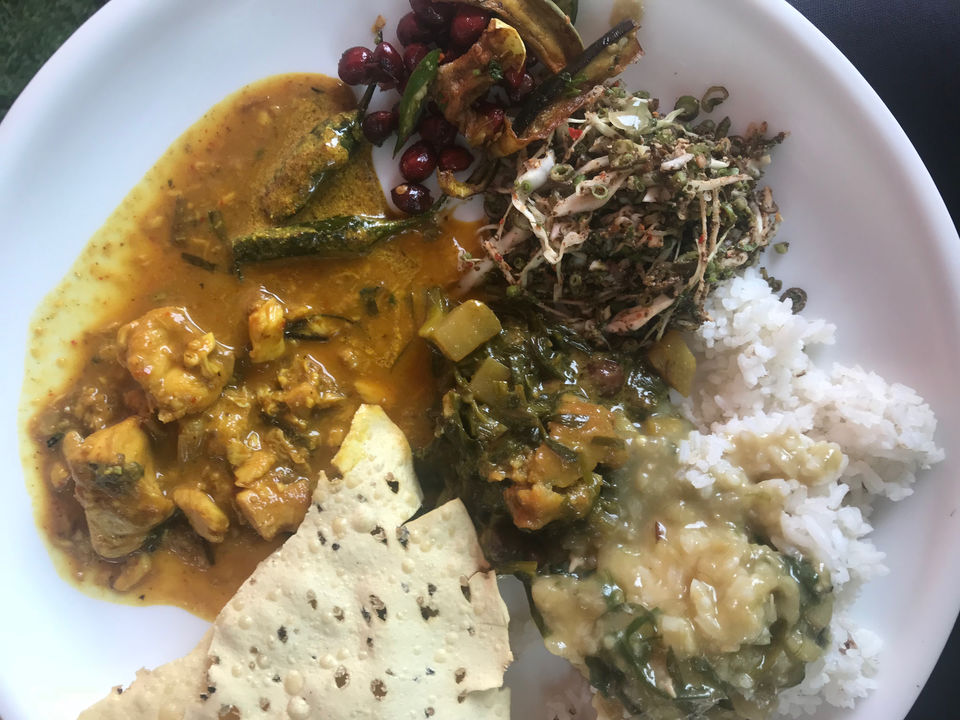 Amongst the phumids on Loktak Lake which offer facilities for visitors are the Sendra and Phubala. The former houses the Sendra Tourist Home, part of the Classic Hotels chain. They dish out an excellent Manipuri spread. Sample singju (a salad with chicken, beef or vegetarian variants), nga-thongba (fish curry), ooti (a typical Manipuri vegetarian dish of white peas and pulses) and the Chahao kheer, a popular black-rice based dessert. The cafeteria itself offers great views of life on the lake.

Soak in a bit of history

At Moirang town is the Indian National Army (INA) or Azad Hind Fauj Museum. Head here after lunch, to view the exhibits which include letters, photographs, badges of ranks and other articles associated with the INA. The museum is of significance to the Indian Freedom Movement, as this is where Netaji Subash Chandra Bose had first hoisted the flag of Azad Hind or Free India, on Indian soil. A bronze statue of him in uniform stands in the lawn.

Kick back and sample street food

All around the Loktak Lake, you will find tea and street food stalls. And if you have time before you head back to Imphal, it’s a great way of getting to know the locals. Sip on a cup of hot sweet black tea, sample the pakoras or batter fried herbs and learn how to eat lotus seeds.

By the time you reach Imphal, it will be time for you to get dinner. And you will be hungry after being on the road! Head to Mellow Casual Resto, a relaxed restaurant with friendly staff on DM College Road offering a mix of cuisines. Try their black eye pork ribs and chicken momos. And wash it all down with a cold coffee, to wrap up your 48 hours in Imphal! 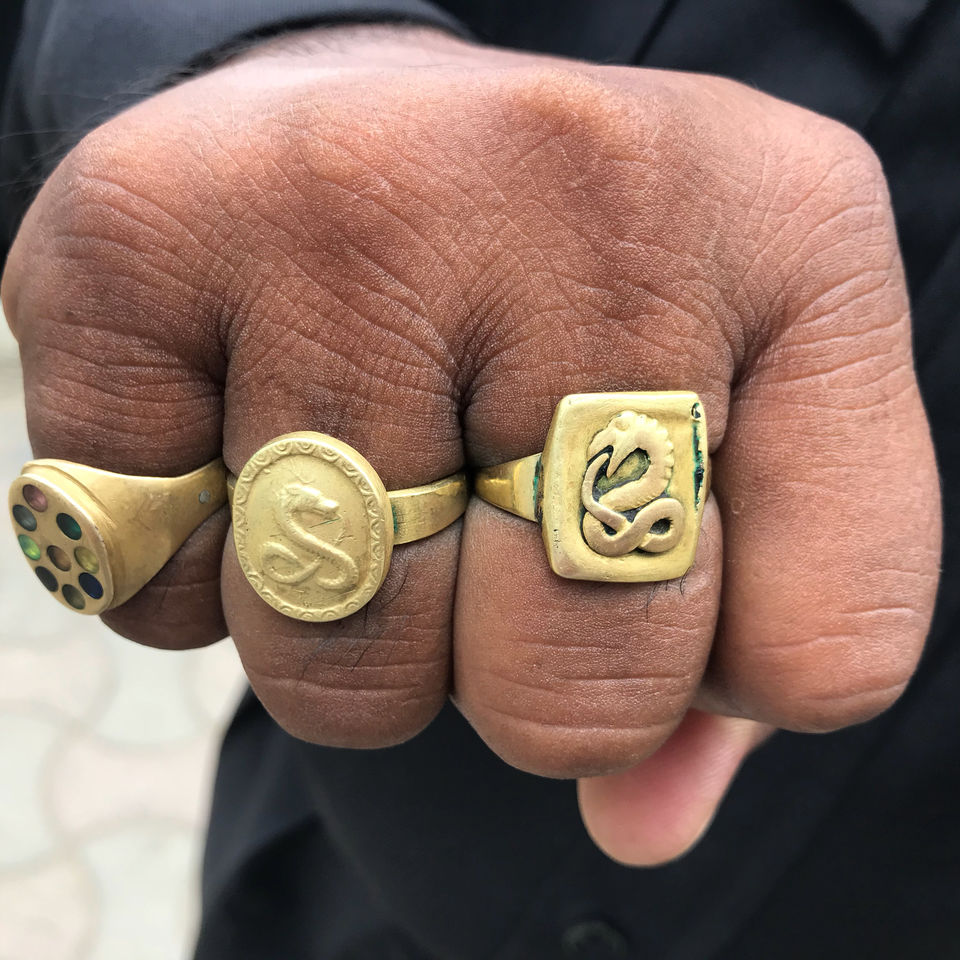