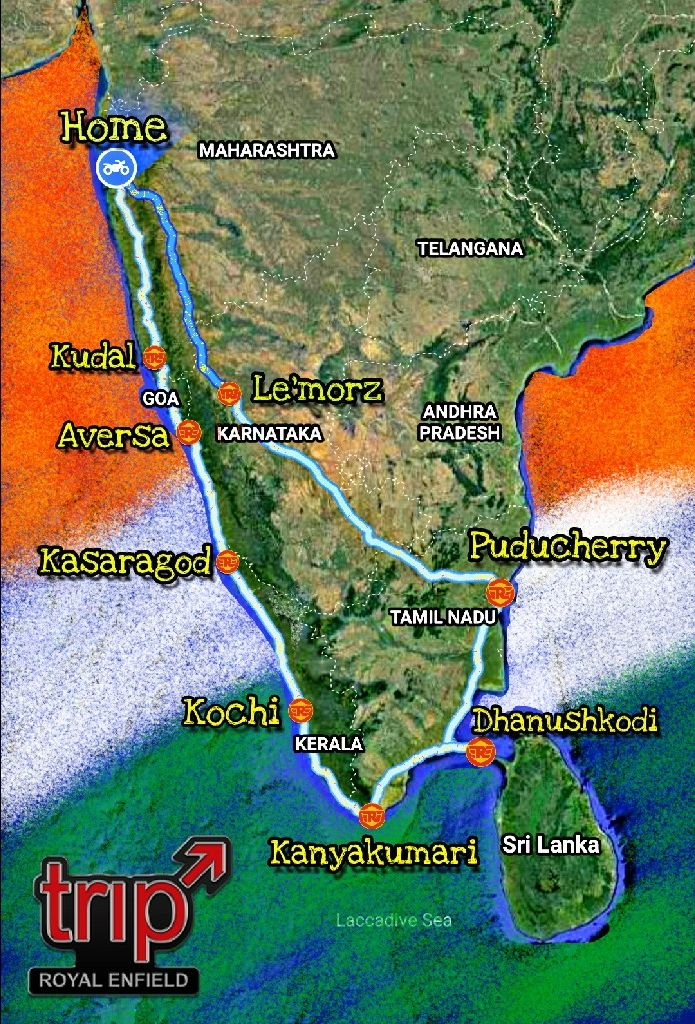 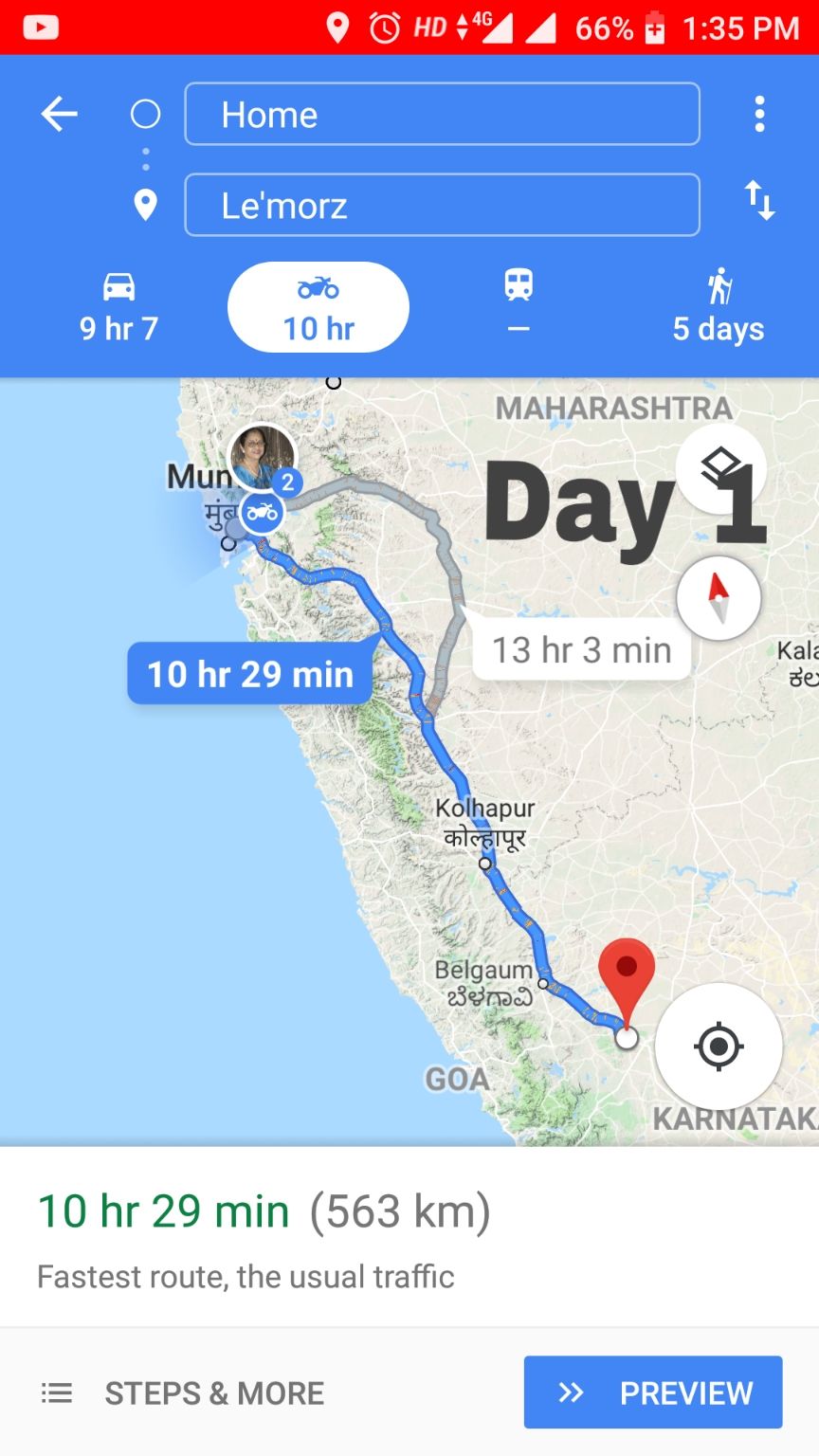 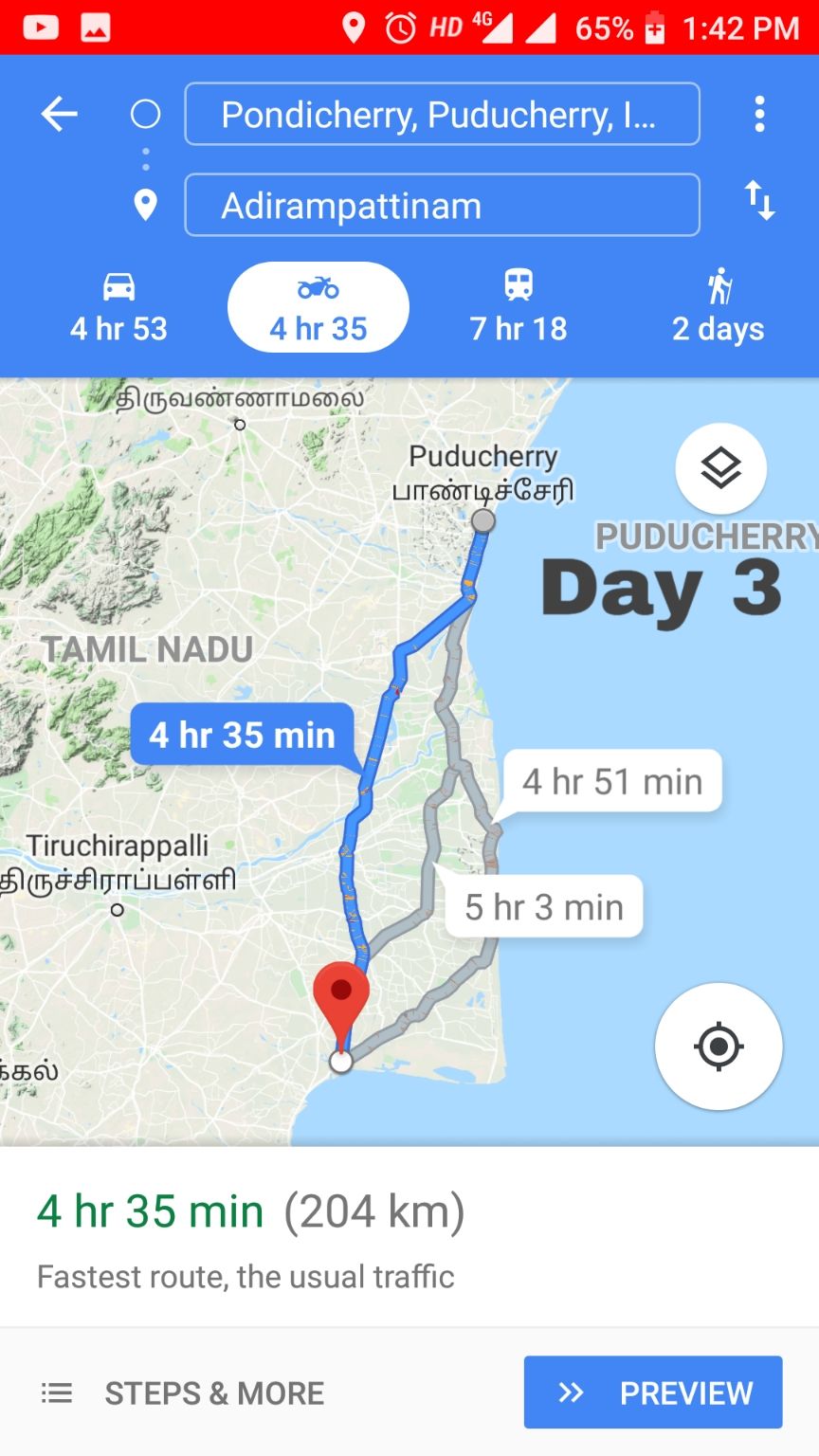 Day 1 of my Mumbai to Kanyakumari Solo Bike ride.
Today's day was tiring but due to excitement still i felt energetic. Started my Ride Sharp at 3:15am with my friends cum rider's. Planned with them yesterday itself and they agreed to cross some distance with me. As they wanted to ride  I just asked them why don't you join with me till wherever you want and from there you can go back and I will move ahead. Kyun ki piche Jana kabhi Maine sikha hi nahi. I was more dicy about them they were about themselves because I didn't want to get late for my ride as I had to travel for 550 kms. But they came on time and I breath a sigh of relief and we began the journey. they are good in their riding skills and all were riding in a line by maintaining proper and safe distance. Since they were to attend  office today they joined me  till lonavala . We stopped at the junction of lonavala and said Adios. Along the way I met many other riders. Felt great. Finally reached the hotel which my friend had suggested but after reaching here I came to know that it has transformed itself into bar and restaurant. I felt 550 km mujhe isne daaru pine bulaya. Mere Mulund me nahi milti Kya.  Then I called him and gave him the great news of the magical transformation. He suggested some more places to rest but upon inquiring all the rooms were full. At one hotel the manager said rooms hai lekin hamara service barabar nahi hai. I thought he was joking then I said why are you sitting here then. Funny isn't it. He said there is a one nice hotel a but ahead. I quickly asked wo kiska he said mere Bhai ka. I started laughing I front of him. Idhar se ye salary kama Raha hai aur yaha k customer Bhai k hotel me bhej Raha hai double income. Solid business minded people live here. I thought to myself. Then  havi no other option  I went there and quickly booked the room. And this is how I m feeling relaxed now. This is the end of Day 1. See u tomorrow for more excitement as tomorrow's distance is more than today's pondicherry more than 700km from Dharwad. See you take care good night. 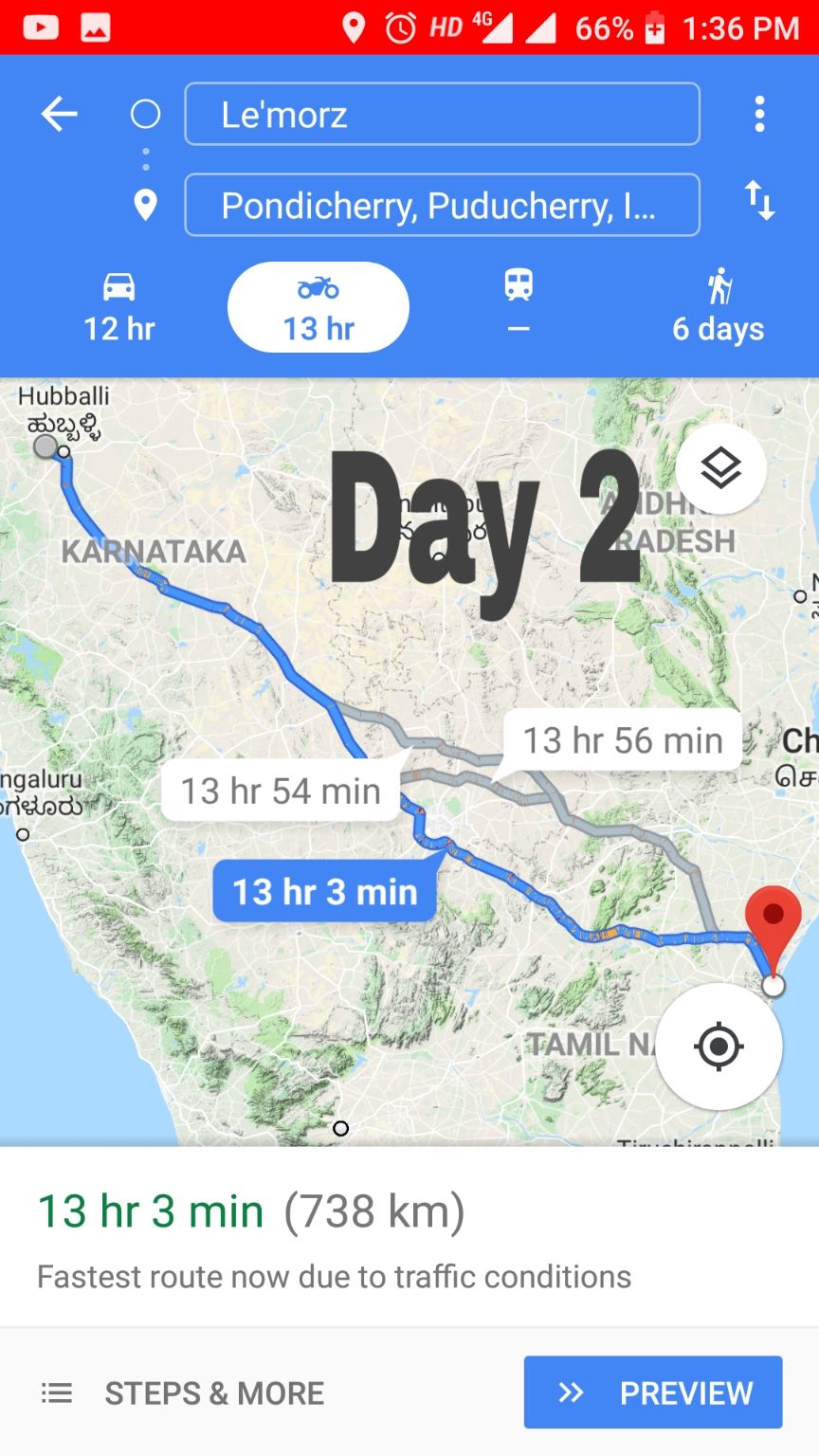 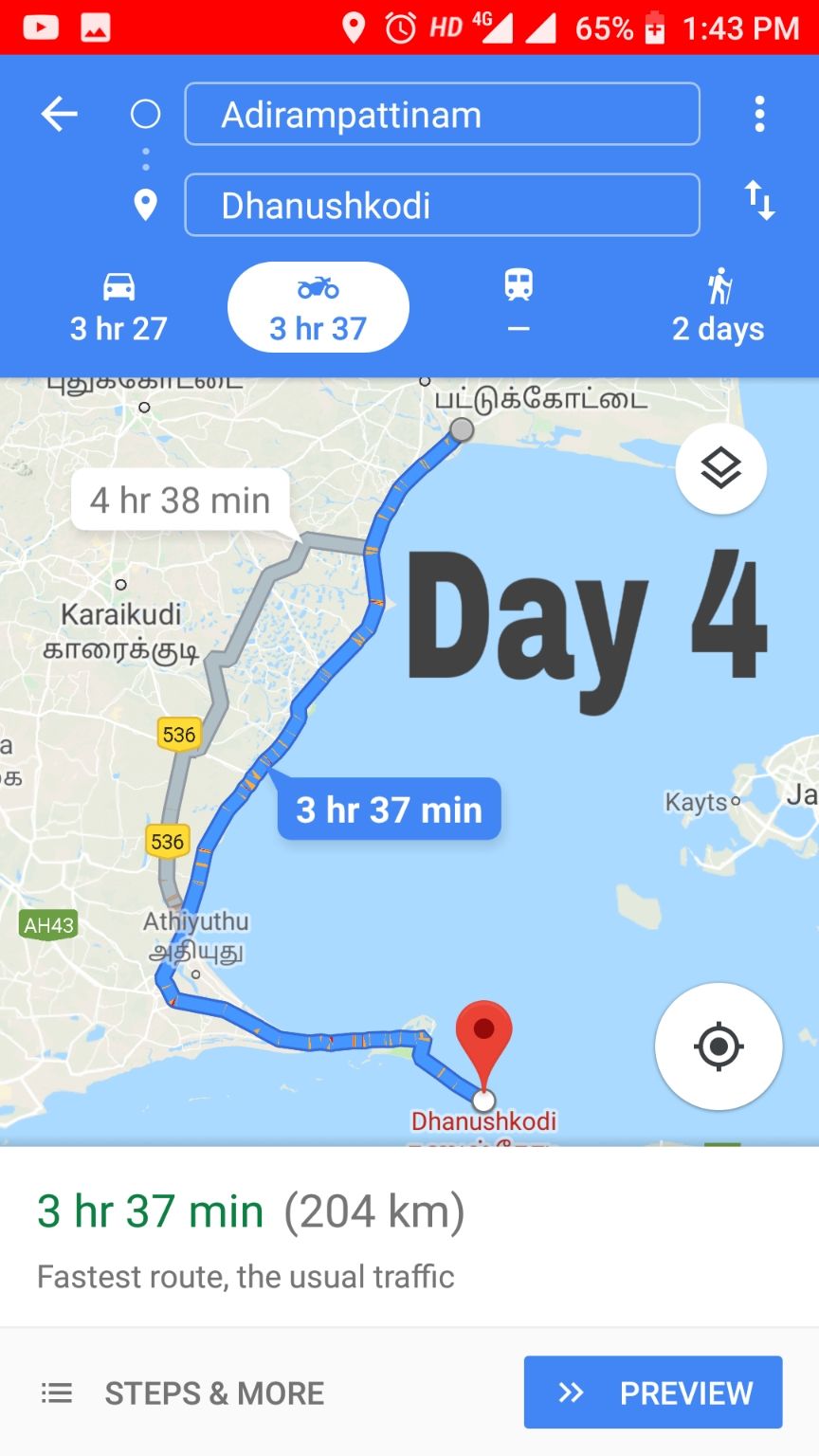 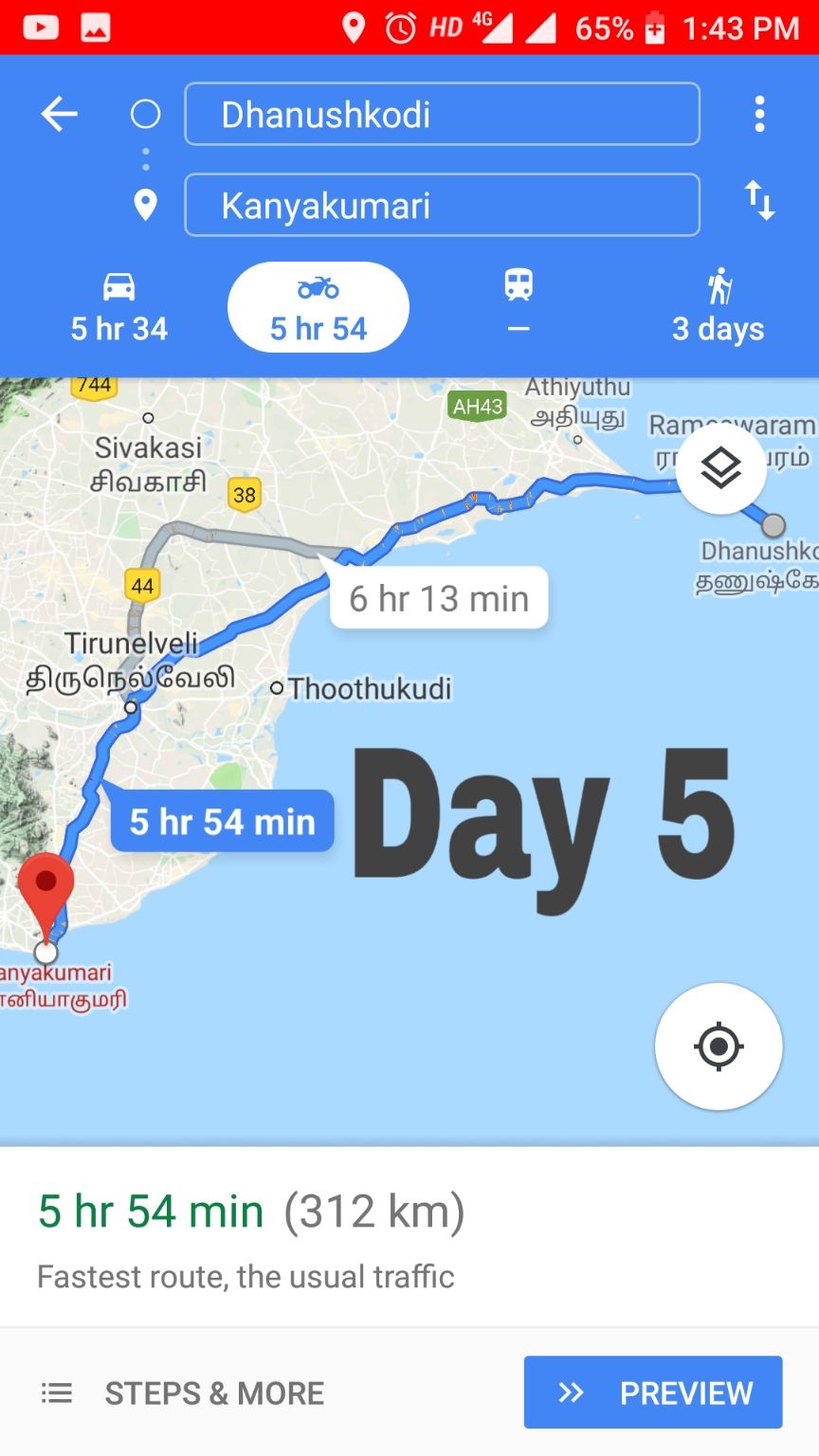 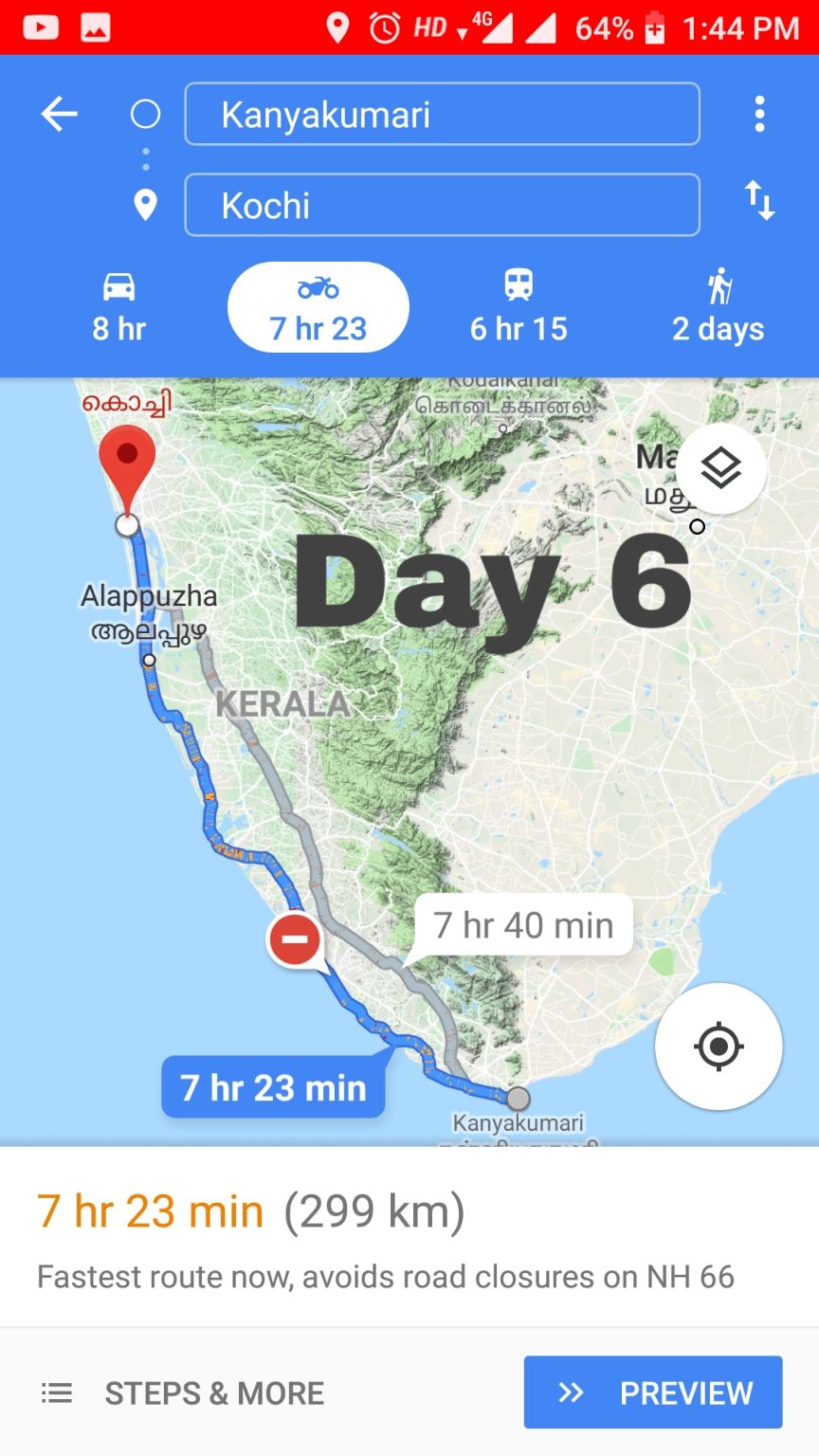