We missed our train.. Almost

A Memory for Lifetime.

We Started return journey to Pune from Delhi this morning.

Unfortunately, could not get the confirmed tickets to Pune. So, we decided on hitchhiking..

as the train starting point was Delhi, we took a metro from Saket to New Delhi Station. Reached around an hour before the train. Had lunch and went to the station to find the train... And it was not to be found. We were so surprised... Only 20 minutes remaining for the train and there is no indication of the platform number. And suddenly, someone came up to ask which train we wanted to board. We showed them the tickets.

We were at a wrong place... Yes.... We were .. just around 16 minutes to remained for the train to leave Old Delhi and we couldn't reach.

Checked on the time table. The train was scheduled to reach Delhi Cantt. Station by 3:48 & leaves by 3:50 pm. The decision was made to try this option and reach the station for boarding the train.

We came out.. asked around for auto.. they said it will take 40 minutes to reach and you won't be able to make it on time.

Checked DMRC app, and decided to take a metro. Entered the metro station, direct ticket wasn't available so, we asked them for tickets to Dhaula Kuan. Which was halfway.

Let me thank those people who chose to back off from the ticket queue so that we could get them first as it was an urgency for us.

So, on the way to Dhaula Kuan we spoke with a local who suggested to book an Ola. It was a good suggestion.

We were about to reach the station when we booked the cab. And it was there As we exited the station.

We sat inside and asked him whether we can make it on time. It was 3:32 pm. And he said, "pyar SE mil jaayegi train... Tension na lo aap."

We were still a bit tensed. He dropped us to the station by 3:47 & we ran to reach the platform. And heard the announcement "Jaipur jaane wali train platform number 1 par pahuchne wali hai".

It was a moment of victory for us... It was hardly around 35 minutes back, we were about to miss our train and now.. we were at the Delhi Cantt station and we saw the train coming towards the platform.

It was really a memory which we can always share when it will be time to share the most thrilling experience while on travel. 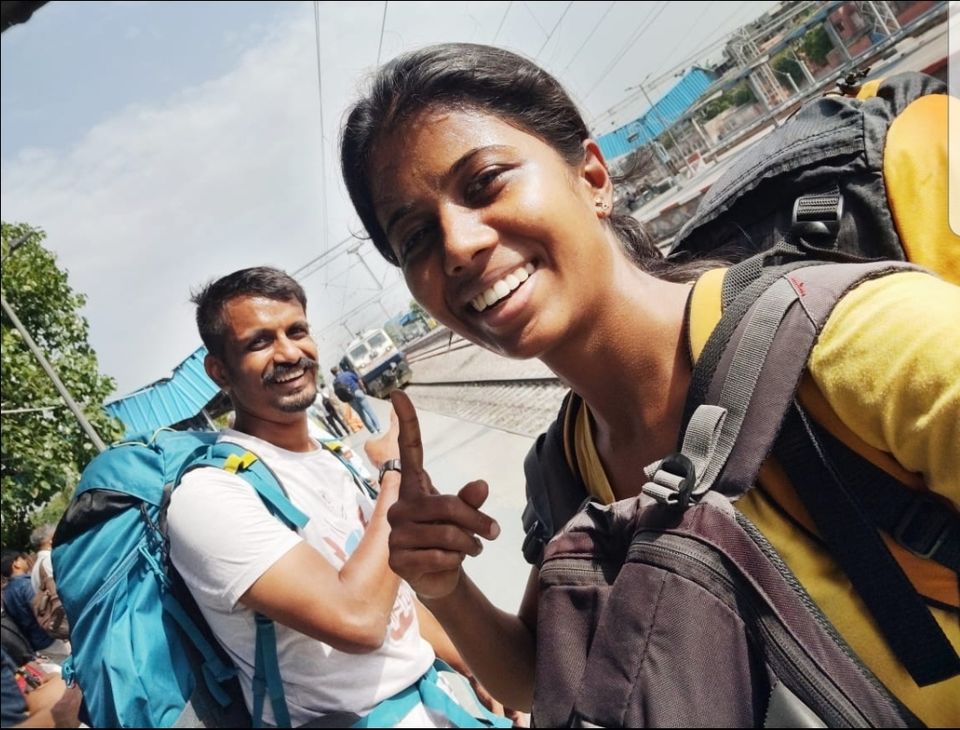