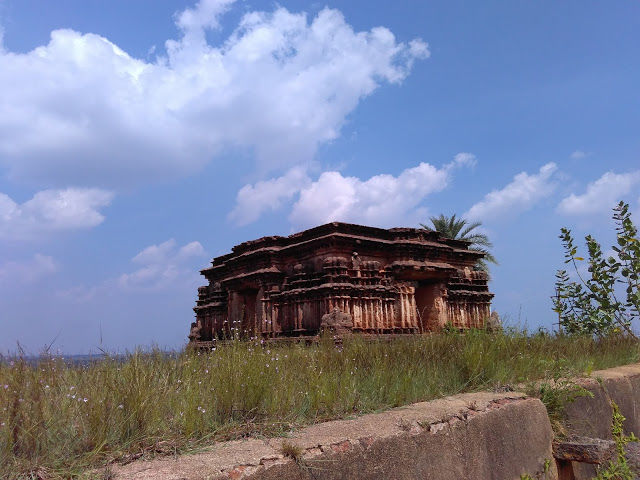 It is not a such a big place to hush around. There are certain things about the little-known place but another website place for the local. There is a vibe about such places which attracts me, I always want to make such places famous by my writing then Forget, This is one of the tries out in that direction, Hope you will enjoy.

It is a place for the quite rock climbers and scenic viewfinders place, the Marked path to the top of the hill makes it easier for the beginners. There is the very good presence of rock climbers in Bangalore. Facts of the Shivagange Hills

It is Hindu Pilgrimage center with many Temples on the way to top. Gavi Gandharveswar, Sri Honnamadevi Temple, Olakal Theertha, Nandi Statue, Patalagange, Agasthya Theertha, Kanva Theertha, Kapila Theertha etc. Ok, This is it, I will not tell about the facts about the place, which are already available in several another website. I will tell you how to see and enjoy the place with a budget in mind.

On a Saturday morning and I started out the day early on 5 AM. I went to the KSRTC Bus stop Majestic in Bangalore. Yes, I live in Bangalore. State Government Bus service is good in Bangalore. It is affordable and the clean and abundant. I got a bus towards the Tumkur Road. After 54 KM from Bangalore, There is a Village mandi called Dabaspete. I got down there and started roaming around the market. I don't know where to go after that and How to go. I have a problem in asking the rickshaw as I knew that a rickshaw in rent can hamper my budget traveling plan, After roaming for half an hour, there is an auto driver calling the passenger for the Shivagange hills. It was a passenger auto and there were more than 10 people in that auto. I was literally sitting on my 1/3rd of the buttock. After half an hour I reached the place, where I want to be. The place is serene and silent. This is just 50 KM from the city and feels like I am in Forest.

Here start the real Journey of the Shivagange Hills. There is a temple at the foothills of the mountain. After passing the temple, there are carved stone stairs for some distance, In the path to the top of the hill, there is a huge Shiva Parvathi Statue.

From the Statue to the top of the mountain, the path is little steep and very little support for the climb. The path is so narrow that, two-person can't pass at the same time, as I have already traveled much, I was so tired. But more than that I was excited to see the view from the top. Finally, I have reached the top of the hills. There are a quite a few audiences to admire the beauty of Shivagange Hills I have traveled all the temples, including the patalagange. Locals believed that one can find the water inside the cave only he or she does not have any bad deeds. Luckily I can feel the water. There is a circle around the temple inside the cave. Everyone has to move by sitting only. It was an awesome experience. The view from the top of the Mountain is so cool and worth of such steep rock climbing. One can see the miles from the top of the Hills as it is out of the town and there is no other mountain surrounding it. It has a very large plain filled with lush green. There is not much to explore. The Nandi statue is so crowded with photogenic people. I had taken some selfies at the Nandi statue. There is not much to explore. It did not take much time to explore the places up in the hills.

I came back to the basement temple. The time is around 1:00 PM. I had my lunch at the temple free of cost. Lunch was very good. Everyone should try the Lunch at the temple. Surprisingly no locals came to the temple for the lunch. After waiting for some time I started walking out of the village, As there is no Autos, which will go to the highway. Finally got the Auto and came back to the Dobaspete. From there I got a KSRTC bus to Majestic. That brings to the end of my journey to Shivagange Hills.

Hope all the readers will get benefit from the Blog and visit the Shivagange Hills.