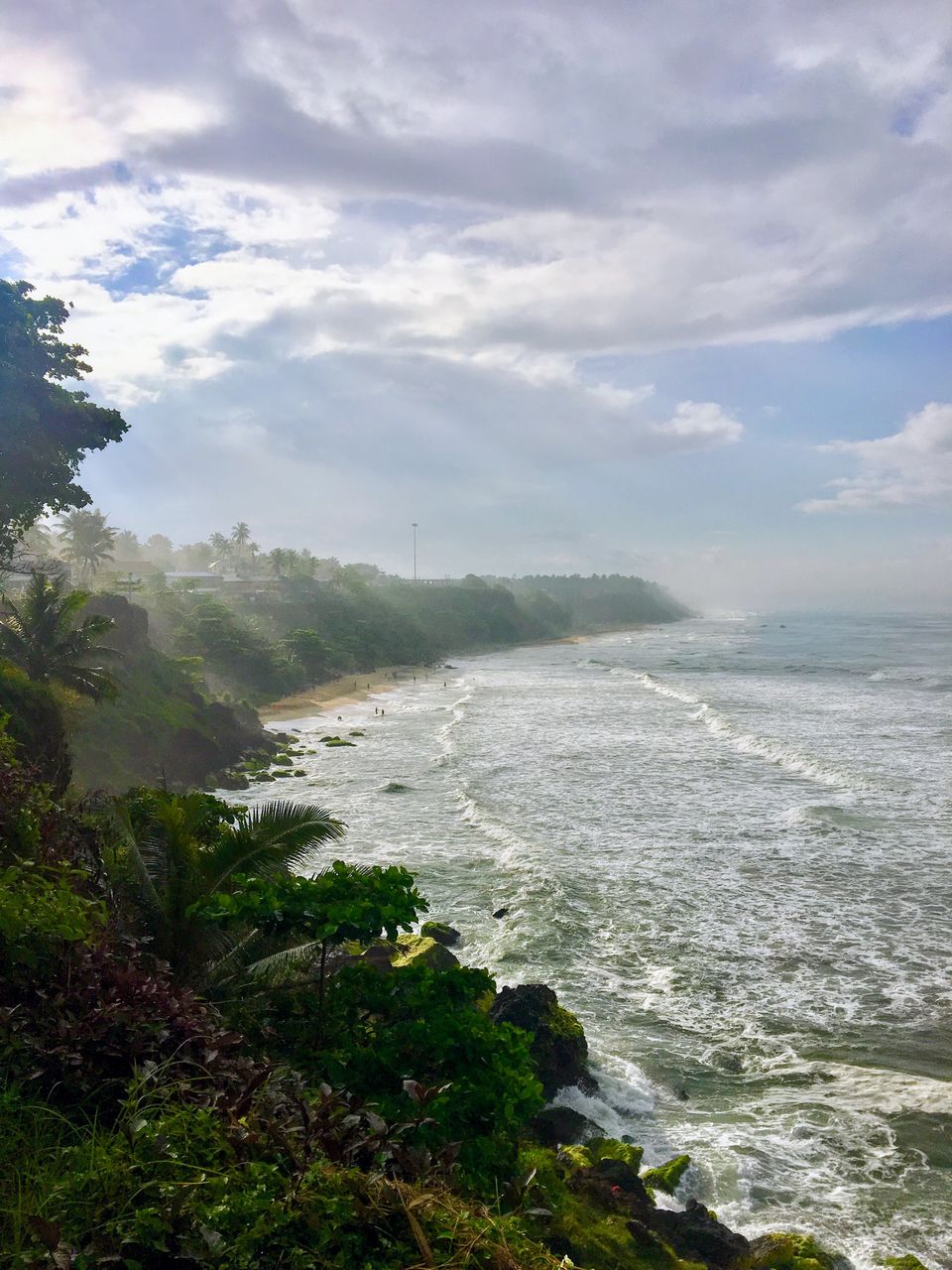 Just 2 days before it struck to me that, the coming weekend will be a long weekend and the thought of wasting my time in bengaluru made me say yes to a plan of Varkala. With no idea about what to expect there, 29th early morning we left for Varkala and it took us around 12 hours to reach there (oh boy!! I should actually think before saying yes to any mode of transportation #motionsickness) we checked in , it was around 6pm the sun was about to set , we rushed to the nearest shack had our snacks with the prefect view of the sunset. we roam the side of the entire cliff then went to a restaurant for the dinner.

There is something in the air in Varkala. It exist in its own bubble disconnected from the frenzy of the city. Varkala is the only place I've been to where cliffs are found adjacent to the Sea. These cliffs are a unique feature on the otherwise flat Kerala coast. There are numerous spas, shacks, and beach resorts on the sides of these cliffs.

We woke up and went to the black beach. As soon as we reached there, the entire beach had not more than 10 people, it felt like we own the place. I think thats the best thing about varkala its not so crowded that you'll get lost and not empty that you'll feel like an alien there. we booked scooty for two days to roam inside the city. There are many light houses near varkala one in kollam i.e. 30 kms away , the other one was in Kovallam i.e. around 65kms far and many more. we decided to go to kollam one. The ride to Kollam is along the costal line so on the one side you have mesmerizing view of the sea and the other side is this small beautiful houses that make me think why do I live in this big crowded city where nobody knows no one when I could live someplace like this. we reached kollam went to the top of the light house from up there everything was so beautiful this small colorful boats filled in the ocean just made me remember that nursery school rhyme that I used to sing. "row row row your boat gently down the stream ..."

From top of the light house we saw this big ship was docked, so we went there . It was a maintenance ship we went inside and there was a guy who gave us the tour of the ship. It was super awesome, it was the first time I ever stepped on to a ship.

Then we came back to Varkala on the way back we stopped somewhere when the sun was setting. The setting sun makes me wonder how productive that day was and sometimes it makes me realize that today is passed and I wont get it back whatever I do.

We had dinner in Varkala, the restaurant had live music the people were awesome. It was a great end to a great day.

Today we went to the Varkala beach it was bigger than the black beach. The day has begun and all the fisherman were back from the sea with there hunting. Amidst all the chaos they were busy with there work . We went to golden island also known as Ponnumthuruthu island to reach there you have to get boat you can either take a boat with engine one or the canoeing one. I would suggest go for canoeing one. the entire ride to the golden beach I felt like I was in some movie where a boat rower rows the boat on the still water with both sides filled with trees. I did not know the place like this exist for real. (Before this I only been to Bangalore's monsoon backwaters. you'll get it if you are from Bangalore.)

we came back from there and then we just chill through the day, went to a restaurant picked up a book and kept ordering food and with the prefect view I just sat there.

The next day we left for Bangalore. I always thought that I was more of a mountain person and had come across the awesome place like this, makes me wonder why and how people chooses either one of them "mountain person" or "beach person".