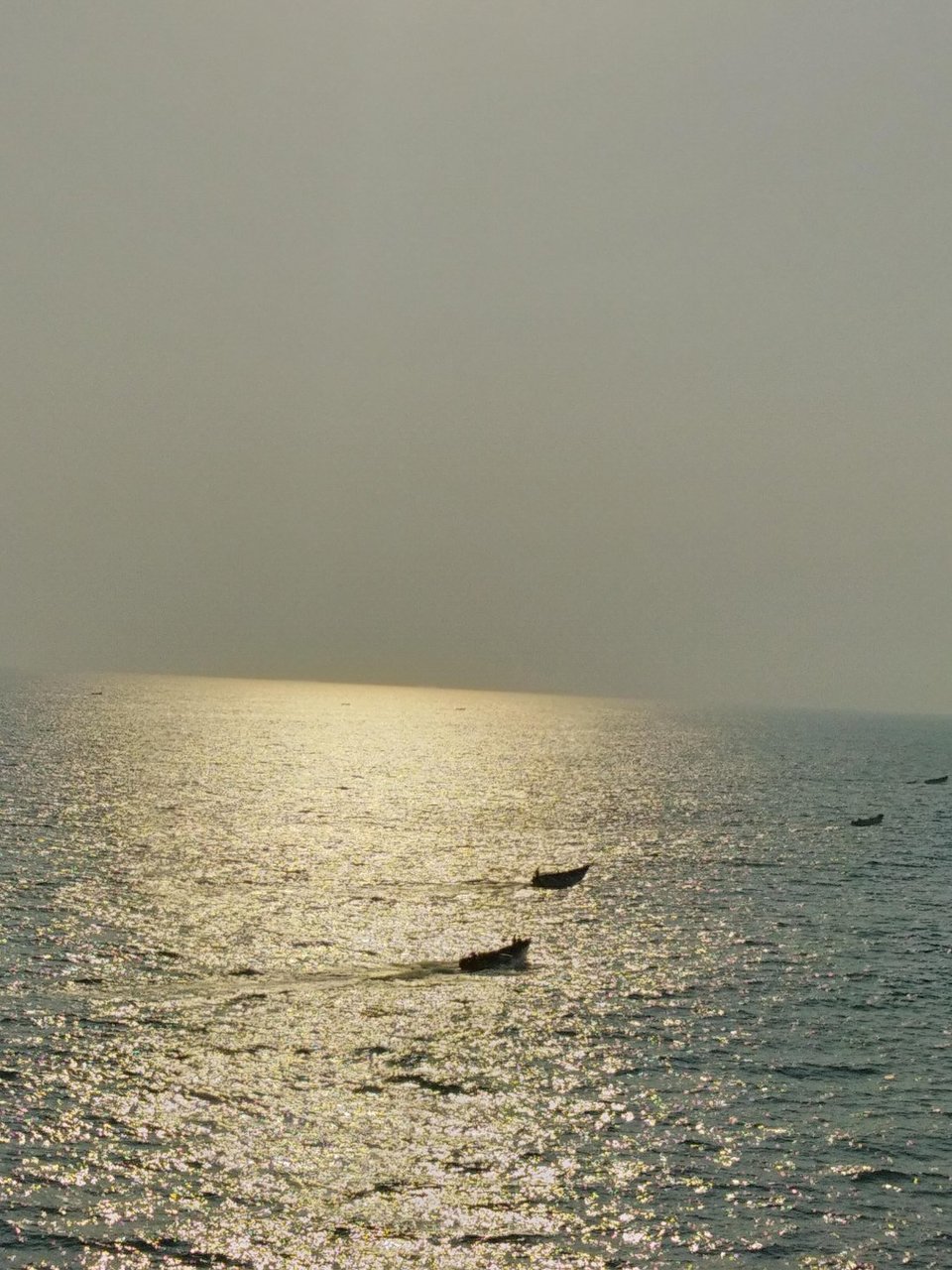 I have read about Capri, about Maugham's hero who was completely engulfed by the charm of the moonlit night at the cliff at Capri. I could never relate to the feelings of Maugham's hero till I visited Varkala. This post is obviously not about Capri of Italy but of Varkala in the state of Kerala in Southern India.

Flight to Thiruvananthapuram, and from there one and half hour.

I was in a week's tour to Kerala, where I had plan to cover most of the tourist destinations. Kerala is such a place where variety has left its definite mark. There's a perfect combination of waterbodies and mountains and when it was my turn of selecting the beaches it comes to mind is the most popular one-Kovalam. As it was already visited I was searching for something more unique, and this landed me to Varkala, rightly suggested by one of my friend.

When we entered the city it was a big town with all the hustle and bustle and I was quiet disappointed. At one point just after the jostling railway station a very small board pointed the beach at 2 kms and the straight way directed towards the cliff. The way to the cliff is very narrow, winding and difficult to get in with a sedan or SUV. Finally reached the destination -the Clafouti Resort that offered us a cute little cottage jus in front of the sea.

After check-in I went to explore the resort and when I reached the open air restaurant overlooking the sea. That was the first time I realized the vastness of an ocean. I was standing jus on top of the cliff and there was water on the three sides...the vastness was engulfing, the emptiness filled the heart and mind and I could only breath peace.

Jus a few steps ahead was the OM shaped cliff beach. The beach is also called paapnashanam beach and holds a very high position among Hindus as its believed to wash away all the sin if one takes a bath in that holy beach. A narrow and steep rocky stair led me to the white sandy beach, the waves were very gentle, the sand was soft and it was a fun to take a stroll there.

I returned during sunset to the restaurant and perhaps one of the best sunset of my life. I ordered some freshly brewed ice-tea,vast Arabian Sea and the setting sun in the backdrop. It seemed that some magician has sprinkled some golden haze and that is filtering into land and water converting them to gold. It was so serene, so blessed and so enthralling that I could relate myself to Maugham's hero, perhaps I was too drugged with some fruit like the Lotos-eater, to me that was heaven and it was peaceful and may all my afternoon be so blissful.

Slowly night set in, and after pounding to some crab and prawn reurned to the room.

The morning was equally fascinating. I took a walk along the path above the cliff adjacent to the sea, fishermen returning after there night hunt, some indulging in yoga on the beach, some are into some therapies of traditional Kerala medicines, and the other side was souvenir shops and restaurants.

That was a complete day rest for me, with some local sightseeing of the place like the temples and islands. Jatayu island is one of the main attractions that the place offers. But backpackers cant never rest, though a bit far of 2 hrs drive I went to explore the backwaters of Poovar.

The next day morning I dipped into the holy water hoping for some blessings. And then moved towards my next destination - Alleppey.

A wanderlust soul in pursuit of happiness in nature... this is no account of a blogger but an initiative to share my travel experiences... View all posts by thousandmilesahead