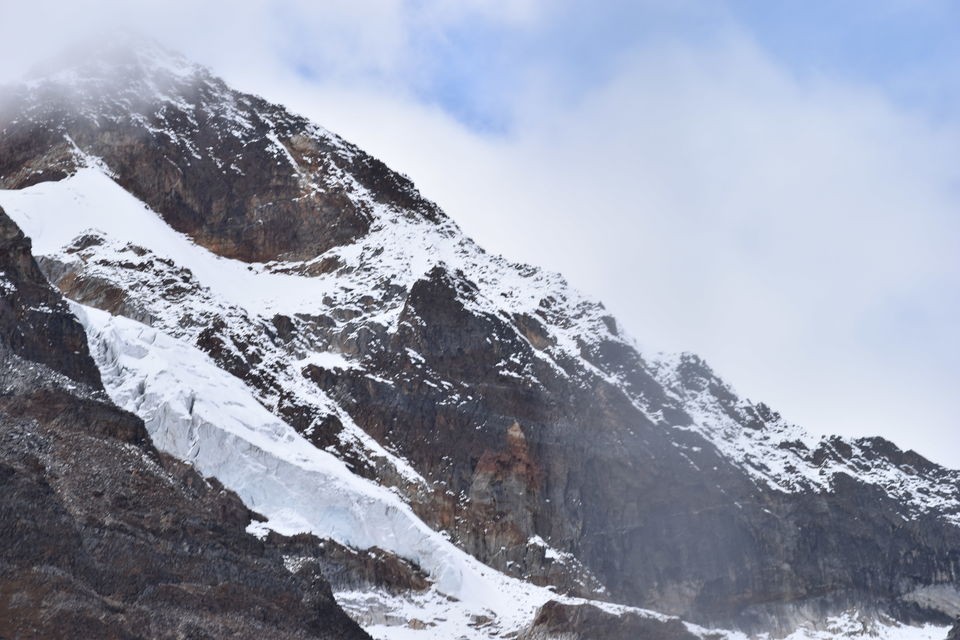 Amidst the never ending work, finally I cared to notice the upcoming puja break in the city of joy . I started to think about the gateway to escape the mundane activities and take the break I needed and the mind and heart struck on “Sikkim’’, which was a promise made to self while watching the craziest web series” TVF TRIPLINGS – SEASON -2”. As usually I completed my research about the place ,made the bookings and packed my bag and went to office , while I already reached the place in my mind .

It was 6 :00 pm, while I was still waiting for the cab as the bus was 7:00pm I tried hard only to miss it ,and end up in other bus which eventually screwed up my plan for day 1 and ended up reaching at 11 pm in gangtok instead of 1pm . A bad beginning is the pathway to great memories indeed and it turned out to be true when I started my journey towards east Sikkim and reached Nathula pass, located at an altitude of 14,140 feet and 56kms from Gangtok, Nathula Pass was the place through which the famous Silk Route used to operate until 1962. This used to be the silk trade route between India and Tibet. The fenced Indo-China border is also few meters away and you can see both Indian and Chinese soldiers guarding the border.As the temperature hi -2 degree celcius, I started freaking out of cold and excitement. After enjoying the breath-taking views I landed up in my cozy hostel tagalong backpackers and met same kind of mad folks from different parts of the nation and now we spoke places and slept with peace.

After going through the amazing streets of gangtok I started my journey towards north Sikkim covering yumthang valley, which was With over 24 species of Rhododendron, it is home to Shingba Rhododendron Sanctuary and the best part of my trip as the wind struck my hair taking me back to the golden days spent with my family , eventually time has increased it’s pace but it couldn’t stop me from being the best version of myself even in Sikkim. We have reached lachung village, where I was provided a comfortable stay and food , which was quite enough to keep my tiredness low . Next day around 7:00 pm we started towards Yumesamdong , situated at the elevation of 15,300 ft. in the Northern District of Sikkim, India. This place is often called “Zero Point” because there is no motorable road after this place and the visitors are not permitted to go further beyond this point due to its proximity to the Chinese border. The magical moment occurred while my eyes were struck on the snow-capped mountains and the silly thought of trekking up towards it running in mind . It was a mini heaven which was waiting to be felt and captured by the nature lovers.

Time is the main antagonist who kept testing my patience across my trip and the real issue was with entering south- west region Sikkim, getting a shared cab and catching the bus back to Kolkata on same day started getting tougher that is the only worst part of being solo traveller, but time and place forgot that they were dealing with the real time planner.” No” was converted into “ Yes” only booking a whole cab ( pro persuading skills finally started working) and started towards ravangla, south part of Sikkim . I may not remember the details of the place but the journey shall be cherished forever. I still wonder how can Buddha sit in peace making me go through different emotions throughout the journey, even when I was close enough to him, he hid his face amidst the clouds. I headed towards ralang monastery, a new monastery of "Palchen Choeling Monastic Institute” came up in the year 1995. It was constructed by the XIIth Gyaltsab Rimpoche who is regarded amongst the four regents of the Kagyu sect. Despite its recent construction, the monastery structure proves that meticulous care has been undertaken to maintain the authentic Tibetan architecture. The Monastery has an extensive collection of paintings and thangkas and is host to the annual festival Pang Lhabsol when Mount Khangchendzonga is worshipped usually falling in the month of August –September.

After spending a quality time in monastery, I have started back towards the Buddha park with a hope that the clouds wouldn’t interrupt my last goal of the trip, and with god’s grace the sun rays came to rescue and I witnessed the magnificent 130 feet Buddha statue which is visible from south west region of Sikkim, and finally I won against time and seized the moment forever . Whenever I think about the trip after returning back I feel that the journey was towards my real self-unfolding the hidden capabilities of decision making, patience, perseverance. It shall be a lesson for life time, which broke me down and made me stronger than before.