Dewa Mela: Immerse In The Spirit Of Sufism 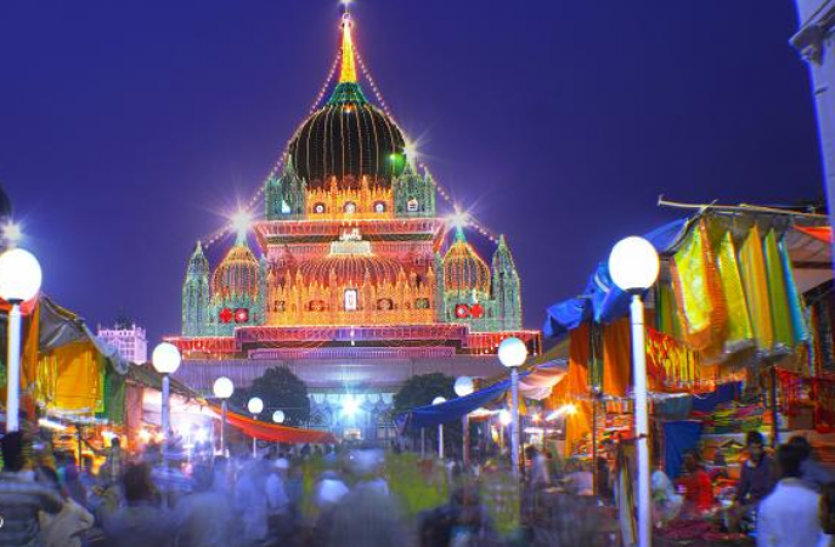 Dazzling with colors, fun and charm, Lucknow’s Dewa hosts the famous Dewa Mela or the Barabanki Mela annually during October and November. The 10-day fair marks the death anniversary of revered Sufi saint Haji Waris Ali Shah. People from across the country turn up in thousands to engage in frenzy typical to fairs across India. From boat rides, giant Ferris wheels, tacky photo studios, and loudspeakers blaring 90s Hindi songs, everything truly reflects and resonates the spirit of a typical Indian fair. Stalls serving Lucknowi kebabs, orange halwa and biryani also vie for visitors’ attention. If you are prepping to visit Lucknow during this time, make sure to let this fair splash some colors in your trip. Here’s everything you need to know about the country’s one of the most famous fairs.

Haji Waris Ali Shah grew up to become a Sufi saint who was believed to held mystical powers. A firm belief in the Vedanta principles, he was revered by both Hindus and Muslims. Haji Waris Ali Shah passed awau in April 1905 after which his followers erected a tomb in his remembrance that came to be known as Dewa Sharif or Dargah of Haji Waris Ali Shah. Dewa Sharif stands tall as a symbol of brotherhood between people of both religions who come here to pay obeisance to this holy saint.

The 10-day fair is filled with fun and entertaining events including several cultural and religious programmes that constitutes the collective spirit of India. Dewa Mela begins with the ceremony of chadar presentation wherein embroidered silk sheets are placed on the tomb. A procession is also carried out to the mausoleum during which Qawwalis and devotional songs are recited. All India Mushaira, Kavi Sammelan, Music performances, Debates, Kavi Goshthi and Spiritual musical night are some of the major events that keep visitors engrossed.

Besides, there are several colorful stalls that present a visual treat in form of brilliant show of handicrafts. The magnificent artworks as well as the decorations leave everyone in awe.

The fair also has a cattle market that receives equal, if not more, share of attention. While the cattle fair generates the maximum revenue, agriculture-related demonstrations are also held to educate cultivators and farmers who visit the fair in large numbers.

The final and concluding day of the magnificent Dewa Mela sees a spectacular display of fireworks pervading the night sky. Hundreds of paper balloons are let off in the sky adding beauty to the night. The whole ambiance, vibration, aura and fun leaves devotes and visitors already waiting for the next year.

The Dewa Sharif is located 40 km away from the capital city Lucknow. Cabs are easily available from the airport or the railway station in Lucknow to reach the shrine where the fair is held.

Filled with air of Sufism, brotherhood, fun activities and religious fervour, the Dewa Fair lures people from across the country. The vibrant celebration of religious and communal harmony represents the intrinsic cultural fabric of the nation.

Have you ever attended the Dewa Fair? Share your experience with Tripoto wanders here.