Lose Yourself To Soulful Sufi Sounds At The Ajmer Urs 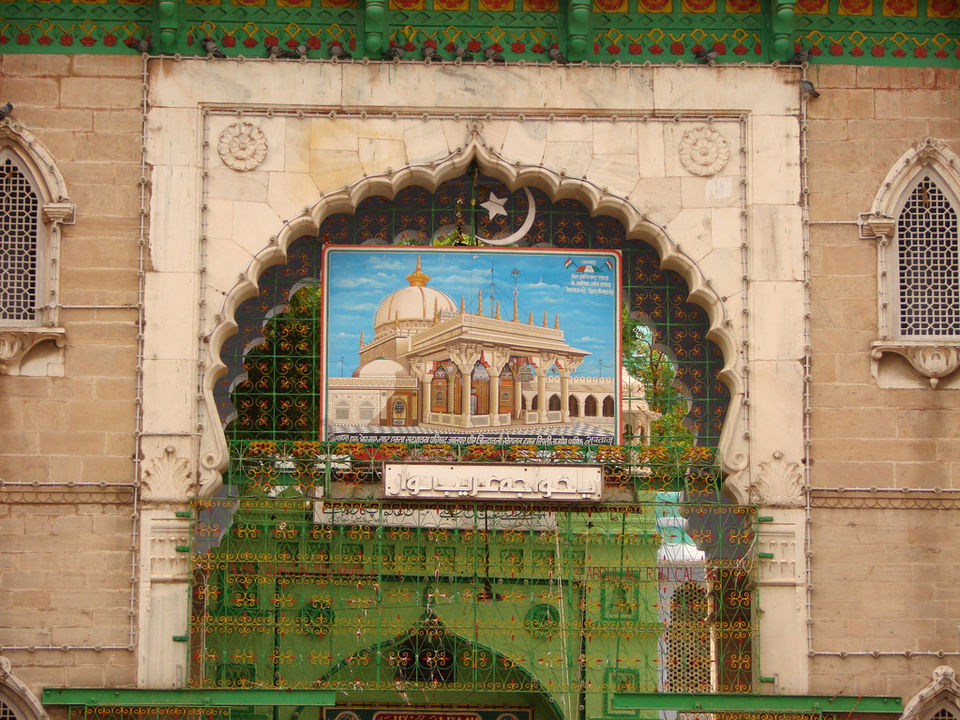 Shrines and spirituality are often an important part of Indian festivals. Music too is an inseparable element of our festivities. We sing in joy and sorrow, for faith and reverence, for love, gratitude, fun, solace and to heal the soul. In the month of March, Ajmer, a city in the northern Indian state of Rajasthan, reverberates with songs sung in the memory of Sufi saint Moinuddin Chishti. The domed structure of the Ajmer Sharif dargah, the tomb of Moinuddin Chishti, sits on the south of the city's artificial Ana Sagar Lake and welcomes lakhs of devotees to the Ajmer Urs.

What is the Ajmer Urs? 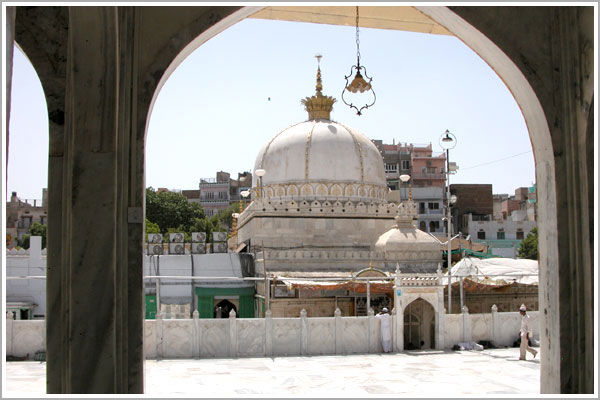 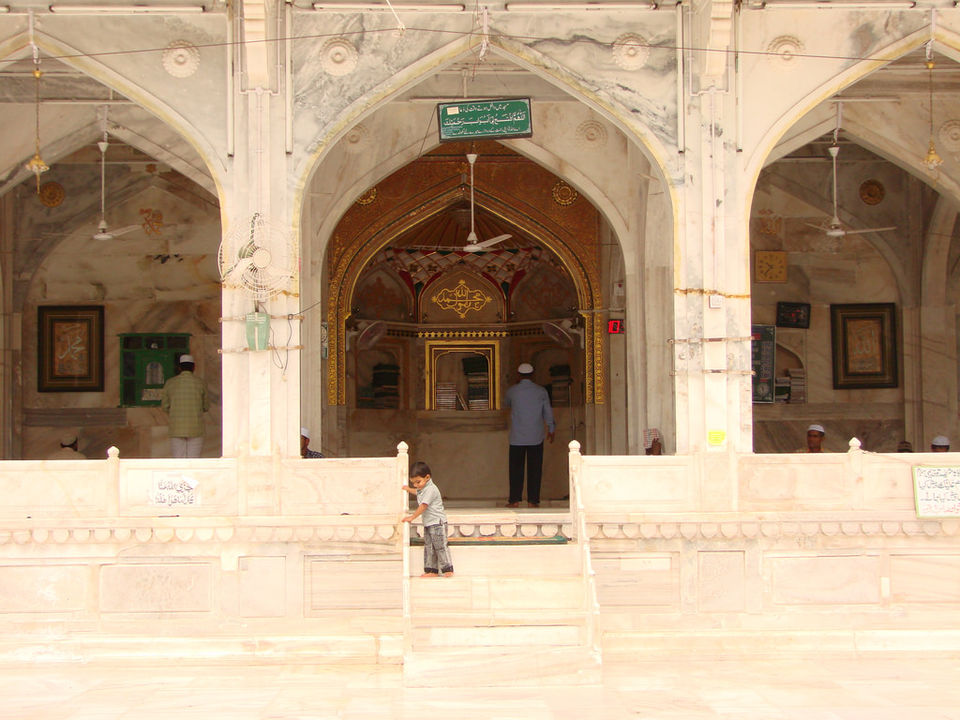 The Urs is an annual festival held to commemorate the death anniversary of the Sufi saint Moinuddin Chishti, (founder of the Chishtiya Sufi order in India). It is held over six days and features night-long qawwali singing. Thousands of pilgrims visit the shrine from all over India and the world. 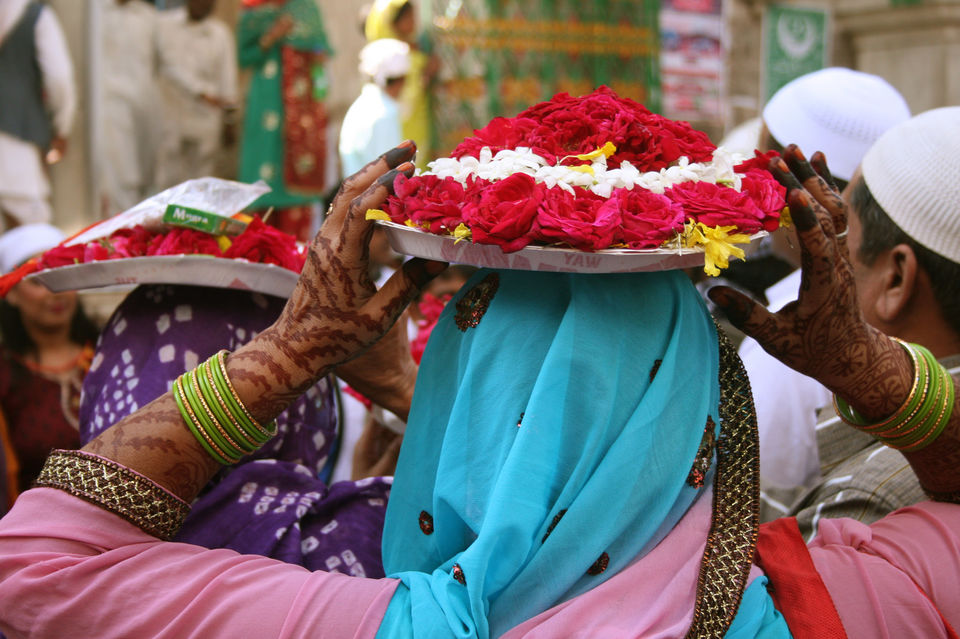 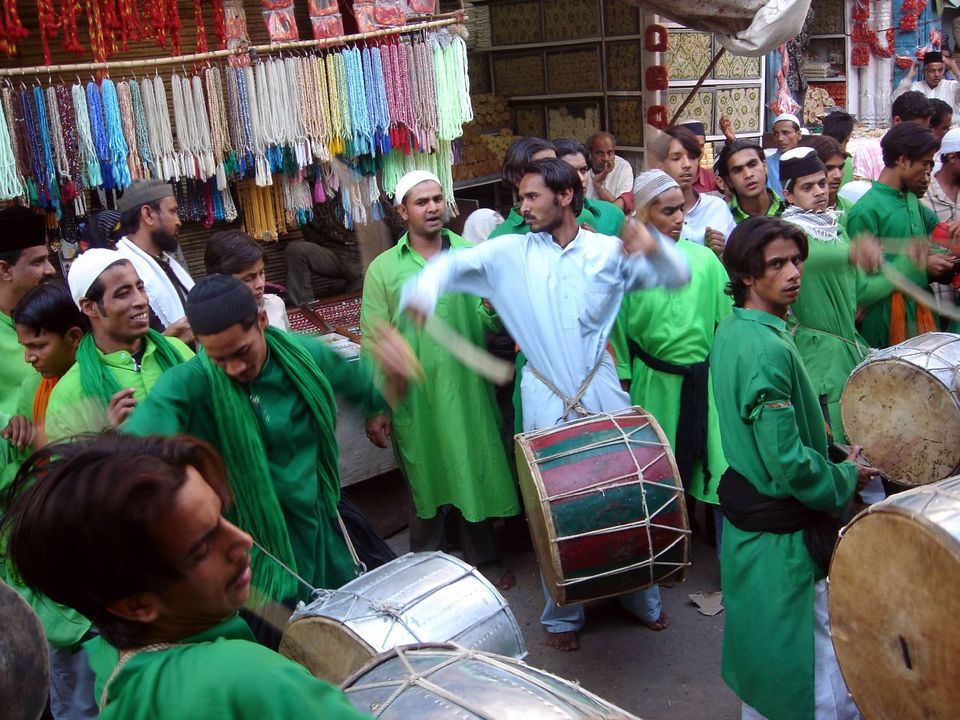 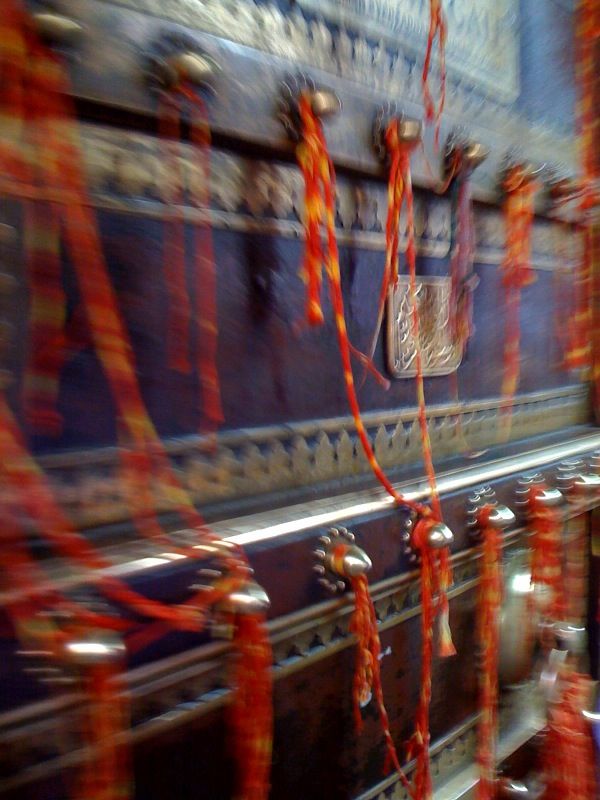 The city takes on a festive air. The dargah is doused in the fragrance of incense, ittar and fresh flowers. Large, bright red roses and chaddars made of mogra are carried around as offerings. The sixth day of the Urs is regarded as the most special and auspicious. It is called Chhati Sharif and is celebrated from 10 am. Just before the conclusion of the Chhati Sharif, the Badhaawa (a poem of praise) is sung at the main entrance of the shrine by Qawwals. Badhaawa is a recitation accompanied only by clapping; no musical instrument is played. The end of the ceremony is marked by firing a cannon at 1.30am. Kheer (rice pudding) is cooked in gigantic vessels at the dargah and distributed to visitors. Later at night mehfils (musical gatherings) are held. The music is the highlight of the Urs. The assembly hall is filled with the sound of harmoniums and smaller groups of musicians perform within the various courtyards. The terraces surrounding the dargah echo with qawwali gatherings that last until the wee hours of the morning.

Born in Afghanistan in 1156, Khwaja Muin-ud-Din Chishti also known as Garib Nawaz, is one of India’s most revered Muslim saints. He began his religious life at the age of 13, when he distributed his inheritance among the poor and adopted the simple life of a Sufi fakir (priest). Khwaja Sahib and his disciples settled in Ajmer at the beginning of the thirteenth century. Withdrawing into a life of meditation and fasting, he preached a message of renunciation. He insisted on the fundamental unity of all religions. He became one of the first religious figures to bridge the gap between the Hindus and the Muslims. After he died at the age of 97 his followers celebrated his death anniversary with the Ajmer Urs.

Approximately 135 kilometres from Ajmer city, Jaipur is the nearest airport to Ajmer. It is well-connected to major metropolitan cities like Delhi, Mumbai. Once you reach at the airport, you can hire a cab to reach Ajmer. The journey from airport to the city will take around 2 to 3 hours.

The Ajmer Junction railway station is well-connected with major Indian cities like Delhi, Mumbai, Jaipur, Allahabad, Lucknow and Kolkata. Once you reach at the station- you can hire either a taxi or an auto-rickshaw to reach your hotel or anywhere else in the city.

The Rajasthan State Road Transport Corporation runs buses (both air-conditioned and non-air-conditioned) connecting Ajmer to nearby cities like Delhi, Jaipur, Udaipur, Jodhpur and Jaisalmer. There are also several private tour operators who run buses on this route.

If you've been to Ajmer, attended the Urs or have been to any other festival that you've loved, write to us and share your experience. To watch exciting travel videos, check out our Youtube channel. If you enjoy what you see, hit like and subscribe.