The City of Seven Palaces - Mysuru 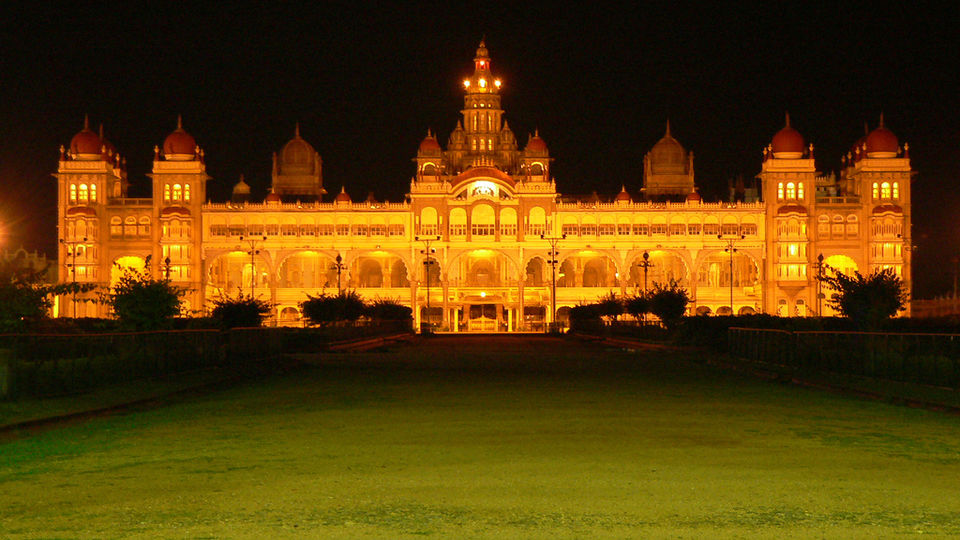 Now Mysuru Palace is the second most visited Place in India after Taj Mahal, with an estimated 6 million annual visitors. And the best time to visit Mysuru to see the grandeur of this Palace is during the 10 Day Dussehra Festival which is celebrated in a royal pomp.

Popularly called as the Mysuru Dasara, it is State Festival of the Karnataka state. This festival falls during September/October and this is the best time to visit Mysuru.

The festivities in this Palace city are so elaborate and grand that it's audience include even foreigners from different parts of the world who come here just to witness the extravaganza and the pomp. This year the Dasara Festival completes 407 years.

The Mysuru Palace is illuminated during these 10 days with one lakh bulbs from 07.00 PM to 10 PM which is the main attraction. Dance, Music and cultural programs mark the highlight which are performed in front of the illuminated Palace.

The festivities included a special durbar, a tradition followed since the period of Krishnaraja Wodeyar III. After the death of Srikanta Wadiyar in December 2013, this tradition has been continued by placing the royal sword on the golden throne. The ninth day of Dasara called as Mahanavami is also an auspicious day on which the royal sword is worshipped and is taken on a procession involving elephants, camels and horses around the city.

On all the 10 days of Dasara, various music and dance concerts are held in auditoriums around Mysore city. Musicians and dance groups from all over India are invited to perform on this occasion. Another attraction during Dasara is the Kusti Spardhe (wrestling-bout) which attracts wrestlers from all around India.

Come to Mysuru and be a part of Dasara habba and soak yourself in the royalty.

"THE GREATNESS OF A CULTURE CAN BE FOUND IN ITS FESTIVALS"