DELHI HEIGHTS: 2.Six Seasons and the Flowers of Phalguna 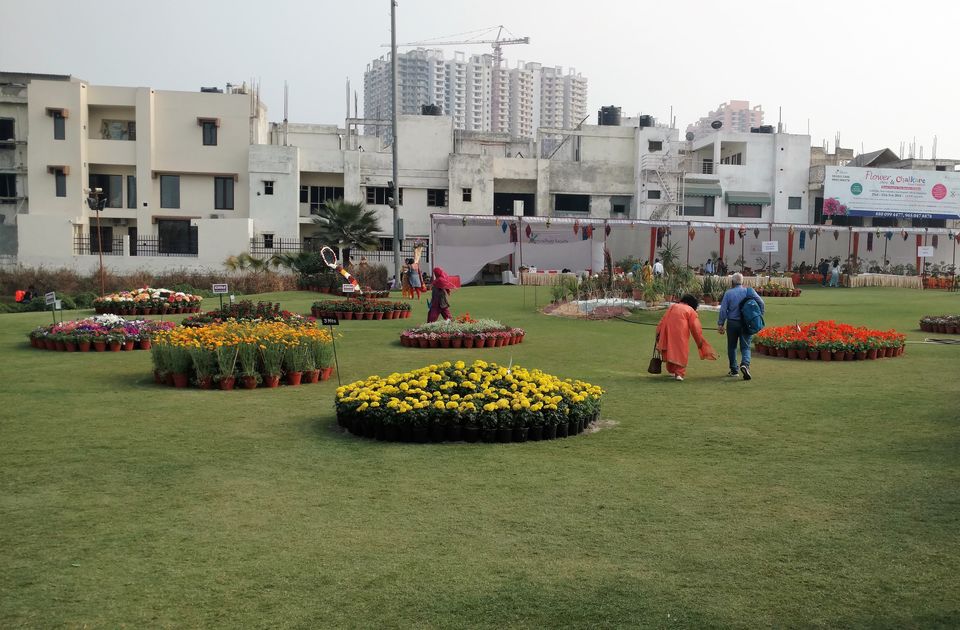 Every year, the months of Phalguna and Chaitra witness a host of flower, cacti and Bonsai shows in Delhi- NCR . There are numerous active horticultural and cacti groups and societies in Delhi and NCR who organize and host these shows.

The Indian Bonsai Association held its Annual Bonsai Exhibition on 17th and 18th March, 2018 at Lodhi Gardens where exquisite bonsai plants were exhibited.

Have you ever wondered at how our perceptions and notions about seasons has become so alienated from Nature?! In cities like Delhi what do the seasons mean for us ? Summer is time to get our ACs serviced and water bottles placed in our refrigerator doors. The rains, for us, bring muck on the streets and flooded roads. Come winter and the woolens are put out in the Sun and there's a rush to buy heaters and air purifiers. Oh, yes, I almost forgot Spring, that is when we pay lip service to plants, especially flowering plants and cacti and how wonderful they look in our drawing rooms, fancy balconies and behind French windows!!

Many people make the mistake of equating the seasons of northern part of India with those of the temperate regions of the globe. The typical seasons of the West are different from our seasons since fundamentally we have a Monsoon climate as apposed to the cold temperate climate of the Western countries.

"......I am the Gayatri among the sacred Mantras; Mrigashirsha among the months and Vasant among the seasons of the year....."

- Shri Krishna to Arjuna in the Bhagavata Geeta

The Hindu New Year, in most parts of India begins with this season.The Winter frost has gone and Spring welcomes us along with the Kapinjala's cries (Grey Partridge). Cool winds from the South west have begun to blow, sometimes when the last snows in the hills linger on, the chill returns to the winds of the northern plains, often bringing a brief drizzle with it, reminding us what Spring is - everything pleasant and wonderful......The Vedas describe this season as 'Madhu'- sweet and pleasing.

Towards the end of Chaitra, the flowers of Spring begun to shrivel and die, the Sun begins to assert itself, the fledglings in the nests have grown and are ready to fly and the chirping of sparrows can be heard more often. (At least, this was the case during my childhood). Dry hot warm winds blow in the afternoons and the cooing of the spotted Dove can lull you into a siesta. Nights are oppressive with only the early mornings bringing some respite from the heat. This is the time when the beautiful Amaltas and Gul Mohar blossom in all their glory !!

The thunder clouds gather in the ever darkening sky as the Koel coos for its long lost home from the Champa trees. The first showers bring the nostalgic smell of the wet earth, which is cajoled into sprouting forth life by the persistent rains.

The clouds melt into the sky with the coming of Sahrad ritu. The world freshly washed now sparkles in the Sun. The paddy plants bow low, loaded with ripening grain. The moon appears whiter as it illuminates the swan and the lotuses and the tall kasa grass. In most parts of the northern plains it is warm and sultry, a moist heat pervades the air, making sweat cling to the skin.

Often referred to as pre-Winter/early winter or the cool season. In the Yajur Veda it is referred to as the Dewy season. The life force of the trees begins to retreat from the leaves, as they turn various shades of orange and yellow and then wither off. Most plant and animal life begin to prepare for the colder season to follow. However, all the trees of the northern plains do not experience leaf fall, the evergreen trees like Neem, Copper pod and others continue to bear green leaves.

Chilly winds often blow from the mountains in the north. At times there is heavy dew and the sky at times is cloudy and sometimes clear.

The sun shines weakly, even the moon looks faded through the cold misty nights. The days are short, as if afraid of the cold. Only the sturdy among the plants and trees bloom. But this is a season rich in crops: rice, sugarcane and wheat.

The monkeys shiver violently and the herd of cows drained of fat by the cold weaken. The mongrel, covering at the street bonfire refuses to quit the fireplace for even a moment in spite of the kicks and blows that it receives from the wretched man, who tormented by the ruinous pain of the cold, like a tortoise tries to hide his limbs within his frame.

This year a 'Flower Show & Chatkare Food Festival' was organised at Golf Links, Ghaziabad between 23rd and 25th February,2018.

This show, which was hosted by 1ders Events Solutions [P] Ltd, and supported by the Floriculture Society of Ghaziabad, show cased a variety of meticulously grown Bonsai plants, herbs grown via Hydroponics, beautiful flowering plants, organically home-grown vegetables and exotic cacti and succulents.

There were cacti and ikebana competitions to motivate urbanites to grow plants at home.

In line with the title of this show, there were 'chatkare' food stalls as well, serving all kinds of snacks from Parathas to Idlies and Dosas. However the quality of food was average. They organisers also threw in a fashion show, and a free palm and aura reading stall, both of which were unimpressive !!

"An expert in the knowledge of animals finds Kapinjalas in Spring; sparrows in Summer; patridges in Rains; quails in the sultry season; Kakras in Winter and Vikakras in Dewy season. "