Have you ever wondered the story of a city where you have been residing for so long ?

I have visited Pune couple of times for work ,never got the chance to cherish it .

Recently during Diwali ,I paid a visit to this city and was perplexed by it's story and what it can give me .

Lets now dive in to the story of Pune ,the city of Maratha empire .

It is said you can know best a city by it's local transport .

So from Hinjewadi Chowk I took a bus heading towards ' Manpa'.

Manpa is the nearby bus stop to Shaniwar vada.

From Bajirao Mastani movie we all know about Shaniwar vada very well.

I was excited to visit it but when I entered I realised apart from the garden( that the Govt renovated) ,few ruins only remains.

There is an entrance tickets ,Rs 25 as far as I remember.

There are many nooks and corner where you can click pictures being a part of history.

There is a not much to explore but it's an quick escape from the hustle of mundane life .

It has six entrance door ,out of which two are opened for operation now .Once you climb the stairs ,you can take a round around the Shaniwar vada along it's boundary which has wide pathway .On all the four corners there is a huge "Linga of Shiva " ,which I supposed was worshipped earlier with pomp but now few hooligan had scribbled their love story all over it .( It's sad to see that ).

After a quick visit one can move ahead to the famous

It's a five minutes walk from Shaniwar vada.

When you visit this area of Pune ,you will realise every lane of here is named as the days of weeks .

I assume in the era of Maratha empire ,in this area based on the day ,people used to setup markets.

As I visited Ganpati temple on Diwali ,I couldn't enter it ,it was so crowded.So I took the blessings and proceeded towards next destination .

Near Dagduseth temple there is a famous and yummy ,mouth licking lassi shop .

Under the scorching sun ,those 30 rs Lassi was a bliss.I had two glass of lassi ,it was the best I had till now .

If u ever come in Dagduseth temple please do visit here.( U never want to miss the pocket friendly yummy lassi).

After that ,when I moved to my next destination ,I entered the famous " Kaka Halwai" shop to collect some snacks like bhakarwari ,and for some badam halwa .

My next destination was the renowned but less explored Raja Dinker kalker Museum.

The museum is a heaven for every person of India ,it shows how one single individual can make a change .It's more of a collection by the owner dedicated to his son ,a three storeid building with artifacts including utensils, artilleries,musical instruments,lamp and what not .

It's located in Sukrawar peth ,walking distance from Dagduseth temple.

As photography was prohibited inside without tickets ,I could not clicked many pictures.

If you ever plan to visit the museum ,please have lunch or have enough food and visit because you will feel so hungry as the museum is so big that you will enjoy the time lapse journey without any other thoughts.

And after that to end my visit I went to "Mahadji Shinde Chatri ".

Mahadji Shinde Chatri was a remarkable leader in Maratha regime .It is a memorial dedication along with a Shiva temple .

It's a nice open place to relax in the evening ,it's not known to many .You can click many pictures here :p.

With it's unique architecture ,tinted colourful window , giant temple structure it was worth of it's time.

So ,that's how my Pune journey ended. I am taking a lot of memories with me along with the City glory ..

Let me know ,how you all enjoyed the journey through the city Pune ,which is just two hour drive from Mumbai .

The giant Darwaja of Shaniwar wada. 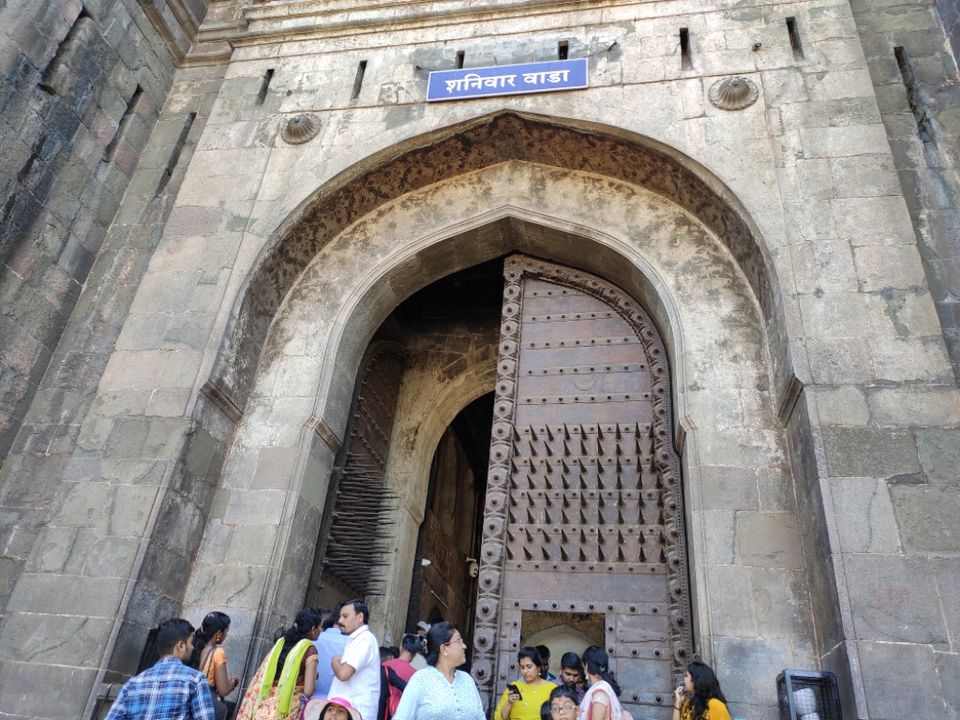 A sneak peak from the window to view Bajirao statute 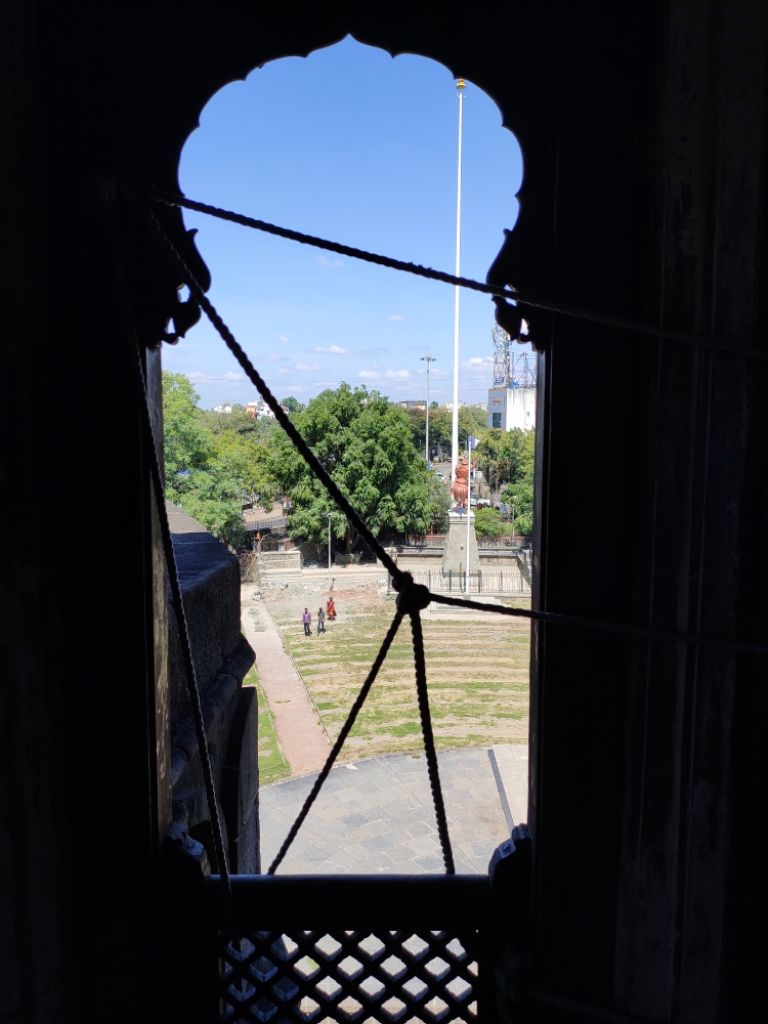 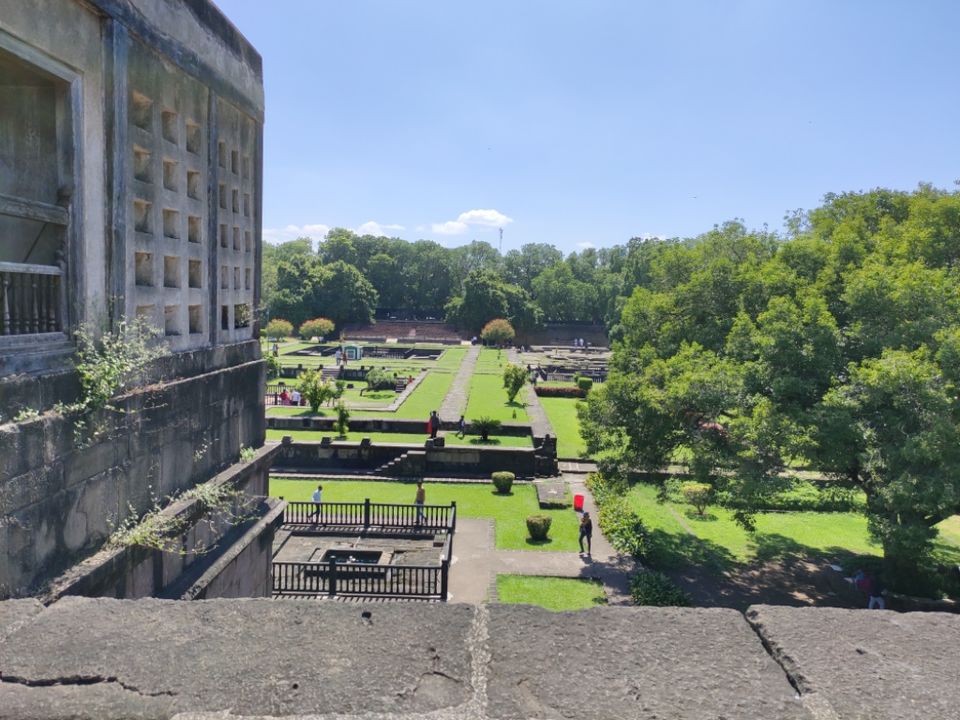 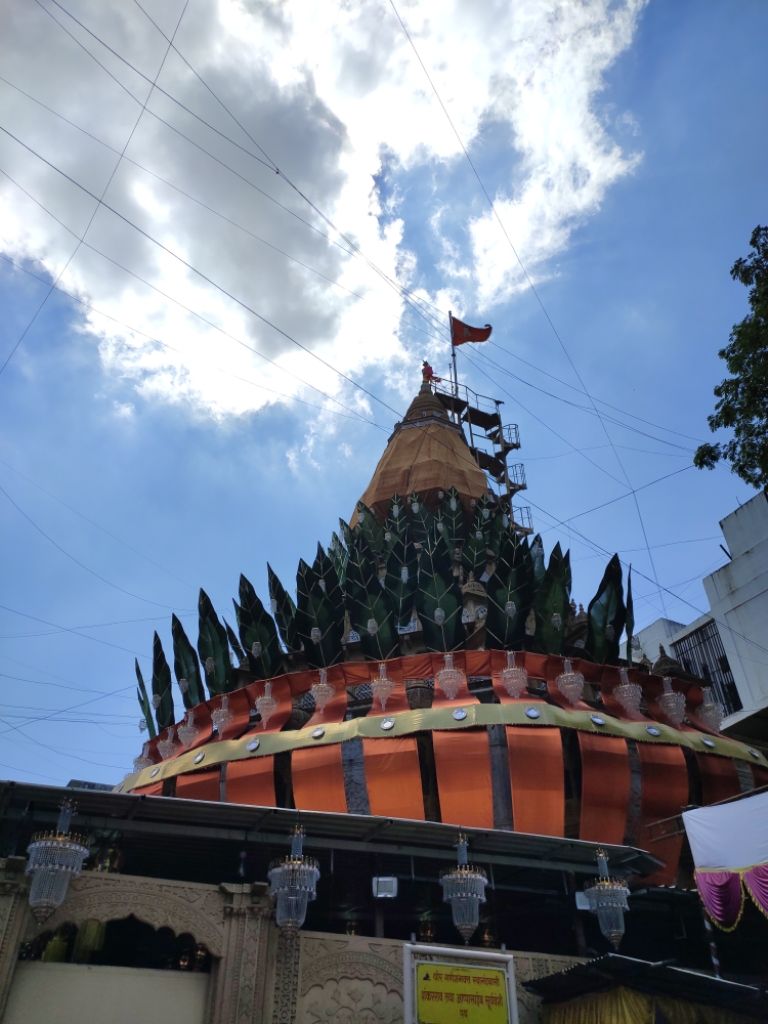 Entrance of the museum 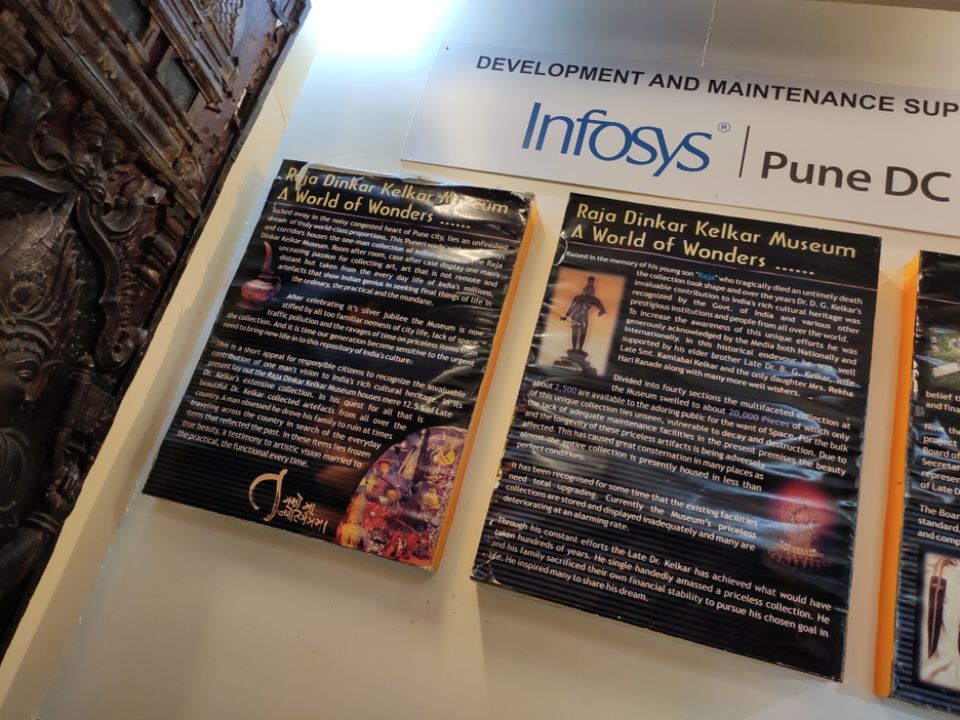 Somewhere in between Pune and Mumbai 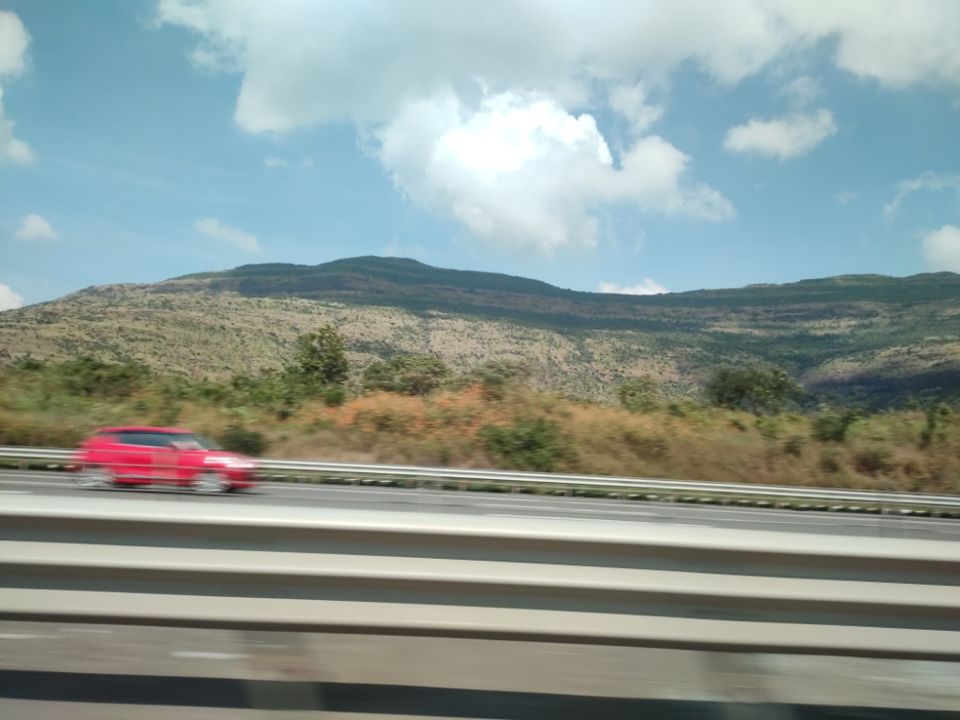 The rounding stairs at Shinde chatri 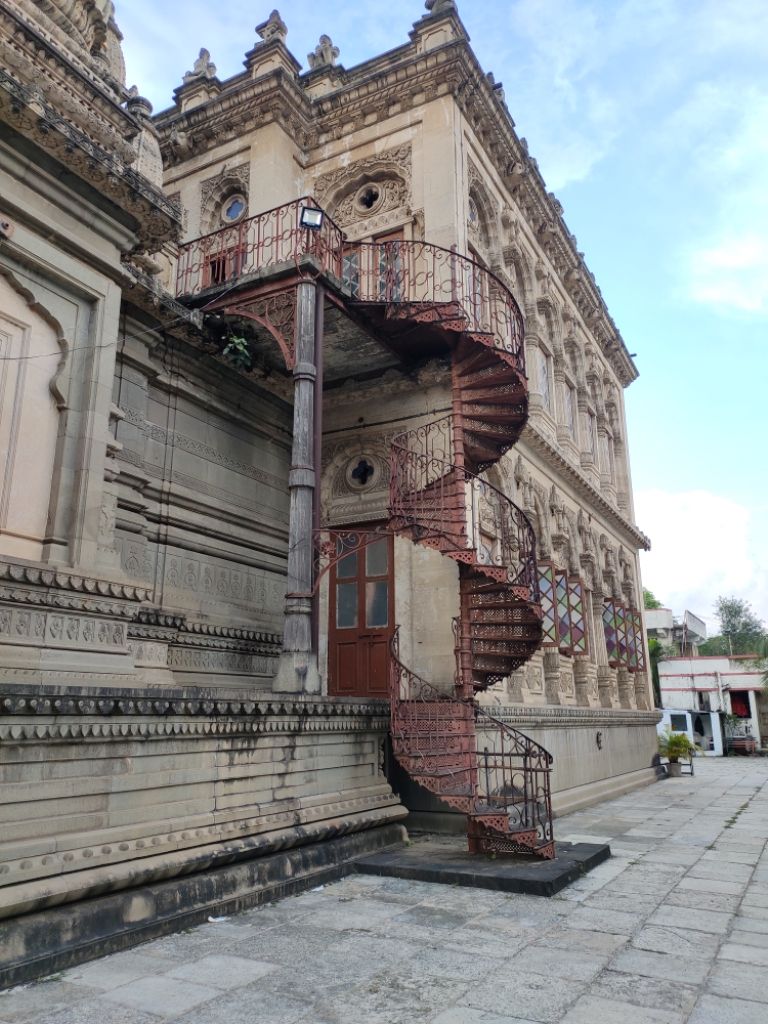 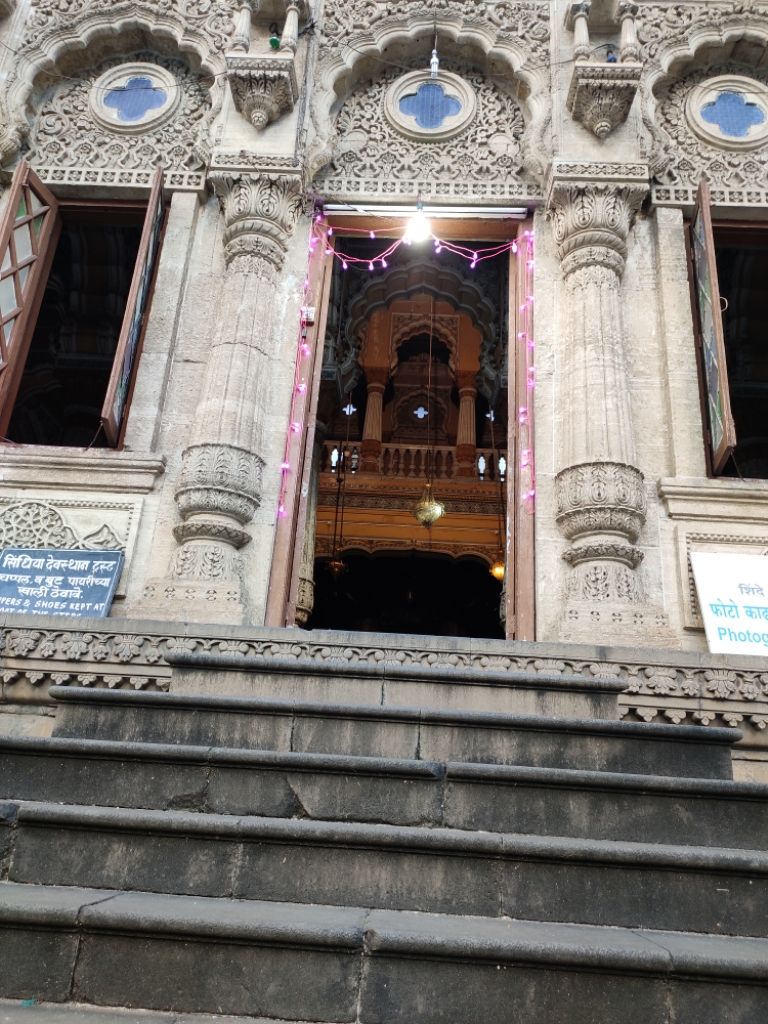 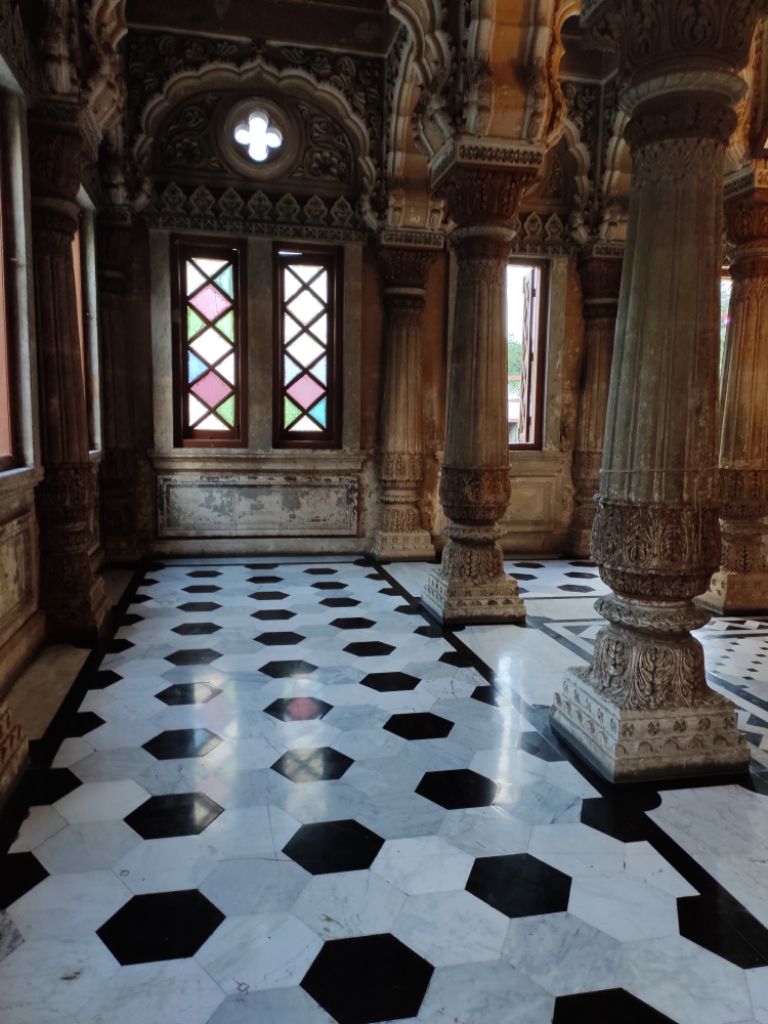 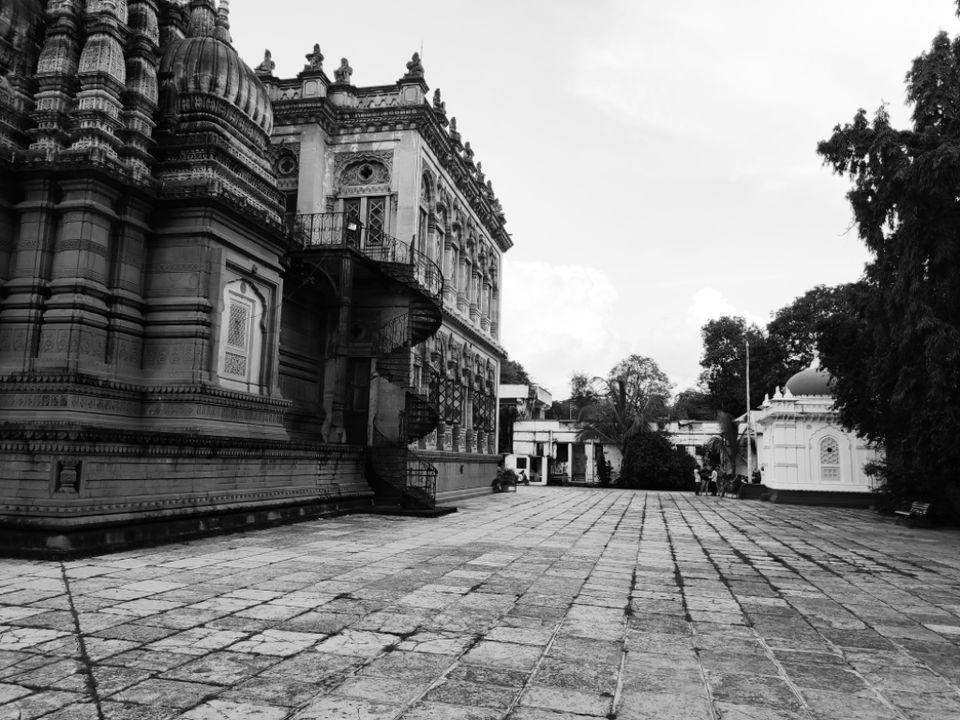 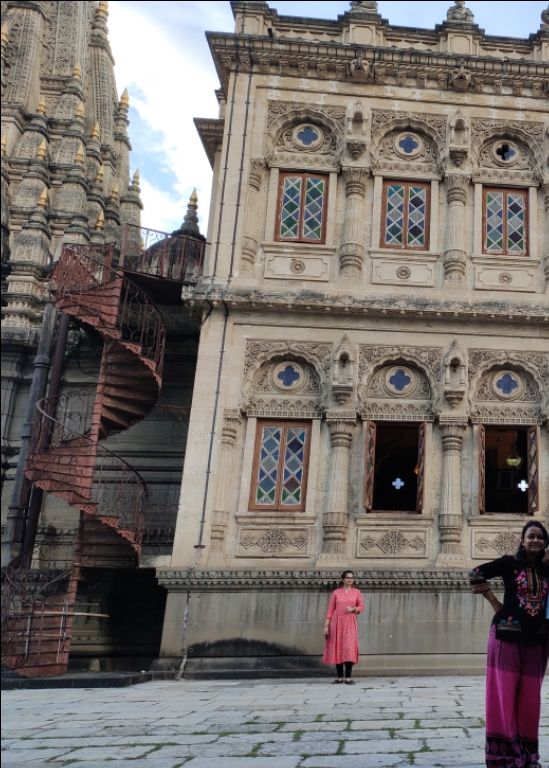 budget family hotels in pune, places to visit in pune, balewadi pune bhimashankar trip, weekend getaways near mumbai and pune, things to do around pune in summer