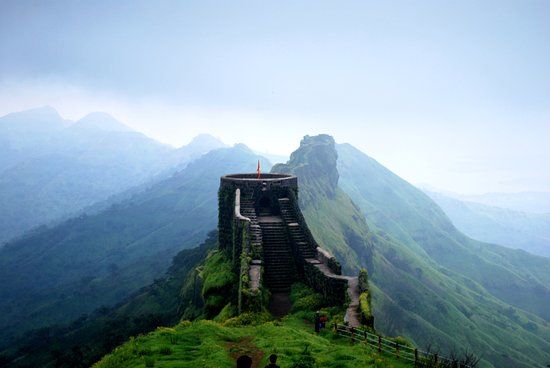 From above it is looks as triangle. Source-Wikileaks 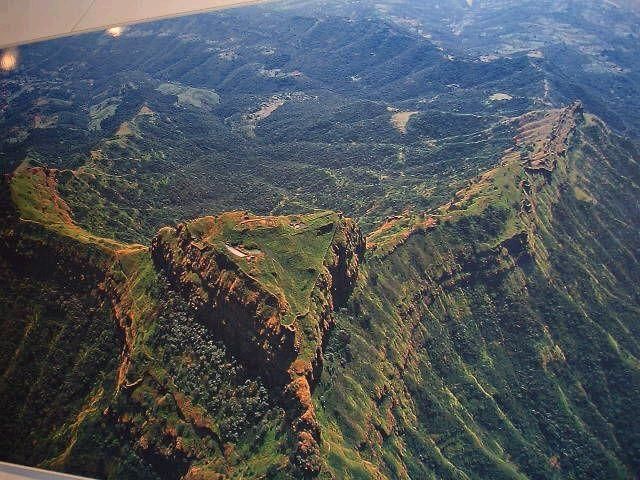 Rajgad fort is etched in to every Shivaji maharaj Followers and admirers. And yes I am proudly among them.First freedom struggle also known as Swarajya - Self rule. So lets talk about this fort. As i have visited this Fort Twice in Rainy as well as Summer. So Lets trekking Began. The fort is a significant tourist destination and is most sought after especially during monsoon. Visitors prefer to stay overnight on the fort considering the fort itself is huge and cannot be explored in a single day. The Padmavati temple on the fort can accommodate around 50 people. Water tanks provide fresh water all throughout the year

Rajgad (Ruling Fort) is a hill fort situated in the Pune district of Maharashtra, India. Formerly known as Murumdev, the fort was the capital of the Maratha Empire under the rule of Chhatrapati Shivaji Maharaj for almost 26 years, after which the capital was moved to the Raigad Fort. Treasures discovered from an adjacent fort was used to completely build and fortify the Rajgad Fort. 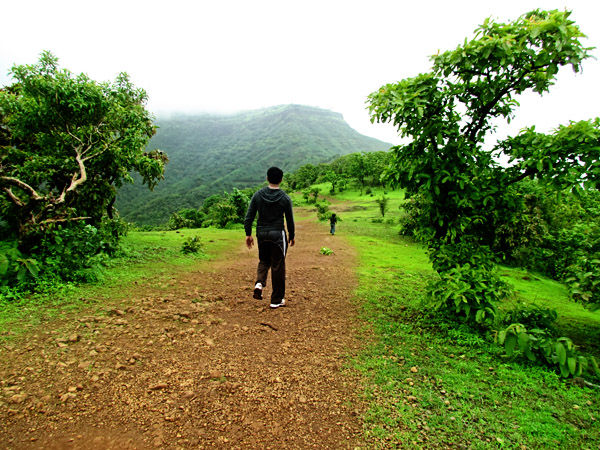 The fort's ruins consist of palaces, water cisterns, and caves. This fort was built on a hill called Murumbadevi Dongar (Mountain of the Goddess Murumba). Rajgad boasts of the highest number of days stayed by Chhatrapati Shivaji Maharaj on any fort

One of my Friend clicked this Pic . we were waiting due to crowdy gathering while decending 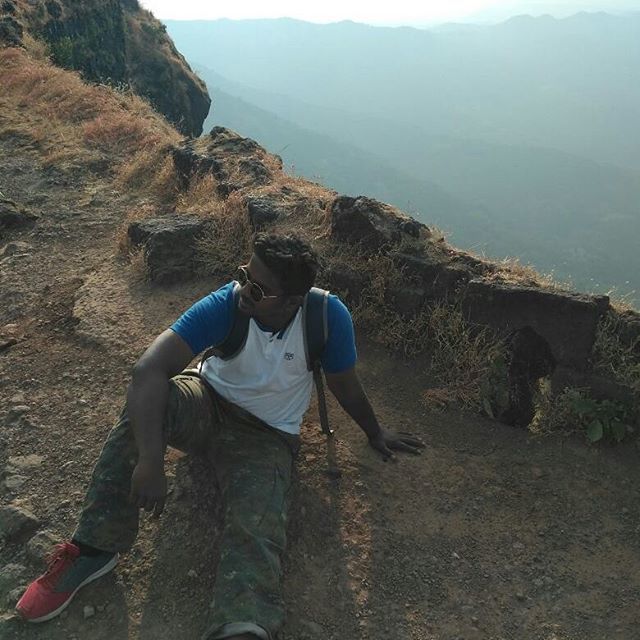 when travelling in rainy season 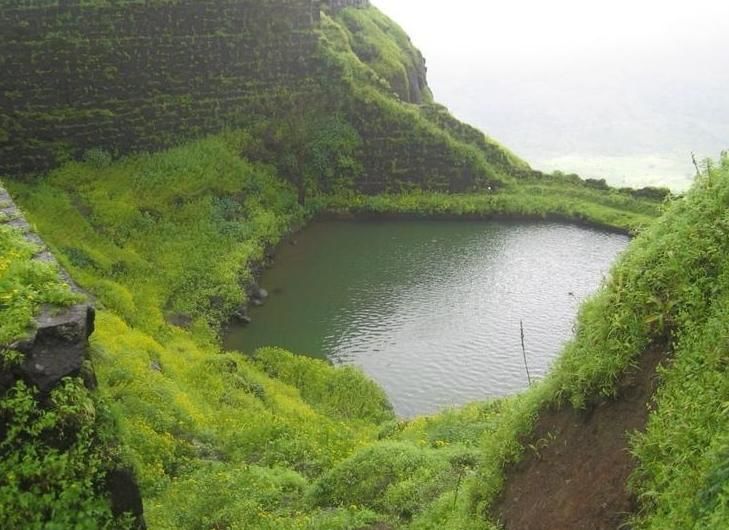 The fort has stood witness to many significant historic events including the birth of Chhatrapati Shivaji's son "Rajaram Chhatrapati", the death of Shivaji's Queen Saibai, the return of Shivaji from Agra, the burial of Afzal Khan's head in the Mahadarwaja walls of Balle Killa, the strict words of Sonopant Dabir to Shivaji.

The Rajgad Fort was also one of the 17 forts that Chhatrapati Shivaji Maharaj kept when he signed the Treaty of Purandar in 1665, with the Mughal general Jai Singh I, leader of the Mughal forces. Under this treaty, 23 forts were handed over to the Mughals. 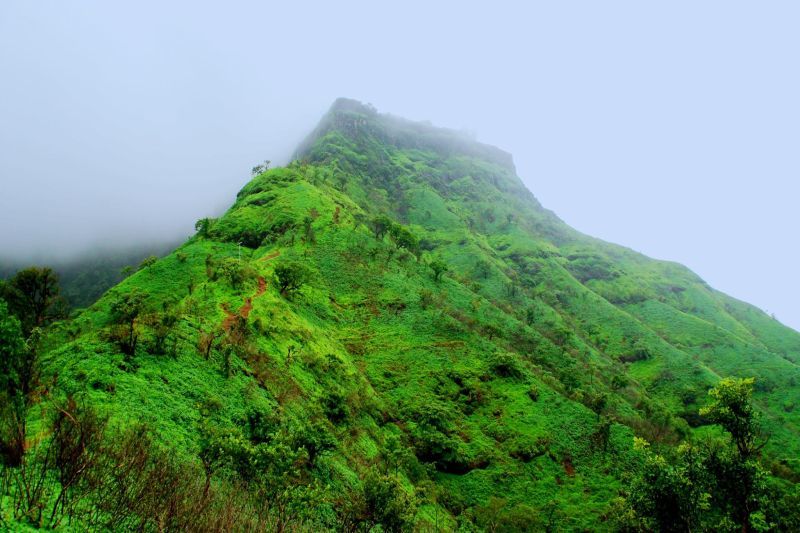 Balekilla the top most Point 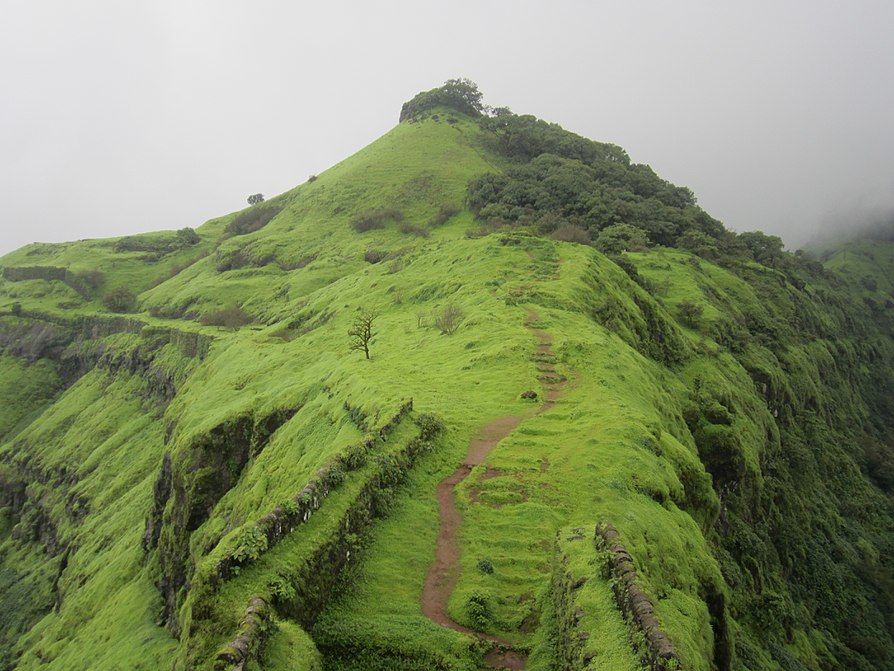