India to Italy (Part 1 - Rome) - Travelling with a Toddler 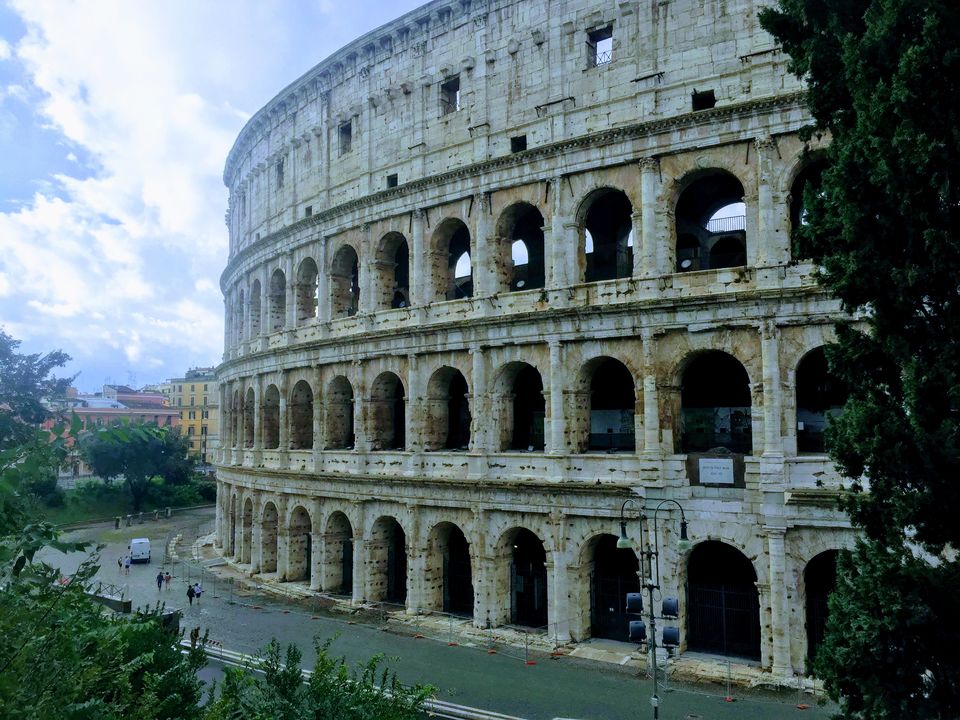 After dreaming for years about Italy, we finally got to planning the epic trip. Being the last minute planners we are (well most of the times !) - on August 5 - we decided to go on a vacation starting Sep 1. With only 25 days left, we did two things immediately - blocked a visa appointment and booked a round-ticket to Rome. At this moment, we had no idea of itinerary and places to visit in Italy.

And the next 25 days went in preparing documents for visa, researching internet for itinerary, talking to friends for finer details, booking trains, car and hotels, shopping for essentials, getting an IDP……..Finally the things worked out like they do (well most of the times !); and we (me, my husband Chirantan and 1.5 year old Vatsal) boarded the Air India flight on August 31.

Landed in Rome the same day, around 9 pm local time which was close to midnight in India. We were booked to stay in an apartment in a lovely neighborhood - Madonna dei Monti. Despite the long day and being almost sleepy, we were immediately in love with the area. It was a narrow cobbled street with baroque styled houses with barred windows.

The apartment we stayed in, also had the old style look, but was modernly equipped from inside. Our airbnb host gave us some great recommendations for eating - all his suggestions were awesome taste and bang for the buck. The ones we loved were - La Licata Bar for Breakfast, Pasta Chef for lunch and Gelateria dell’Angeletto for Gelato.

Day 1 : Getting to know Rome

We were in Rome for three days to start with, plus one bonus day towards the end of our trip as we were to fly back from Rome. We thoroughly enjoyed our time in Rome, and I would recommend to spend at least three days to experience the city.

Our rough plan in Rome was

On day 1, we woke up early and after breakfast at La Licata Bar, took a small stroll of the area - and realized that Colosseum was so close to where we were staying. The first look at The Colosseum gave the feeling - Yes! we are in Rome.

But we did not go inside the Colosseum at this point; as the plan was to go to Fontana De Trevi. We walked down (or was it Walking Up) to Trevi fountain - and were there by 830 am. Our body clocks, still set to Indian time, gave us a big advantage there. If you get to Trevi before 9 am, crowds are much lesser, you can go close to fountain, click pics without other people in background and do the most touristy thing of throwing a coin in the fountain from over left shoulder. Interestingly, 3000 euros are thrown each day in the fountain, good thing is they are collected for charity (I also added my 2 INR to this kitty :D)

Trevi fountain was as splendid as I imagined it. But what impressed me most was the ancient aqueduct system that transports water from mountains in east of Rome and feeds Trevi and other springs and drinking fountains in Rome.

There are around 2500 drinking fountains in Rome which constantly pours out fresh water supplied from the hills. So you can be sure to find one around you. Ditch the water bottles and drink soothing cold water from these fountains instead.

After visiting Trevi Fountain, we walked around the area, ate some Gelato, marveled at the architecture and even solved Roman numerals written on buildings. Followed by lunch at Pasta Chef - home made pasta and ravioli with some wine from nearby shop. Took some rest in the afternoon and we were ready for the evening.

In evening, our first stop was Spanish steps - the 174 steps connecting two piazzas might not be extraordinary, but they are definitely a good place to hangout. One reason why these steps were special to me was their long appearance in the movie Roman holiday ;-)

Many places in Italy are not stroller friendly, like the Spanish steps. So wherever we encountered steps, I and Chirantan would hold the stroller from each side and climbed the steps with Vatsal in the stroller, who loved these "joy" rides.

Our next stop was Piazza Navona. The one thing I loved about Italy was the culture of Piazzas - an open square in the heart of every neighborhood where people gather in the evenings to hangout, meet other people or relax alone. Most Piazzas have a fountain in the center and a lot of cafes around. They are buzzing with music and street performers.

Piazza Navona is one of the most beautiful piazzas in Rome with not one but three fountains, most prominent being "Fountain of Four Rivers" designed by Bernini in 1651 AD. Piazza Navona has such a lively environment that you can spend hours there doing nothing (a dream for most of us :D).

After spending the evening at Piazza Navona, we called it a day, took a cab back to the apartment and crashed in the bed.

Rome is surrounded with stories of past and the best way to experience these stories is to go around Rome on foot. It is like an open air museum, with something new to see around every corner. That's what our day 2 was about - walking through Rome's most beautiful neighbourhoods - and sampling the uniqueness in each one of them.

In fact, we ended up walking 10-15 km each day, with kiddo, Vatsal, in stroller. Unfortunately cobbled streets with incline do not make for a smooth ride for stroller, but it’s manageable.

We explored the neighbourhoods Campo de fiori, Trastevere, Monti and Piazza Venezia. Walking tours on Rick Steve Europe app were quite helpful to explore these areas.

While returning from Camp dei Fiori, we visited Pantheon - originally a pagan Roman temple, a church now. Pantheon literally means "All Gods". This 2000 year old temple is the best preserved monument of ancient Rome. Its architecture, specially the huge dome with a hole, is the testimony of Roman engineering prowess.

Another thing that caught our attention near pantheon, was a statue of an elephant and an Egyptian obelisk - both elephant and obelisk being non native to Rome.

We explored one more thing on day 2 - travelling by bus. We boarded a bus for Trastevere assuming that we will get the ticket inside the bus, but ended up travelling without ticket - of course not recommended :) We later figured that you have to buy the ticket from a shop called Tabacchi - a small shop near most bus stops that sells newspapers, phone cards, etc - and get the ticket validated in the bus

The third day started early for me with a morning "skip the line" tour for Vatican city, while Chirantan took Vatsal to zoo. After much deliberation on how to handle Vatsal in Vatican city, we decided to go there on separate days - a strategy that we followed throughout our Italy trip for museums and churches.

Vatican is the smallest country in the world with a population of 1000, on contrast - nearly 15000 tourists visit Vatican city every day - key sites being Sistine Chapel, St Peter Basilica and Vatican museums. You can spend a whole day going around Vatican, but I felt that my 3.5 hour tour with RomanGuy covered it pretty well.

In the evening, we visited Colosseum, Roman Forum and Palatine hill - there is a single ticket for all three with validity of two days. There was a queue to enter Colosseum, but no need of "skip the line" ticket here. Rick Steve has a great audio tour for these places.

Colosseum is, of course, the must see site on every tourist map, and for good reason. A 2000 year old amphi-theatre, that would hold 80000 spectators for viewing gladiators fights - as magnificent and huge from inside, as it is from outside.

But if you have any interest in history, Roman forum is the place to visit. Just imagine walking on the same roads Roman noblemen walked 2000 years ago. It is the place where it all started - it was the centre of Roman empire - the biggest empire in its heydays. Roman forum gives a glimpse of Roman religion and culture, which was very different from Christianity. Though it is mostly ruins now, there are so many stories weaved in - Vestal virgins, mythical stories of Romulus and his brother, Juilus Caeser - the very place where Caeser was cremated and Marc Anthony gave his famous speech “Friends, Romans, countrymen….” .

After 10 days in rest of Italy, we were back to Rome. It felt like home-coming - hanging out at Piazza del Madonna dei Monti - people watching and eating Gelato, long walks around the city encountering jewels in the open air museum...and a visit to Jewish quarters

Next day, while boarding the flight back to India, I was wondering about commonalities in Italy and India - love for food, family bonds, siesta (afternoon nap), line drying clothes, announcements about pick pockets on railway stations and preference of water over toilet paper. Even the counting in Italian is very similar to Sanskrit - dve, tre. Once a waiter told us that bill amount as tredash, though he immediately switched to english - thirteen. It's a small world, indeed.

For rest of the trip (Tuscany, Florence and Venice), visit Part 2