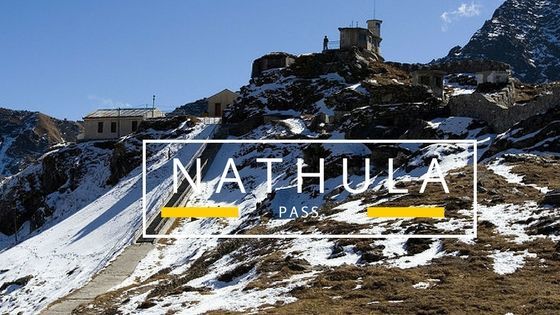 Of all the places I visited in my Sikkim trip, Gangtok was special and I was eager to reach there. The reason for it was because I was going to meet an old friend of mine from college days after 18 years. It reminded me of the times when we use to walk 3 to 4 kilometers after midnight at 1 am from boys hostel to Punjabi Dhaba to have dinner or cooking food (Rice, Mutton, beef, pork and what not) secretly inside the hostel room after the warden had finished inspection! So many memories!

From Pelling it took me around 5 hours to reach Gangtok. It is said to be one of cleanest cities in India and I can see it why. I stayed in the center of Mall road in a place called Hotel Siddharth. The only reason I stayed here was for the location and price (I got it for Rs.600/day through Make My trip, can you believe it). When I travel Solo am on budget mode and hotel for me is to just to put my bags, freshen up or to sleep few hours at night so don't spend much on it, but with friends and family I like to plan. For my readers this hotel is NOT Recommended at all unless you were looking to stay close to the Mall road and not bothered about cleanliness and stuff (You can read my review in TripAdvisor too)!

I checked in to the hotel and put my backpack in the room and immediately got out to find the office where my friend Rajesh Pradhan worked. Had to walk about 2 kilometers uphill to reach his office phew! After enquiring with few people in that office I finally got to meet him. It was a total surprise for him because he never expected me there ???? Later during my stay in Gangtok he and his Wife invited me for dinner and had some amazing local cuisines. The whole family was very excited to meet a friend of Rajesh from college days and that too after so long. One of his cousin feels that I looked like one of the south Indian actors Lol!!! I almost died of laughing that day ????

After a great evening with my friend and his family it was time to get ready for a big day tomorrow. The hotel guys helped me get a permit for Nathula Pass. It costed me around Rs.1200 for the permit and the ride to Nathula in a sharing basis. If you want to book a private vehicle it would cost Rs.3500 plus cost of permit (Rs.300 per head). Shared tour operators starts from the Chhangu Taxi Stand in Gangtok at 8.30 am.

Nathula Pass, located at a height of 14150 feet, is a border point between India and China. It was through this pass the famous Silk Route used to operate until 1960. This used to be a trade route between India and Tibet. The mules used to carry silk, gold and many other items from Tibet to India and take daily essentials back to Tibet. The view of the pass is breathtaking and beautiful. It's a must visit place and should be there in your bucket list. The road to Nathula is a little rough and full of Army camps all the way.

Things to keep in mind while going to Nathula pass:

Take some really good warm clothes especially when with kids. The temperatures can easily go below -25°C between December and February. Get a good shoe or boot so that water or ice doesn't get inside. In extreme weathers you could get frost bite if not careful. Good time to visit is between May to October when the temperature hovers around 10 to 15°C. Because of the high altitude at Nathula, oxygen level in the air is quite low. Few (adults or children) can face breathing problems at Nathula. If you already have breathing it's better to consult doctor before going there. People with Asthma better avoid and old age family members to be more careful. Carry food and water with you especially if you are travelling with kids (I would say NO to Infants). There are few shops on the way but as you go further not much. Make sure to keep some extra cash in hand because the food and drinks are bit costly as we go up. Make sure you are carrying a proper Indian ID proof (PAN/Passport/Electoral card/Aadhaar etc.) Need a copy of ID proof and a passport size photo to apply for the pass (if you are travelling in group then each one of them need to bring this). Photography and Videography is not allowed near Nathula pass and also in some strictly prohibited areas on the way. Nathula is open only from Wednesday to Sunday in a week. It's closed on Mondays and Tuesdays for public.

By the time I reached Nathula it was -12°C which is freezing cold. Even with gloves your fingers will go stiff and could hardly click the camera. That was one great experience. After getting down from the car, you need to walk to the top of the pass which many couldn't make it because of breathing problem as oxygen levels becomes even lower. I am really happy that I made it to the top at 14150 feet. While at the top I made a point to walk over to some of the soldiers there and shook hands and told how grateful and proud I am about them for safeguarding the nation and us from all threats while staying at such extreme climate. You feel so Indian up there and feel so proud and emotional, at least for me! I also received a certificate from the commander for reaching the top.

Tsomgo Lake also known as Changu Lake is a glacial lake on the way to Nathula pass and located at an altitude of 12,310 feet. The name Tsomgo means 'Source of water'. I was there last December and could see so many frozen waterfalls. It takes about 2 hours by car from Gangtok to reach the lake. Make sure to get a photo of Yak. Photography is allowed here. You feel so at peace sitting somewhere quiet and look at the mountain and lake. Inner Peace!

Baba Harbhajan Singh temple also popularly known as Baba Mandir is located on the way to Nathula at an altitude of 13000 feet. At first I found it strange to see this temple but later I found a touching story associated with this temple. Harbhajan Singh was a Sentry from Punjab Regiment and was posted near the China border as a part of border patrol. In the late 60's he is said to have fell into a stream and drowned. After a few days he reappeared in the dreams of one of his sentry colleagues and asked him to make a memorial here on his name.

Because of sheer belief that his spirit is still around, he has been promoted to the rank of honorary Captain. Also every year during his annual leave two soldiers actually accompany his uniform in a jeep up to Siliguri then in a train to his hometown. I understand that his salary is still sent to his home.

While you are visiting this temple you can see many army trucks stop here and soldiers come and offer quick prayers before proceeding.

It was a day full of challenges and new experiences which will stay with me for life ???? . Finally reached back at hotel by 6pm and it's already pitch dark. From here I will be travelling to Lachen and Lachung where I made some new friends from Mumbai but that's for another post.

How was your experience visiting Gangtok and Nathula? Would love to hear about it!