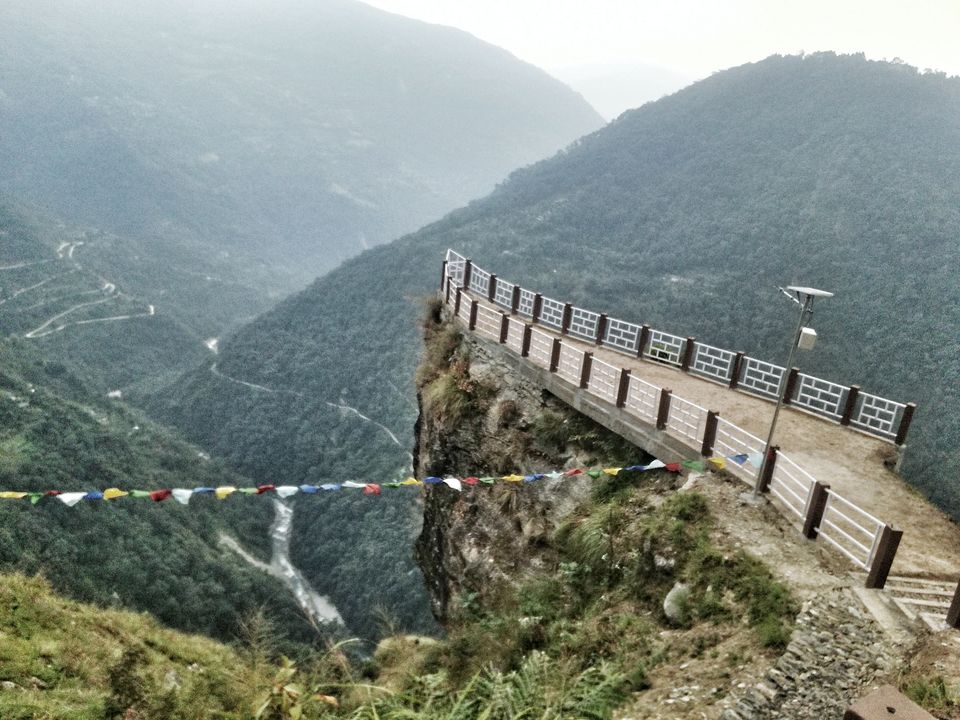 It was a very pleasant day as I was doing some work at home and my phone rang and it was my brother, more like a travel partner, and he said me lets go to Titanic View Point, as we had earlier seen it in social media and had planned that we must visit that place someday, and I said all right and we both got ready and went on a ride.

As we started our journey from our village Lebong, Darjeeling at 11:20 a.m. the weather was very clear and we both were very excited. We went via Jamuni route as it was fastest route for us than main road via Teesta Bazar. So after riding for few minutes we stopped at Jamuni to refresh ourselves and then we continued, the road was very challenging from Goke to Karmatar as it was very rough but that didn’t stopped us and we finally made it to Sikkim check post and the authority asked our details, (where we were coming from and where we were going to). And then they let us enter and we reached Jorethang Naya Bazar at 12:50 p.m. we stopped there to refuel bike and headed towards Namchi. Till when we reached Namchi we were literally covered with dust as the roads between Jorethang and Namchi was being expanded and repaired. So from Namchi we headed left towards Ravangla. It takes about 1hour 15minutes to reach Ravangla and in between those roads you come across other viewpoints like Putali Bhir, which is a very thrilling road that we have to pass by, and Rayong Sunrise View Point, from where you can watch an astonishing sunrise. And at around 3:00 pm we reached Ravangla, stopped there to take some rest and had our lunch. After finishing our lunch we asked to a shop owner where we had our lunch, about how much time it takes to reach Titanic View Point, and he said it might take one to two hours as he was not so sure about it. Then we bought some chips and water and we headed towards view point. We stopped for a while at Buddha Park which was few meters away from main ravangla bazar and took some pictures and kept going. The road was very peaceful but at the same time it was very problematic because it was diverged at some parts and there was no sign board which made hard for us to choose the path towards view point. But with the help of locals we finally made it to our destination at around 4 p.m. and the view from there was just WOW and when you just reach the dead end and look down either you find it EXHILARATING or TERRIFYING. P.S. I find it exhilarating. And after walking down few steps there was a canteen, we had a cup of tea and some biscuits and headed back towards home. After visiting there we came to know that the view point falls under Namlung village of Ralong, Namchi, South Sikkim. 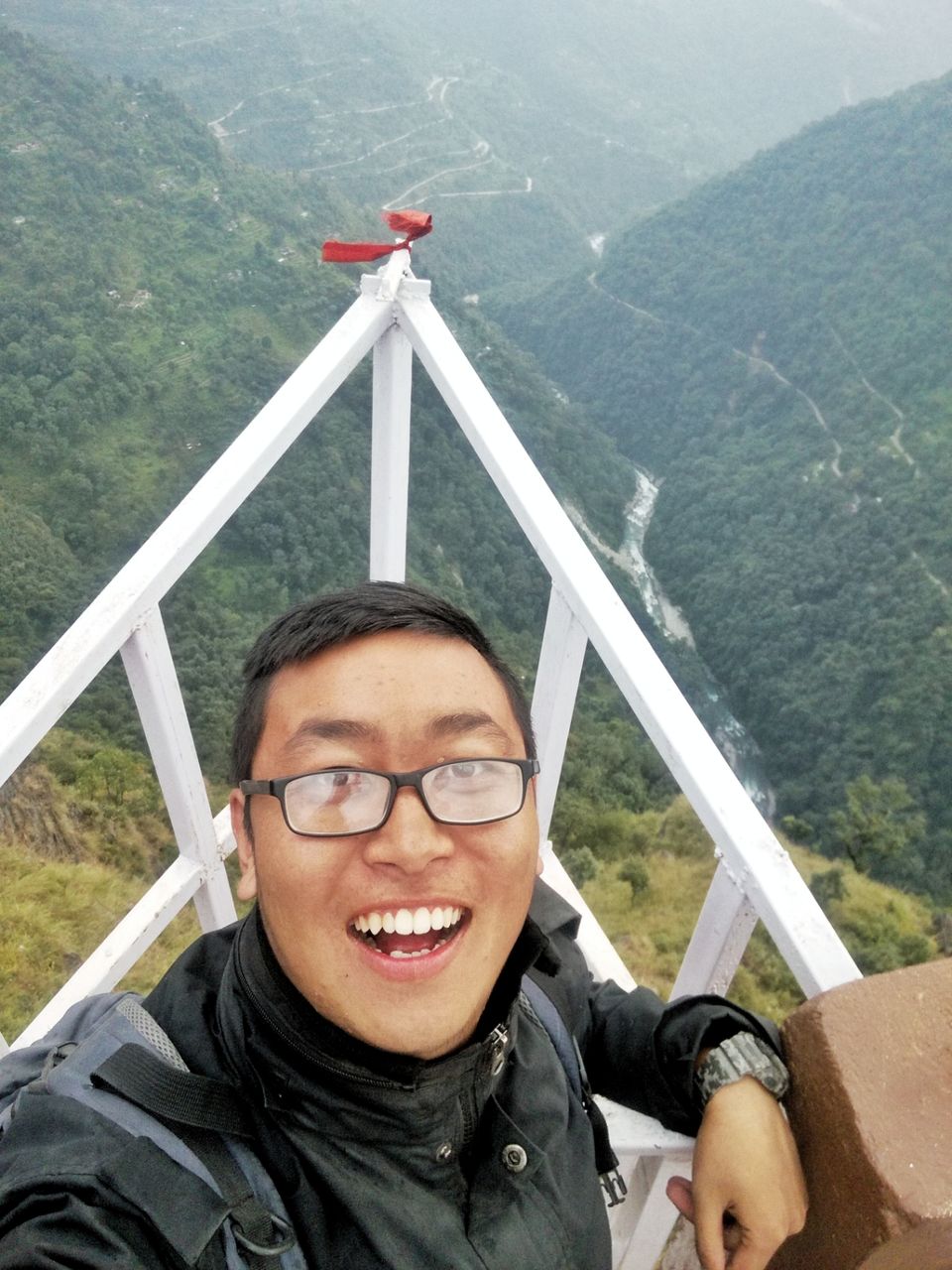 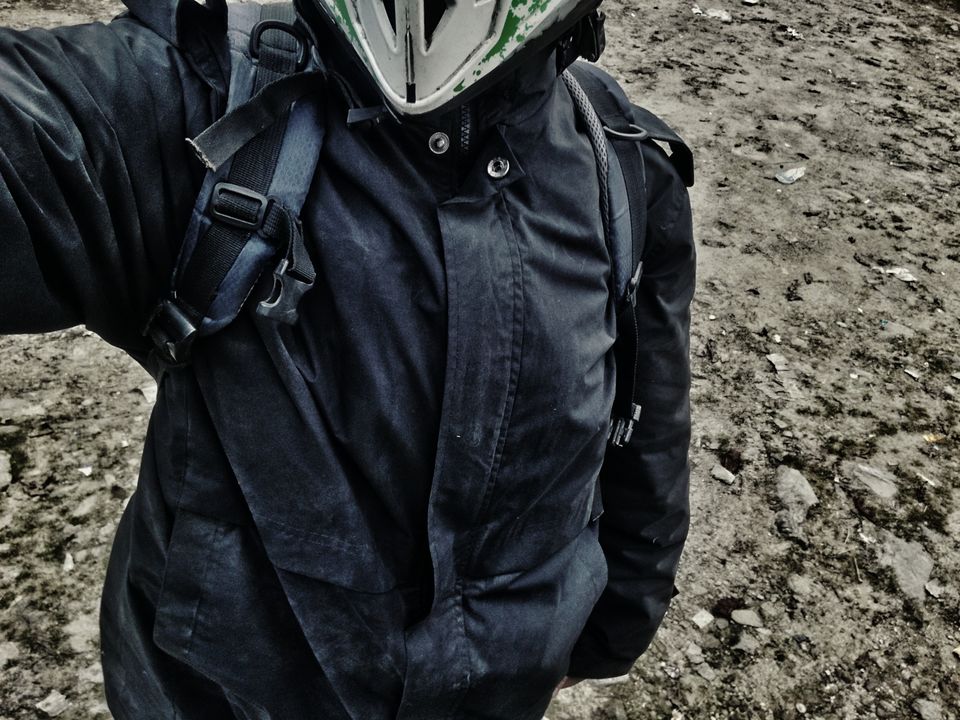 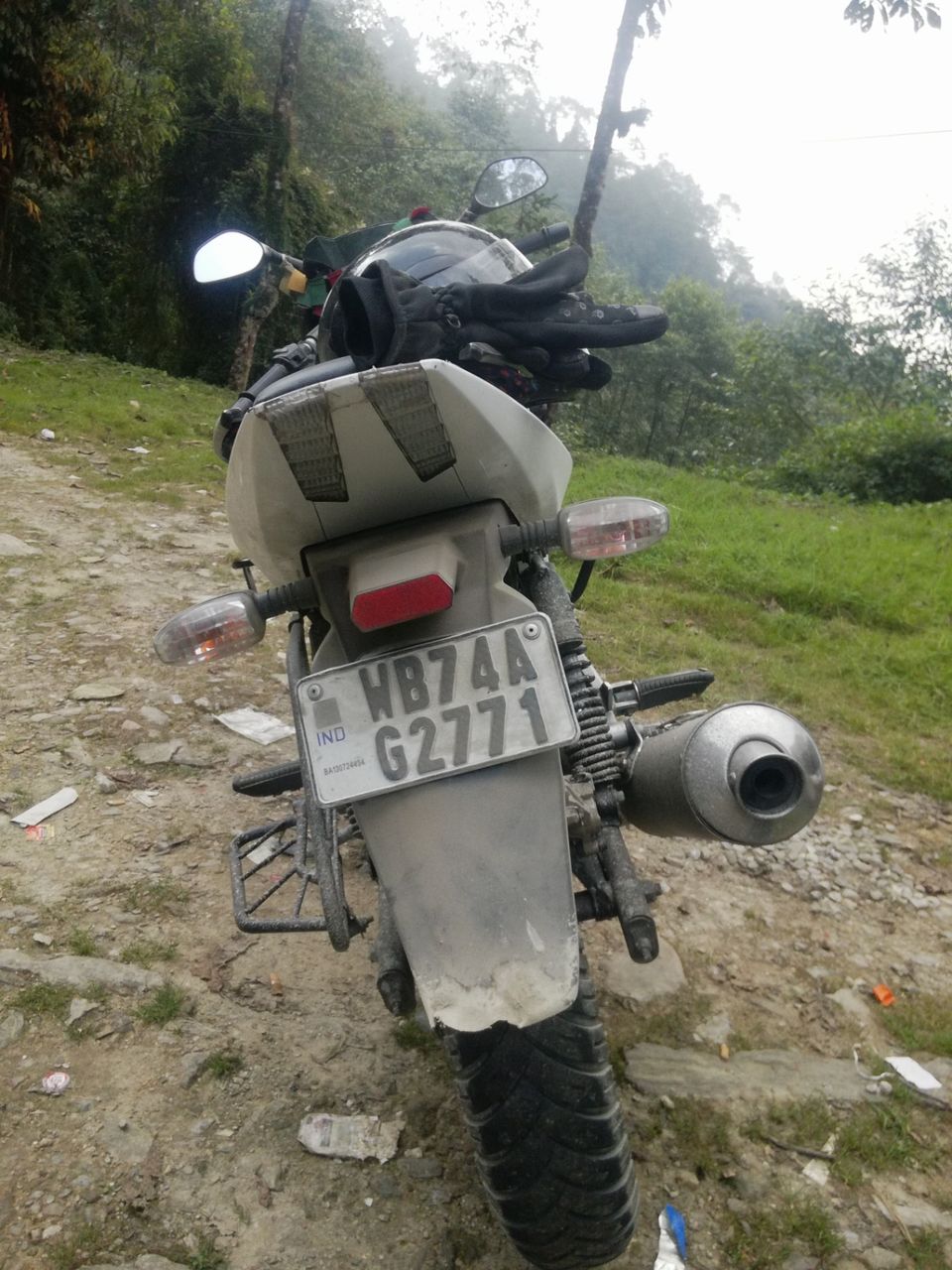 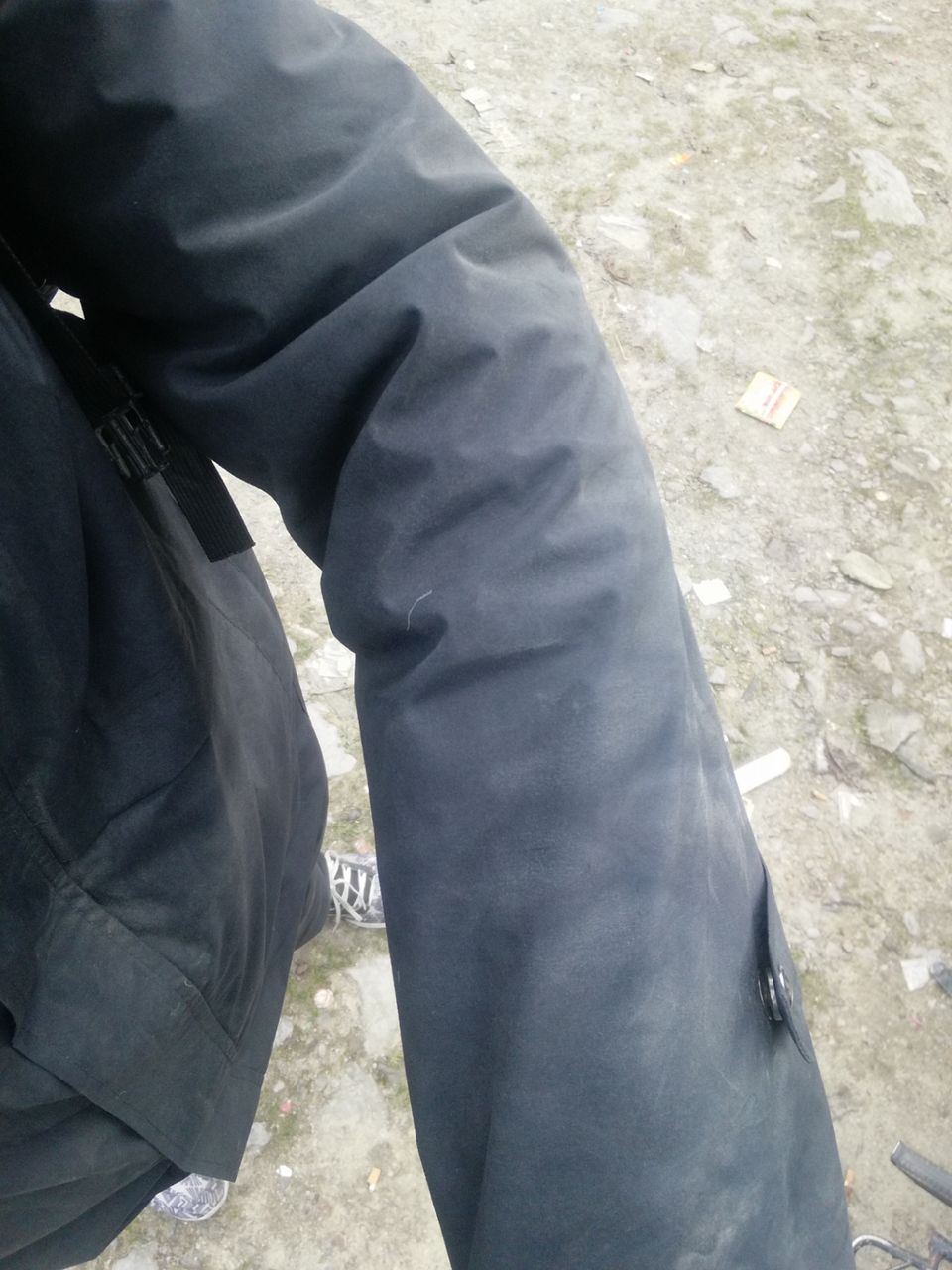 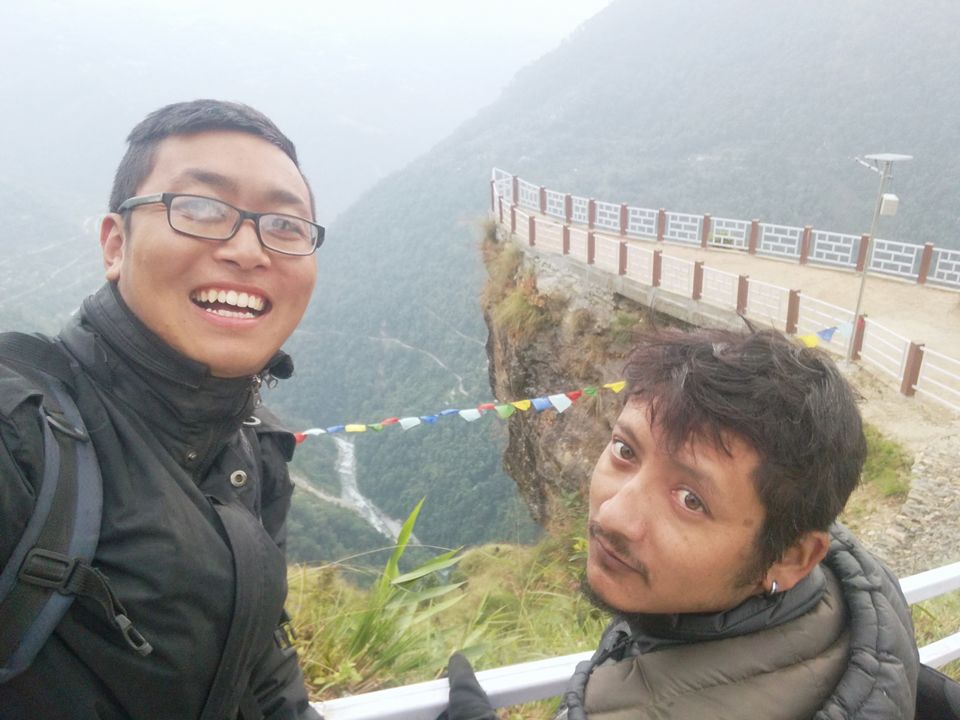 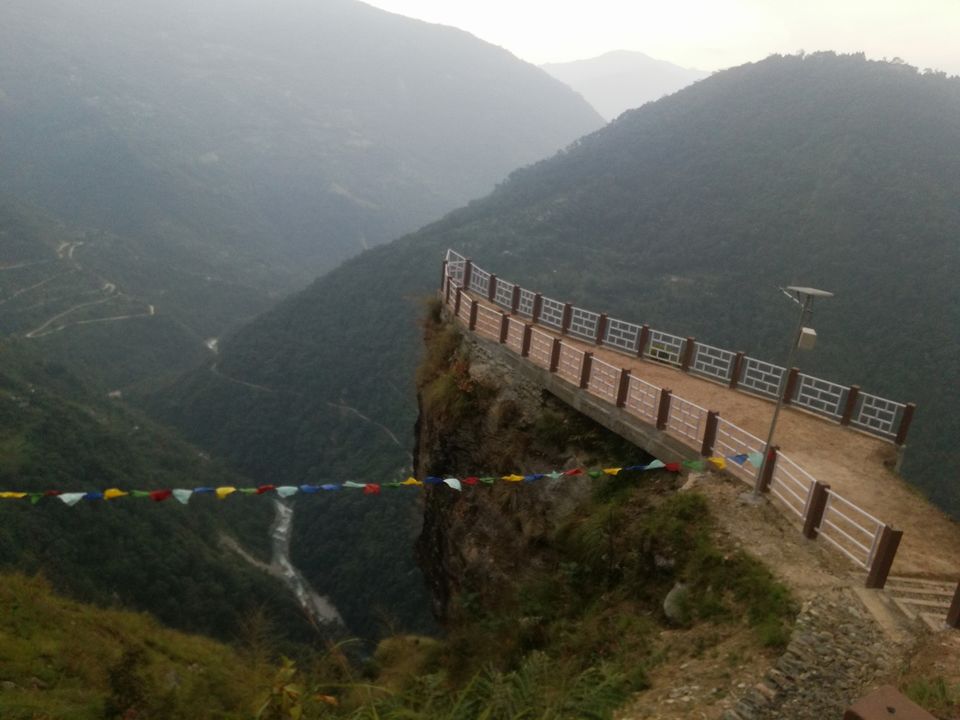