Being a foreigner for the first time ...

By siblings on a voyage 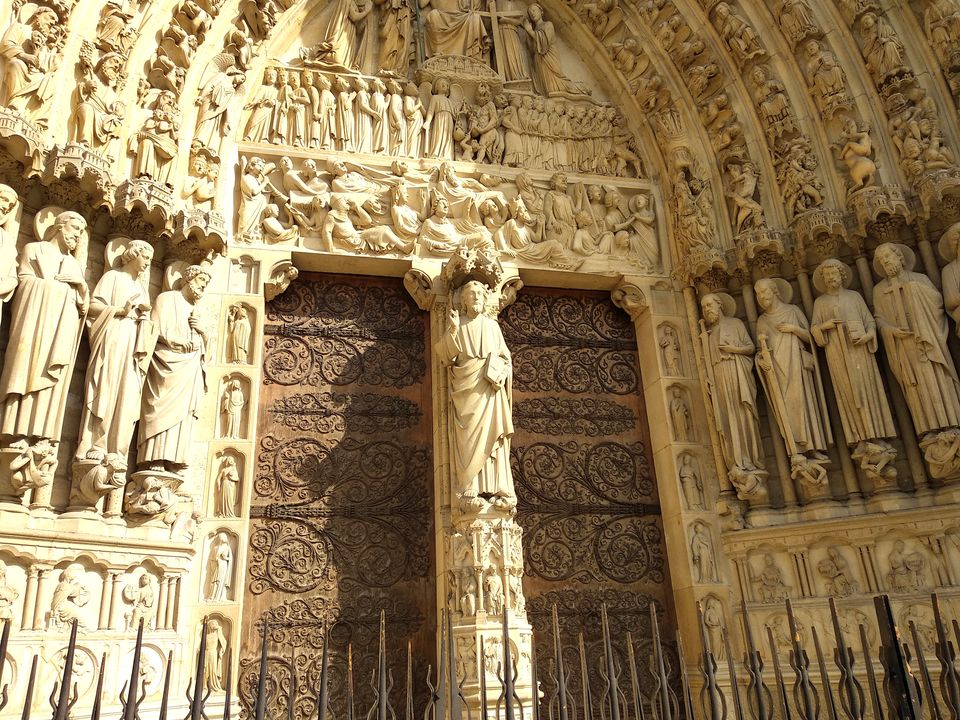 International trip always seemed to be a fantasy and Paris-Switzerland being the epitome of it.When it did happen we were in ecstasy.Yes! we made our fantasy real.

Like everyone we always dreamt about our 1st international trip. Where, when and how always bothered us . Finally we decided on Paris,one of the most popular and beautiful cities of the world and Switzerland, heaven on earth .

Is the trip worth recounting of? Yes, sure it is. How we made the plan ? No doubt the 1st ever trip has to be in Europe but where to. We had only 8 days of leave. So we had to decide on one or two countries. I was willing for a secluded yet surreal place but my family was adamant on the cliched ones.With lots of confusion and confrontations, we finally decided on the most yearned places of many travellers. Paris and Switzerland.

Our family ( parents and we,two sisters)went on a group tour for 6 nights 7 days (21st April to 28th April) with Paras Holidays. The thrill of being on the international side of the Kolkata airport was just ineffable and Istanbul, Paris and Zurich airport took us in seventh heaven. The aerial view of the Alps mountain range was worth mentioning.

After long hours of being airborne we finally reached Paris. As promised a luxury car was waiting for us in the airport.The drive from Charles de Gaulle airport to the hotel was a total bliss. Everything felt illusory. The hotel we stayed in and the luxury coach we rode on were neatly arranged.

The very first thing we did when in Paris was indulging in French cuisine .Why ? Because we are foodies. By the time we reached our hotel it was almost dinner time, so after freshening up we decided to have our dinner at a nearby French restaurant. The menu being in French we depended on garcon to decide for us . Ah!! We had a sumptuous dinner .

The next day tour began with tour de Eiffel . How anyone can resist oneself from the iconic EIFFEL TOWER! The first glimpse of it was wonderstruckingly beautiful.

The aerial view of the city of Paris from top of the Eiffel tower was worth the euros.

The tour guide took us to different places of interest. Every nooks and corners of the city narrates its rich heritage . Every building, every structure depicts its high architectural background.Arc de Triomphe,Louvre Museum, Notre-Dame-de-Paris,Alexander Bridge,Concorde Square, The Opera Garnier, Seine river cruise ,all mesmerised us evenhandedly.

The day ended with the breathtaking sight of sparkling of thousands of lights on the Eiffel tower from Concorde Square.

Is this it ? No. How can Paris tour be complete without tour to Disneyland !

When in Disneyland it's time for the child inside you to come into play. We had fun recollecting the memories from our childhood.

A day spent at Disney land would be remembered for the rest of the life.

For the last night in Paris we had to walk through the most popular fashion Street Champs-Élysées St. while munching on French street foods.

The night ended with Lido Show and a glass of champagne.

The time to bid farewell to Paris and embark on our journey to heaven on earth. After long hours of drive we entered Switzerland.

After halting for lunch at Bern, we reached Zurich in the evening.After dinner at an Indian restaurant we checked in the hotel and called it a day.

The morning was welcomed by the grand complimentary breakfast. After indulging on the delicacies we hopped on the bus to go to Jungfraujoch. The transit from the hotel to Jungfraujoch was one of a kind. We had a stop in Interlaken. It was divine.

The ride to the top of Europe took us to a snow-covered utopian world.

The Cogwheel train was the porter for the trip.

Sphinx Terrace, Ice Palace were the attractions of Jungfraujoch.

Mt.Titlis and Lucerne were on the itinerary for the day. After having our breakfast , we got ready to relish Mt. Titlis where SRK romanced Kajol in DDLJ. Titlis Rotair took us to the top of Mt. Titlis.

We played and enjoyed in the snow , visited ice cave, ice palace , rode on ice flyer,did a cliff walk.

It was a cloudy day, so other sports were not available. But clouds with Alps caped in snow was no way less than a heaven.On the way down we spent our time enjoying the scenic beauty of Lucerne, famous Lions monument, Kappelbrucke and shopping Swiss chocolates and souvenirs.

The day when our 1st trip abroad ends could not be wasted on a hotel room. As the group tour ended the day before, we four decided to take a tour to Zurich on a tram on our own. It was a few minutes walk to the Tram station.

After enquiring which one to take to the city , we boarded the tram. The decor of the tram was splendid.

We boarded off on the last station of the route. The morning breeze and the serene Lake Zurich embraced us on arriving.

We wandered for few hours on the city and headed back to the hotel. We bid adieus and ended our week long trip with a heavy heart and wondrous memories.