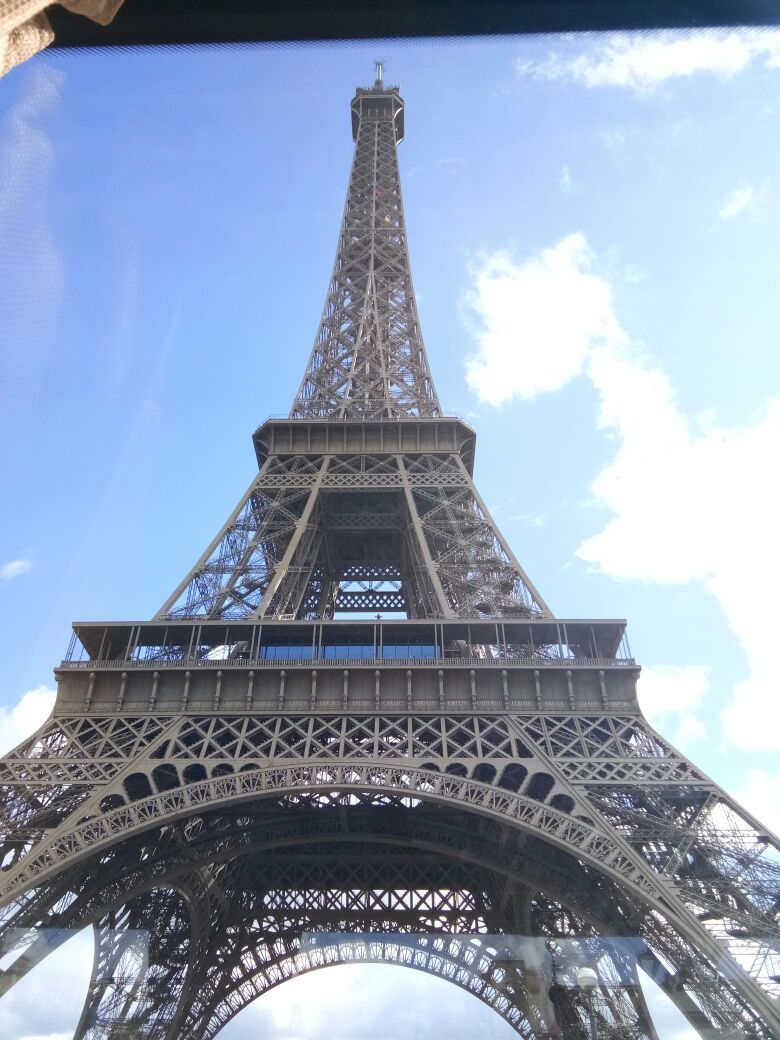 My rendezvous with Europe was one with a lifetime collection of memories. It was nothing less than a dream to behold the love of Paris, Charm of Disneyland, affection the Eiffel Towers holds, sublime beauty of Switzerland, snow clad mountains of the Swizz, chilly winds, mesmerizing greenery of Interlaken and the Roman heritage which can easily take ones breath away.

Although one itinerary is far too less to feel the pulse of the European nations, yet, the memories one makes by simply capturing the world's wonders in your eyes are way enough reminiscences.

Day-1-Landing in the Capital City of France

The first day of our tour began with our flight landing at the Paris International Airport. The beauty of the Airport was way too admirable. The thrill of landing on a foreign land was indeed delightful.

We were taken to our hotel via bus and post the check-in formalities the day was spent at leisure. Next day morning after a not-so-hearty continental breakfast, we boarded our bus for the Land of Wonders-"Disneyland".

"Disneyland of Paris" as it is popularly called is one stop destination for thrill and adventure. One can simply enjoy the adventurous rides or indulge in some french delicacies or can leisure around in the Disney markets. Fun place to be with family or friends, it was a perfect start to our Europe tour.

Not so exhausted, yet a little tired we moved back towards our buses in the evening and after a wholesome Indian Dinner we reached our hotel rooms with funfilled memories of the Disneyland. 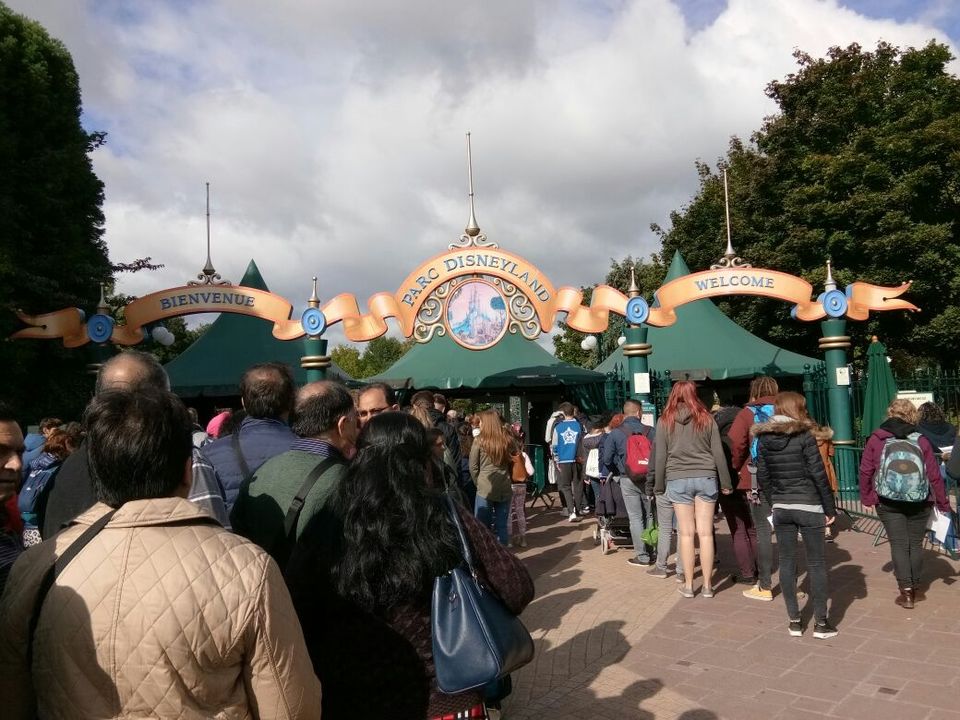 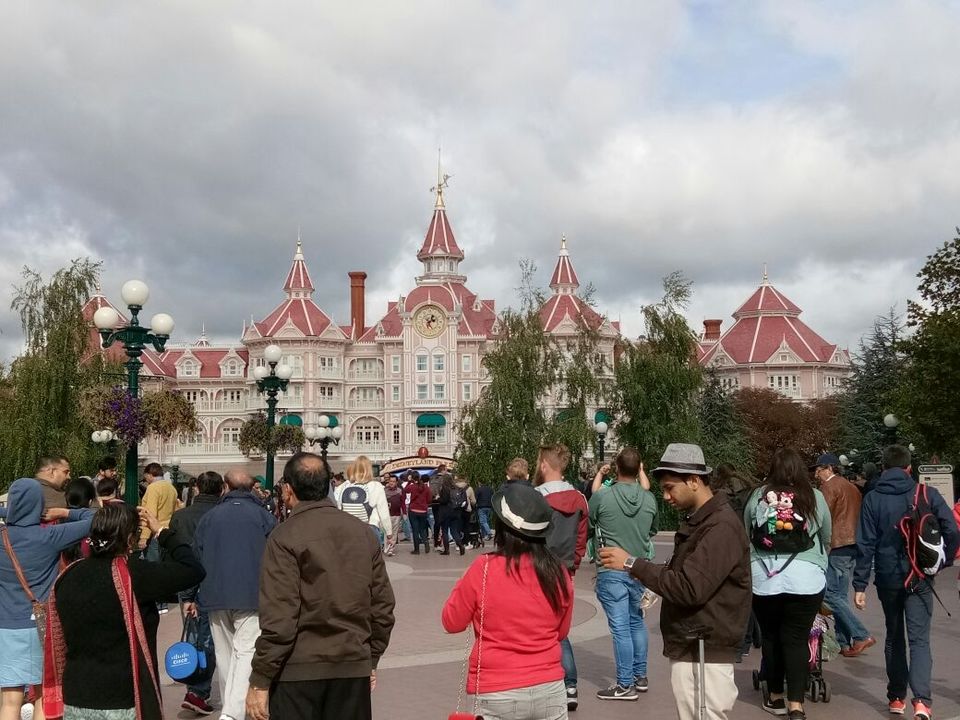 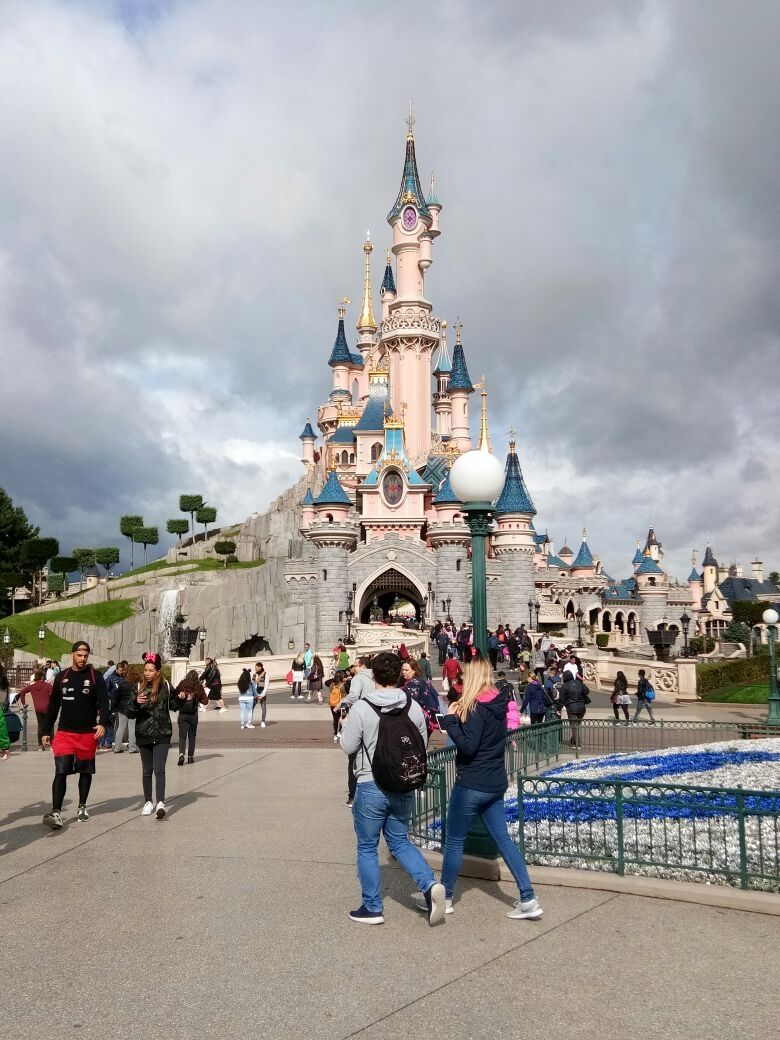 Next day, was the time to bid good bye to the Country of love and romance and head towards the God's most beautiful creation on the Planet- Switzerland. It was a day long bus ride on the hurdle free, smooth roads causing minimum fatigue. We enjoyed the scenic beauty clicking pictures all our way to the Swizz City. We reached our hotel at around 7:30pm, had dinner and retired for the night.

Next Day morning, we visited the beautiful city of Interlaken. Its striking picturesque scenic beauty gave us some of the finest photographic moments to capture. Memories were made in the lap of nature whilst we enjoyed the Chilly winds amid the lush green mountains capped with cloud like white snow casting a mesmerizing spell on its beholders.

The day was well spent clicking pictures, shopping for the world famous Swizz chocolates and enjoying on the streets of Interlaken. 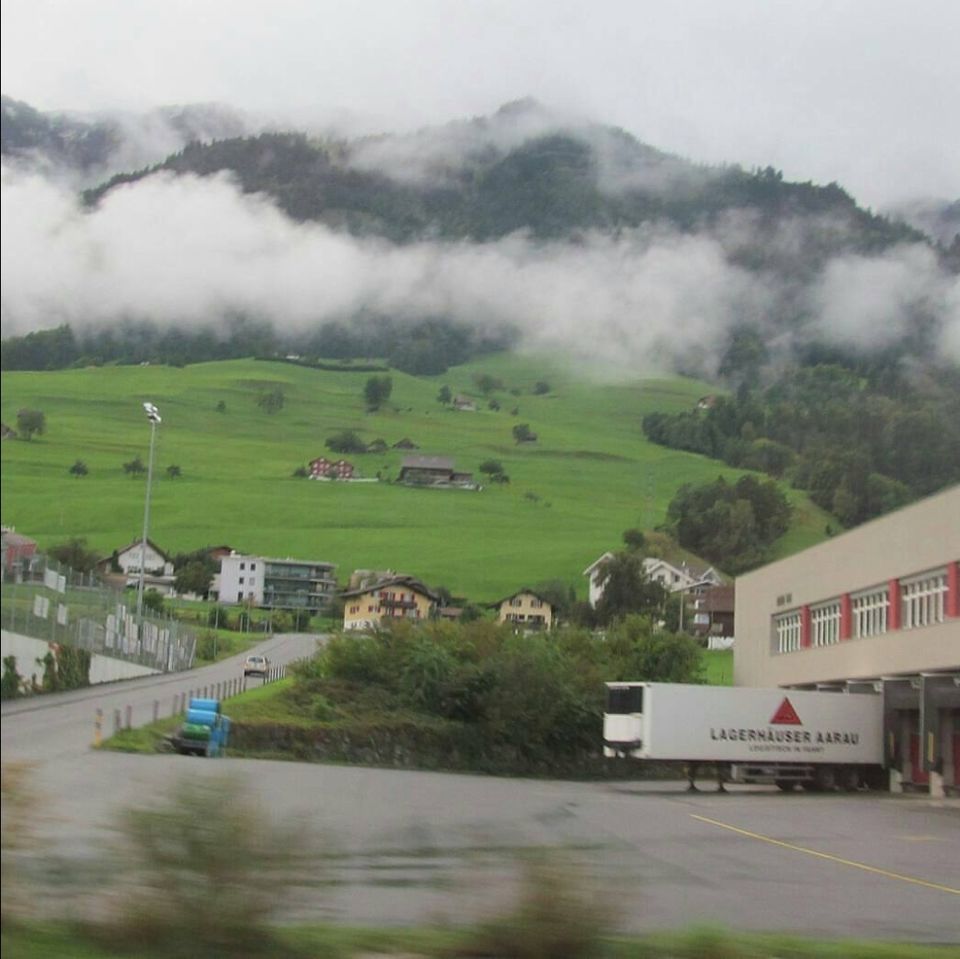 Next day morning , we left for Italy. It was a day long bus journey as we checked into our hotel room in Venice at night to relax and feel afresh for enduring memories of Pisa, Venice, Rome, Vatican.

Venice was our first stop destination in Italy. Venice is a collection of Islands. The only way to reach the Island is through a water boat through the Adriatic Sea. The Azure sky, the pristine sea and the beauty of its artwork makes for an impeccable destination. The pulse of the city is such that it can make you stay forever. The breezy winds, serene weather and the remarkable landscape leaves an everlasting image in the beholder's mind.

After a memorable trip to the City of Venice, we moved to our hotel in Pisa. Next day morning, we set out to visit the monumental Leaning Tower of Pisa. Pisa has the famous Flee market where you can shop for souvenirs making best use of your bargaining skills. Then, we visited the famous Leaning tower of Pisa known worldwide for its unintentional tilt. Click pictures to get the best view of the Leaning Tower. 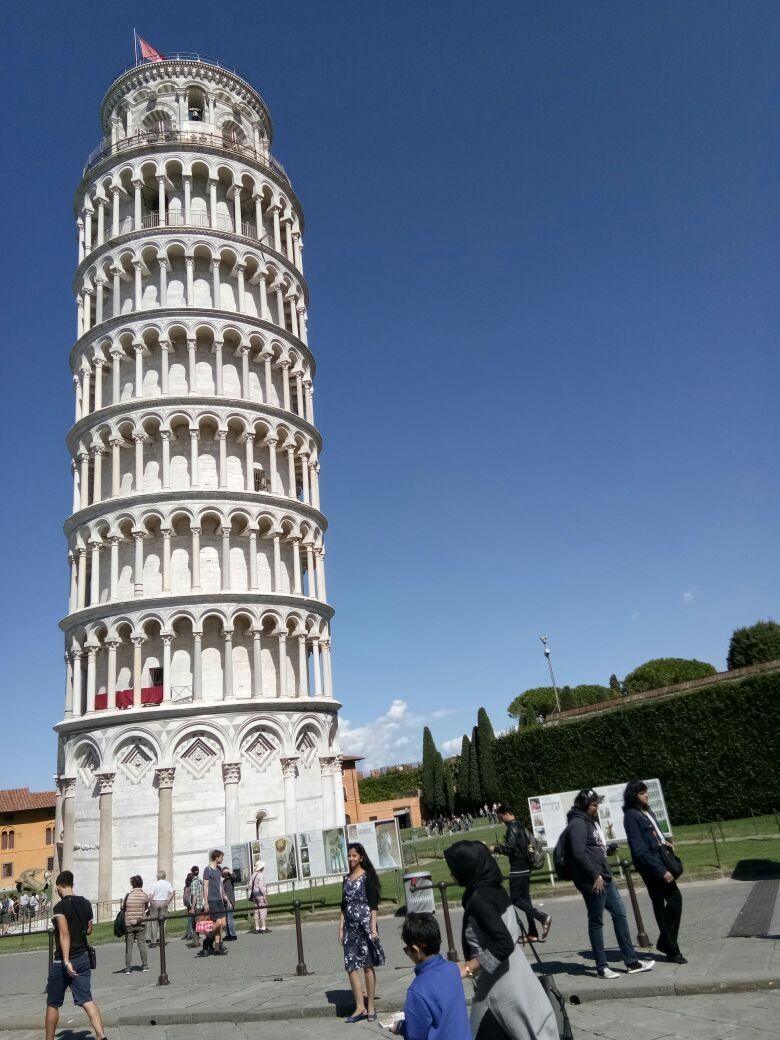 Day-9- Rome was not built in a Day

After the shopping spree and rambling around the Pisa, we checked into our hotel in Rome. After an overnight stay, we headed for a City Tour of Rome, our final destination of the Trip. Rome's existence dates back to thousands of years. People from across the globe visit the city to experience its architectural heritage.

The city tour began with the world famous Colosseum. Marvel created ages ago, is a must see historic landmark. Next, we visited the Trevi fountain. The beautiful fountains, clear water and the sculptured figures adds to a lively experience.

Last but not the least, we visited the Vatican City-St. Peter's Basilica. The most important Christian Monument is the burial site of St. Peter. Being a pilgrimage place, hosts of tourists and worshipers visit the St. Peters Square to admire the architecture and offer prayers. The tour of the city actually makes you believe that "Rome was not built in a Day".

Our tour officially concluded here but not without the admiration of the enormous and awe-struck beauty of The Rome International airport.

We boarded our flights taking with us a lifetime of magical memories!! 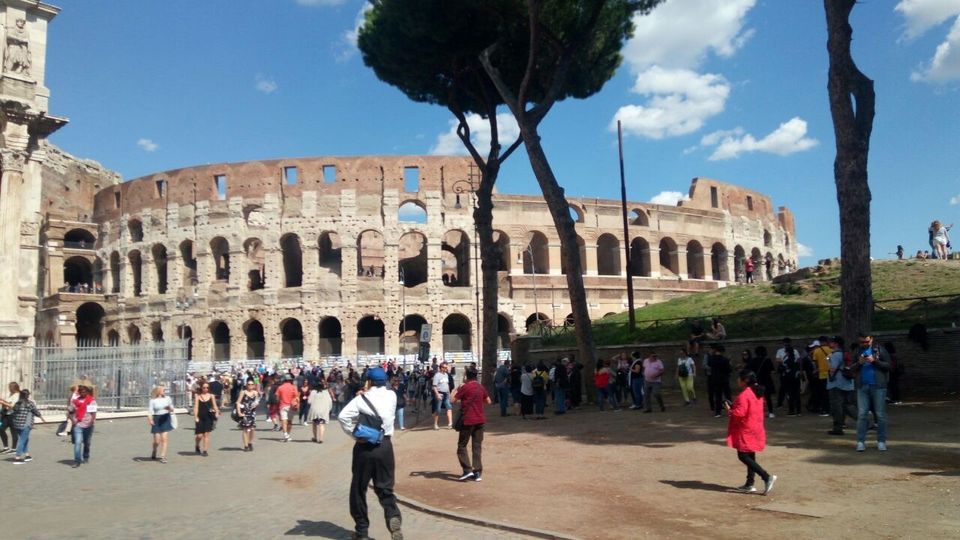 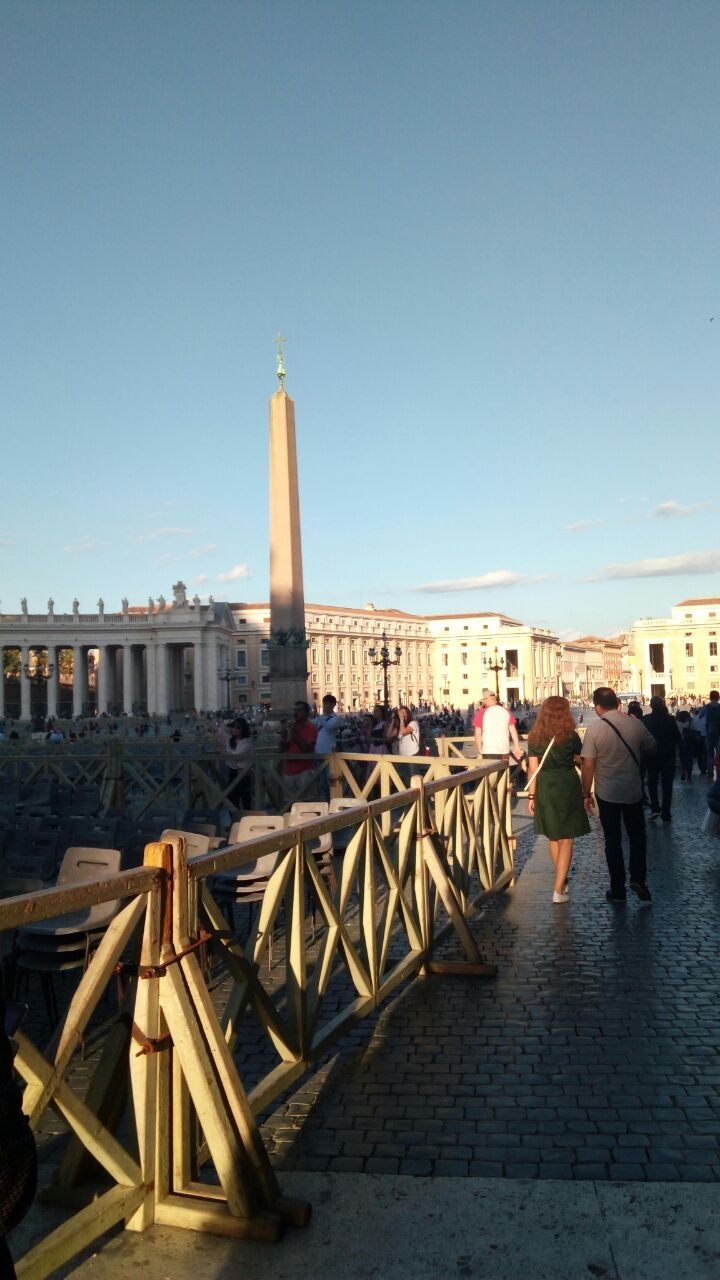 Next day morning was the turn for sight seeing of the city of love-Paris. Beginning with the Arc De Triumph and learning the history of the monument from our Indian Guide, we got a chance to finally see the monumental Eiffel Tower standing tall and straight. It was time to have that perfect shot clicked with the marvel.

Later, we covered other important landmarks of the city such as the Lowered Museum Glass Pyramid, The Concords Square, The Invalids learning something about the existence of each archaeological works.

After a mesmerizing feel of the view, it was now time for the cruise in the river Seine. It was a memorable 1.5 hours cruise and covered a major portion of the city. The sights, the bridges, the architectural landmarks, of the City were all captured in our camera rolls.

Post dinner, it was now time for a view of the illuminated Eiffel Tower at 10:00pm. All the video cameras opened up to capture the sparkling Eiffel tower. 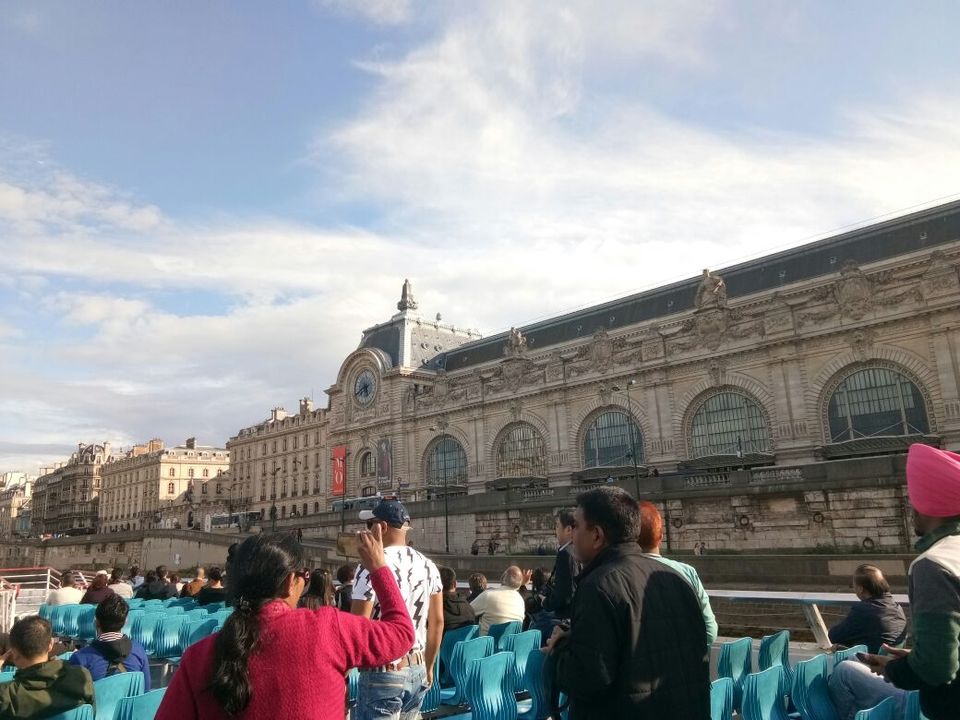 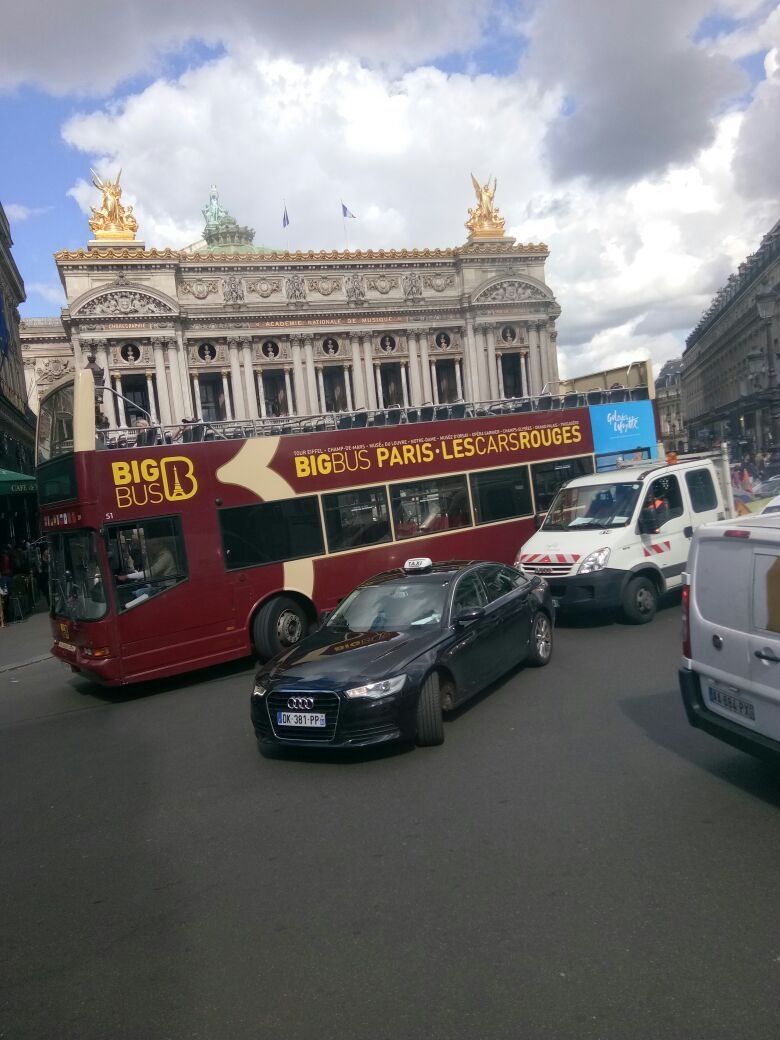 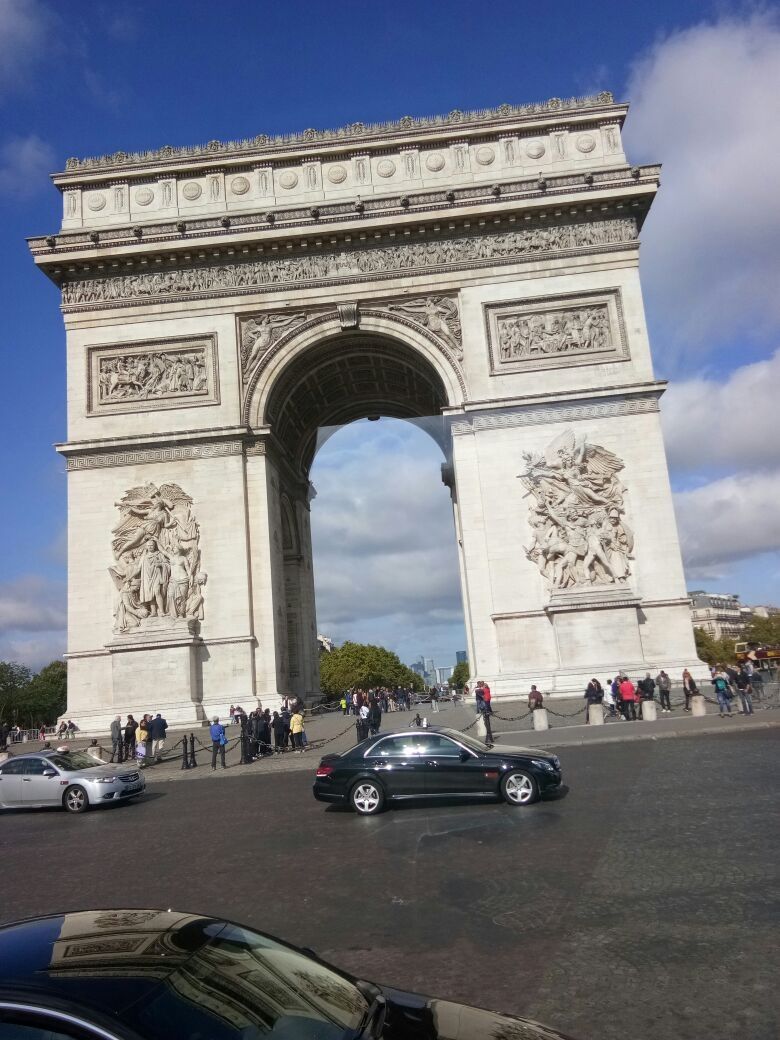 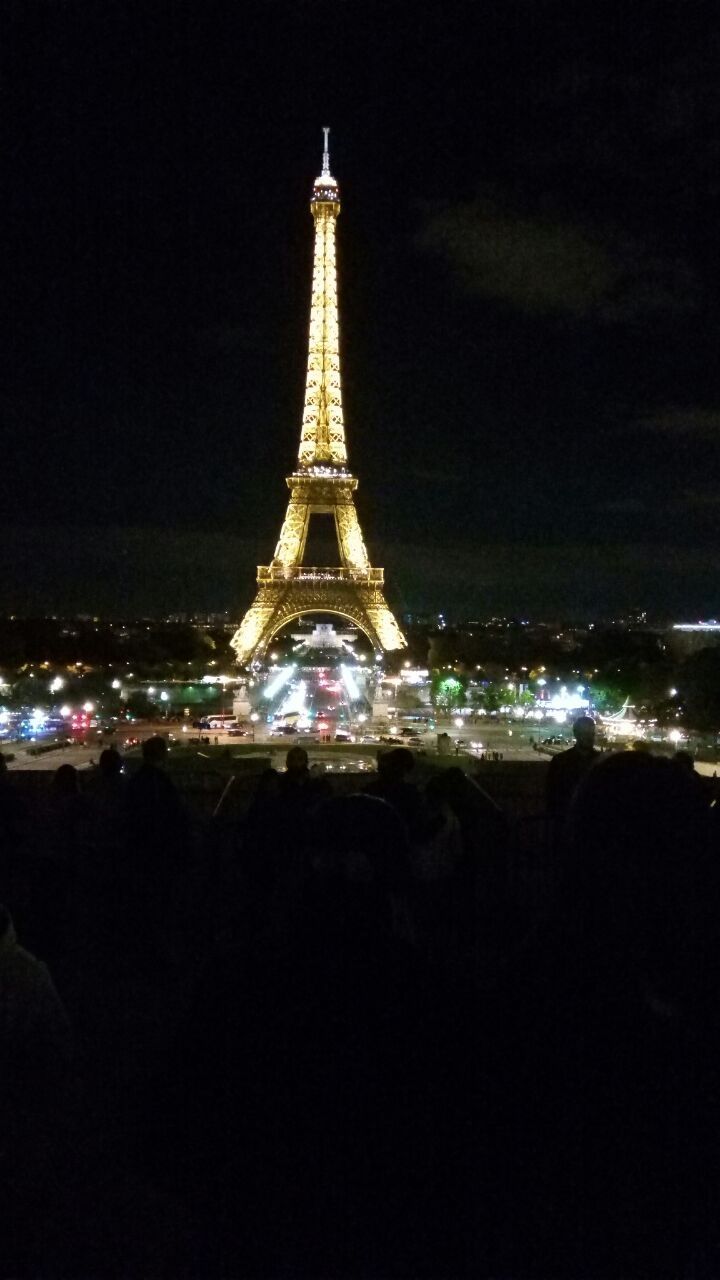 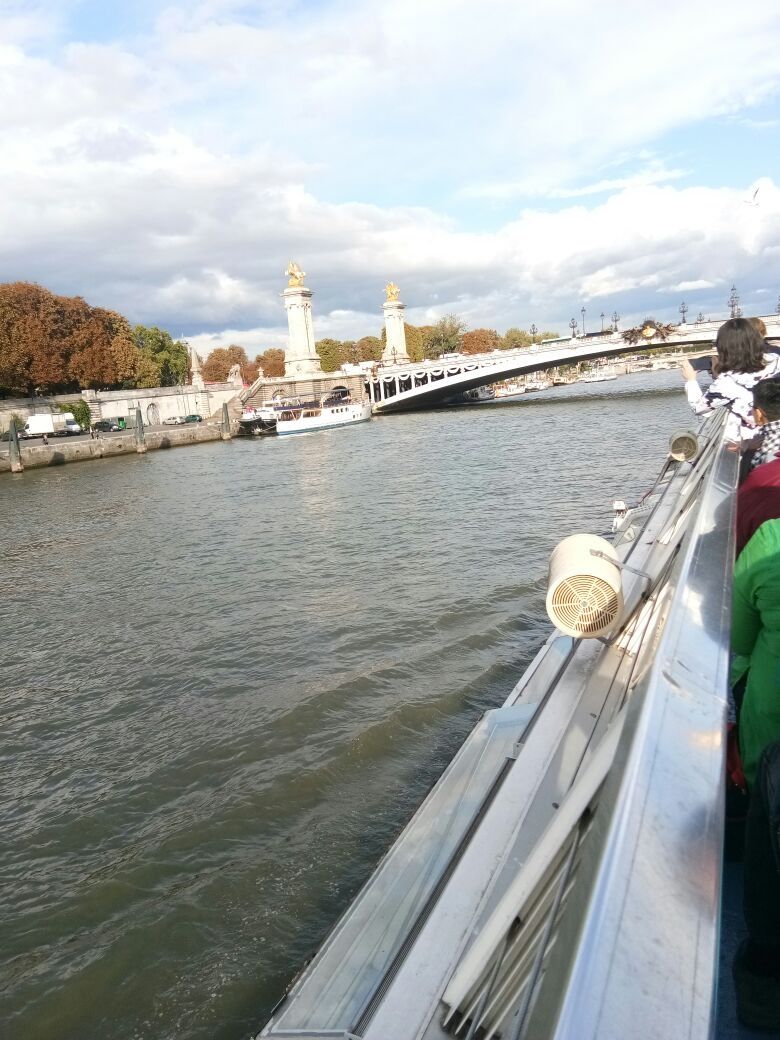 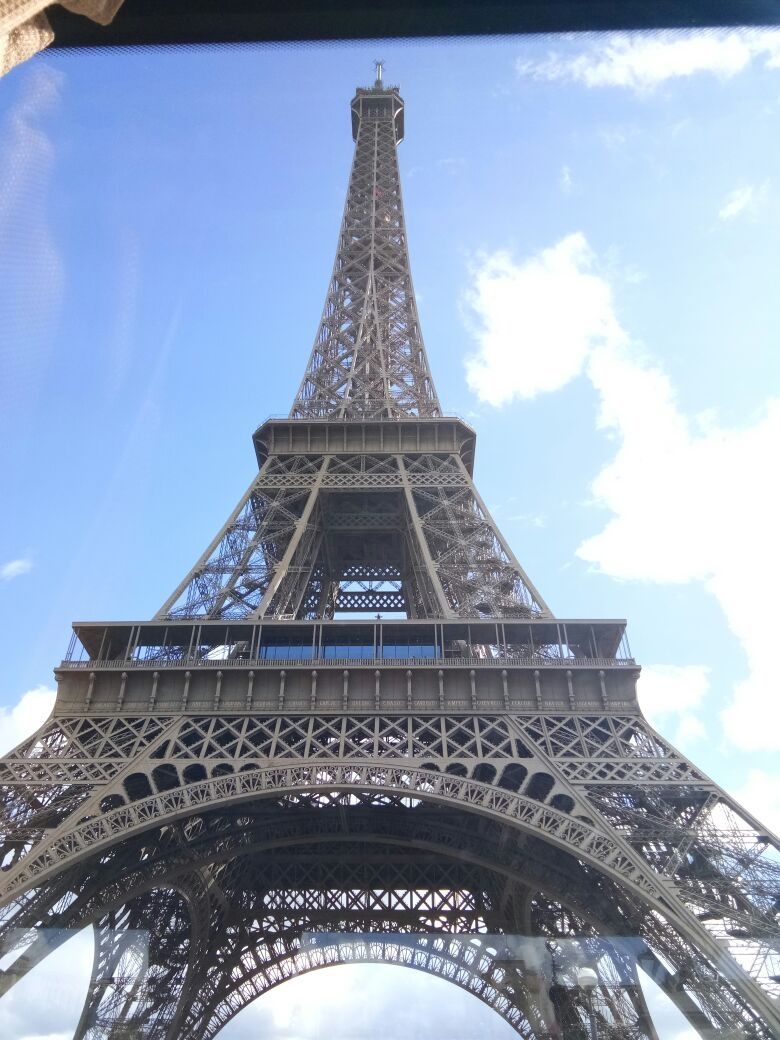